Welcome all to the 2016 Mod of the Year. After 20 days of very close voting, the results are in.


There are so many amazing mod projects on the site that have been in active development for such a long period of time, they consistently leverage their communities, garnering themselves well deserved attention, this passion and love of mods we hold so dear is the core at which these awards are run.

If there's a project you love, please come join in, leave a reveiw so the developers know you care, follow, tag and stay up to date with their latest development news and showcases! Join in and submit your own mod to be eligible for next years awards!

Without further adieu, we are delighted to present your Top 10 Mods of 2016. Also announcing the top Indie Games, VR experiences and Mobile Games you're invited to check them out!

As always you either had to place higher or do a significant update in 2016 to make this list. Here are the 2016 honourable mentions, that just missed out but are still worthy of your praise and attention.

9th | RHS: Armed Forces of the Russian Federation (A3) 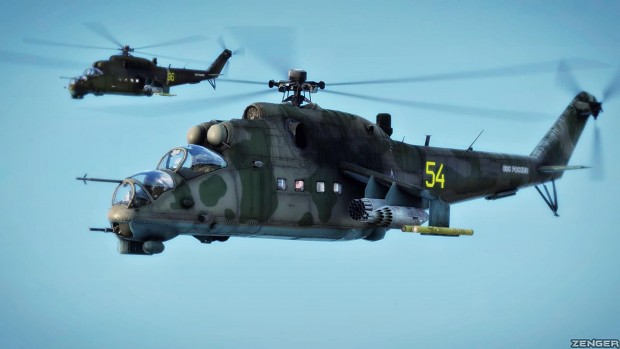 Expand your Arma 3 experience with highly detailed and realistic Armed Forces of the Russian Federation and United States Armed Forces. This mod brings contemporary warfare between the world's superpowers to the next level.

8th | Call of Warhammer: Beginning of The End Times 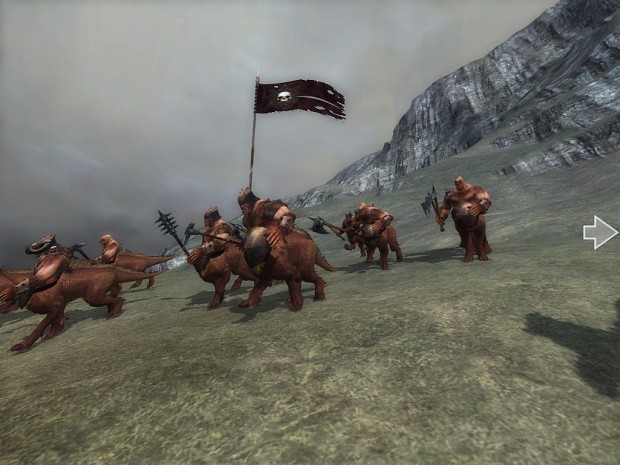 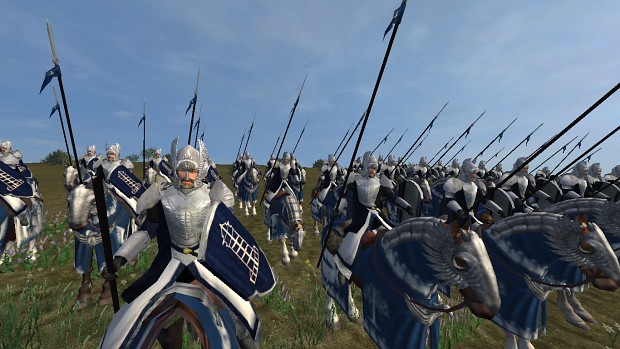 Divide and Conquer is the biggest Third Age total War submod of all time. After all these years we finally got a release again. It contains tons of new factions, units, scripts, 2d and more! Many might have played it already back in 2009, it has been in developement for over 4 years now, but that was a very uncomplete release by a completely different team. With an almost completely new team Divide and Conquer restarted the work almost 2 years ago and this is the result. Lots of new factions, units, scripts and 2d, all made and tested by experienced Total War modders. 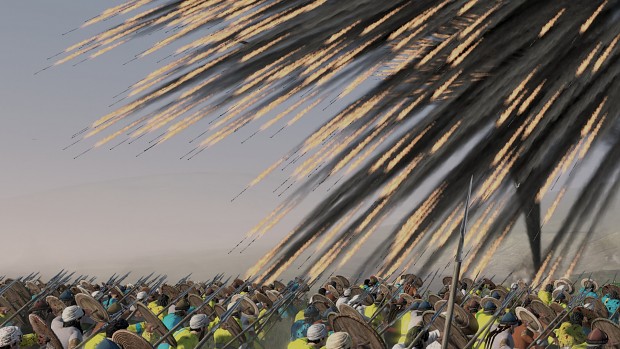 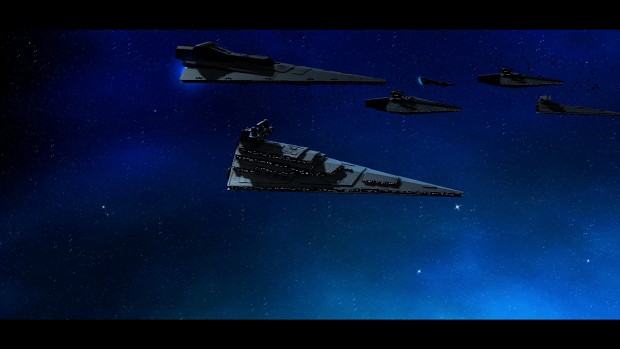 Thrawn's Revenge is a large-scale mod for Empire at War: Forces of Corruption. It includes the events of the Galactic Civil War after Palpatine's death at Endor, up until the signing of the Pellaeon-Gavrisom treaty.

Start in 1910 with one of the Major Countries of this time and fight through the series of events that lead the world in the first bloodest confict: the First World War.

Become a member of the Triple Entente or of the Central Powers and help your side in the Great War. 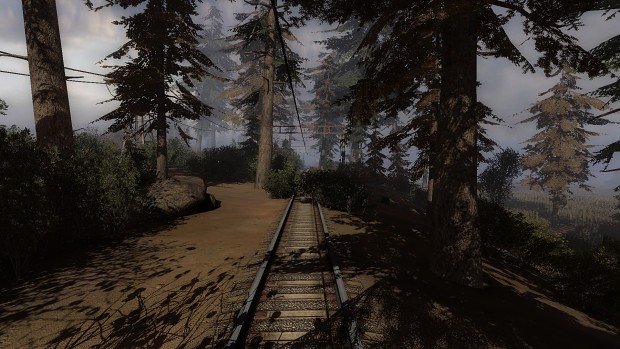 That wraps up this years awards, Congratulations to everyone! Happy new year and all the best with your developments in 2017!

I agree. Any Stalker mod should be recognized.

Get out of here stalker!

Well done TeamEPIC,S.T.A.L.K.E.R Call of Chernobyl was and is one of the mod who needed to win MOTY 2016 :) Good job to all members who voted for this nice mod, i really like it and played it and its so awesome,this mod give the best freeplay experience :D.

Congratulations everyone. This year's competition has been awesome!

Yeap! Call of Chernobyl;)
“Get Out Of Here, Stalker!”

CHEEKI BREEKI TO YOU STALKER

Wow, unexpected 1st place. Stalker community isn't playing around this year. :D
Thanks for the support!

You have no idea how close Enderal was. Both mods received well over 1000 votes and in the end it was less than a 1% difference

A winner is you!

You and several thousand others! Certainly deserving

You know at what position For Rome was?

A big thanks to all players, all guys who create addons for CoC, & to moddb stuff too.

I'm just waiting to see a mod with a new storyline based on CoC.

Congratulations to every modders & keep up the good work.

ModDB's MOD of the YEAR Competition 2016

As Official S.T.A.L.K.E.R. on Facebook, I posted over 200 of my personally
selected outstanding screenshots of CALL of CHERNOBYL during the Voting,
provided almost daily links to the ModDB Voting page and implored the
importance to the STALKER Community to vote for TEAM EPIC's outstanding
CALL of CHERNOBYL Mod and to send a message we want STALKER 2.

My announcing how a STALKER Mod beat a SKYRIM Mod:
I.imgur.com

Letting the people know who count what TEAM EPIC did:
I.imgur.com
I.imgur.com

My personal congratulations to TEAM EPIC for all their hard work,
continued support and improvement for the best STALKER Mod ever!

Congratulation to everyone and it's great to see that S.T.A.L.K.E.R. Call of Chernobyl is in the first place!

Also, I'm quite surprised by the honorable mentions which I expected that at least some of them would get to the top 10, but it's a pity that they don't get more votes than the last time.

Wow, it was a surprise for Beginning of The End Times to make top 100, then a bigger one to win Editor's Choice for Creativity, and now even bigger to make the top 10! Thank you so much to everyone that voted, or even took the time to check our mod out!

I hoped you guys would make it that far!

You would have definetely deserved a place in the top 3! BoTET was Amazing work!

Thank you so much for the honorable mention, ModDB. I wish we'd had a better shot at the prize this year, but life happens and plans get changed.

Congratulations everyone! Thanks for an epic year!

Damn, this year was tough! Lots of good mods out there, congratz to everyone! Maybe next year Zombie Panic! Source can have one last place again in MOTY.
Happy New Year folks.

Thanks to everyone who voted for Warsword Conquest.
We didn't make it in the top 10, but still we got an honourable mention which is already a big achievement!

Congratulations to all the other awesome mods' developers! :)

I know! That is bloody great, even to be mentioned shows the amount of support for WSC.

Call of Chernobyl deserved this one. This mod was the reason I didnt give up on Call of Pripyat.

Congratulations to everyone ! And, yeah... Call of Chernobyl truly deserved this one !

Congratulations S.T.A.L.K.E.R.:CoC for winning the first place! And good work to everyone else as well. 2016 has been a very interesting year, let's hope the next one will be as good ;) .

Happy holidays to everyone and keep up the modding!

Many Thanks for this Amazing 3rd Place, Happy Holidays to All of You!

Some awesome mods on show here! Congratulations to all that appear on the list. Delighted to see the talent on show. Looks like it's time for me to try out call of Chernobyl :D

Congratulations everyone. Well deserved prize for all the efforts you have put into these projects!

Congratulations! Ten years after Shadow of Chernobyl, the Zone is still alive and kicking! A toast for the EPIC Team and for every stalker around here!

Congrats, TeamEpic. CoC has being a ever improving experience and got even better this year.