'Third Age - Total War' is a total conversion modification for 'Medieval II: Total War - Kingdoms Expansion' that brings you into the world of Middle-earth.

~ Play epic and strategically demanding battles with the armies of Middle-earth and their respective heroes
~ An extensive playable campaign map featuring locations taken straight from Middle-earth lore
~ 14 unique factions, including Gondor, Rohan, High and Silvan elves, Dwarves, Eriador, Dale, Arnor, Isengard, Mordor, Rhun, Harad, the Orcs of Gundabad and the Orcs of the Misty Mountains
~ A great variety of units, including many famous creatures like Ents, Mumakil, Trolls, Wargs, Spiders or Sauron himself
~ More than 25 custom settlements and famous locations

There is a lot of more to discover including Improved AI, new sounds, music, movies, custom artwork amoung many other new features...

Third Age - Total War is a must have for all strategy and Lord of the Rings fans alike. 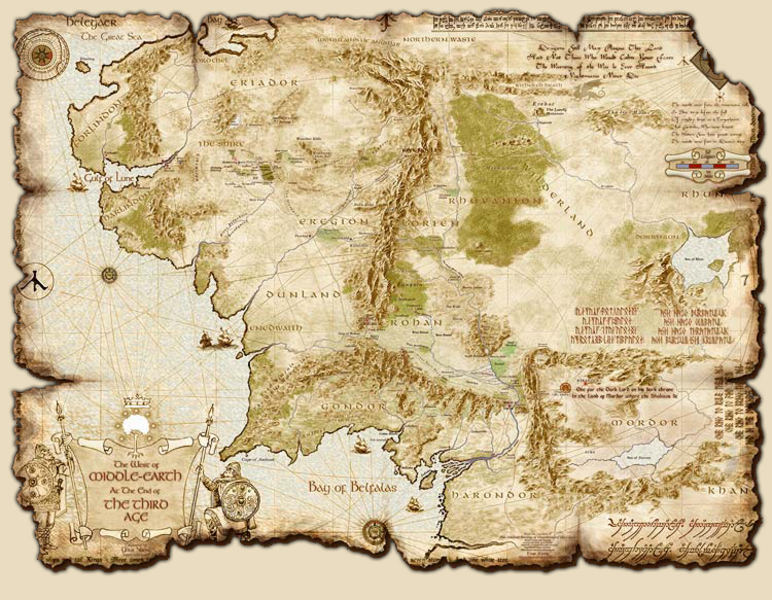 Play on an extensive historically accurate map of Middle-earth as it was in the Third Age, including 115 settlements taken straight from Middle-earth lore and completed with several fictional locations.

Visit the wonders of Middle-earth, like the Three Towers, the Argonath or Durin's tower and see all the unique locations of Middle-earth like Minas Tirith, the Black Gate or Isengard. Battle in the hills of Rohan, the huge forests of the Mirkwood or the dark ash of Mordor.

Play with all important factions of the Third Age, including Gondor, Rohan, High and Silvan Elves, Dwarves, Eriador, Dale, Isengard, Mordor, Rhun, Harad and the Orcs of the Misty Mountains. Every faction has its own strengths and weaknesses, benefits and disadvantages on the battle as well as the campaign map. Decide if you want to face your enemy with a small, but trained and heavily armored army or if you count on masses of units to overrun your foes. The unit design is based on visual references of the Lord of the rings movie trilogy, completed with fictional units and artwork, all based on the lore of Middle-earth.

3. The Gameplay
The end of the Third Age is a time where good and evil wage a decisive war for the final domination of Middle-earth. Both ways, freeing the good people of Middle earth as well as bringing the world under the shadow will not be an easy task for the player. A new campaign and battle AI will make the player's life much harder and a unit recruitment based on a cultural level and a regional recruitment requires strategically decisions and will slow down your expansion if not properly planned. The AI will also receive certain bonuses like extra money or additional armies if they get in serious trouble to compensate the lack of human intelligence and the lack of income through missions.

4. The Design
In order to reflect the world of Middle-earth as good as possible, there is an almost complete rework of the 2D and 3D design, including settlements, locations, the interface, the symbols and pictures and much more. To create an even deeper atmosphere, all cultures have a unique set of music and unit sounds and voices were completely changed for many factions. Lastly there is a huge amount of new videos, including the intro, the faction intros and many in-game events.

Requirements:
- TATW 3.2 is a stand-alone version and does not require any existing installations of TATW!
- If you have installed a previous version of TATW (2.1 or older), it is recommended to delete the old version before installing TATW 3.2.
(Note that TATW doesn't change any registry settings of your system, so you can also delete the old TATW folder "Third_Age" manually.)
- TATW 3.2 requires the 'Medieval 2 - Kingdoms Expansion' and is compatible with the official patch 1.04 and 1.05. (One installed campaign of the 'Kingdoms Expansion' is enough)

You do not need the 3.1 patch, it contained a virus, just download the 3.2 patch and it will work.
into the default "Medievall II Total War" directory.
(Normally this is: "Programs/SEGA/Medieval II Total War")
If you have installed Medieval II into another folder, please select the folder manually.
- Start the mod with the 'Third Age - Total War' shortcut on your desktop

Additional installation instructions only for Steam users:
1. Install all parts of the mod as instructed above.
2. Open "Steam/Steamapps/Common/Medieval II Total War/mods". There you will find all your installed Kingdoms campaigns as well as the "Third_Age_3" modfolder.
3. Edit the name of one of the Kingdoms folders (americas, britannia, crusades, teutonic), preferably your least favorite campaign. The new name doesn't have to be anything specific.
4. Change the name of the "Third_Age_3" folder to the former name of the Kingdoms folder you just edited. For example, if you edited the "americas" folder, the "Third_Age_3" folder should be named "americas".
5. Select the appropriate campaign from the steam menu. If you renamed the "Third_Age_3" folder to "americas", select the americas campaign. If you named it "crusades", select the crusades campaign and so on.
6. Steam will now launch the mod.

If you have installed 3.0 or 3.1 and renamed your folders before you have installed the 3.2 Patch:
- If you have already renamed the "Third_Age_3" folder to one of your 'Kingdoms' campaigns (for example to "americas") install the patch normally.
- After the installation, move the files of the newly created "Third_Age_3" folder to the renamed folder manually.
(For example cut the content of the "text" folder from the newly created "Third_Age_3" folder and paste it into the "text" folder of your "americas" folder.)
Note : The "models_missile" folder has to be copied to the normal ".../Medieval II Total War/data" folder!
- The "Third_Age" folder can now be deleted.

- The Custom Settlements are mainly designed for the campaign map, therefore custom battles with most custom settlements should only be played 1vs1.

Many Gondorian units were completely reworked and improved.

We have released our fifth faction preview, the latest one released is Mordor.

We have released our fourth faction preview, the latest one released is Dwarves. You can see all our previews in our forums here at Mod DB or at our home...

We have released our third faction preview, the latest one released is Harad. You can see all our previews in our forums here at Moddb or at our home...

Looks like the mod creator isn't around here... Someone knows when the One Ring appears? I am in around turn 50. I don't know if I corrupted some file.

Can someone tell when the One Ring appears? I am in turn 43, around there. And the Ring still doesn't appear!

It keeps crashing literally every 5 minutes.

Bro download divide and conquer 4.5 instead. It's an upgraded version

it gets to a loading screen and exits without warning or error message. Please help

Hi for some reason the third age total war folder didnt appear in mods. It is downloaded and installed but I cant seem to find it.

would be nice if the 'evil' people of the east didnt have arabic/muslim names sigh..

can't even enjoy fantasy or games without the constant dehumanizing, racist demonization and fantasizing of murdering brown easterners like me..

i see it everywhere when people stream games, they fantasize about crusading and killing us all..
Even in warhammer they hype up the crusades against 'araby' and make fun of arabs/muslims in their lore..
it's just so sick, evil and tiring *double sigh*.

Bro its games thats not real, chill out n quit being so soft.

>i see it everywhere when people stream games, they fantasize about crusading and killing us all..

stop making things up please. you're not helping yourself. racists gonna be racists. but the settings aren't.

Or you shouldn't be such a complainer. You people seem to find problems everywhere where none exist.
What would you have them called then? Tommy Jones? Paddock Brown? That's reaaaalllyyy emersive!!
Tolkien described the tribes of harad and rhun as a nomadic people simmilar to of that of medieval Arabia. So naturally the modders made this decision.
Now stop trying to find pitty from other people and find pride from where you come from. It will make your life more enjoyable.

cry me a river. you don't like lotr or warhammer lore don't play it. genociding araby and harad/rhun is the best part of the games

you prove my point.

there are lots of games that i don’t agree with out there, and ya know what, i don’t whine about them, i just don’t play them.

You must be a troll, there is no way someome is such a bitch

ArcadeGames no one cares to be honest, it's just you and the special snowflake squadron lol - it's a fantasy world with no ill bearing towards you so chill please

It's hard not to give this one a 10.
It has almost everything you'd want from a LOTR mod in M2TW, and much more.

The only criticisms that i could give: As for right now, it lacks some really important plot parts from the earlier Third Age.
But Sub-Campaigns for each faction (or some) could definitely help on this subject.