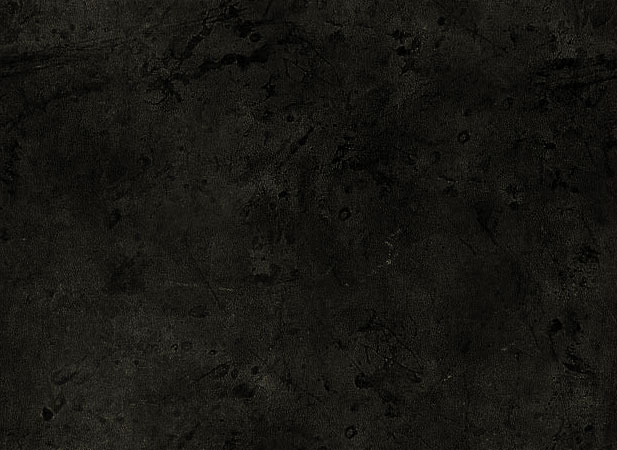 BEFORE YOU ASK A QUESTION!

Got a LOST ALPHA Game problem?
Don't post it here or anywhere else on Facebook. Why? The ModDB and FB formats make posts descend to the bottom with each new one and your concerns can easily be lost. Too many pages and posts can make your problems disappear.
Where to go?
The GSC Forums LOST ALPHA section is designed to post Game problems and to provide answers. In addition the format makes it easy to find previous problems posted where you may not have to ask.

For all of you that prefer to download via torrent here is the link: gameupdates.org
After downloading, please help to seed that beast ;)

All materials are property of GSC Gameworld and dez0wave group. Header image by Jeremiah Humphries.


Have you ever dreamt about playing the old, forgotten S.T.A.L.K.E.R. ?


We were amazed by GSC's work when they released the first S.T.A.L.K.E.R. screenshots in 2002. The old design, and atmosphere was stunning and we couldn't believe our eyes. Later in 2005 things has changed. They redesigned almost all old levels. Some of them became smaller, simpler (still nice, but different), and some levels were removed. After the release in 2007 we played the game a lot, and quickly noticed that some areas are missing. We opened forums, and talked countless nights about those for almost a year. Nowdays we could say, we have a full vision about GSC's old levels, due to the collected materials, videos and forgotten screenshots. We decided to remake those stunning areas, maybe they won't be the same, but we will try everything to make them look really nice, as we always wanted to see them. In early 2009, GSC released a build from 2004, which contained many old materials. We used some of the sdk objects for the level remakes, but adjusted (and bugfixed) them for our liking, also we didn't throw out our own levels. So expect to see our own Darkscape, Dead City, Rostok Factory and some more in Lost Alpha :)

Also need to say, Lost Alpha addon is not just about levels and levels. We will try to make a somewhat, but not fully restricted alife, and deliver a lot of new, never seen features, among with some old ones, which many people wanted to see for long. If you are interested in, check the Features menu for FAQ, Interview, Features List, and many more. Also do not forget to check the gallery, and the movies. All comments are welcome, also we are glad to see suggestions too, however at this stage those won't be considered.
Thanks for your understanding!

OFFICIAL WEBSITEF.A.Q.VIDEOSIMAGES
"the original you always wanted brought to life"
Mod of the Year 2014 I Player's Choice
RSS Articles

With the announcement/new vid of STALKER 2 I see more traffic here, so I wanted to give a quick guideline on the different LA DC versions.

LA DC 1.4007: Is a mix of all the original teams work along with the RU team. The main thing it did was get rid of a bunch of cut scenes and the “Illuminati” bits along with lots of fixes and adding in more side quests. Must use the Storyline changes v1.08 mod from the launcher for full effect of the story changes.

LB's LADC 1.4007 Compilation: You must have LADC installed. My comp is just an extension of 1.4007, read all the notes. It retains the vanilla ideals, but updates/fixes some more stuff. It adds in the item usage mod for immersion that was released on the RU VK page as well. Also includes an unpacked Storyline changes v1.08 with additional changes by me, so no need to use the mod. This comp will only work with a few mods mentioned in the description. Also contains a newer configurator and bins. Link below:

LA DCE: Was solely made by the Russian speaking part of the team, the main developer being also the same person that was the LA DC main designer and scripter (Michael Rast). It does have lots of cool fixes/updates, but it is more like "Misery" type game play, designed for maximum challenge. The save system has also been changed to a check point save system. Read more about it from my article below:

*All DCE discussion is to take place under the DCE articles comments section.

There is a new version of LA out (DC Extended). Check out the details below for more information.

This news post is to be used more as a resource for LA updates from the RU team/modders.

We wish you a Merry Christmas with the release of Lost Alpha Developer's Cut 1.4007!

We wish you a Merry Christmas with a special full release of Lost Alpha Developer's Cut 1.4005!

THIS IS A ONE STOP SHOP FOR PEOPLE THAT DON’T WANT TO SEARCH AROUND FOR A NUMBER OF LADC 1.4007 UPDATES/MODS AND WHO WANT TO PLAY MORE OF A NEAR COMPLETE...

Hey guys, I HATE to post here but I have been stuck for hours! I went to the LA Wiki but it is no help. I think my game is bugged.

I'm in the Pripyat underground/sewers, and I found the key code, but I can find the code door?

I have been around in circles at least 20 times in the past 3 hours, and the only door marked on my mini-map turns me around when I approach it, telling me "That passage is closed due to collapse" I have been to the end of EVERY tunnel several times, looked in all of the side rooms, I cannot find a code door.

Again, I hate to bother you guys but I have no idea where to go for answers, ALL of my Bing searches take me to the same place, the Lost Alpha wiki, and the page hasn't been updated since 1.004.

Again, I'm right in front of the door that tells you that it is closed due to collapse.

That is not the correct door then. That place is a maze, need to take another path and explore. If you have the key code, there is a sealed door that allow you to use it. Just a tip you will hear zombies behind the door, if they are close, use a grenade to get them away.

Im trying to figure out how to increase weapon damage.
Can anyone help please?

It seems like tha game is bugged in the X2 lab. I got everything set up and have the privileges, power and the door code but the Cardreader will not activate and i cannot access the door. is there any way around this? played through the level 2 times already, alway the same result. without noclip working, i dont know how to progress... please help!

I kind of wish this was built on the x64 xray I love the old maps so much sometimes wish someone would make an anomaly lost alpha cause these maps seem cool for freeplay.

I have heard many negative things about LA's story. I want to give it a try, but I don't want to use up my data on a mod whose story I might not like. Has anything changed regarding the story?

LA's story is nearly the same as normal SHOC at this point with 90% of cut scenes removed and has been this way for years. I suggest using my comp for the full effect.

That was really cool!

i completed the story in 3 days and i keep wanting more. it was so addictive guys are you gonna make updates? im like a drug addict for this game.

3 days? That sounds like u rushed thru? I can get lost in zone for months... Maybe try to play once again, and try to do more in the game. If you played base LA than for sure try LB's LADC 1.4007 Compilation - its incredible

No further "official" updates for LA DC unfortunately. I am still working on a small update for my comp, but its going very slowly.

I am not sure if DCE is getting updates anymore either.

It's Lost Alpha. Should it be rated any less?

No More Fences Minimod 1.0 for SHOC S.T.A.L.K.E.R. Shadow of Chernobyl