An infamous RTS game created by LucasArts, it was largly based off of Age of Empires, and was considered the better Star Wars RTS of the time (Others bieng Rebellion and Force Commander). Despite its age and aged appearence, it still has a small but loyal following at Heaven Games, which hosts a vault of tools which make modding the game a rather simple task.

It's time again for another Expanding Fronts update! While the new civs for version 1.5 still needs more time to complete, there are several things that have been in the works since our last update that should help tie you over for the wait. So we are pleased to announce Expanding Fronts version 1.4.2 has been released! This update contains a significant number of fixes, some balance changes, content additions, and long-awaited Voobly multiplayer support. We've also been able to repair many of the issues with the original 6 vanilla campaigns! You can download the full version of Expanding Fronts 1.4.2 using the link below! 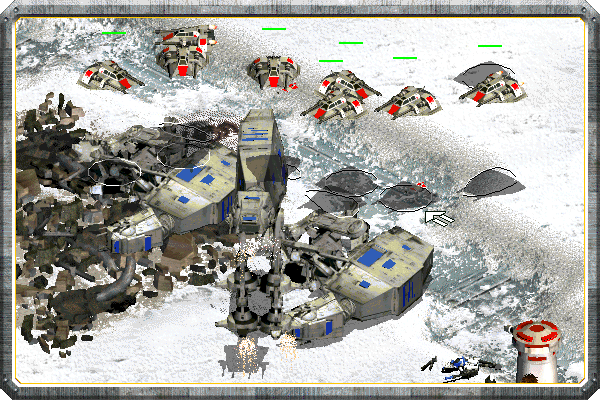 In the SWGB Clone Campaigns lobby, install the 'EF-EXE-Patch' and 'Expanding Fronts Data' mods. Then you can create or join a room there. When hosting, set up the room options to use the 'EF EXE Patch' and 'Expanding Fronts Data'. If you are joining a room that is using the mod, it will automatically install the mod. Please see our 'EF Voobly Multiplayer Guide.pdf' included with this download for step by step instructions. 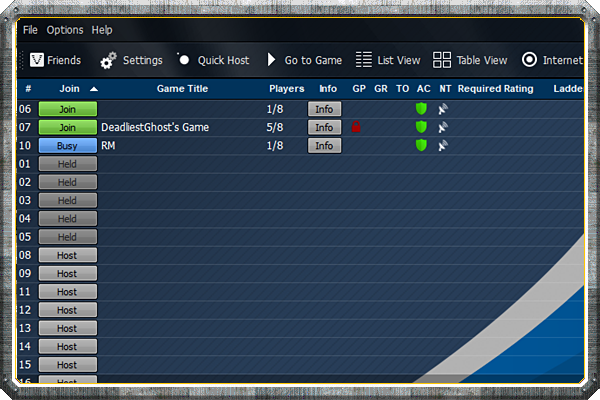 We made several fixes to issues that occurred with the original 6 campaigns of Galactic Battlegrounds. 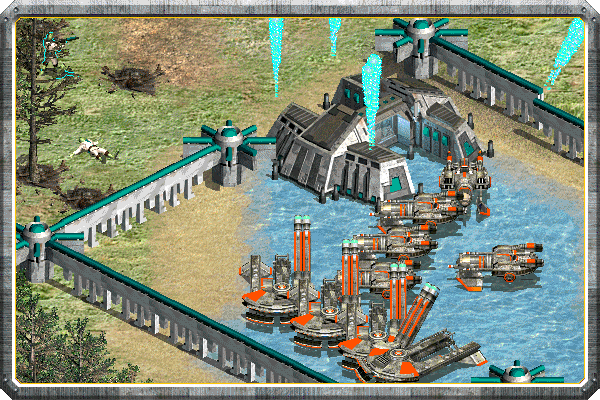 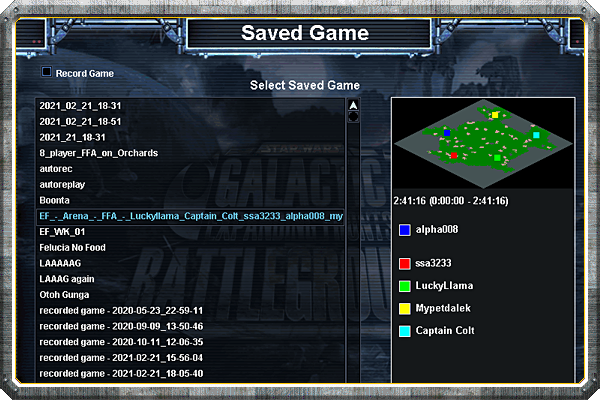 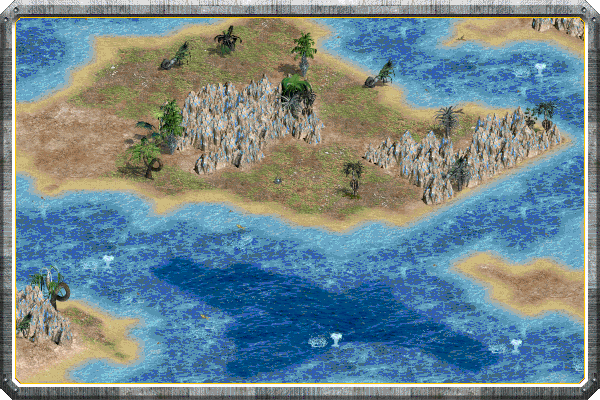 Starting from a small tropical island, players must quickly expand their foothold across a vast archipelago. 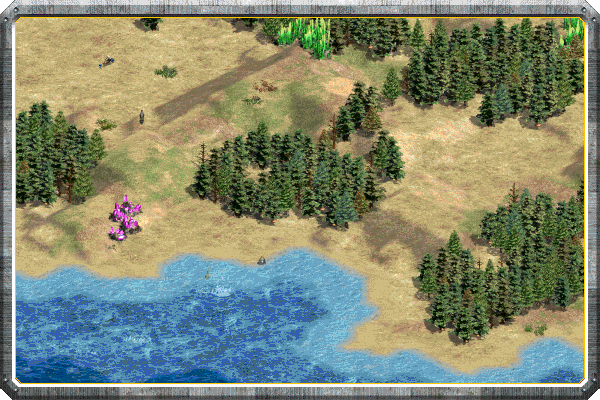 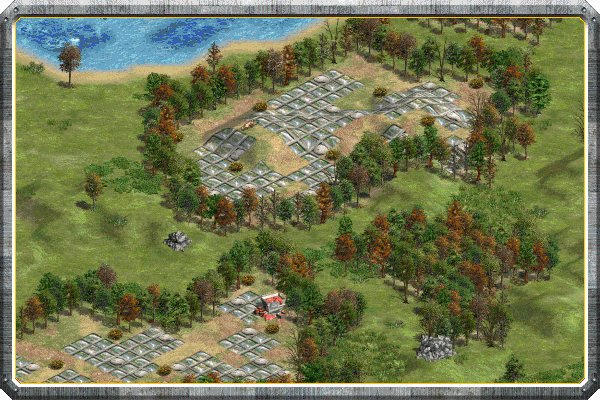 The landscape of this lush agriworld is dotted with numerous pre-existing farmlands. 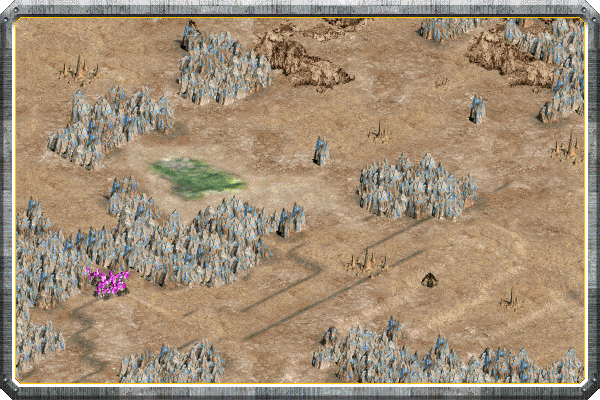 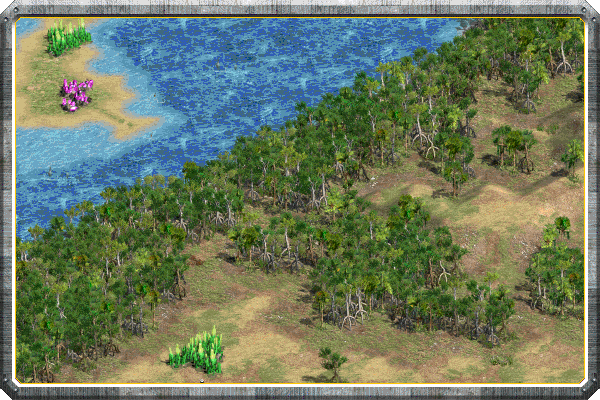 Players occupy a forested landmass bordered by water on both sides. Those who can clear the dense wood line will gain access to a bounty of mineral riches on the bordering islands. 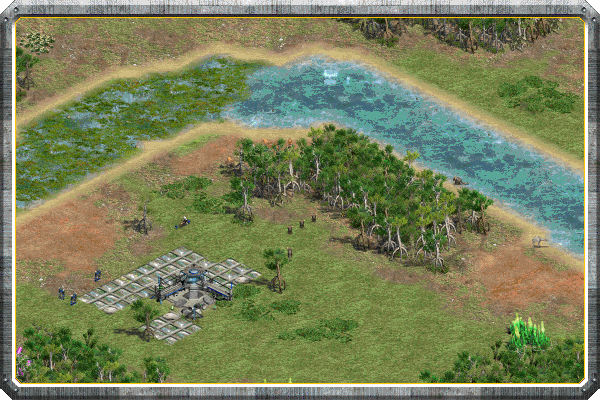 A network of narrow waterways separate players, who start the map with a handful of pre-constructed Farms. 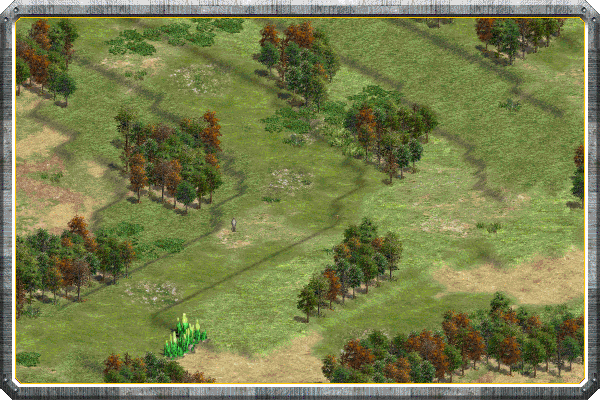 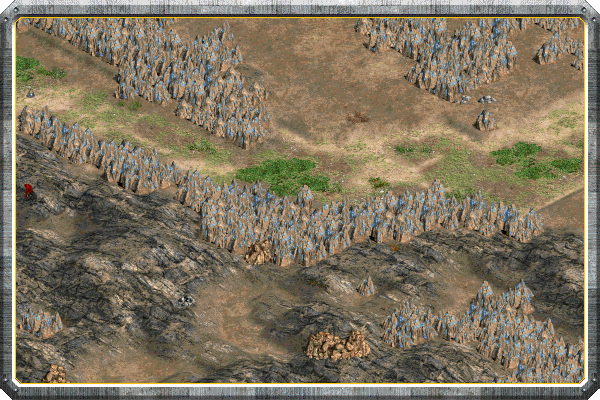 A craggy, mountainous world, almost completely devoid of surface vegetation and water. A network of thin, shallow riverbeds serve as a gathering point for fauna. 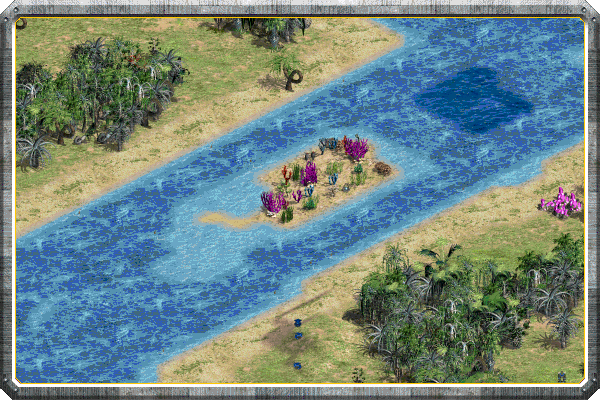 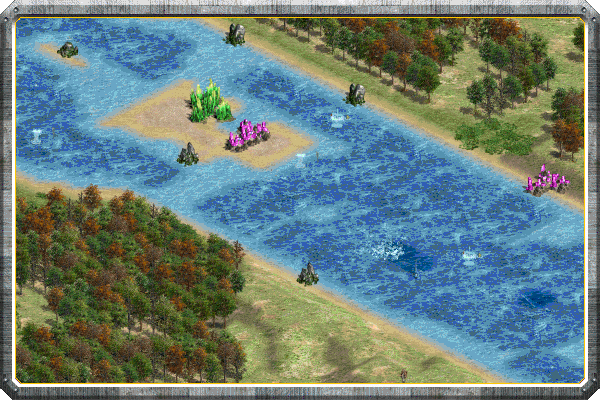 Teams are separated by a vast river that contains tiny, mineral-rich islets. 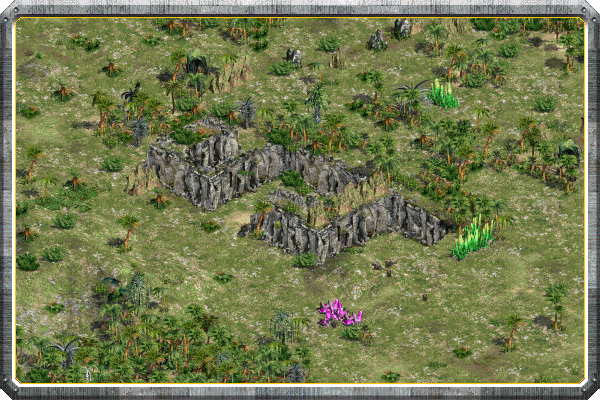 The suffocating vastness of Sarka's jungles and cliff networks make expensive construction a challenge, but provide plenty of natural choke-points for ambushes and fortification. A larger than normal amount of Nova Crystal deposits can be found throughout the map. 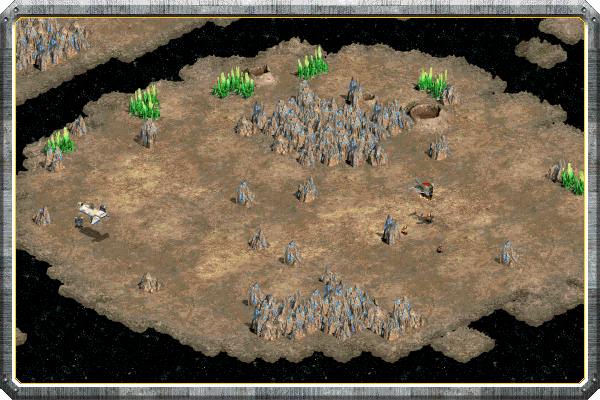 Starting from a tiny central asteroid with no Command Center, players must immediately scramble to find a suitable base location amongst the surrounding rocks. 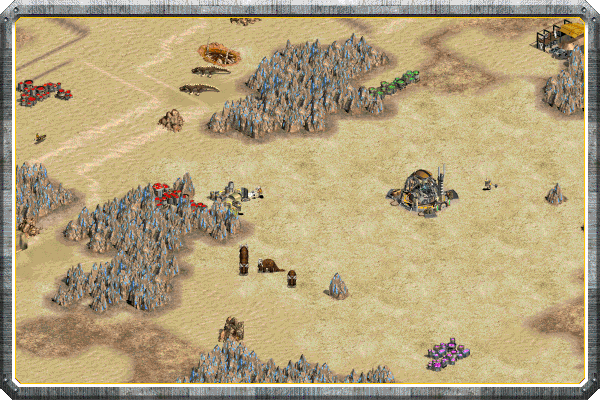 A new version of Tatooine, complete with a central city area that has a capturable Hutt Palace, Tatooine Market, and Tatooine Docking Bay. Every player gets a Jawa camp that can train Jawa units. Watch out for Krayt Dragons and Sarlacc pits! 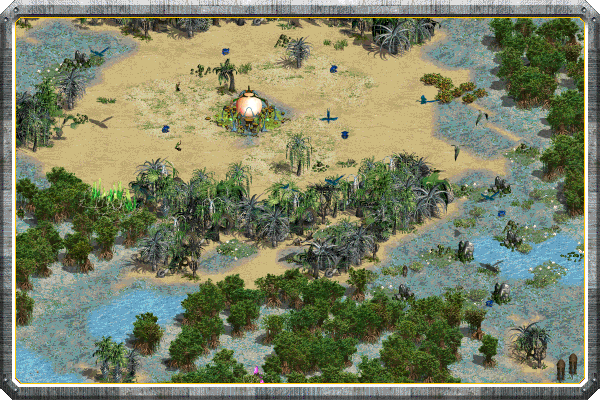 Start on a sandbar surrounded by swamps and mangrove jungle. There's a large water mass in the center with lots of fish. Players can build structures over wetlands, and shipyards can be built at small water holes. (Warning: AI players don't know how to build on swamp terrain) 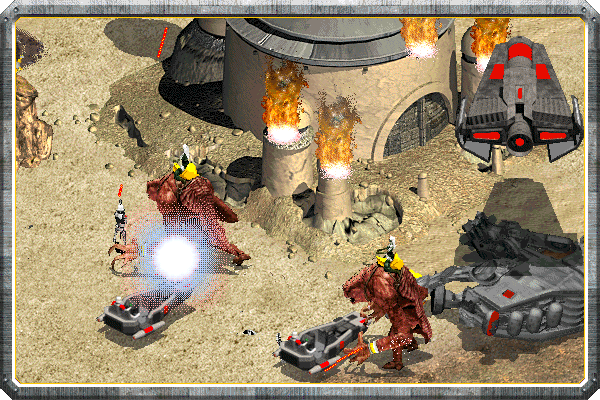 Again, thanks to everyone who has supported and contributed the mod over the past years. Artwork for version 1.5 is mostly finished, but we still have sound design and data implementation to do with the new civs. The wait shouldn't be too much longer, but we ask for your patience. We are not a studio, so many of us have full time jobs and/or have families/life to deal with. We work on the mod only when we have the free time to do so.

The last of Expanding Fronts' three upcoming new civilizations is ready to reveal. The Black Sun joins the fight in version 1.5.

The second of Expanding Fronts' three upcoming new civilizations is ready to reveal. The New Republic joins the fight in version 1.5.

The first of Expanding Fronts' three upcoming new civilizations is ready to reveal. The Imperial Remnant joins the fight in version 1.5.

Today we will be unveiling some of our plans for Expanding Fronts 1.5, which we're aiming to release early next year. 1.5 is poised to be our biggest...

For the CNC ddraw extract it into your game folder. Click the cnc-ddraw config. Use Fullscreen Upscale and go under advanced settings and use xbrz freescale...

High Definition Terrain for your game! Use the included mod installer from part 1 for the mpi files. The rest goes into Data/Game.

Extract it into your game folder. Click the cnc-ddraw config. Use Fullscreen Upscale and go under advanced settings and use xbrz freescale. Make sure...

The 9th faction "Gaia" should be renamed as "Force", this is more suitable for the universe thematically.

Just FYI concerning Expanding Fronts mod team, we don't read comments in our inbox here on ModDB, nor do we accept friend requests. We are active in our own discord community, which you can join here: Discord.gg

If you just want to thank us, a comment here will suffice.

If you have problems installing the mod, please have a look at the 'EFREADME' and the 'Expanding Fronts Manual Installation Guide' documents included with the mod download. We also have a #how-to-install and a #troubleshooting-faq channel in our discord server. Read those carefully before asking for help!

If you have questions or suggestions that you want to ask us in our discord server, ensure that you read our #general-faq channel first. There, we compiled a Q&A of many common questions that we receive and our position on many common requests. Don't be that person that asks something for the 721st time when we explained why we won't do it in the FAQ. You can also view our Suggestions FAQ here: Docs.google.com

If you are a 3D artist or animator or 2D concept artist and want to help with the mod, you can provide examples of your work in the #modding channel in our discord server. We are not looking for "idea" people. Ensure that you have the free time to actually contribute to development. Vetting new people takes time away from developers, so please don’t contact us if you aren’t sure you will contribute anything.

I have an issue that could hopefully be helped with. In the Confederacy campaign, with the level with Boorka the Hutt, I can't seem to build a command canter with the worker droids. It doesn't even take the supplies away for it. I also cannot select the Republic campaign at all.

I think that it is AMAZING and hope you will keep updating it!

Why does this get the ever elusive 10? Cuz I said so, and it's pretty much the only game whose map making system I can figure out. Yeah, I'm that dumb.