Expanding Fronts is always looking for additional help! We are currently in need of:

- 3D Artists/Animators to help construct new characters, creatures, vehicles, buildings, and props for us to add to the game.

- AI Scripters to write AI scripts for use in skirmish games and custom scenarios/campaigns.

If you're interested in joining the team, please feel free to send a message to us, along with some examples of prior work, here on ModDB or in our Discord server.

Thanks for voting and helping Expanding Fronts on it's quest to become the 2021 Mod of the Year. You are now in with a chance to score some free games from our #modlove collection. Help this mod secure more votes by embedding the widget (or link) we have included below on your favorite sites.

This month marks the 20th anniversary of Star War Galactic Battlegrounds’ initial launch. To celebrate, we’ve launched the 1.4.1 update for Expanding Fronts. This update contains a large amount of performance and balance adjustments, along with a heaping of new content for the Scenario Editor. However, 1.4.1 is not the only thing we have in store for Battlegrounds. We’re hoping to launch Expanding Fronts 1.5 early next year, which aims to be our most ambitious expansion to the mod yet. 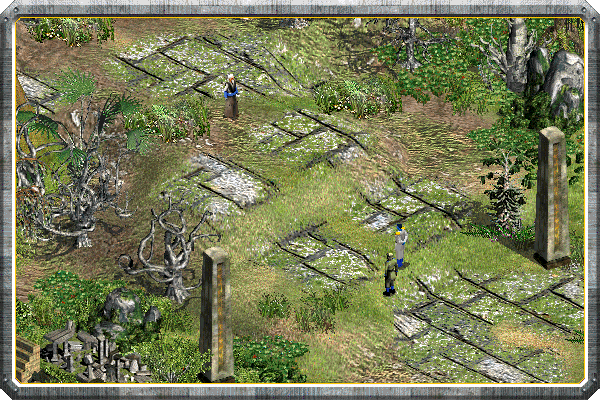 Expanding Fronts 1.5 is poised to be our largest content addition to date. We are proud to announce that will contain 3 entirely new civilizations to play as! Coming early 2022, players will be able to take up arms as the New Republic, Imperial Remnant, and Black Sun. The visual and gameplay styles of these new civilizations are largely designed after their appearances in Legends continuity.

On the heels of an incredible victory at the Battle of Endor, the Rebel Alliance quickly reformed itself into the New Republic, seeking to uphold the same principles established by the Old Republic thousands of generations ago. 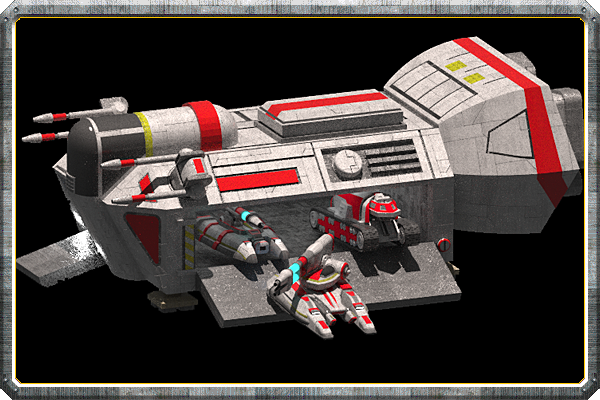 The New Republic boasts incredible aerial strength, thanks in part to their unique unit, the V-Wing Aispeeder. It can unleash devastating strikes against ground units with its complement of cluster missiles. Supplementing the New Republic’s strength on land are the Knights and Masters of the New Jedi Order. The New Republic can research Jedi Temple technologies at a significant discount, allowing them to bring their Jedi units to their full potential faster than other civilizations. 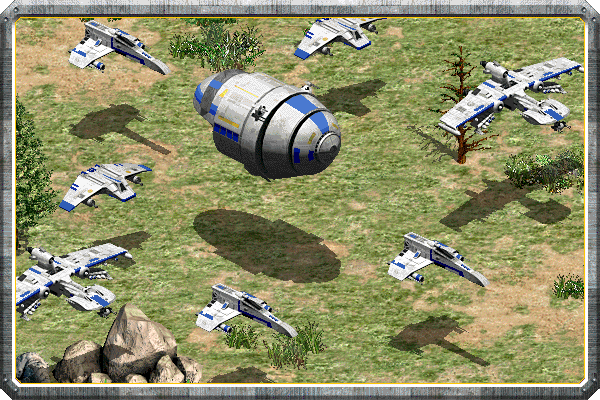 Following their catastrophic defeat over Endor, the Galactic Empire was thrown into disarray. An ongoing war with the ever-growing New Republic, combined with numerous internal power-grabs and civil wars quickly turned the once feared Empire into a collection of squabbling warlords. Despite multiple attempts to reunite these factions with varying degrees of success, the Imperial Remnant was never able to fully reclaim their rule over the galaxy. 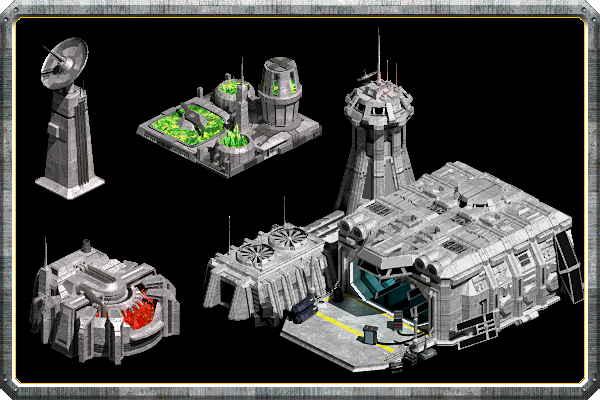 The Remnant is a civilization that leans heavily on its defensive capabilities. Their greatest strength is their ability to quickly fortify themselves and defend their assets almost indefinitely. Once the Remnant has dug in, they are incredibly difficult to uproot. In the void left by the death of Emperor Palpatine, numerous dark Force users rose to power, each attempting to harness the dwindling resources of the Empire to their own nefarious ends. This is represented within the Remnant civilization through their access to powerful late-game Temple technologies, and their unique unit: the Shadowtrooper, a specialized melee infantry unit that benefits from both Trooper and Temple upgrades. 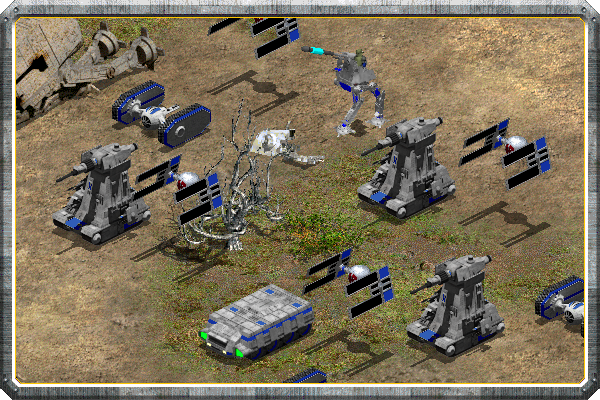 A vast criminal organization, the Black Sun has been a corrupting force across the galaxy for millennia. Their information network rivals that of the best military intelligence agencies, and the sheer numbers of soldiers and mercenaries beneath their command allow them to threaten even professional militaries. 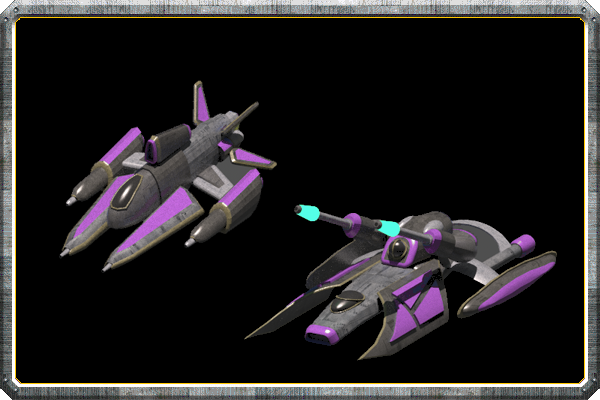 Black Sun is a faction whose strength lies in their quickly-rallied mercenary forces and their close ties with the Nightsisters. Their criminal empire's political influence benefits their economy in multiple ways, in turn fueling their military forces. They rely on scores of infantry backed by powerful Force-wielding Nightsisters. These armies can be raised faster than those of other civilizations. Black Sun's unique unit is the Gladiator Droid, a formidable battle droid capable of immense destruction. 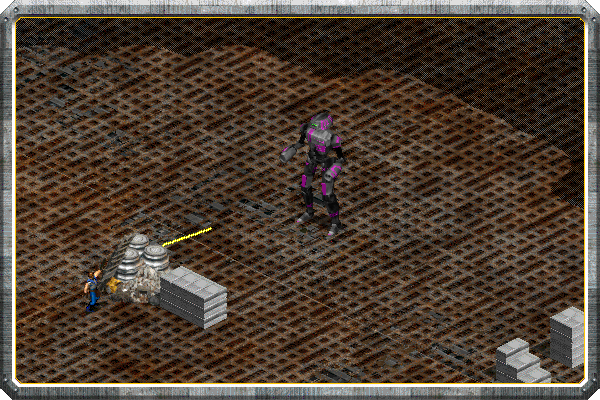 We'll be diving into the specifics of each of these new civilizations in the upcoming weeks. While these are the primary additions to 1.5, they aren't the only thing we've got in store for the future. We are currently working on implementing Voobly support for Expanding Fronts multiplayer. Preliminary work has been promising, but we can't yet guarantee it will be fully functional in time for 1.5. We'll keep everybody updated as we make progress. Again, we'd like to thank everybody for sticking with us over the years. We can't wait to show you what's next!

It's been a busy year for the Expanding Fronts mod. We're back again to share our latest progress, including balance tweaks, AI improvements, and previews...

In this update, we'll go over some of our recent changes, share some current progress, and talk about what our goals are for the near and distant future.

This update includes further improvements to the new Expanding Fronts AI, in addition to some bug fixes and additional content. This download contains...

This patch addresses multiple issues with the 1.3 release of Expanding Fronts, most notably the performance of the new AI. Some performance and balancing...

The newest public release of SWGB: Expanding Fronts is now available! This update includes an immense amount of fixes and new content, including two entirely...

Hey, this might be a big ask but, if it wouldnt be too much trouble
Whenever the mod is considered finished or some IRL stuff prevents you from being able to finish it, could you make this mod open source and release it onto github?

how can i produce in single player for clone trooper phase 2??

what do the new codes do?

Awesome update guys! Can't wait to see what you have in store for 2022! You've really pushed this game far beyond its limits, and I have a newfound respect for that now that I'm a more seasoned reverse engineer! Anyways, congrats on the new update, you guys never disappoint!

When I finished a Mission campaign. At the end when it tells me to open the menu and press Quit. I did that and the game immediately froze. I did restart my computer to get out of it. Luckily the game saved my progress and I was able to continue to the next mission.

We had to archive the v1.4.1 downloads to address a bug. We will post a hotfix soon. Sorry for the inconvenience.

EDIT: Version 1.4.1a is now released. If in doubt about which version to download and install, just install the 1.4.1a Full version.

Greetings. I, Darthquell, require your assistance to rule the galaxy with the Dark Side: how do I add this mod to the Steam edition of the game? I will appreciate any help you provide

There was a "Expanding Fronts Manual Installation Guide.rtf" document included with the zip file. It has detailed instructions on how to install the mod. Please follow the steps.

Expanding Fronts is a well put together and balanced mod. It takes Galactic Battle grounds (one of my favorite Star Wars games) to another level of greatness.