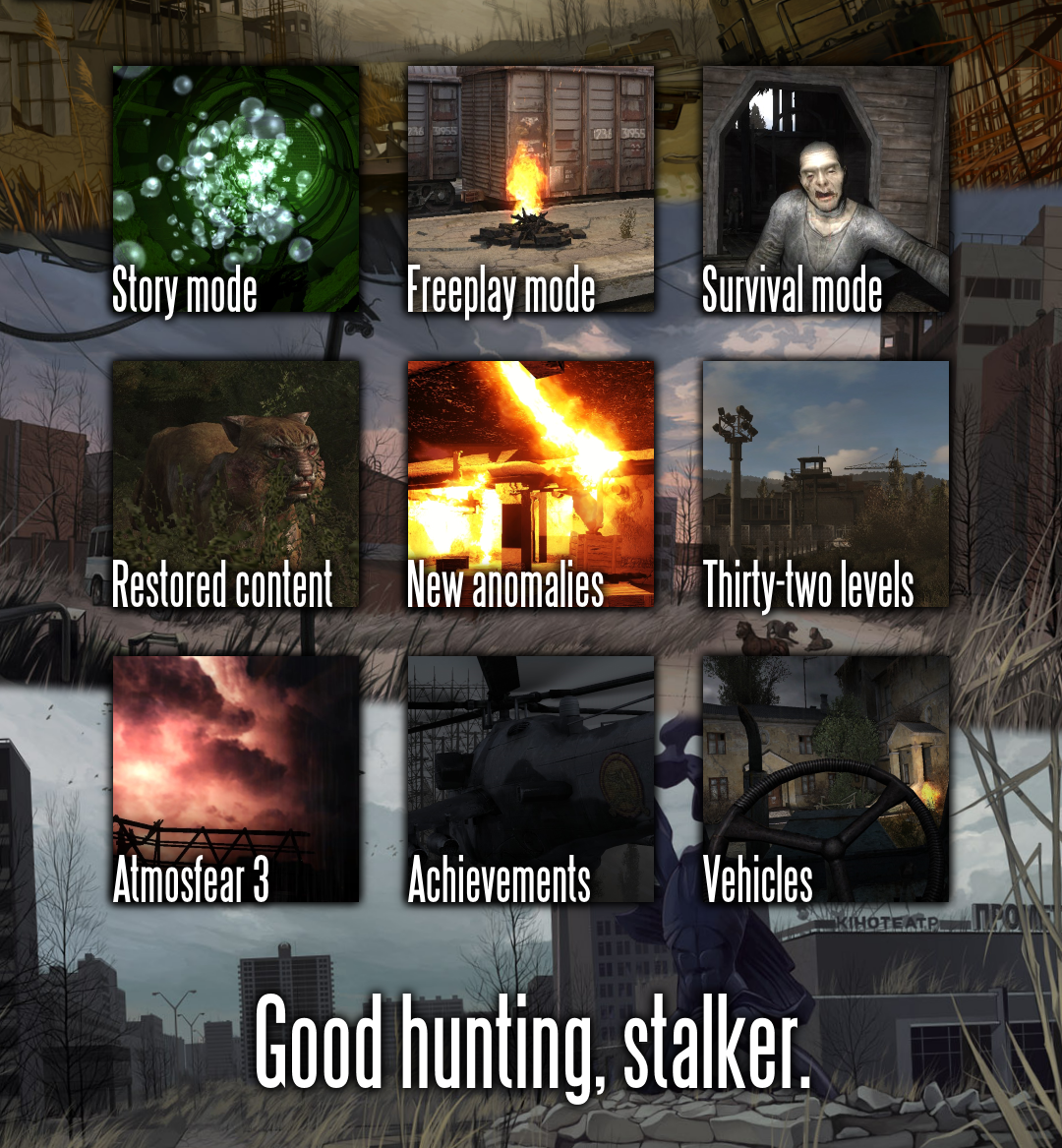 What happened to Call of Chernobyl 1.5?

More than two years after 1.4.22 and one and a half years after 1.5 R6, it is most certainly time to explain what has been going on.

A bit of story time first about what am I even doing and how did I end up here. All the way back in May 2017, I was digging around the Bitbucket repository and found a mirror leading to the in-development version. After playing around with that for some time, I started reporting bugs and other issues. Seeing how some were not resolved, I decided to make some changes myself. Right around this time it was already August with the release of the first 1.5 beta versions and me digging around in the game, having all kinds of ideas. This lead to the last version of the original 1.5, R4. After that, things changed. I was suddenly part of the team working on gameplay balance related changes, which can be seen in a horrible state in R6. Here is where everything went wrong. It turned out later, that I joined in either the best or worst time. Development was right about to be stopped by Alundaio, who didn't want to work on the mod anymore. With me joining, I became the fresh source of power, trying to keep going. It was going fine for a surprisingly long amount of time, but then nearly everybody had to take longer and longer breaks. What I did in the end is completely ruin the development by going off track, trying to completely redo major parts of the game.

All that lead to the current state. Development paused back in the end of July 2018 with some small activity spikes up until around October. I took my own long break, also waiting and hoping people will come back. Without team lead and our C++ programmer, I tried to change the engine under the mod with the help from a Russian team, to one that uses mid July 2018 Open X-Ray as a base, which is 64 bit. It wasn't very successful to say the least.

So, what next? Well, the mod needs manpower in order to be continued. Mainly C++ and LUA programmers, but anything helps, even writers and good QA.

Update: I can no longer promise any activity from my end. After many years with stalker, I have to start making major changes in life, which will not leave enough time for a project this big.

Thanks to everyone for your patience and support!

The long awaited 1.4 patch for the S.T.A.L.K.E.R.: Call of Chernobyl modification has been released. Many new features, customizations and optimizations...

Finally, the long awaited Call of Chernobyl has been released. Here is a short FAQ of some of the most commonly asked questions and issues!

JonesSoft Generic Mod Enabler is an application that allows you to manage addons more easily.

This download is not needed for players to play CoC, it's only useful for modders! The pack contains updated level editor scenes and updated objects for...

This download can be useful only for modders! SDK files for level editor/3D software work, for all.spawn compiling. My complete SDK/editors folder compressed...

Does anybody know how to convert an exported .lua save back to the proper .scoc save format?

Hi there, if anybody could help me with this, I'll be much appreciated. Whenever I take a quest from a random npc and complete it and than click on "The job is done." option, game crashes to desktop without warning. I'm gonna post the crash log. I am playing on 1.4.22 with addons like: smurths hud, warfighter, arsenal overhaul, milligram's flashlight mod, trx dynamic news, trx sounds, trx global weather, drx questlines, pda lag fix.

I don't have any addons on

My Specs are very Potato but it can run very well.

Hello, everyone. Im trying to use JSRS sound mod (wich is for Anomaly) on CoC. But im stuck. Searching the files, i notice that the game uses different sounds to the character shooting and NPCs shooting, and i have no idea of how i can do this in CoC. Can someone help me on this, please?
Prints of what im talking:
Prntscr.com
Prntscr.com
Prntscr.com
And yes, it have to be in CoC. I cant play Anomaly.

Rename each JSRS sound file to its CoC equivalent name and place it into right folder (unpack CoC sounds database with AXR toolset which gives you gamedata to lookup for files you want to replace and correct directories). But what is the point of it without having sound layering system in CoC as in Anomaly?

Anyone has heard anything more about the possible update to CoC that was mentionned some pages ago, when xr_sanya mentionned in February in the ap-pro.ru board that he gave his 1.5r7 source code to Bangalore (that is a member of Team Epic) that was asking for it ?
Ap-pro.ru

I sometime check for modding purpose the CoC bitbucket Bitbucket.org but it seems it has not recieved any commit since 2019.
?

So is there still hope ?

CoC development ended several years ago. but the Anomaly team continued the great work from the CoC team. You should really check out that mod, if you haven't seen it yet. The graphics has been upgraded significantly (by far the best looking version of STALKER), and there's a lot of other cool additions. They also added the story addons posted here. Afaik it's the best and most polished STALKER mod experience out there.

CoC is done being worked on. Everyone involved has moved on. Read above for more information. Dr.X has taken over development.
Moddb.com

Hey there, yeah there's some hope in my opinion. Things have been quiet recently, but I've not heard anything to say that Bangalore or Sanya have stopped working on CoC

An endeavour that should be complimented by not only our small S.T.A.L.K.E.R. community, but modders around the globe. A project that started as map-pack which grew into a full modders resource and base for role-players, free-play enthusiasts, weapon pack lovers and of course die hard stalker fans alike. Call Of Chernobyl is the embodiment of what I think "modding" should be. Team Epic spend their time and effort in not only creating something, but polishing it, adding onto where others would've…