Launched in May 2018, mod.io is a powerful mod API for game developers to tap into the creativity of their playerbase. Take control of your mod community on all platforms and stores, to ignite a world of possibilities. Interested in mods and finding out more? Get started now or reach out to chat about our solutions for indies and big studios.
RSS 2018 Modding Year in Review

As we wish farewell to 2018, lets recap on some of the excellent mods released this year. 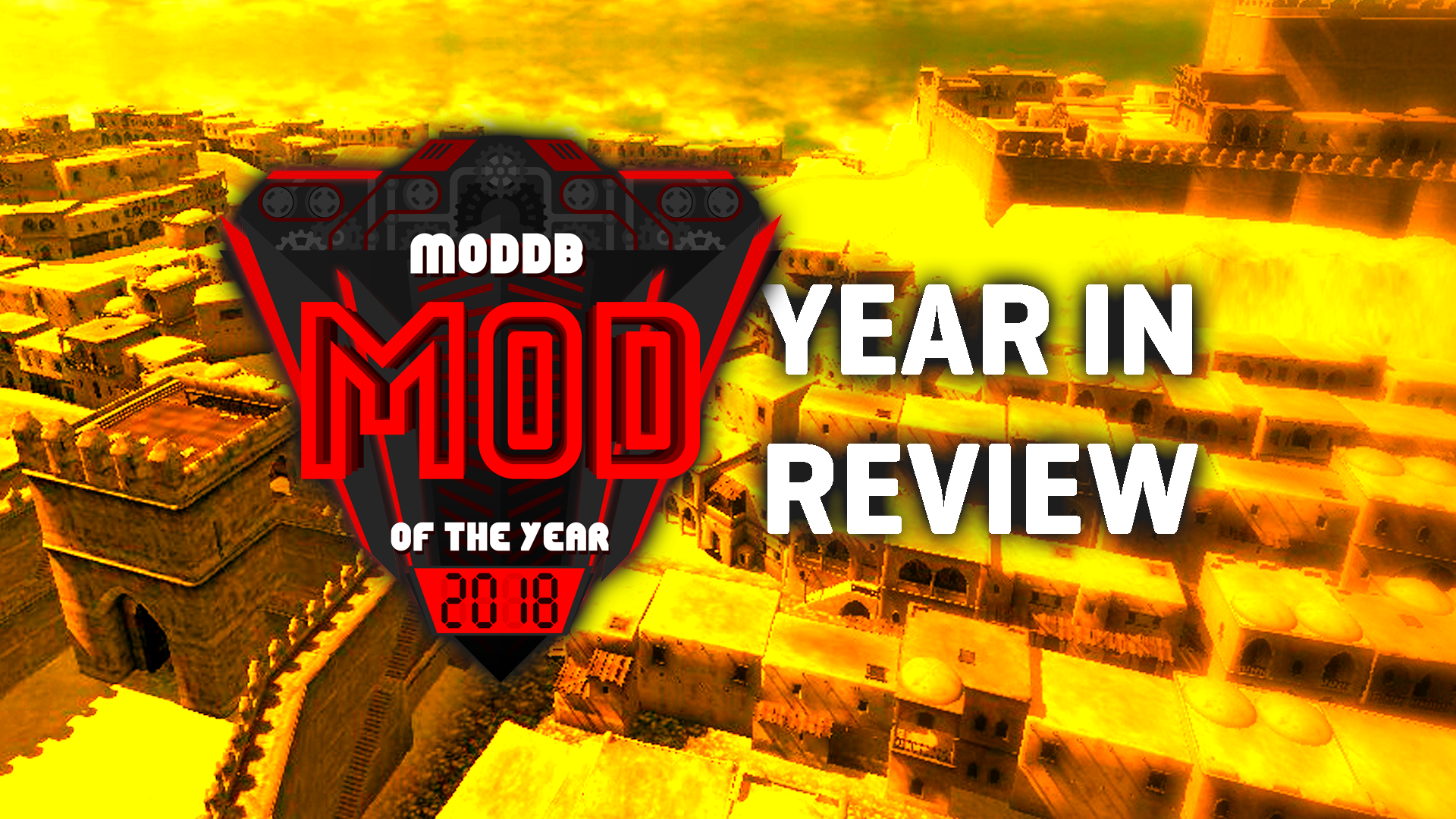 In a few short hours, 2018 Mod of the Year will kick off, whilst waiting, join us in celebrating some of the amazing creations released in the last 12 months, what mods did you enjoy the most and who will be getting your vote when the polls open, let us know in the comments.

Why did you put Blue Shift Source onto the list? All it is a very lackluster port of Blue Shift that doesn't even contain much to play in the first place.

I wonder that Total Chaos is not on this list.

Total Chaos is very cool, but as you can see we were already a little saturated with Doom mods and wanted to try and inject more variety to highlight the breadth of mods that ModDB has to offer. That said, be sure to cast your own personal votes for Total Chaos if you want to see it in the Top 100!

then i would have put newly created mods instead of old overpopular ones. for exemple QC:DE in stead of brutaldoom.

We have more lists debuting throughout the month and I think you both will be pleasantly surprised :)

That tagline is copyrighted ;)

Good luck to all, this month is even cooler to be here!

Where is Zombie Master: Reborn with their first latest major betas releases?

Oh, and I do think Zombie Panic! Source should be in too with recent first Linux support. ;-)

This list was written just before Zombie Panic Source posted their update, but you should definitely vote for that if you think it deserves to make it to the next round :)

My favorite this year has got to be Duke Nukem: Alien Armageddon. Takes good old Duke3D to a whole new level and is far above the commercial edition upgrades.

my vote is for FarCry Operation Clearing

Raising the Bar redux doesn't have an official release, why is it here?

How do i vote for obsidian conflict?

0/10 Jabroni Brawl isn't on the list but Blue Shift: Source is