"Explore the island of Vvardenfell as you never have before, with a world built anew to be both alien and familiar to the Morrowind you knew before. New adventures await, with new exciting areas to see and explore, and new artifacts just waiting to be discovered. This is a complete overhaul for Morrowind, adding countless new details, weapons, armors and much more for you to see and do"

Morrowind Rebirth is a total overhaul for The Elder Scrolls III: Morrowind with the aim to enhance the the game by rebuilding the world, by rebalancing most aspects of the game, and by improving the graphics. Rebirth is mainly aimed at returning players and veterans that have seen and done most things in-game, and want a fresh experience. New players are recommended to try the vanilla experience.

Morrowind Rebirth is the result of thousands of hours of modding, and is still a work in progress. For those of you who want more information about the specific changes in this modification please refer to the extensive readme, the features section and/or watch the videos down below for a general overview. Do note that some videos are fairly outdated.

Morrowind Rebirth is a massive mod with a ton of new features. Down below you can view some of these, but it's only through gameplay that you'll have a chance to fully discover what Rebirth has to offer.

Please read the article "Installation & requirements", which can be found here: Moddb.com

Bugs and other issues

It's important that you, the players, provide me with feedback and support. Without it I might not be able to track down bugs introduced by Morrowind Rebirth. You're also welcome to report issues found in vanilla Morrowind. Post your bug-reports in the forum section here: Moddb.com at Nexus: Nexusmods.com or send me a personal message at either site.

I do not recommend using MGSO the slightest. There are plenty of reasons to why you shouldn't use it, and most of them are listed in this reddit post: www.reddit.com/r/morrowind

Morrowind Rebirth is currently compatible with OpenMW, and should be compatible with it's multiplayer component, too. Note that OpenMW is still a work in progress so changes in future releases might cause compatibility issues.

At this moment I do not recommend using Tamriel Rebuilt with Morrowind Rebirth. While TR is an amazing mod, it doesn't really work well with Morrowind Rebirth due to several reasons. First of all the balance in TR is based on vanilla, thus every item, weapon, armor, rewards etc will not go well with the balance changes in Rebirth. Another thing that will prove to be troublesome is the fact that Morrowind Rebirth comes with a lot of new models replacing rocks, trees, furniture etc. This causes issues like floaters, bleeding objects etc in the mainland.

I heartly recommend getting TR, but play it in a separate installation just to be on the safe side. Follow this guide on how to create multiple copies of Morrowind: UESPWiki

Please read the article "How to update your old save game to a new version using Wyre Mash", which can be found here: Moddb.com

Compatibility
Please read the article "Compatiblity", which can be found here: Moddb.com

Rejoice, another update has arrived! Today I introduce you to version 5.9, which is as always a big one. Additions, changes, bugfixes, graphical improvements, it's all there to see in the changelog down below. Have fun! 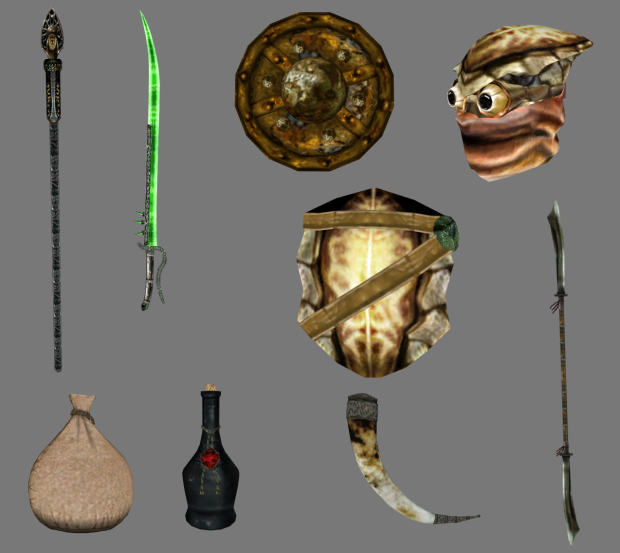 * Increased the personality attribute of all traders (pawnbrokers, traders, smiths etc). This will make it a bit more difficult to get them to like the player. Admiration, intimidation, or taunting will also be somewhat less effective.
* Increased the run speed of NPCs that need to be escorted (might have missed one or two, do let me know if this is the case).
* Drinking beverages such as sujamma or mazte will now slightly impair your vision. Drinking more will further enhance this effect.
* Added guards to many shops that lacked them.
* Landscape changes and improvements.

* Added new rugs to some imperial interiors such as forts, homes in imperial towns (higher classes) etc. Do note that some rug textures will most likely be improved in future updates.
* Made changes to the exterior of Tel Voroyn, with walls now covering the all sides of the fort. Additionally more clutter was added and a few new NPCs.
* Added more clutter to Urshilaku Camp, similar to other camps in previous updates. Additionally two small yurts were added.
* Added more bandits to the various regions of the island.
* Added a new bedroom to the Hlaalu Council Manor, Balmora.
* Added more storage space to all player homes.
* Minor additions to dozens of interiors/exteriors-ares such as clutter, npcs etc.
* Expanded or added more detailing to the following interiors:
- Ebonheart, Hall of Wonders
- Vivec, Guild of Fighters
- Sadrith Mora, Guild of Fighters
- Pelagiad, Guild of Mages 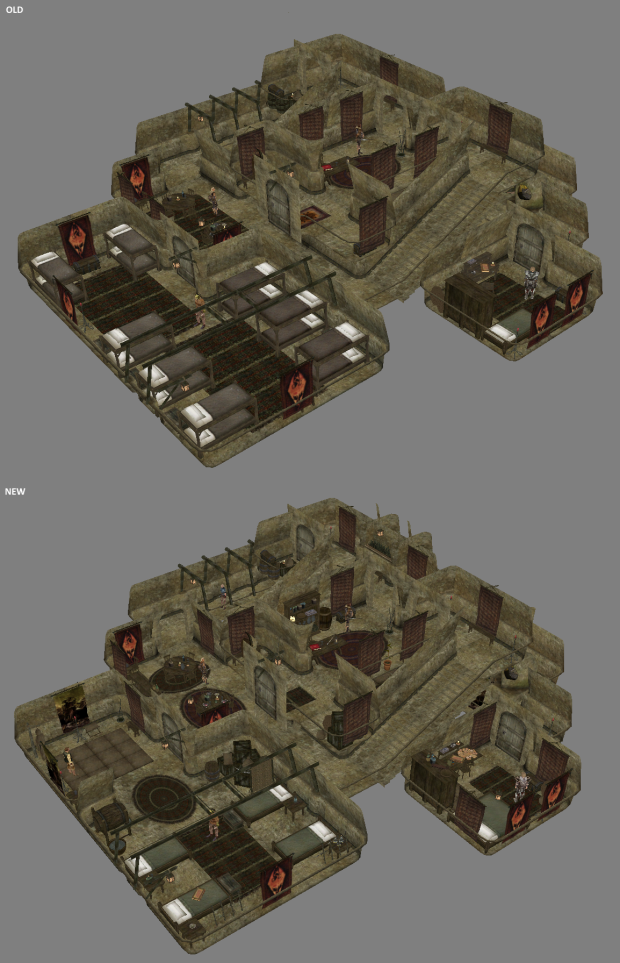 Changes and additions to vanilla interiors 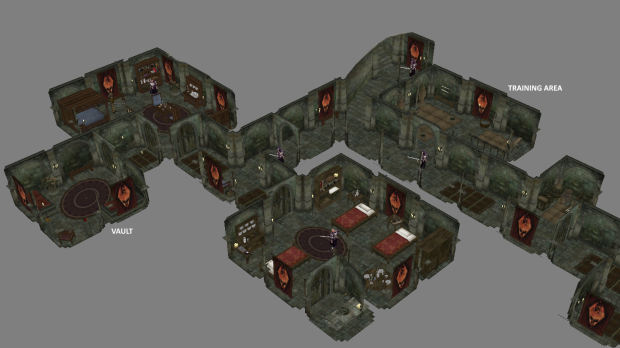 New areas to explore, and vault to raid

Balmora Changes
* Made the manor district more separated from the rest of the city, with the (only) entrance secured by a large gate.
* Made the commercial district less cramped. Also rearranged some buildings.
* Rearranged/removed some clutter/architecture to improve performance.
* Added measures to prevent NPCs from falling into the river in Balmora.
* Added a new bridge crossing the Odai River.
* Added new gatehouses for improved protection. 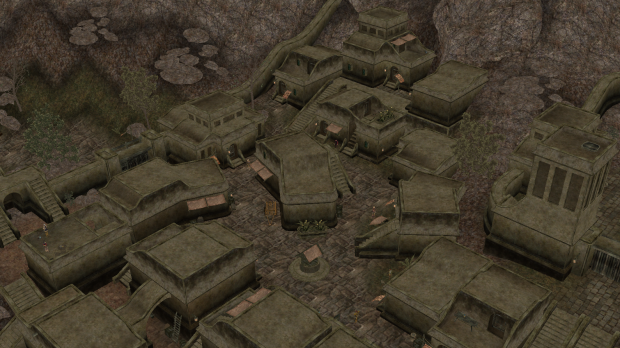 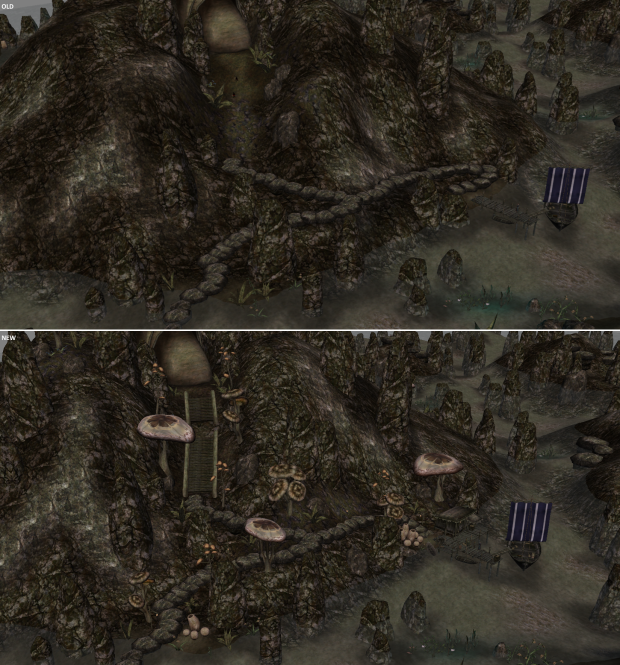 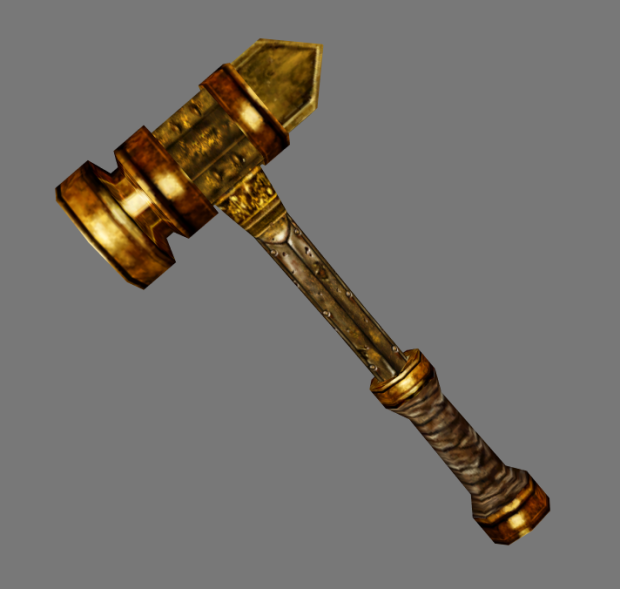 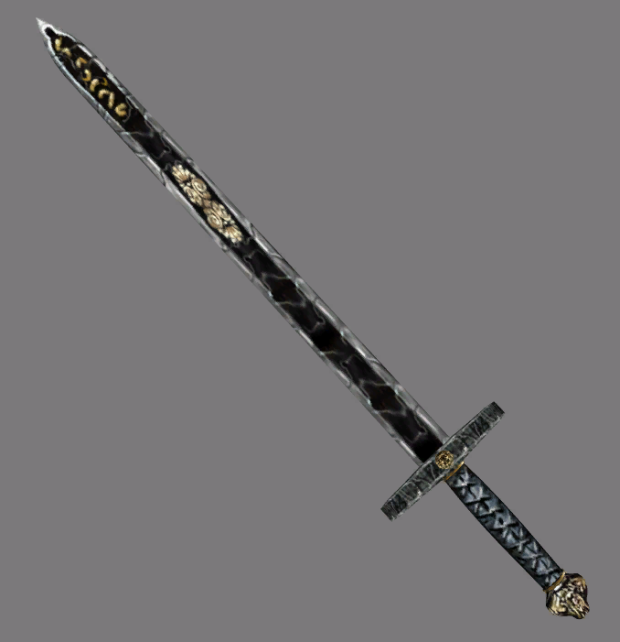 Weapons
* Buffed the enchantments of most artifacts, mainly by increasing their charge capacity = more hits before they run out of juice.
* Increased the price of many common enchanted items (vanilla ones). 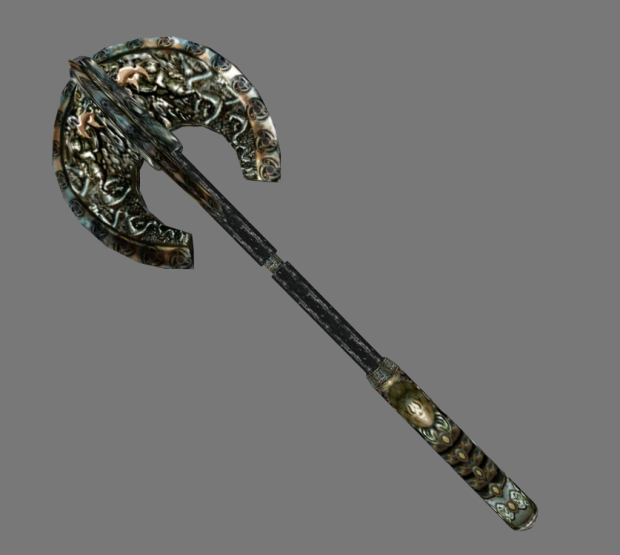 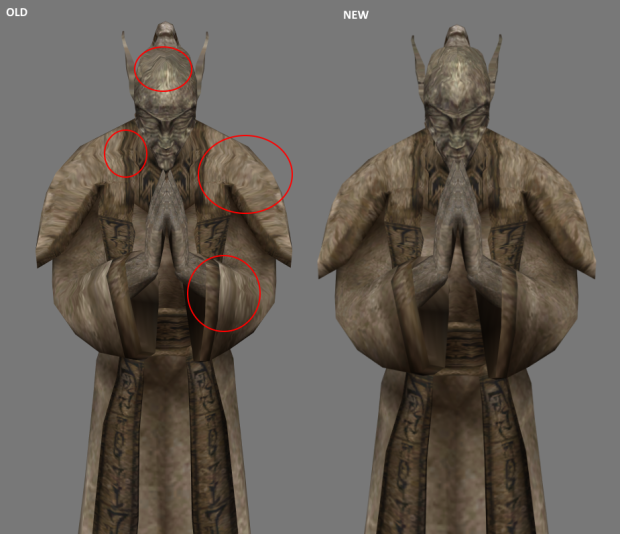 Hundreds of graphical fixes, such as ones displayed in the image above

Hi guys! Another update is now ready for your enjoyment, and somewhat of an early celebration of Morrowind's upcoming 20th anniversary!

Hey guys! We're back it with a new update, and more fun stuff! This update includes a plethora of changes including a revamp of all Dwemer ruin interiors...

It's been quite a while since the last update, which generally means that I've been super busy cooking up something cool for you to enjoy. This time around...

This is the full version of Morrowind Rebirth 5.91.

This is the full version of Morrowind Rebirth 5.8.

This is the full version of Morrowind Rebirth 5.7.

This is the full version of Morrowind Rebirth 5.6.

This is a hotfix for Morrowind Rebirth 5.5. Note that you first need to install the full version for this file to work properly.

This is the full version of Morrowind Rebirth 5.5.2

Any ETA on 6.0? I'm going to start a new Rebirth playthrough after I just did a decent one without Rebirth.

No idea yet. I do have a little kid nowadays, so It's more difficult to say. If I'd have to guess I'd say in September.

Thanks for the reply! And congrats. I also have a little one at home with me so I understand how that is.

Does this play well with openmw?

Yeah should be np.

I can’t enter Scribbled Scroll in Balmora, the entrance doesn’t exist on the minimap. There is a door but when I open it, there’s no loading screen and nothing happens. Is this a known bug or something broken with my game? I’m using just Rebirth 5.9 and Morrowind Code Patch with MGE XE

I uploaded a new version just yesterday fixing the issue. Make sure to get the new file :-)

Thank you very much! Should I just copy/paste everything? Any additional steps for the hotfix to work with existing saves?

Just copy paste, and it SOHULD work just fine with an existing save, but you could also follow this guide how to update your save: Moddb.com

BACKUP your saves if you decide to do the latter.

You are a legend. I returned to Morrowind after many years and this mod made me fall in love with it again. Thank you for everything you’ve done!

A piece of bridge has gone missing in Seyda Neen and Blutius (npc that provides travel options) now has twin brother standing besides him so I guess copy/pasting the hotfix wasn’t the best idea. Some trees are missing too now and bamboo candlestick doesn’t provide any light...

Either follow the update guide, or revert back to the previous version (unless you haven't overwritten you save using the new version).

A review must be entered to justify such a high rating.
Fuck off,
this brilliant mod is Awesome
I dont need to justify anything moddb^^