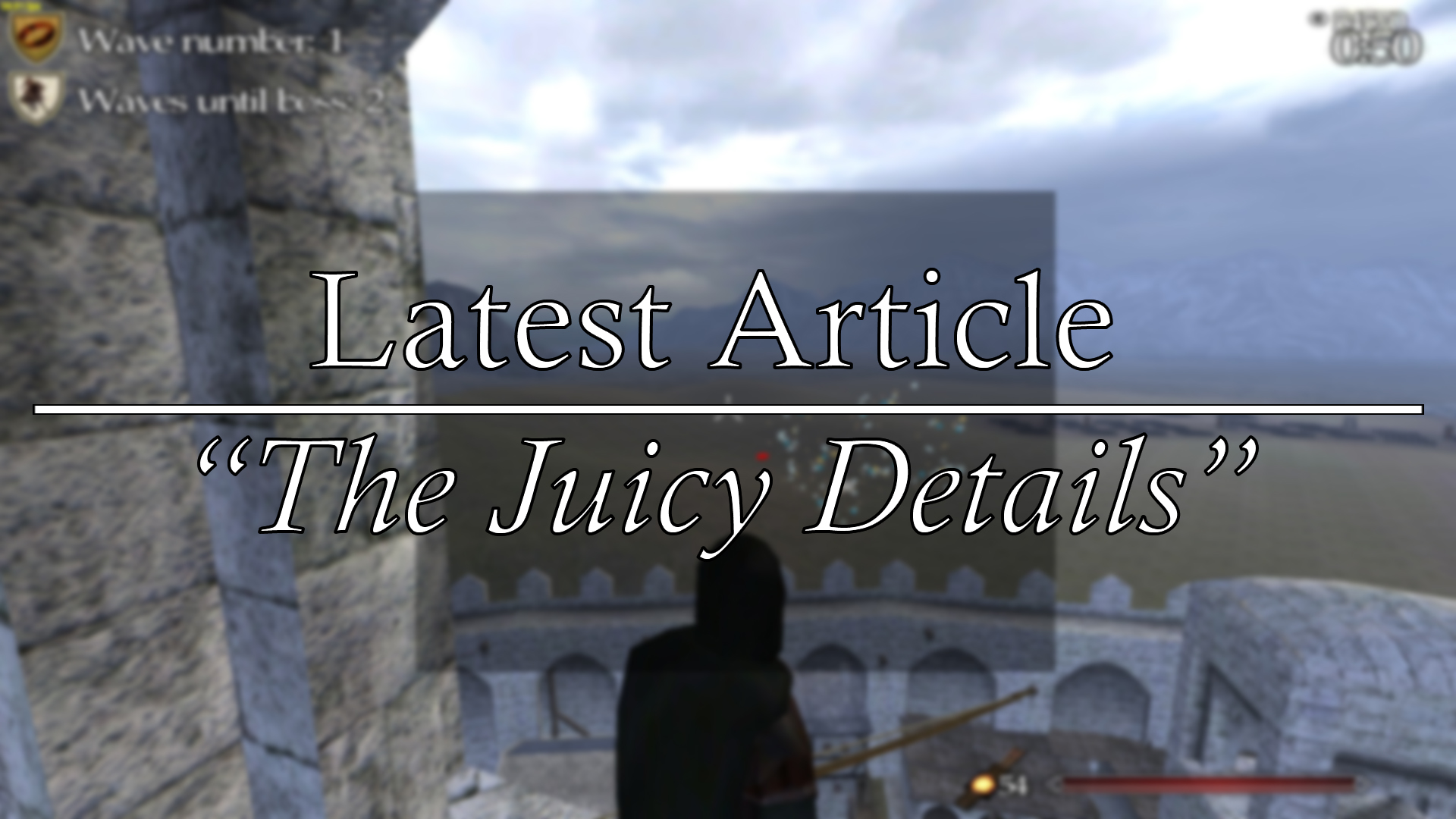 Full Invasion 2 is a co-op module for Warband where players battle countless waves of invaders and bosses to survive as long as possible. It has been rated by the community numerous times as the most popular multiplayer module.

Full Invasion: Osiris version 1.3 is now available for download! After two months of beta testing - both closed and public - we are now ready to publicly release this update. It's been over a year since the last update to Full Invasion, which we considered to be the ultimate version of the mod at the time. Over time, however, our community pointed out that there were certainly areas for improvement, so once we learned we would be unable to work on Full Invasion 3 for some time yet, we decided to return to FI2 and create an even better version. Our swan song to the community, if you will. This update addresses the biggest concerns with earlier versions of the mod, by making it more accessible for new players (while ensuring our veterans remain challenged), getting rid of most of the wait time, adding much requested playable factions, improving the admin mechanics, and much more. 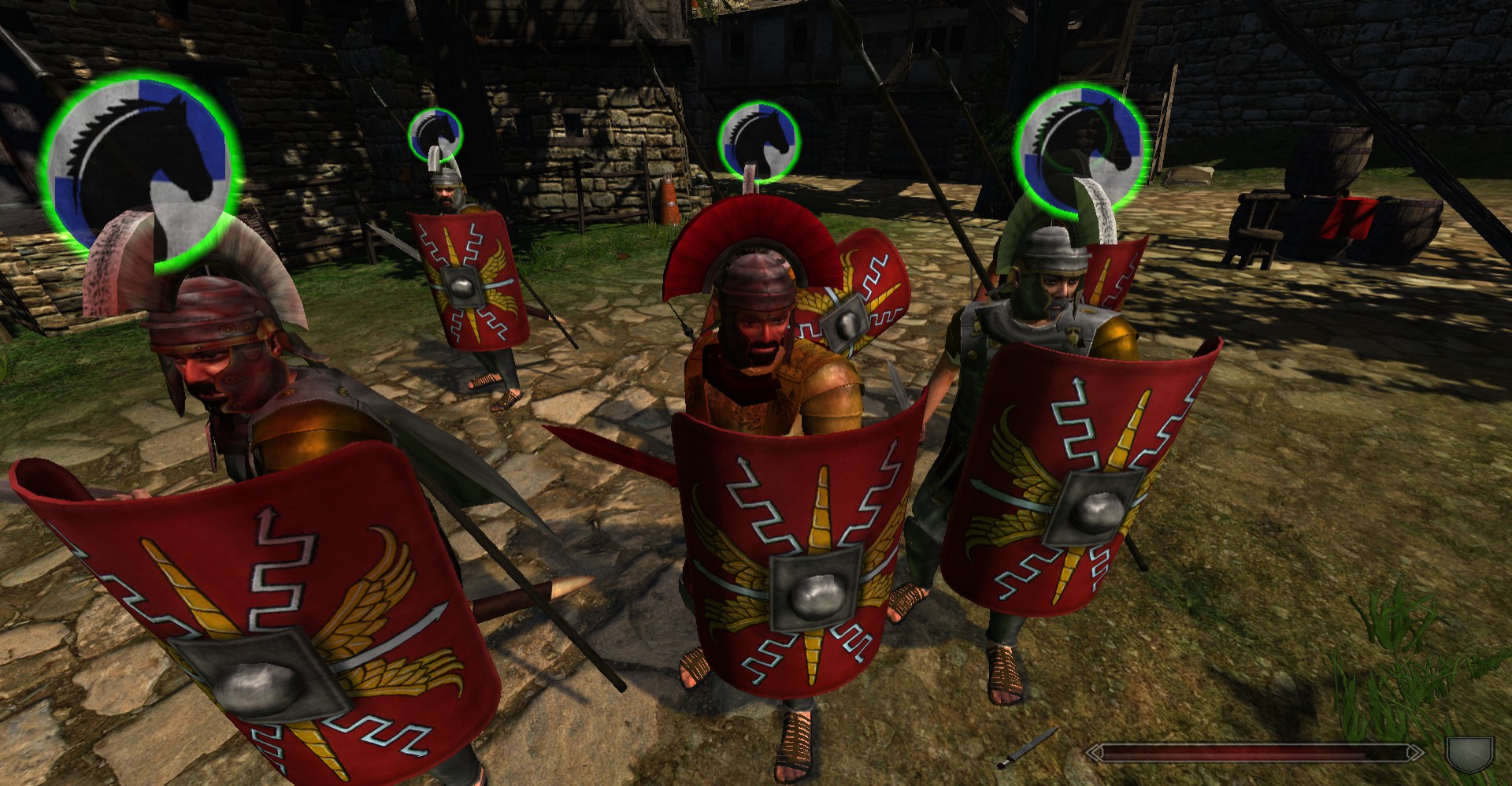 The new Roman subfaction of the Ancient World.

Since we can’t list every tiny detail here, instead we’ll unceremoniously dump the major changes into a couple of arbitrary categories! 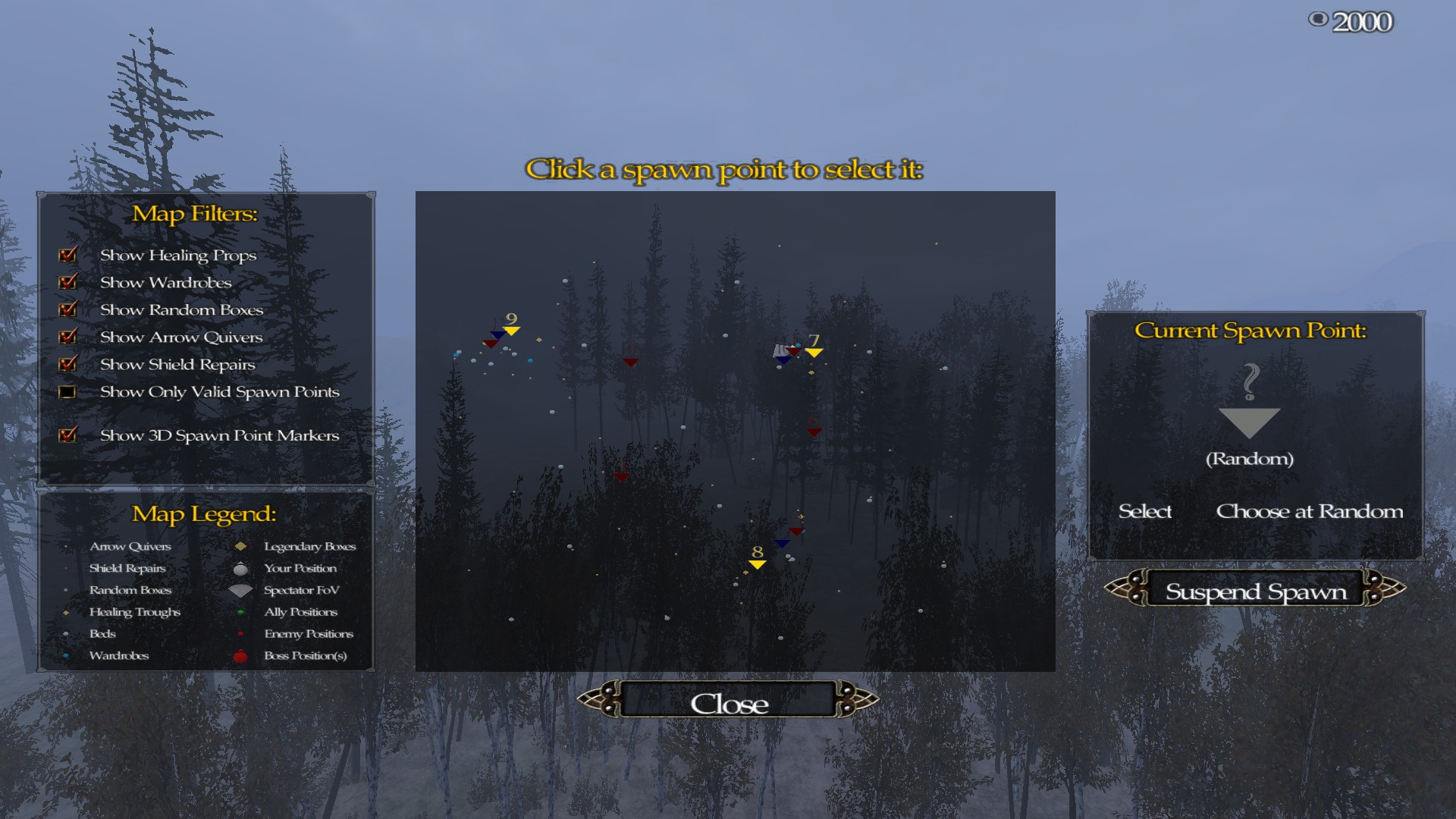 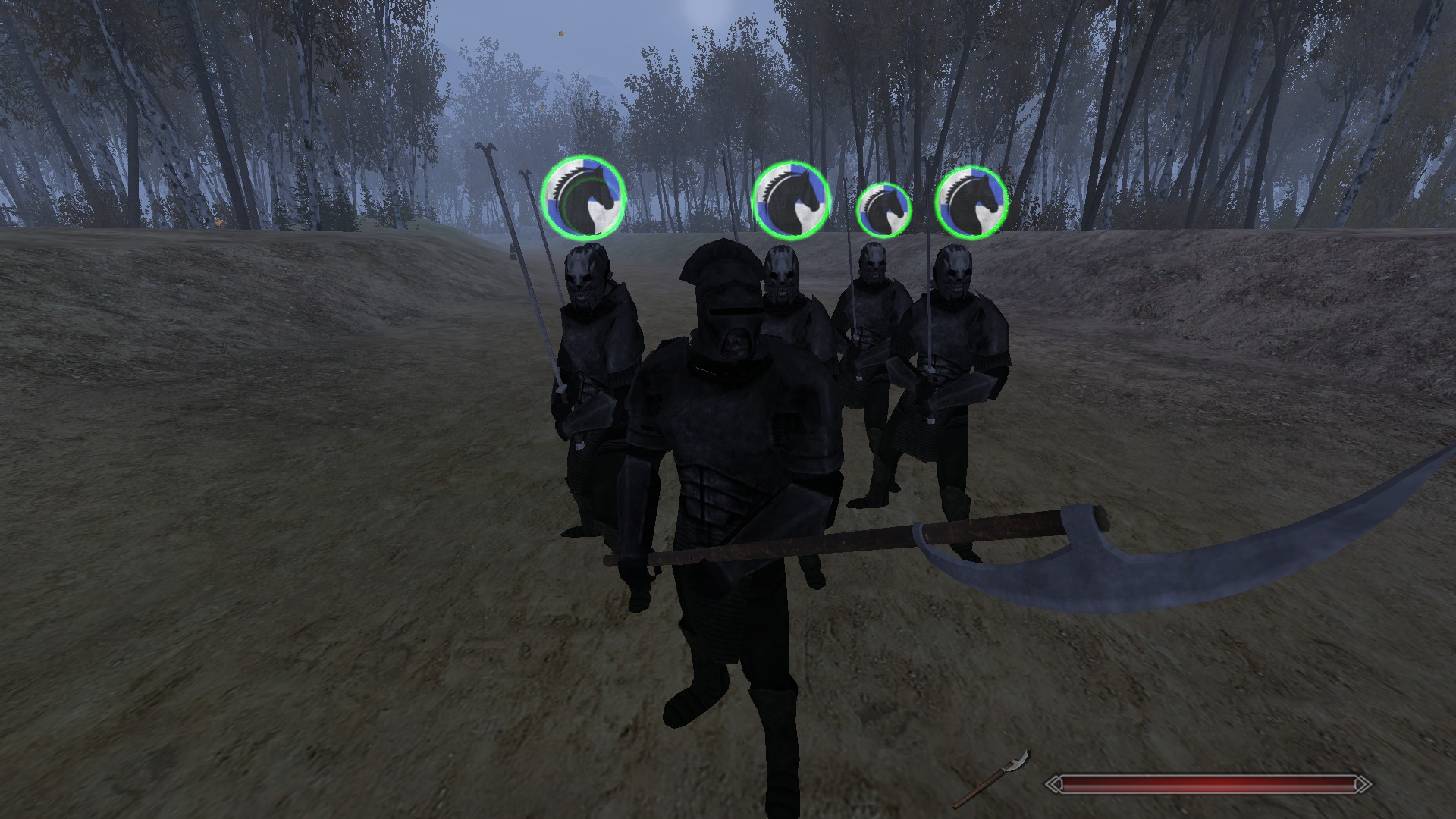 A new Isengard hero, with his Berserker guards.

In this article, we discuss some of the upcoming changes in Osiris 1.3! This version will merge the community's biggest wishes with our best ideas, and...

Full Invasion: Osiris - "The Next Stop"

In this article we discuss several major balance changes planned for the upcoming major release, Osiris 1.1.

Full Invasion: Osiris' release is finally here after nearly two years of development! Download details and the changelog can be found inside.

The installer for Full Invasion: Osiris. This installer will install version 1.3, and only works on Windows machines! **Please click 'read more' below...

These are the files required to run a dedicated Osiris server. You do not need to download these files if you do not intend to host a server!

The 1.21 patch for Osiris. This is not a full download, but a patch for people who already have version 1.2!

These are the files required to run a dedicated Osiris server. You do not need to download these files if you do not intend to host a server!

The installer for Full Invasion: Osiris. This installer will install version 1.21, and only works on Windows machines! **Please click 'read more' below...

trannies and ******* operate their servers and should rope themselves

Is there any chance of this mod getting field battles or at least more AI on the friendly side? With the low player counts it's kinda skewed. This is the only decent co-op mod and it would be great if we could enjoy the full spectrum of Warband gameplay on it.

do not install this mod. it is being moderated by retards akin to discord mods and all they play is lord of the rings. the few servers that arent ran by the moderators are usually too high of ping but have the most unique polls. i loved this mod but its dead, its garbage and a complete failure compared to the original. no i will not elaborate. *******.

Hello does this work on non steam version like GOG or pirated version? I was just wondering cause when I open multiplayer it doesn't show anything on the servers

Hello, I've been banned from the official NA server for over a year. I would like to be unbanned.

As you've already had your second chance which you squandered after about a week: no.

I am impressed that the mod is still being developed in 2021. I heard that due to the texture limit it impossilble to add more large factions, it's a pity that there will be no faction from With The Fire and Sword or classical Farmers for example. However, this year's patch 1.3 brought a lot of nice changes. On the biggest plus side for me: fight with boss and the fact that you don't have to wait forever for respawn. Also that can respawn not only during those 20 seconds between the waves - It was easy to miss that before. The spawnpoints are also a big advantage, although I think that a maximum of 2 lives would definitely be sufficient!
However, the era of watching 2 archers chasing 190 bots for 30 minutes is finally over!

New units, classes, weapons (fire arrows!) and of course the new invasion in 1.3 are really cool. Except for the overpowered ability of necromancer it's hard for me to find something here that I would not like here. Arcane Enginner is really unique unit (more such units with traps or even barricades!). Also good to see the fresh and good changes in the stats of the weapons, but some such as the Nestorian Rapier or throwing lances from arcane are quite strange (The more expensive version is worse than the cheaper one). Legendary weapons are also much more expensive and this is good bc of more gold at the end of wave but hmm I think some of this weapons really not worth the price. I don't know if you are planning a new patch, but maybe it could have better stats a bit or at least give some buffs to teammates?

A huge plus also for tools for administrators. Events are the driving force behind every mod, and the more options admins have, the more interesting events are. Class disabling, automatic messages and 200 of custom map slots is what Osiris events needed. The more such solutions, the better! I don't know if it's even possible or really usefull for others, but it would be fun if admins could spawn additional specific units, change the color of selected players on the scoreboard or spawn specific legendary weapons and reinforcements

The downside of this year's patch apart from having too many lives, is for sure athletic skills and the speed with which the bots are swinging their weapons. Also it happens a strange lag in the late game of some invasions (e.g. can't see when the enemy hits). Melee combat is almost impossible in these cases. Also the enemy units can spawn a little slowly and for me there are not enough of them in the early stages of the game.

However this does not prevent from enjoying the mod, the advantages are much greater. I probably spent more time in FI than in native so really thanks a lot for the superb work and best regards!

I like the new 1.3 version ( I played this mod even before the amber version :) ) but all the fun is spoiled by the * new respawn system *. I understand that you made this respawn system in order not to wait for 2 waves after death and to attract new players. But damn it! After playing, I realized that this system completely changes the entire gameplay of the mod, and as you understood, for the worse. It could have been made much easier, respawn after 1 wave and that's it! Why are these 3 lives? Now with the new respawn system, playing is easy and boring.I thought that when you add a new respawn system, the mod will become more complex and interesting, but in the end, in my opinion, this * system * of yours killed all the gameplay of this mod.

Hi there,
We're still monitoring the new respawn system to ensure that it doesn't make the mod too easy. We've already made several other changes over the course of the betas to ensure the invasions still pose a challenge.
As for why we didn't change to just a 1 wave respawn, it's because we felt like that would just be a bandaid problem. The main problem we wanted to tackle with this new system is the immense wait times at the later end of games, and having a 1 wave respawn would cut those times down, but since late-game waves still usually last 10+ minutes, those wait times would still be quite excessive.

So bottom line: if we find that the mod is too easy now, we'll compensate more (for example: letting players have a maximum of 2 lives instead of 3, increasing bot damage, making it harder to get that second life, etc). I disagree that it "killed all the gameplay", though, since its main benefit is that it enables more gameplay.

It is very bad to wait 2 rounds when you die, why does it not fall to 1 turn? This is my friend so he stopped playing this.

Have a read at the update article, they changed it now ^^

One of the best mods I've ever played.

The "Everyone Is Playing Pretend" mod Mount & Blade: Warband