Although often referred to as a modification, Multi Theft Auto is based on code injection and hooking techniques whereby the game is manipulated without altering any original files supplied with the game. The software functions as a game engine that installs itself as an extension of the original game, adding core functionality such as networking and GUI rendering while exposing the original game's engine functionality through a scripting language.

Multi Theft Auto's latest release is for the game Grand Theft Auto: San Andreas and is built upon a now open source game engine that has been in development for several years and is the only project that is still actively maintained. The engine provides users with all the necessary tools they need to create their own game modes and maps by exposing a large part of the original game functionality through a Lua scripting machine.

On Saturday, 22nd of August, 2009, Multi Theft Auto: San Andreas v1.0 was officially distributed as the first open source release. This release abandoned the now obsolete "Deathmatch" tag in the product name to emphasize on the versatility of the software. Gameplay functionality is solely provided by the scripting language, so users can choose or develop their own combination of scripts and other contents to customize and host their own type of game.

Same drill as usual. The year is nearing to an end, so here is a freshly baked summary post for you. Read on and learn about all the interesting things that happened in the MTA community in 2021. 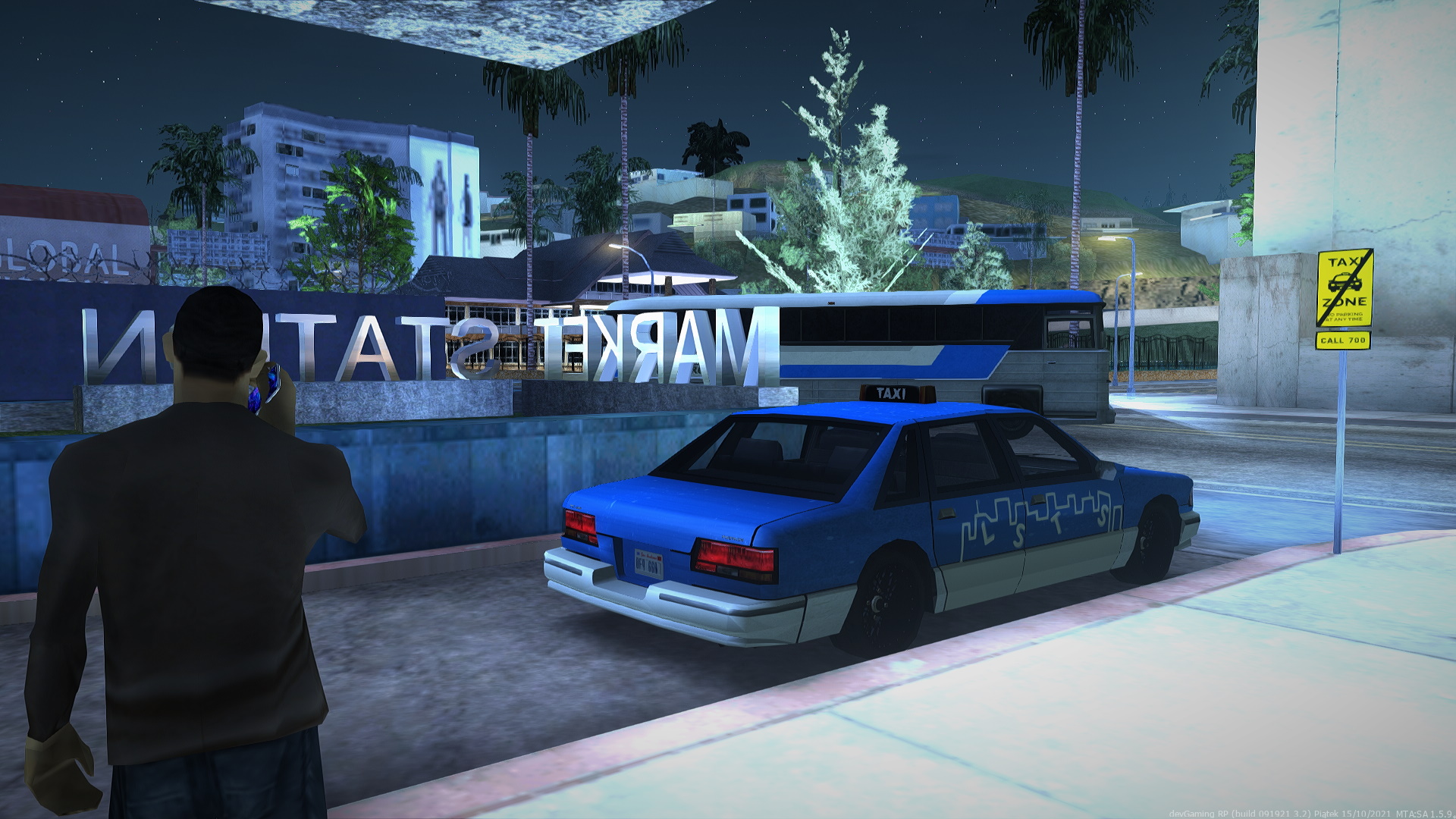 (kudos to Haxardous, Pawcio and turret001 for providing these screenshots!)

A bunch of interesting MTA:SA-related YouTube videos from this year

On a side note, our community on Discord keeps growing. We went from 20k users last year to nearly 40k this year. Our presence on social media (Twitter, YouTube, Twitch, Facebook and Reddit) is improving too - thanks to work done by Patrik and the Social Media division.

Enjoy the holidays and hope to see you back in the next year!

A new month and a new Multi Theft Auto release coming along with it? What a treat! This new release includes over 77 bugfixes and changes from 38 contributors...

Season Greetings from the MTA Team! Here is a status update for you.

It's been a while... Multi Theft Auto 1.5.8 is finally here! Come check out the release notes.

It's been a while... 1.5.8 is here! See the changes on our forum post. As well, we will be streaming on Twitch, come check it out!

This build is for Windows 7 and above only. Twenty-sixth stable release of the Multi Theft Auto: San Andreas multiplayer modification for GTA: San Andreas...

This build is for Windows 7 and above only. Twenty-fifth stable release of the Multi Theft Auto: San Andreas multiplayer modification for GTA: San Andreas...

This build is for Windows 7 and above only. Twenty-fourth stable release of the Multi Theft Auto: San Andreas multiplayer modification for GTA: San Andreas...

This build is for Windows XP and Vista only. Twenty-fourth stable release of the Multi Theft Auto: San Andreas multiplayer modification for GTA: San Andreas...

This build is for Windows 7 and above only. Twenty-third stable release of the Multi Theft Auto: San Andreas multiplayer modification for GTA: San Andreas...

This build is for Windows XP and Vista only. Twenty-third stable release of the Multi Theft Auto: San Andreas multiplayer modification for GTA: San Andreas...

I came across these mod, quite honestly you did great job guys!
Capture the vehicle is a lot of fun for a lan party with some friends! Could you please release a few new maps? Cops and robbers for a example would be great to have for a lan party! Or some Team deathmatch maps with cars etc...keep on working! This is big!

P.S. I think a short manuel would be help full for people who are new with this...it is not complicated but...

You can find more maps, gamemodes and other cool stuff on our Community portal:

WOOOOOOOOW! Best But ! problem when I respawn in it it Crashes... Plz Fix it

The best !
Atention, for MTA is recomanded to have a GTA SA client whitout modification !

like can i just install this and play? or do i need like patches and other stuff installed first?

You just need a clean installation of GTA:San Andreas. If you have that, you can just download MTA:SA 1.3.5 from ModDB or from our homepage.

This mod requires GTA:SA version 1.0, but if you have some other version the installer will try to downgrade it automatically for you.

SA:MP compared with MTA is impossible. Because MTA sync is better, MTA has a lot of USEFUL codes(not the useless codes and callbacks from SA:MP) but MTA have a problem, players. SA:MP have a lot of players, but 75% uses some type of Hack or Cheat, making SA:MP famous. MTA brings a perfect anti-cheat and Hacks are not your problem in MTA. Thanks, Kerang.