Brutal Half-Life is a modification that makes the game more violent and addictive. It is also a tribute to the classic FPS games. 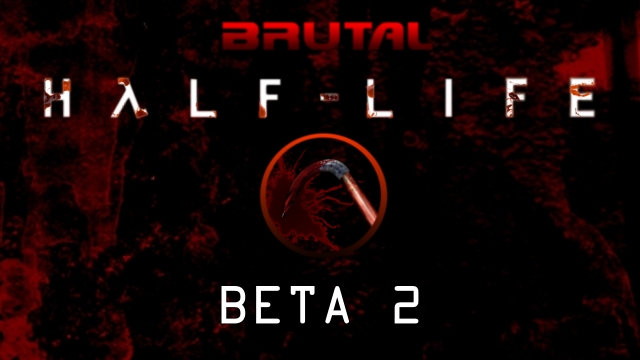 Public beta 2 of Brutal Half-Life. Still needs lot of work but it is stable enough for a release. I will continue adding more features in future versions.

-A lot of other additions, changes and improvements...

We saw a huge shift in modding in 2015, with cosmetic mods seeing a huge surge. Among these we found many epic projects, which deserve recognition as...

Beta 2 of Brutal Half-Life. Still needs work but it's stable

Blue HEV Suit Arms for Brutal Half-Life. That mod makes the HEV ARM turn Blue, but the Legs is not done. I'm working on Legs, but i hope you enjoyed this...

This replaces the default Crowbar with the one used in Gearbox's HD Pack. Compatible with both beta builds. Supports both player and world models.

This update broke so much more than it added... Most of the weapons feel like Im firing blanks. The bullets are going nowhere. Having too hard of a time killing headcrabs, barnacles sometimes have no hitbox. Dying state animations have also become exceedingly rare for some reason.
Biggest complaint is the gunplay though. Idk what happened, but everything became very hard to hit, and the bullets go nowhere. I found myself spending a full smg mag to kill 1 headcrab. Gonarch is bugged as hell. The part where a marine chucks a satchel charge down a pipe to kill you is also bugged. If you injure the marine while hes throwing, you will not be able to open the hatch, etc etc...
+complaint no gore on assassin models

You don't miss, but it doesn't register as hit. I don't know why is happens, but I've noticed it happening during certain monster sequences, like scientists in c1a0 for example.

I just want this mod to be finished.

I doubt that's ever going to happen. I do want a new update at least.

why the mod gets first in the page? that happen when a mod do a release/update or something. and there's nothing. ;(

It also happens when a new addon is added. Check the addons page. You'll see that one just got added.

thanks, i did not know that! yep, i think is the blue hands addon.

This is what Half-Life needs. I can't wait to see this mod expanded on. What really makes me excited is the idea of this getting integrated into other mods.