This is the mod edition of the weapons pack released a few years ago. It has been forked off of seven's SMC 5.30, bringing with it many new features - This mod requires darkplaces as it makes use of engine extensions specific to DP

The mod is a gameplay mod second, and branches off of SMC to include many new features:

- new models from arcane dimensions and my own creations (thanks sock!)

- level changes and additional levels featuring breakables, ladders, and other features from AD

And there are many more changes, most of which are configurable through the console so you can reduce it to be as classic quake as you like

Q: What darkplaces build do I need to run this?

A: A recommended windows 64 bit build is included in the zip in a folder but it was tested on the July and August 2017 builds of DP here - Icculus.org - get the one from the correct date that matches your OS and make sure to put the files in your root Quake folder (EX:: C:/Quake)

Q: Why is my screen black?

A: You are on the wrong DP build, see above

Q: Why do some textures have pink surrounding them?

A: Older builds of darkplaces did not support transparent textures built into the BSP, see above

Q: Why does the lighting look funky and super bright?

A: Realtime lights are not supported and unfinished on certain maps, the RT lights included are mostly for the fake volumetric lighting effects and light glows seen in some maps

Q: When I load this with X mod it doesn't work

A: Any Quake mods that come with a progs.dat will not work with this mod, Quake cannot merge code changes. You can copy the maps from a mod but unless it shares some features some things may be missing. You can use map packs and mods that replace cosmetic stuff though.

A: I have a user that helped me in testing this and it turns out Darkplaces does not play well with AMD cards, specifically it seems like AMD's OpenGL support is not very good, and DP is not super optimized in the first place. I have some upcoming optimizations to the map but for those who are on AMD cards on windows and have really bad performance will probably have to wait for the Quakespasm port

Q: I hate screenshake! Why is there so much

A: I didn't find it that bad but you can disable it with these console commands -

stick those in your autoexec.cfg since there is no menu option for them

The mod requires a 2017 build of darkplaces, and is not designed with RT world lighting in mind so performance in realtime mode may vary wildly

Development has been on and off on this mod for so long I wasn't sure I'd ever find a point where I felt I could release it, but here it is.

The first public beta of Quake 1.5 is available now, pick up your shotguns and blow away some lovecraftian horrors below:

Be sure to let me know about any bugs, issues you find, enjoy! 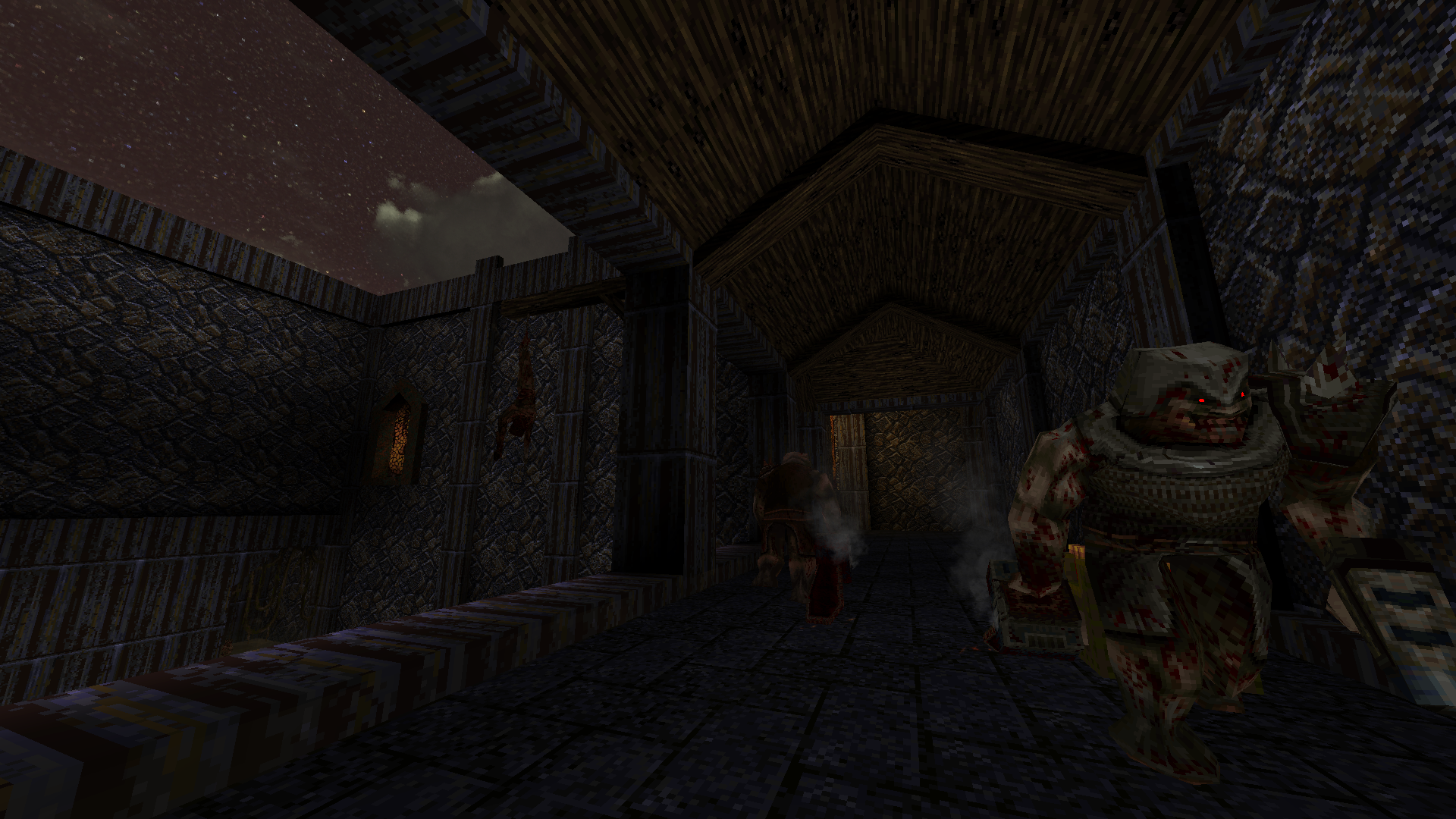 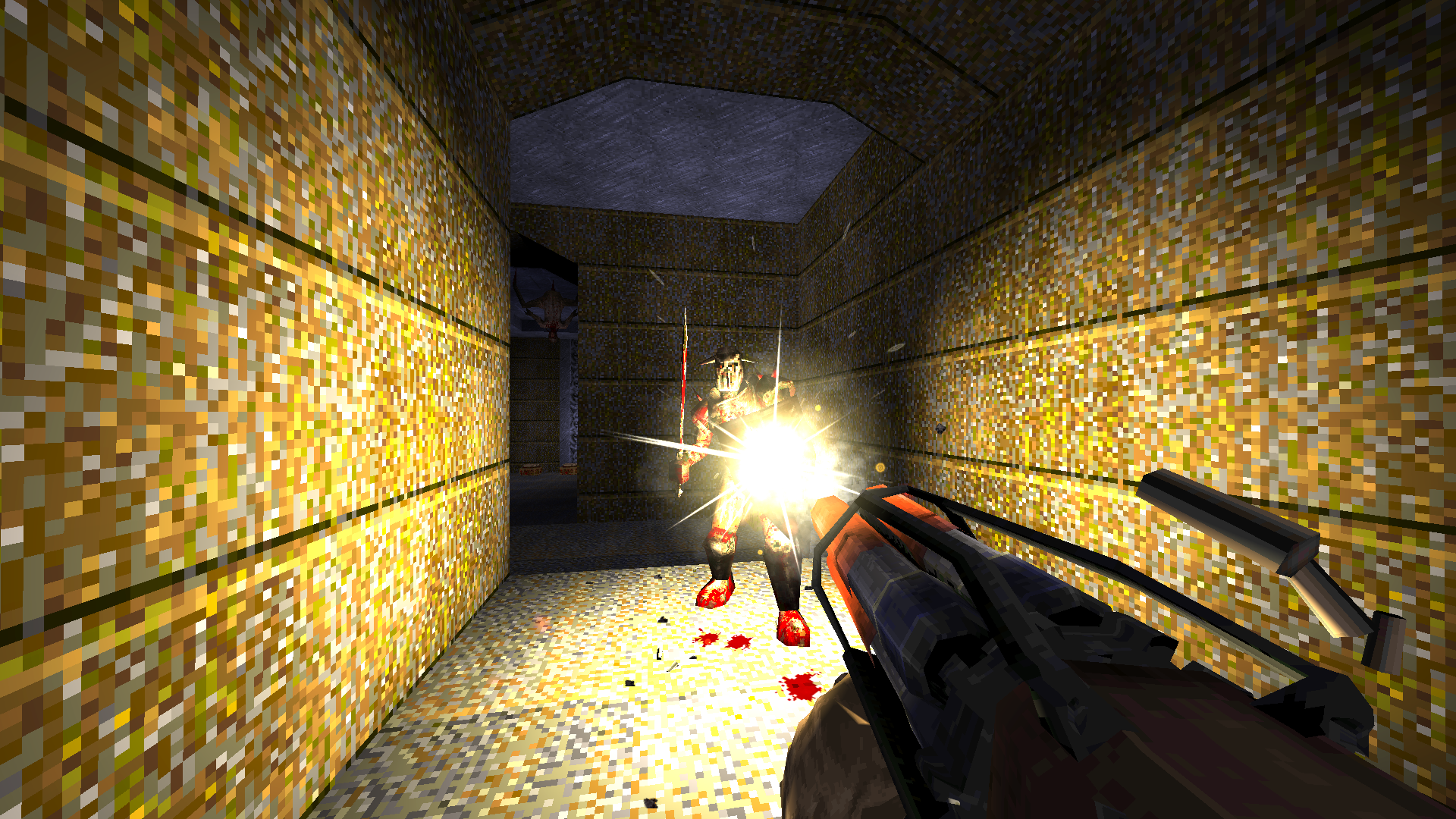 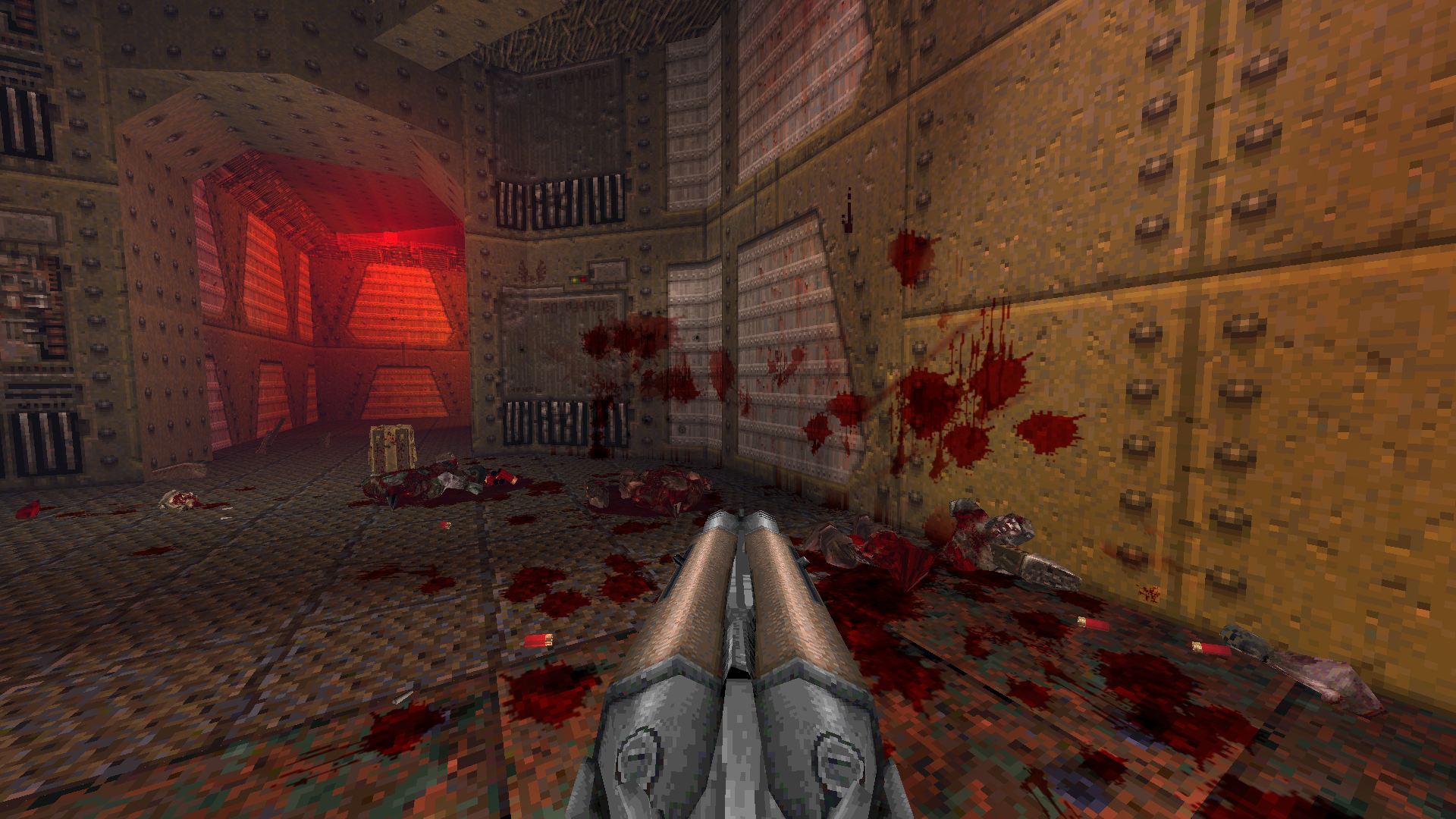 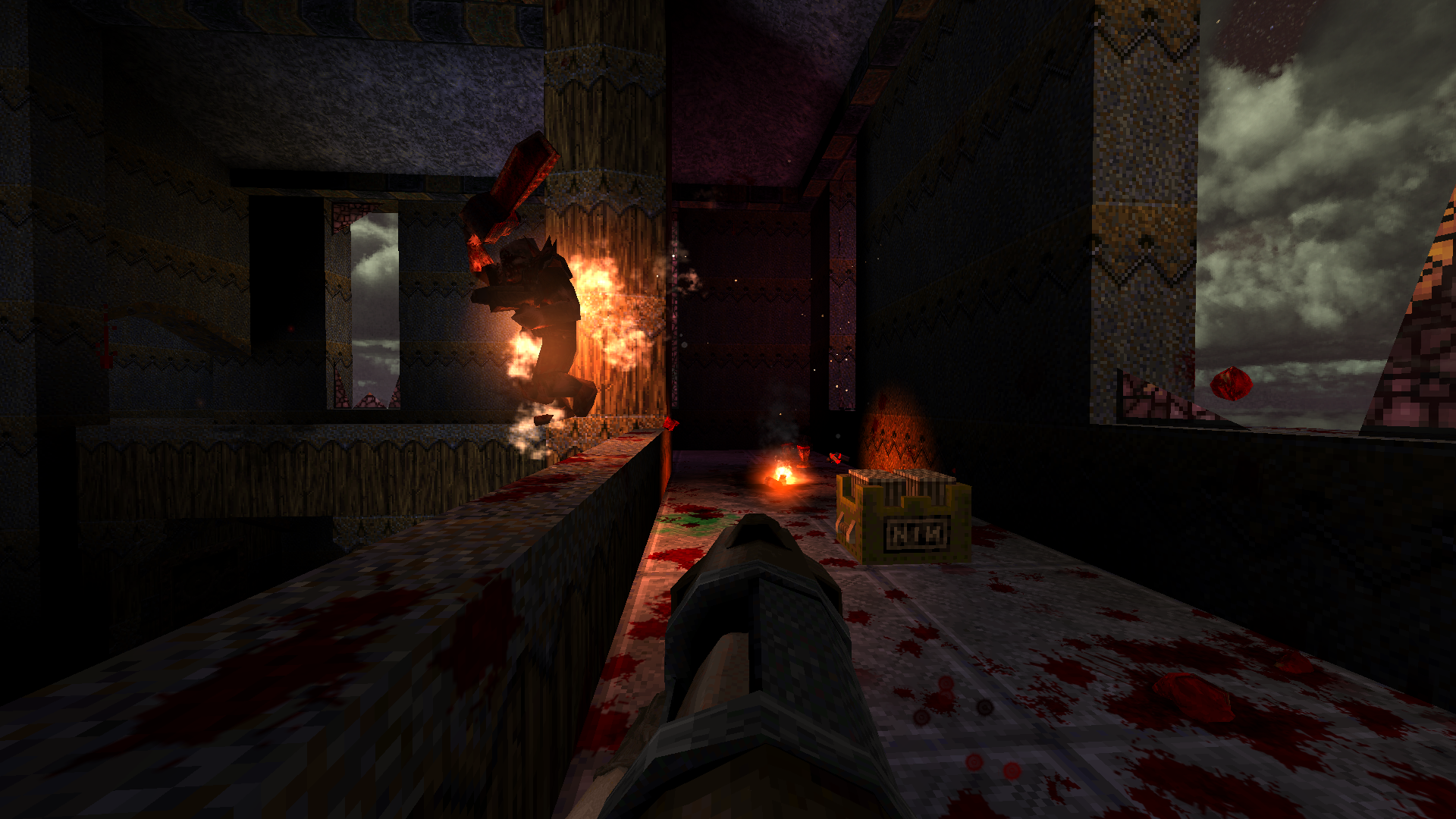 Return to the newly-remastered classic with these wicked mods.

This update showcases a trailer for the mod as well as details for the beta.

This is Quake 1.5 Compatible Custom Episodes Pack (Q1.5 CCEP) release 2, a selection of 10 worthwhile fan-made singleplayer episodes you can play with...

Combat+ is a refinement of Quake 1.5 & Quake's original design, primarily focused around adding depth and addressing flaws of combat in the form of updates...

Update to fix some minor issues, see below for changelog

Can someone just port the gore system to the remastered version of quake?

I had been playing this mod for almost a year. I was testing some video settings in game menus. One day I made a modification in the video settings. Now I can't access the game... the message appears:
"Videos mode failed"

does anyone know how to fix this?

Is there multiplayer with this mod?

hey is anyone having trouble not being able to change their character colors? It's not a big issue but still it annoys me.

how do you turn off slomo when gibbing

Can somebody port the weapons and animations of Q 1.5 to the Quake Remaster? Not gamepleay and gore system, just the weapons. I want to play the remaster with these weapons so bad T_T

Sorry to break it to ya, but this project has long been abandoned

Please tell me your source? How did you find this out?

Because I know bloodshot and his brother shadesmaster. He dropped it for slayers testaments

No activity from the dev for years despite still being in beta. Not even comments responding to fan's questions. I am continuing development with my Combat+ Fork. Send any bug reports and feature requests my way. Moddb.com New release coming soon.

This is a masterpiece.

Test it. You will understand.

MALICE for Quake (patched with bug fixes and soundtrack) Quake