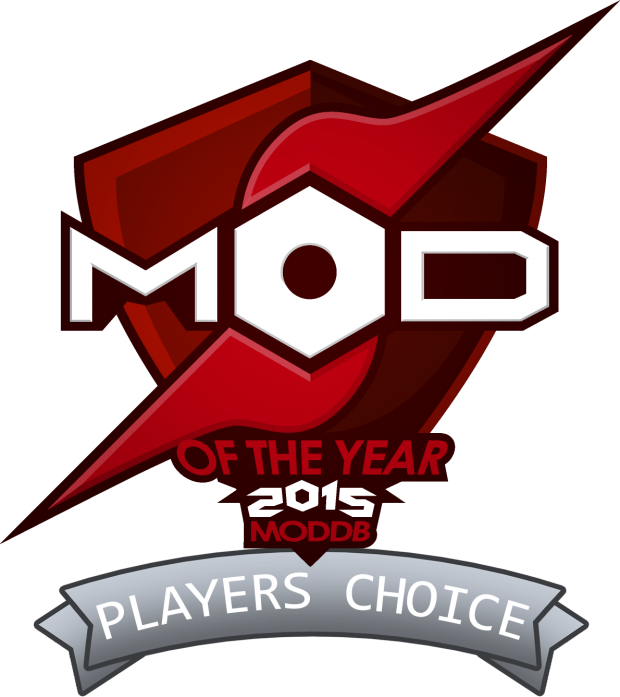 Welcome all to the 2015 Mod of the Year. After 20 days of very close voting, the results are in. Without further adieu, we are delighted to present your Top 10 Mods of 2015. Also announcing the top Indie Games and Mobile Games you're invited to check them out!

There are so many amazing mod projects on the site that have been in active development for a long period of time. As always you either had to place higher or do a significant update in 2015 to make this list. Here are the 2015 honorable mentions, that just missed out but are still worthy of your praise and attention. 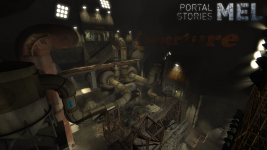 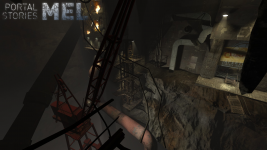 Portal Stories: Mel is a total conversion mod for Portal 2. Consisting of 22 levels with new environments, tough puzzles and a strong story. Complete with over 350 voice-lines, a full soundtrack, custom models, textures, particles and much more! The average playtime is 6-10 hours, depending on experience with Portal 2. All the puzzles in the mod can be solved with clever thinking, quick reactions are never needed. 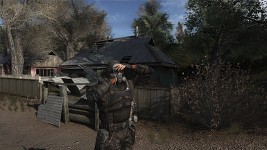 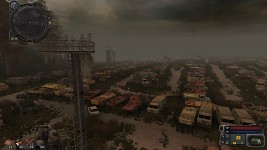 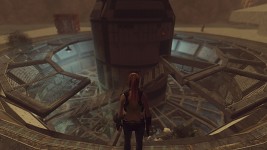 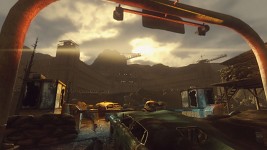 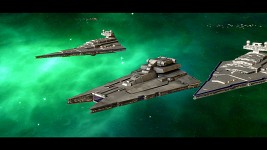 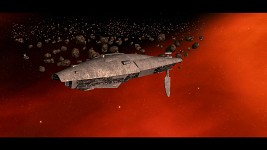 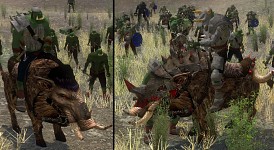 Warsword Conquest is a total conversion of warbands mount and blade 1.153 based on the warhammer fantasy world by Games workshop and is single player only at moment.

A modification for Mount and Blade: Warband, set in the universe of George R. R Martins "A Song of Ice and Fire". Also known as the popular HBO TV-series "Game of Thrones".

The Ultimate Apocalypse mod team proudly presents to the Dawn of War: Soulstorm players and fans, an eagerly awaited and packed with epic content game experience, the Ultimate Apocalypse mod! Imagine a mod featuring massive Warhammer 40,000 battles where all 9 races in Soulstorm (and more!) have a chance at epic victory. A mod where there's no shortage of all new units, buildings, abilities, and even titans! A mod where there's nearly no limits holding you back. It's all about all out, massive war. Wanna nuke your enemies? You can. Gloriously epic titan duels are your thing? Ultimate Apocalypse has you covered. Not only that, but Ultimate Apocalypse is continuously tested to ensure the epic battle experience it delivers remains unique while being completely awesome.

Rise Of The Reds is an expansion mod for Generals: Zero Hour that adds the Russian Federation, European Continental Alliance and is packed with overhauls and changes to the original factions. Whether it's steamrolling Russians, indomitable European defenders, American high-tech, Chinese strength in numbers or the brutal cunning of the GLA - Rise of the Reds has a faction for everyone's tastes - even to take your opponents on land, air and sea!

The Edain Mod aims to take you deeper into Middle-Earth than ever before and create a game worthy of Tolkien's books and Peter Jackson's movies. In our quest for lore accuracy, visual quality and deeper gameplay, we overhauled every aspect of the original game to craft a new, immersive Lord of the Rings experience. Discover the new factions of Lothlorien and Rohan, field new units and heroes for each of the existing factions, enjoy a visual style closer to the movies and unleash the power of the One Ring with individual Ring heroes for every factions. Light or Shadow, Defender or Conqueror... the choice is yours.

My gratulations go, especially with Ultimate Apocalypse, Mental Omega, Rise of the Reds, Fallout NV Project Brazil and S.T.A.L.K.E.R.: Call of Chernobyl.
Also, to the other mod makers and teams too for keeping Modding alive!

Finally, the Edain Mod got its well deserved merit.
Congratulations to all the other Mods as well.

Is it a big difference?

Mod of the Year: Real Time Strategy Domination Edition? Congratulations to the Edain Mod, Rise of the Reds and all the other participants from the Mental Omega team!

I'm glad my favorite C&C mods are in top 3! Congratulations to ROTR and MO! And to the winner ofcourse!

I'm speechless. What else is there to say but a massive thank you to all who voted for us? You guys are awesome!

buddy, you guys provide us with the equivalent of BFME 3 and amaze us again and again with incredible models, new factions,exciting missions, on-line games, balance and a link from the films and books in every faction, EDAIN S THE BEST!

Congratulations! The Edain Team truly poured all their heart and passion into developing this badass mod. You guys deserved it!
And congratultions to all other mods as well

When I buy the game, I'm going to give your mod a try indeed!

LoM... it is kinda hard to believe... i still remember how i joined the Modding-Union at the end of November 2009... how much has happened since then...

If any mod of all time deserves this it's you guys.

dayum, two C&C mods in Top 3.
looks like this is the year for RTS. congrats guys!

Yea there had been quite a lot of RTS realeases and announcements this year :)

ABSOLUTELY no disrespect for the modders of the C&C mods, but C&C is MOST CERTAINLY NOT THE BEST RTS GAME!!!!

Yes C&C might be good if your stoned and/or 12 yrs old and just learning how to play RTS games. It's just an older sibling of Supreme Commander or any of a number of simplistic battle for stupidity games that keep coming out.
C&C should NEVER ever be considered a real RTS game just because of it's abject simplicity and boorishness.
But then again C&C is an EA game so why would anyone think that company ever has any thing new besides a "Sports game" in the first place.

CONGRATS TO ALL THE MOD WINNERS AND TO THOSE MODDERS WHO GOT HONORABLE MENTION! i KNOW MODDING IS VERY HARD WORK. :)

THIS comment is pertaining to the statement that C&C is "Real" RTS. C&C is at best a teenager's version of what a true RTS game where you actually have to think with a sober brain to get to win :))

I think you're the stoned one here.

Don't dis stoned folks, kids. They're a bundle of entertainment, and will find you a working McDonalds, regardless of the time, faster than you can say "Big Mac."

Also, since some folks might actually take that thing up there seriously, let me share my most reasonable conclusion regarding the original statement: I.imgur.com

Yes! Edain team i'm so happy for you, you deserve it!

This is unbelievable....thanks to all fans around the world!

Mount and Blade still standing strong with 2 mods in list!! But first place made me think of buying Lord of rings game cause it looks wery good!

believe me bud IT IS

and expensive... the game has ceased to be produced so new copies are sold by prices in the 100s

Thanks to all who voted for Rise of the Reds this year! And congratulations to everyone else! =)

It's time to update the description on the main page already! :P

Ultimate Apocalypse would have been 1st in my HUMBLE opinion.

But that is just because im more into W40K than LOTR lately :D Both have done some outstanding work!

Yes! Thanks to the edain team for this fantastic mod!

You Hear That Lads We Won!!!Lets celebrate!

congratulations Edain team and also to every fans of the Edain Mod.

Shame you guys were beaten by A clash of kings, The modder of that is an arrogant **** :/, But great job for even making it on the top 10 :D

Congratulations edain team . You deserved it for a long time

A great selection of picks this year, Outstanding work in 2015 everyone, Cant wait to see what you create in 2016!

Nice list, but I admit I'm surprised the 'A Game of Thrones' Crusader Kings 2 Mod didn't make the cut

Very nice to see two of my favorite mods on Top 2. I've been playing Edain ever since the Dwarven faction was added, and Rise of the Reds since version 1.85 was released, and I think both mods deserve their place on Top 2. Congratulations to Edain Team, SWR Productions and all the other mod makers for this recognition! ^^

Glad to see the STALKER universe is still alive.
Thanks! A 9th place is already a great achievement!

Congratulations to the Edain team and to all the other Mods as well.