The time has finally arrived, the moment everyone on ModDB has been waiting for. After countless days spent voting, promoting and deciding it all comes down to this. 10 final placements for the very best mods that 2010 has seen. The victor will be able to stand tall against great mods like Project Reality, Natural Selection and MechWarrior! A big thanks to all those people who voted, its been a hell of a year and what better way to end it then announcing the Mod of the Year 2010.

To qualify for the top 10, the mod must place higher than it has in previous years and must have had a significant update in 2010. Otherwise an honorable mention is given, which these teams have received:

It is hard to knock a good mod down, that mod without a doubt this year is Project Reality. However being previous winner means Project Reality has reached the highest point, so they cannot place again. Thats just how good PR really is!

While Renegade X might be moving away from the modding scene with their UDK version players still decided that Renegade X would place high, just not high enough.

While MechWarrior: Living Legends may have already placed the highest it possibly can, it never stopped people from voting. To bad you can't beat being one of the top mods.

It has been a while since GoldenEye: Source has managed to place in the top 10 since the release of 1.0 popularity seemed to skyrocket! Lets hope they keep it up for next years event!

Always the brides maid never the bride Sven Co-op has been in every single MOTY event coming really close but never placing high enough to win.

Another mod just missing out on the top spot is Star Wars Mod: Galactic Warfare still well within the top 10 for Honorable Mentions!

The only mod to miss out on getting a spot in the top 10 only because they did not have any updates this year is STALKER Complete quite an accomplishment! 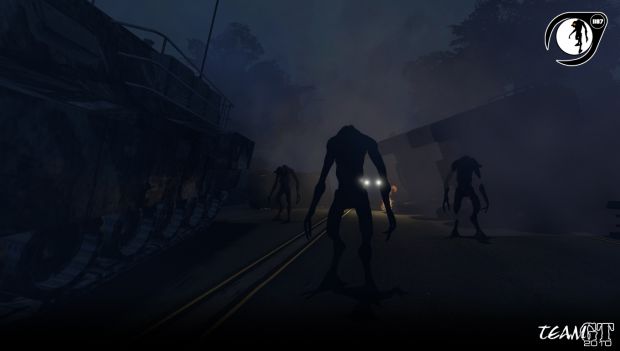 Eleven Eighty Seven
Almost a decade after the black mesa incident which opened up the portal storms you find yourself trying to cope with its aftermath. They came without warning and swept the world. For no apparent reason you've been approached as in a dream by a man in a suit. Having no idea of what's going on all you can do is try to stay alive.
9 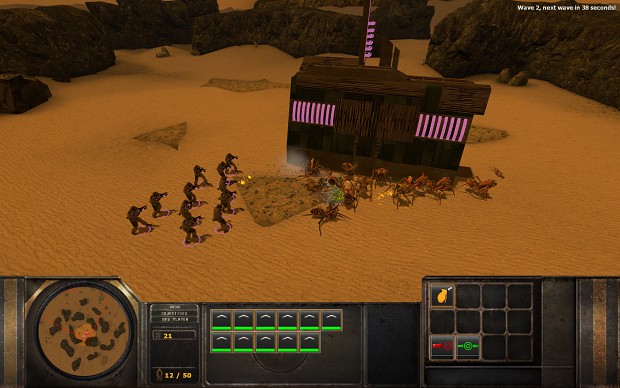 Half-Life 2: Wars
brings the struggle between the human resistance and their Combine overlords to a real-time strategy setting. It features 3 game modes: Antlion Skirmish, Antlion Capture the Point, and Overrun, showcasing the Antlion and Combine playable factions. Future releases will include skirmish matches between Resistance and Combine.
8 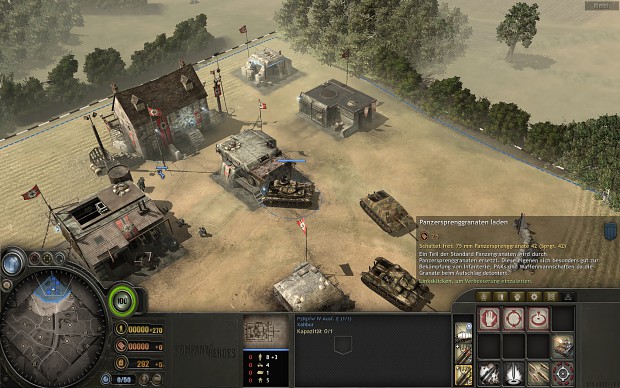 Blitzkrieg
touts a impressive list of new features such as a much more realistic Weapon damage system, many new skins for infantry and tanks (and wrecks) also including many own made tank skins, many new units for all factions, modified and enlarged Commander Trees (now 16 Upgrades!), new abilities, new sounds and recommended new maps included.
7 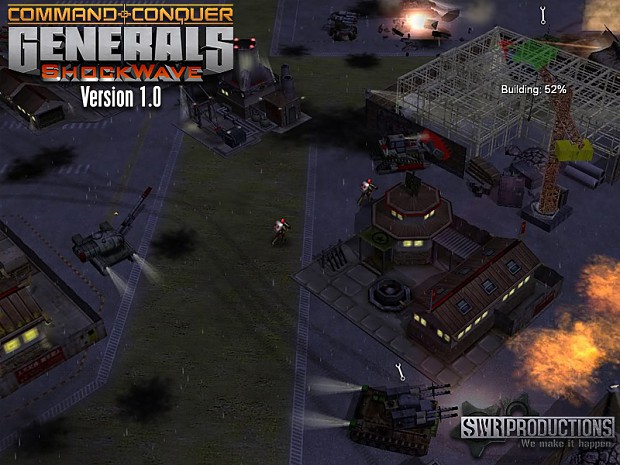 C&C: Shockwave
aims to make Zero Hour a more interesting game with more diversity between the generals, making you think twice before you select a certain general, and overall provide more choices, diversity, and strategic freedom than in Zero Hour - while keeping the spirit and design direction of the original Generals game and storyline.
6 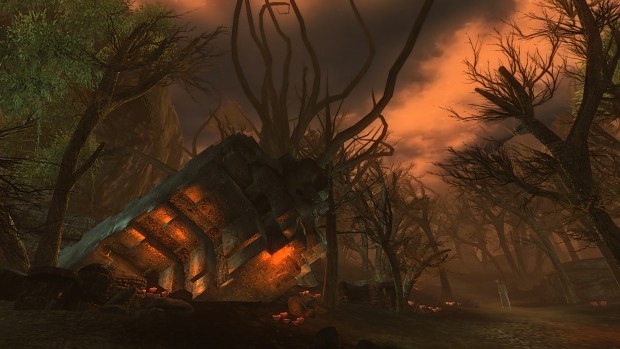 Nehrim: At Fate's Edge
is a Total Conversion for the RPG The Elder Scrolls IV: Oblivion. It is a self-contained game that bases upon the Oblivion game engine, but has no relation to Oblivion's lore. It is a world in which neither Tamriel nor any other TES based name exists. The continent itself on which the game is situated is called Nehrim, it is completely independent from the base game.
5 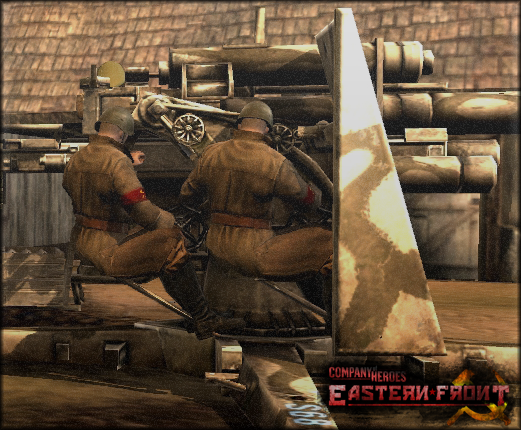 Eastern Front
is a mod for Company of Heroes. Following the ethos of mimicking a Relic Entertainment expansion pack, Eastern Front has succeeded in adding a full Soviet faction packed with unique and exciting units to the existing armies - a feat never before achieved in the Company of Heroes world.
4 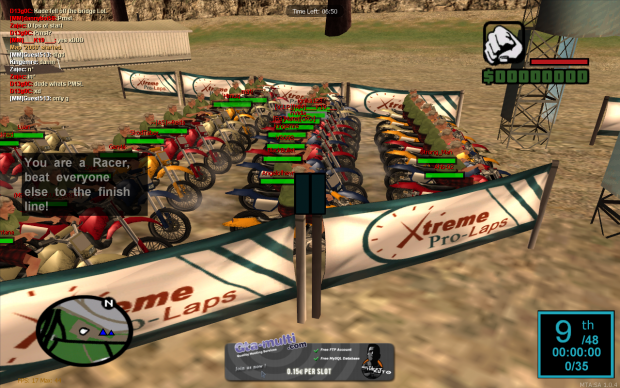 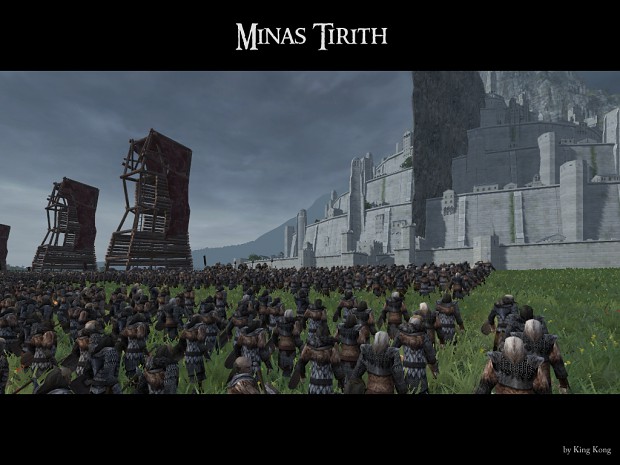 Third Age - Total War
is a total conversion modification for 'Medieval II: Total War - Kingdoms Expansion' that brings you into the world of Middle-Earth. The Production has been going since March 2008 and the mod is still well under development and boasts a variety of new features.
2 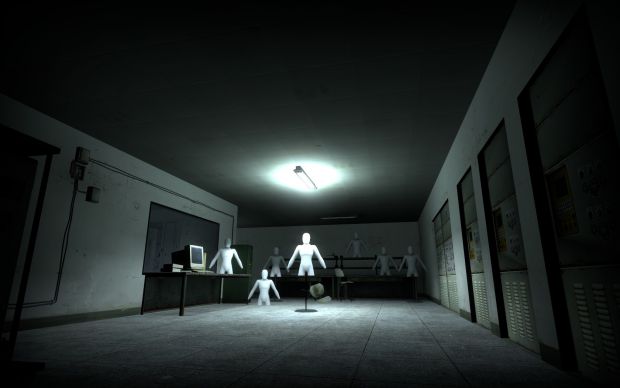 Nightmare House 2
is a total conversion for Half-Life 2. You wake up inside an abandoned hospital with no understanding of how you came to be there, only a vague memory of the girl from Nightmare House haunts you. Soon it will be difficult to determine between a dream and reality. How long will it take you to realize that escape is not an option?
1 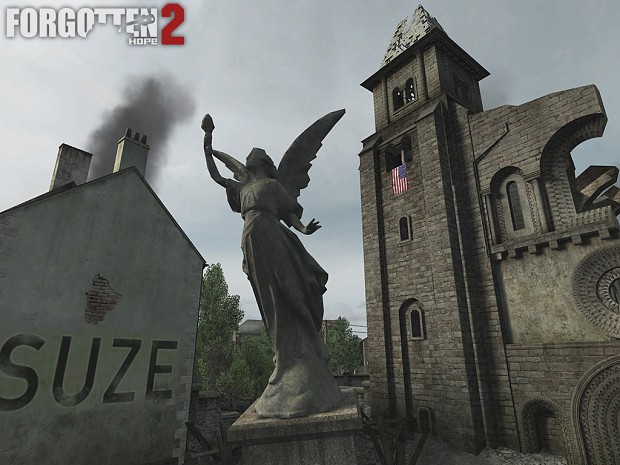 Congrats to all who made it, especially the nominees.

Congrats to all the mods!

Congrats to all, except Eastern Front...

lol, whats wrong with it?
They are some pioneers in CoH modding

Eastern Front is a BRILLIANT mod for Company of Heroes, adding the Soviets

EF isnt a mod... thats an addon... Blitzkrieg is a mod

For a guy with Captain Ramius as his avatar...

The Soviet faction is crap compared to the others or the AI is cheating its *** off. If you think it deserved it for some reason even though Blitz is far better thats your opinion, not mine.

for exaple: resistance and liberation had really good video updates and pr, and didnt win...but im still ****** surprised that u guys didnt voted on ruiner.

He isn't talking about Public Relations, but about Project Reality... My thought exactly; there are some mods in that Top 10 that are sucking the balls of all of the Honorable Mentions.

A WW2 mod that was released 3 years ago?

In my opinion it could have won then, and it's only been getting better since then.

didnt see FH2 being top, still gratz to all mods who made it!

multitheftauto has been out more than a year, so it cant a mod of the year *******

Reading some comments making me go *ULTIMATE FACEPALM* what kind of a bs list is this 'Mod of the Year' should be about mods that where/are being made (and possibly but not necesarily released) this year!
How can a mod from 3 years ago win! I have no problem with mod awards but come on don't call this 'Mod of the Year' call it 'Mods of the Past' or 'Best Mod Awards' just giving some suggestions... just damn -.-'

The Normandy update was this year, before it was afrika and greece, it deserved it completely

Multiplayer mods can easily become eligible to win MOTY on mutliple years. Singleplayer mods get one shot and then it's game over. If multiplayer and singleplayer were kept seperate like editors choice I think it'd be fairer.

I know you are mainly saying this because u are NMH2's coder but you are right! Nightmare House 2 derves place 1

A Mod which is still in development and is releasing new content every year, getting better every year and isn't even recognisable as BF2 anymore! Its not like it was released 3 years ago and left to die!

Those who followed FH2 for the past 3 years, knows why it deserves to be MOTY 2010. FH2 contains more content of WW2 then ANY other WW2 game out there. The multiplayer is addictive, and theres always updates and new releases

PR and FH2 might be BF2 mods. But they are dam well made.

Well, i think forgotten hope for bf42 has a little bit more content than for bf2 xD, but they will get there eventually. Forgotten hope has one bad-*** moding team as the rest of the winners. Congratulations to all and also everyone who made in top 100

Nobody is arguing that it isn't a good WW2 mod but his point is valid, multiplayer and singleplayer are two entirely different bests and comparing the two is like comparing an rpg to an fps and should be treated as such in the MOTY awards

Shockwave made it into the Top 10? That is damn impressive, I think that's the first time a ZH mod has ever made it that far.

Yea, on PR's page he said PR is the only BF2 mod with any effort put into it. Srsly, come on.

FEAR: Source gets second place. Good god, it's not even that scary.

lol'd so hard. that's exactly what it is too

Yeah, and the opinions of all the people who voted for it totally don't matter.

Congratz everyone!! but specially BK and FH2!

It was your year FH2! Congrats. I was surprised by the variety this year and would like to congratulate everyone on the list including Dec and the rest behind 1187 for their hard work. Happy Holidays!

Congrats Fh2!
You guys definitely deserved it :>
Congrats to the rest of the mods too, all of them are good!

I can't believe that two Battlefield 2 mods had won.

because they are better

It's because BF2 mods are exclusively multiplayer and there's not many of them. The ones that survive get a fairly large playerbase and thus a lot of votes.

Source has a lot of mods spread out over sp and mp, all the mods get a few votes but the few active mods from BF2 get a lot of votes.

I think it's worth pointing out that judging by watchers, 1187 and HL2 wars both have larger playerbases than either the two BF2 mods

you mean PR has less player base than those mods? yeah right

watchers mean nothing, most of players dont "watch" the updates from moddb but on PR forums. I think PR have a very large player base, way much larger than most (any?) HL2 mods. I mean, PR have always at least 3 full servers on the worst times, and more than 10 on good hours. The forum have like 40 000 + members...

Congratulations FH2.
Now download it and try it out if you haven't yet ;)

Ok, as a Project Reality player I accept the honorable mention since it won MOTY before. A big CONGRATZ! to those mods that made it here, in the top 10, and even to those that did not, every DEV deserves a big THANK YOU! and a pat on the back for their efforts... and, last but lot least, a very, very big THANK YOU! to ModDB staff for their efforts in organizing this copetition, and, just for doing their thing.