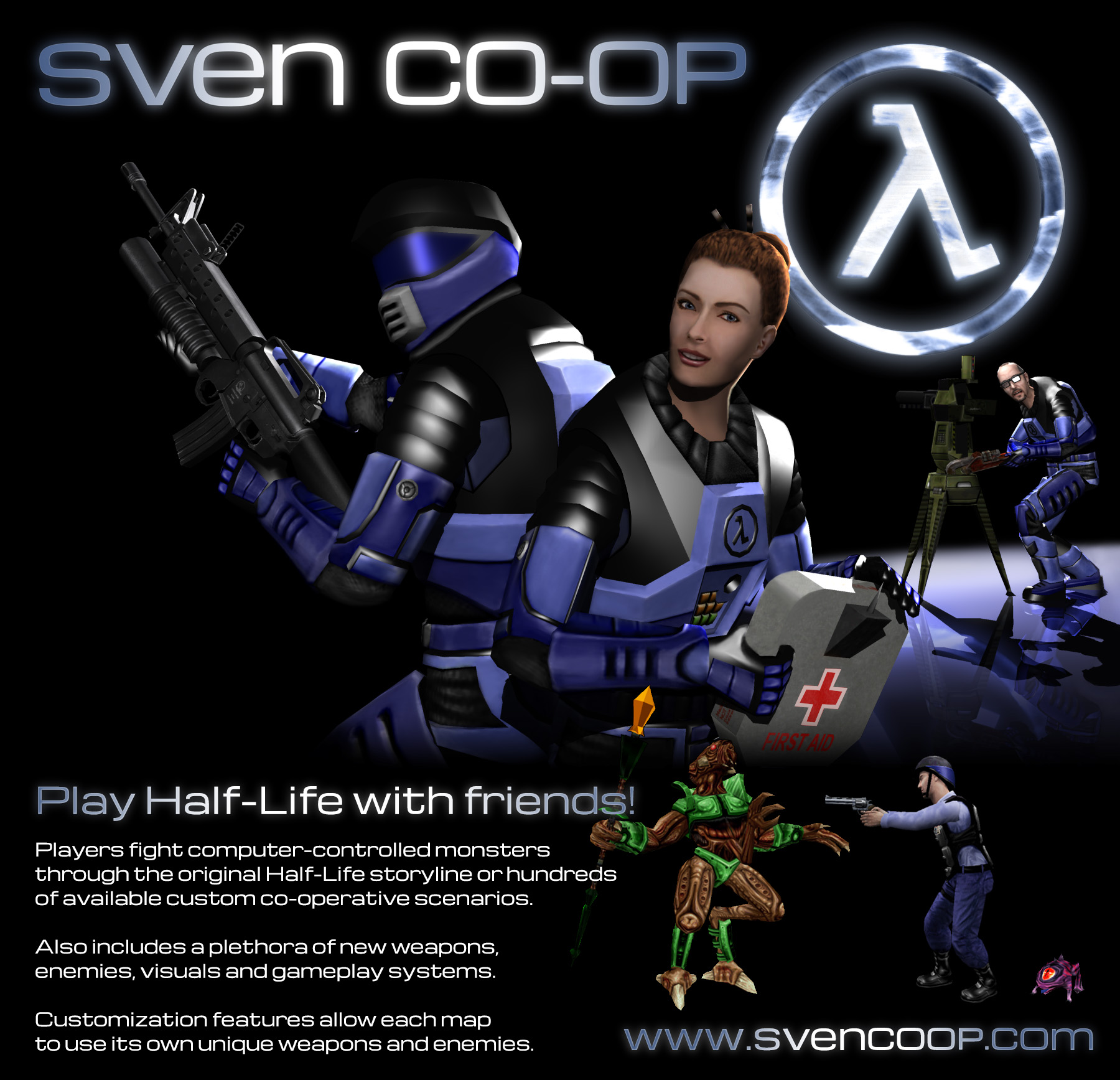 Greetings Svencoopers! We have been been silent on the news front for a while, but I can assure you that a lot has been going on behind the scenes. Releasing a game is a lot harder than you’d think, I swear! In fact, we had been hoping Santa Garg would be bringing a big present this Christmas - as he often does - but out of the blue his leg got broken, and well… Christmas had to be cancelled. Luckily, Santa Garg’s leg has now fully healed! Too bad he only delivers presents on Christmas. That’s just how it is, we hope you can understand. Thankfully, there are other occasions for gift-giving.

Today we’ll be talking about a couple of things. First off, there is a really important thing that we would like to mention here. It’s mostly of interest for level designers. A while back on our forums, banan2288 posted a new entity guide he had been working on. This entity guide covers all current entities in the game; information that could sometimes be hard to find before. But now we finally have a fully comprehensive guide, which should be very useful for all mappers. Thanks a lot banan2288!

Here is the link: Sites.google.com

Now, here’s some really cool news which we hope you will all like: Our trailer for Sven Co-op 5.0!

We hope you will enjoy this 2 minute introduction to our game, which also includes footage of some new maps and features. Also featured: Our new main menu theme by Pavel_Perepelitsa! The video itself was created by Mr. Mazur.

Since we still get a lot of questions about this: Remember, Sven Co-op 5.0 will be available for free on Steam, even if you don't own Half-Life 1. And this includes our Half-Life Singleplayer conversion.

That is all for now. Expect more media and information about 5.0 in the near future!

As a side note, the first version of Sven Co-op was released on January 19th, 1999… That means SC’s 17th birthday is in just 7 days! Wow! Who knew Sven Co-op was so old, huh? I don’t know about all of you guys, but here on the Sven Co-op team we will be celebrating that day!

Sven Co-op 5.0 has been released as a standalone game on Steam!

The doors have opened for our closed beta test signup. Apply today!

We're excited to announce that we will soon begin closed beta testing on Steam. We're looking for 50 dedicated gamers to join us in our testing sessions...

This is small update for Sven Co-op Ultimate Definition Pack What We Changed?: Added New Models For Classic Mode and They Hunger , Added new a few (not...

Place the contents to the HL folder. As long as there are no pre-existing contents with the same names.

Put the file in your HL folder Example:(C\Program Files x86\Steam\Steamapps\common\Half Life) Not sure if this works since the 'Steampipe update', whatever...

to place in the Half-Life installation directory\SvenCoop\maps

This is Sven coop 4.0 beta.Which is NOT won supported.It is a Non Steam MOD and Half-Life Steam MOD.But for those who are looking blue shift support,and...

Where is the black mesa version of this mod?

sven coop 2 has been cancelled for nearly 10 years lol.

Can we get the link here for the invitation? Would love to play with some people

The only problem, i dont have any friends :(

Half-Life was one of a kind. Other than the extraordinary story, it had great gameplay and amazing graphics (for the late 1990's).
Now, you can play it with a friend.
Can you ask for more?