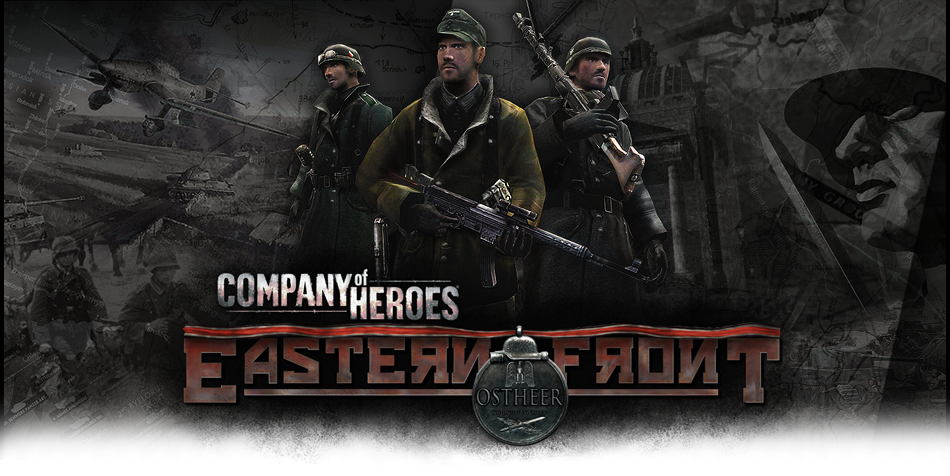 Eastern Front is a free mod for Company of Heroes. Following the ethos of mimicking a Relic Entertainment expansion pack, Eastern Front has succeeded in adding a full Soviet faction packed with unique and exciting units to the existing armie as well as the rugged Ostheer - a unique new Axis faction who was designed from the ground up to counter the Soviets s - a feat never before achieved in the Company of Heroes world.

We are constantly working to improve Eastern Front; our dedicated and experienced development team has worked on the mod for three years, and we don't intend to stop yet. The future will bring new campaigns, new reward units, further game mechanics and an overall better experience.

Special thanks to everybody who made this mod possible, including our supporters.

Extra Special Thanks to Christian Werner von Schlippenbach and Loran Dennis Kornis, much admired fellow modders who contributed so much. May you Rest in Peace friends.

Before downloading Eastern Front, please ensure that you have Company of Heroes patched to 2.700, this is vital as the mod relies on certain features from this latest patch. All future updates will be applied automatically through the Launcher.

-Does NOT require an existing Eastern Front install-

NOTE #1: Relic integrated Steamworks on Company of Heroes and turned off
the old servers since May 7th, 2013, this means the retail version is no
longer officially supported by them, so from now on, Eastern Front
can be played only with the new Steam version of CoH which
appears listed as "Company of Heroes (New Steam Version)"
in your Steam library. You can add your old CoH key in
Steam, for more information please read this.

NOTE #2: Eastern Front mod can be played in any CoH game
that is updated up to version 2.602. But you need to
install the compatibility fix for 2.602 in order to
not get a crash. If you install this fix in any
other version of CoH that is not 2.602
your mod will crash. We do not
support development for this
version of EF, so play
it at your own risk.

Problems, Issues and Bugs will get lost on our ModDB homepage.

We are warning you now that your query may not be answered by an Eastern Front developer if you post it below. We have probably already found an answer to your problem, so please follow this link to find the solution that works for you.

Company of Heroes: Eastern Front is going to be available on Steam very soon!

You can check it following this link or by searching the mod in the store. 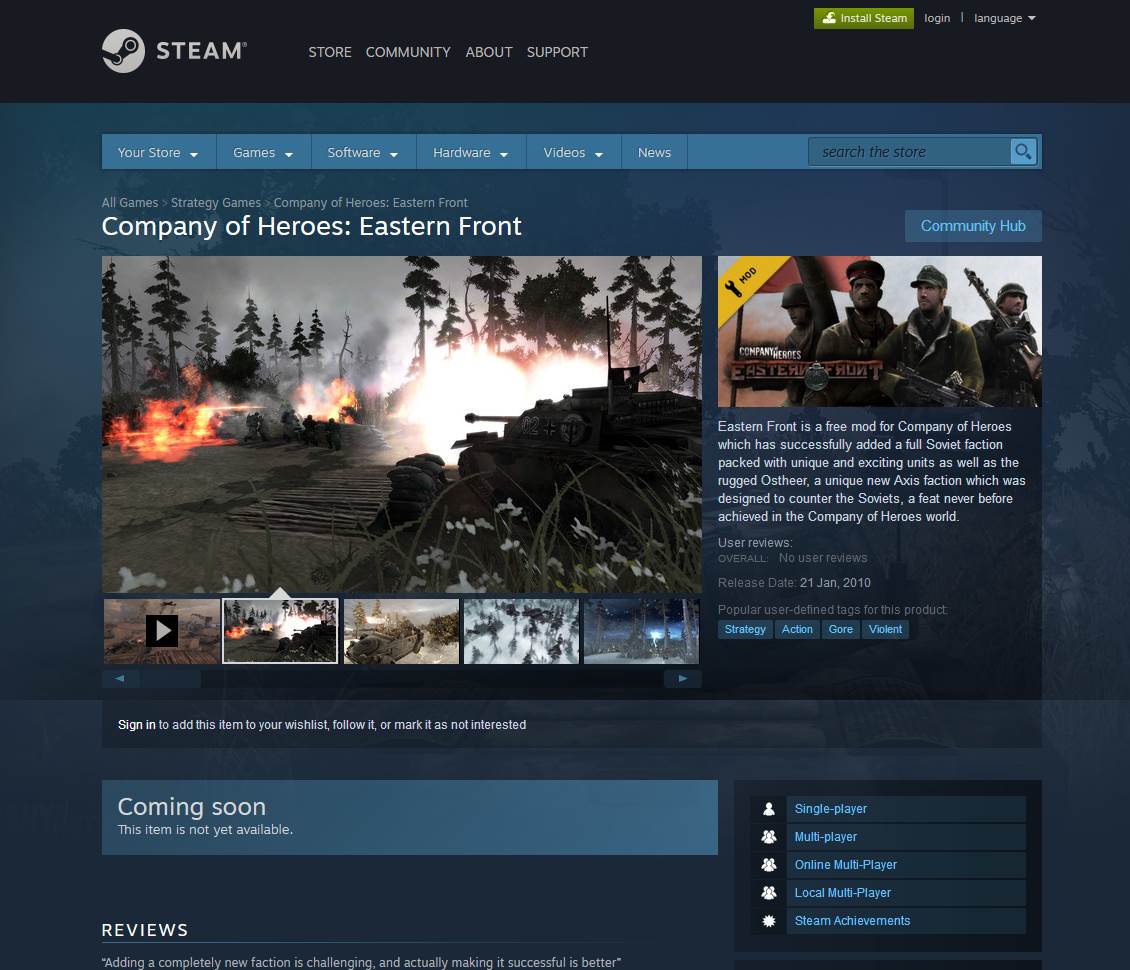 It was really a long process, but by no means this means the mod is finished... we still need to work on some things so expect some minor updates at the future :).

It is time to discuss about the Ostheer Command Trees changes... or not?

If you don't want to play EF in the old 2.602 version, just avoid this patch.

The long waited Eastern Front OST is now released! It includes Ostheer compositions as well, everything made by our Composer Alex Cottrell.

take out the limit for the conscripts

please create a campaign with the Russians

(EF 2.5.0.0) Playing as {ostther} clicking on the orbiting maneuver receives an error.
Does anyone know how to fix this?
Or what is the name of the file where the doctrines are located.

Please make a shortcut for the great russian tank Hall to an Function Key for Example <F5> or <F6>!

1. Can you make the Command Points button stop flashing if i have some points left? its distracting.
2. Does Steam automatically update the mod when you release a new version?

For those who know what Company of Heroes is, I will just review what the Eastern Front mods does. Overview: This mods adds the Soviet Union and soon the Ostheer, or the East Germany Army, to the Company of heroes game. You can still play the other factions, so there isn't a need to panic about not being able to play the Us or the Wermacht. Gameplay: Playing as the Soviets can be both fun and difficult. You begin the game with no engineers, and upgrades cost both fuel and ammo, so you can do what…