This mod was actually born from frustration on my part on the performance of pikes in Stainless Steel 6.4. What started out as a minor tweek to a couple of units in the mod turned into a hobby, one which has now continued for a couple of years as a overhaul for units and factions that I felt under-performed. The goal of my efforts was to create a campaign with larger, more professional armies and to see the rise of factions which before never became powerful empires capable of challenging the player. I hope those of you who try it out will find my work enjoyable and worth the download. Enough with the word play; onto the action!

Greetings! I am happy to announce that Roar of Conquest: The Late Middle Ages V is now live! This article will be covering all the changes and updates that this version brings to the table from the last version. If you want more information on how this mod overhauls Stainless Steel 6.4, feel free to check out the other articles on the mod page. Now, on to the update!

Play as the Timurids! 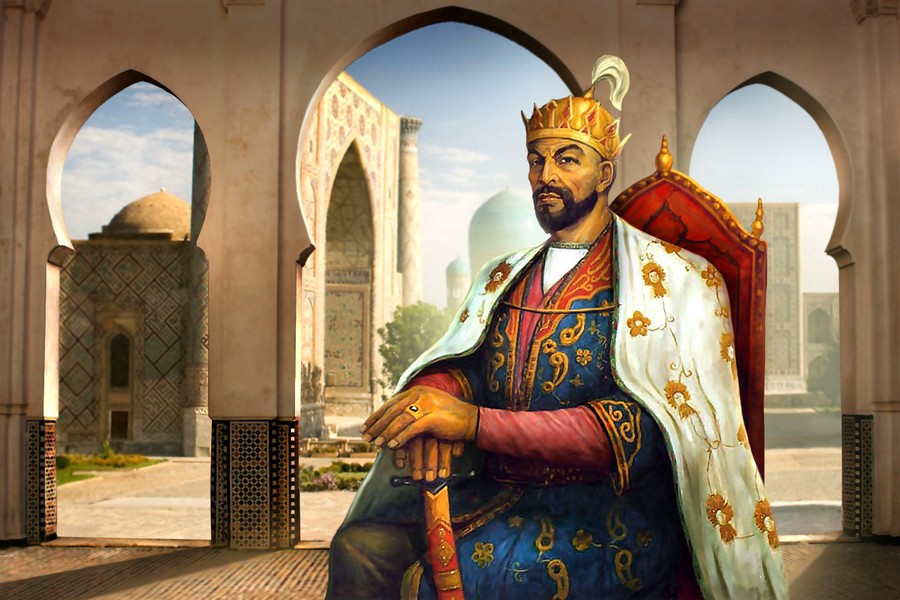 As of the last update, the Timurids came back to Roar of Conquest; now, you can play as them! Walk in the footsteps of Timur, one of the most famous military leaders in history, in carving out your own empire and legacy! Along with their faction comes an extensive rebalancing of their roster, as well as a brand new unit unique to their faction. The Timurids replace the Mongols as a playable faction in the campaign, since I felt that the Timurids had a more interesting roster than the Mongols. Why, you may ask? Simple.

New Submods for the Mod 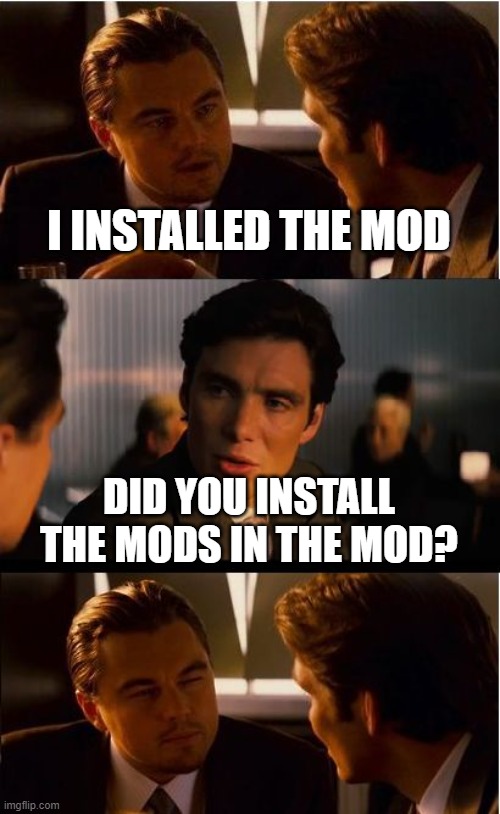 Thanks to the brilliant work of Mekkermann, my fellow modder, the Viva la Rebellion and Longer Assimilation mods are now compatible with Roar of Conquest! Viva la Rebellion is a mod which allows dead factions a chance to re-emerge in the campaign if there is a rebellion in one of their home provinces, while Longer Assimilation makes it so that it takes a bit longer to bring newly conquered settlements to heel. These submods are available in the newest update under the 'submod' folder, which includes a more detailed description of the submods along with installation instructions.

This update comes with three new units to add to the fray, which are as follows:

These men serve as a medium-armor shock infantry which replaces Halberd Men at Arms in the Genoese roster. A good unit for dealing with armored enemies and cavalry.

These soldiers serve as a heavily armored shock infantry for Sicily, excellent for chopping through enemy infantry and cavalry with their polearms. These men replace Halberd Men at Arms for the Sicilian roster. 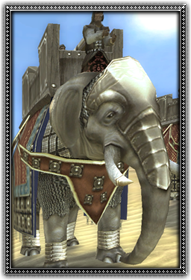 What's more terrifying than a charging elephant? An elephant with a small cannon mounted on it, of course! These juggernauts are not a new unit for Medieval II, but they are new for the mod, and they are ready to make their explosive comeback! Available exclusively for the Timurids.

With this update comes a change to how pikes will fare versus cavalry. Bonus versus cavalry is one of those invisible stats that you can only see if you go into the game files themselves. As of version V, all pike units now have a massive bonus versus cavalry, allowing them to fulfill their role as anti-cavalry specialist as they are meant to be.

Bonus vs Cavalry for Units

Another change for this update is that certain units that did not have a bonus versus mounts now have that extra bonus in combat. The units that received the bonus are as follows:

The mod has always been focused on trying to balance things between factions, and settlement updates have always been a part of those changes. Most of these changes focus on France, which as a faction has been struggling a bit for the past couple of updates. The changes are as follows:

In the past I noticed that certain factions would engage in naval invasion and send troops away even when their home lands were under threat. As such, I have now changed the AI for quite a few factions so that they are less likely to send their troops on naval invasions, and therefore do a better job of defending their native borders. The Byzantines are most likely the faction you will notice this change the most with.

Beside the Timurid roster, a few units have received changes either in stats or in availability. For reference, the unit sizes I will be listing here are when the game is put on 'ultra unit size', Secondary Melee Attack represents the secondary weapon cavalry units use after completing a charge, and the acronym AP stands for armor-piercing.

Besides receiving some small buffs to defense and attack, these men are now recruited from cities instead of castles, and are available from campaign start.

These fierce warriors now frighten infantry, as a nod to the Winged Hussars and their ability to strike fear in their enemies. No winged models, unfortunately, but if someone knows of such a model and would be willing to share, let me know!

These warriors are now available for recruitment by the Kwarezmian Empire.

These men now replace Crossbowmen for France when they become available.

These men have had their missile damage increased, and as such Arbalesters have been removed from the Genoese roster.

These men have had their missile damage increased.

These fearsome warriors have had their armor increased.

So there you have it, the changelog for Roar of Conquest: The Late Middle Ages V! If you like what you have seen and would like to try out the mod for yourself, you can download it here: ROC: LMA V I plan on updating the faction roster articles for all the changed factions, so keep your eyes open for that. Until then, go forth and conquer!

Detailed description of mercenaries available in Roar of Conquest, along with updated pictures of their appearances.

Detailed description of the changes made in Roar of Conquest: The Late Middle Ages IV update.

Detailed description of the Republic of Novgorod roster.

Roar of Conquest: The Late Middle Ages "The Reconquista" Patch

Patch to fix missing unit textures for Roar of Conquest: The Late Middle Ages "The Reconquista"

Roar of Conquest: The Late Middle Ages "The Reconquista"

If you are experiencing any crashes or problems in your mod, please locate the 'system.log' file located here: C:\Program Files (x86)\Steam\steamapps\common\Medieval II Total War\mods\ROC LMA IV. Open the file using Notepad, and then copy whatever text is on the log. Please paste the log report at this Discord link: Discord.com under the text channel roc_bug_reports

wiw this is a really huge mod :0 i like more elephants

Finally i can play timurids :)

Hey thanks for continuing and improving SS with ROC! Just a few suggestions:
France gets eaten alive as the AI in most VH games within the first 150 turns; can Lyon become a Fortress to help them against Genoa and the HRE?
Could the Italian factions get Sword Militia units like the Spanish factions? The Genoese are fun but their infantry are one dimensional until they get Broken Lancers.
In my opinion, the Byzantines have the most diverse unit sets in the game and could their Castle Mercenary building have reduced construction time to help them out since everyone hates them.

The changes you’ve made so far have succeeded in achieving a better balance with faction survivability and it’s made for better gameplay so thank you!

You could also use the Forced Diplomacy mod and teleport diplomats to where you need them in order to keep factions alive - that is how I do it (and that is why I do not play the newer Total War games, as they do not have any diplomacy forcing mods). I do not like it when factions die off, so I use the mod to keep them alive (you can add the Forced Diplomacy mod to practically any existing mod).

Funny you should say that; my brilliant modding partner Mekkermann has brought the submod Viva la Rebellion, which gives dead factions a chance to re-emerge in the campaign, and made it compatible with Roar of Conquest. The submod will be included as an option in the next update releasing 8/1/2021.

Actually, I'm already working on changes that will help out France survive better, along with a new unit unit each for Genoa and Sicily to help make their rosters more interesting. That, with a few other surprises, are coming in the next update, which should be released in the next month or so.

It’s obvious who your favorite factions are by over buffing them. Former strong factions like England now get steamrolled by the Scottish and their immortal pike units. Archers do so little damage it’s not even worth recruiting them.

You sure? In all the play testing I've done, Longbowmen mow through Scottish pikemen like a hot knife through butter. I can take a look at things, but I still consider England a very powerful faction with their longbows and their excellent infantry selection.