Have you ever dreamed of becoming Charlemagne, Richard the Lionheart or Niccolo Machiavelli? I suppose, yes. So, I decided to offer you this opportunity in this mod, comprised of 3 parts, representing the Dark Ages, the Classic Medieval Era and the Renaissance. I used several modifications to create it: "Eras Total Conquest", "Thera TW, v.4" i.a., but the "Big Map mod" and "M2TW Beyond Vanilla" were the main sources of my compilation. Now it is possible to conquer Europe as a Visigothic king and become the main foe of the Byzantine Empire in the Dark Ages; create a feudal state and sack Jerusalem as a regular European monarch; and finally build the Eternal Christian Empire of the West as a Spanish or Aragonese king during the Renaissance! 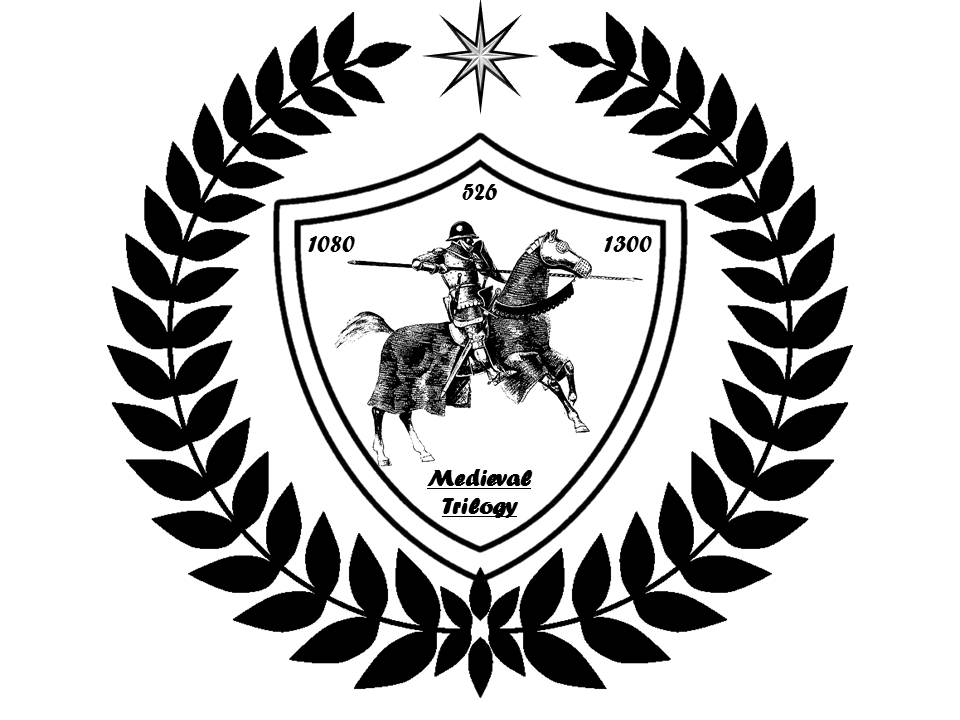 This mod, I think, is my best brainchild. It is a compilation of many other mods, such as "Thera TW, v.4", "Eras Total Conquest", "M2TW Beyond Vanilla", "Big Map" and some others. The latter was used as a base for the mod, because of its perfect and really big map, covering the American region, Europe, Middle East and also Transoxania and Persia. The number of regions is maximum, and that's why it provides countless opportunities for players and modders fantasies. I found the "M2TW Beyond Vanilla" mod approximately 3 months ago on this platform and was excited by number of factions created by its authors.

So, I got 2 things: a big map and many (mainly oriental) factions - then I realised, it could be very nice to combine these mods (among other reasons was the map in the "M2TW Beyond Vanilla" mod, that I personally dislike for its position of the Americas). It resulted in my "Enhanced version of the Big Map mod" and the "Medieval Trilogy".

Each Part of the Trilogy displays historical starting main named characters and various textures and models in accordance with the following era.

For example, lets have a fast look at the 3 Parts: 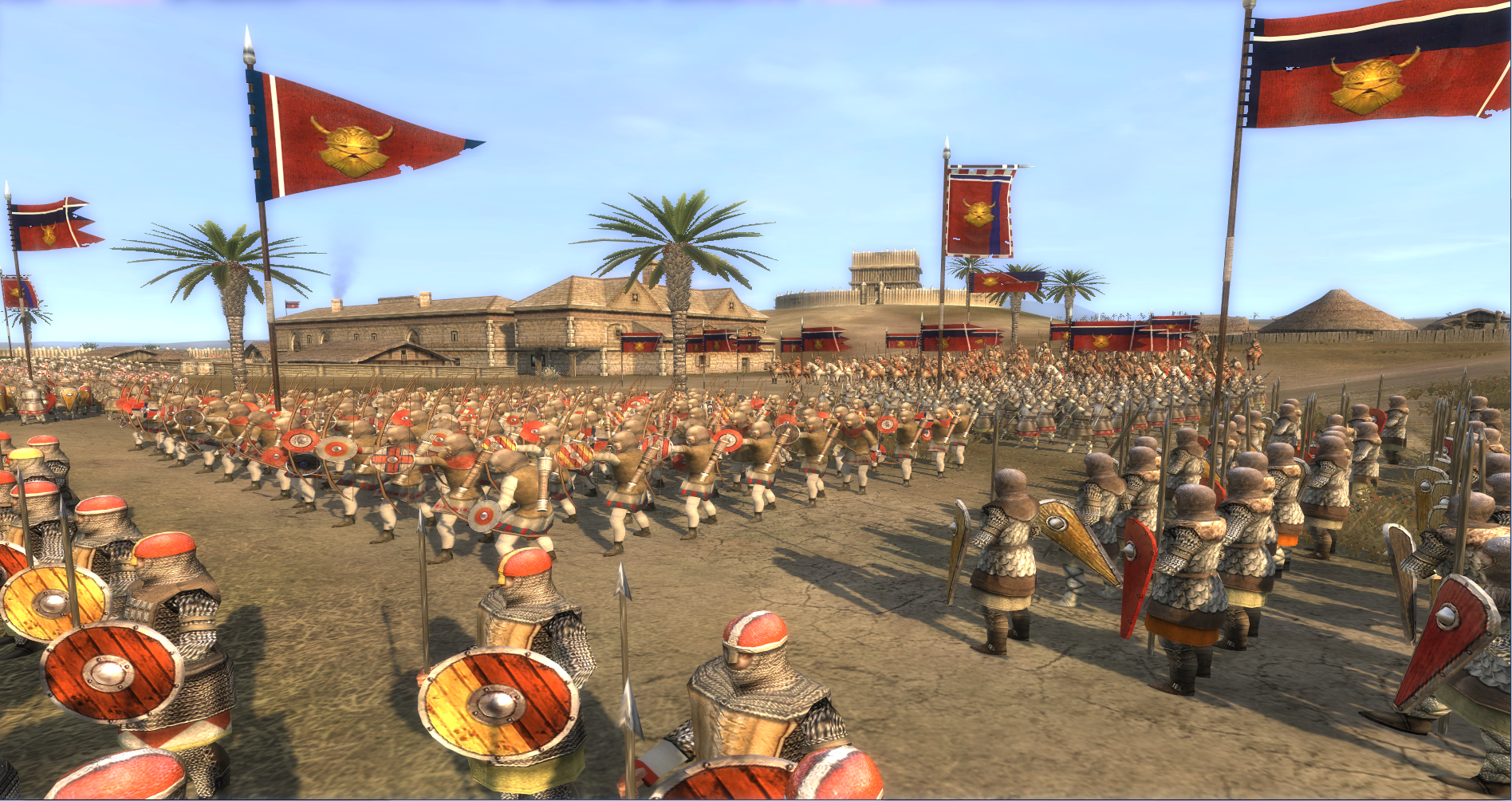 526 AD Part - here we can see light and heavy mailed warriors and also peasants wearing padded clothes. All of them look like "barbarians" or Anglo-Saxons, who conquered Roman Britannia in the V-VI centuries. 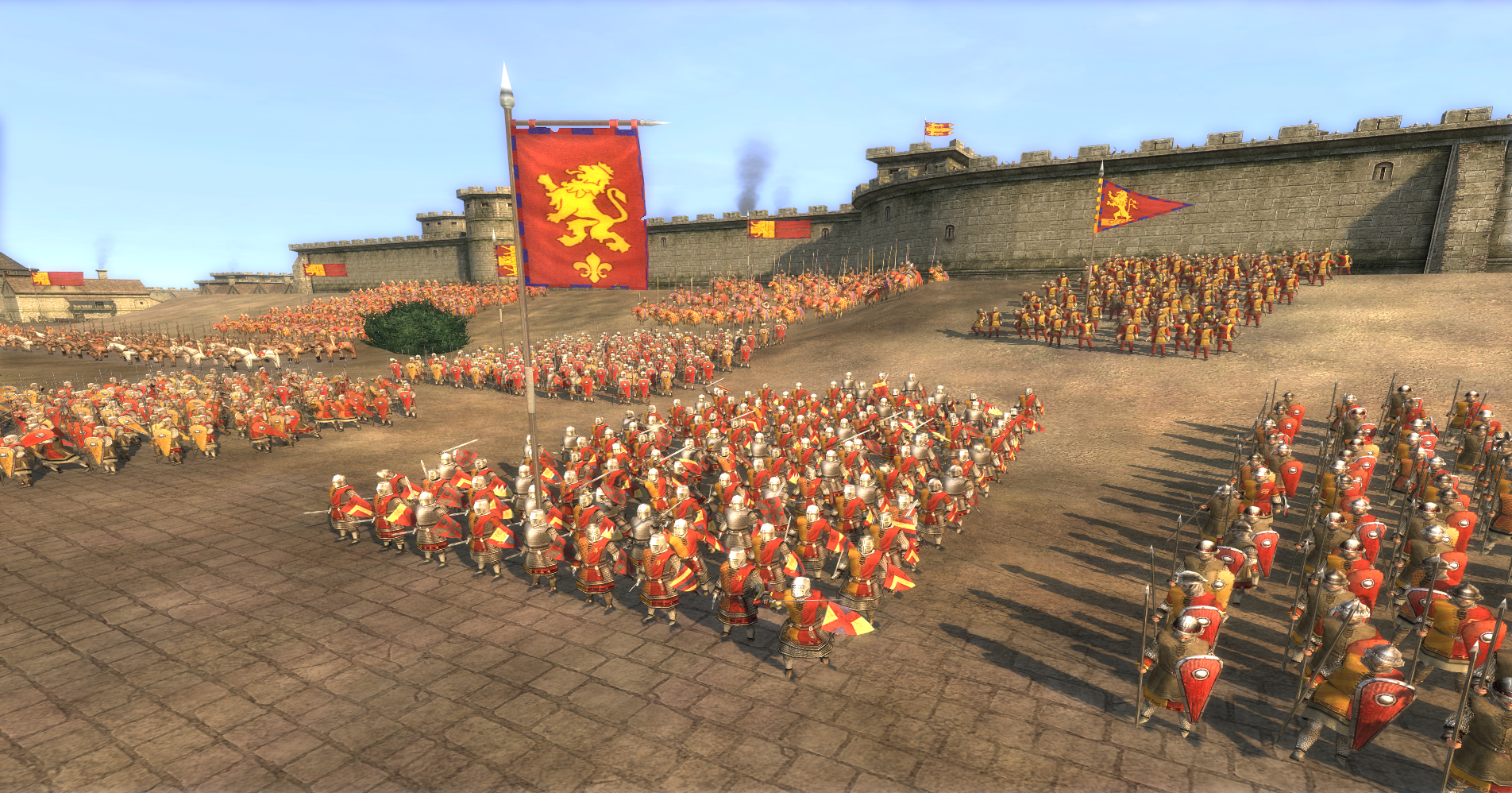 1080 AD Part - here there are mailed soldiers and knights of the feudal England. 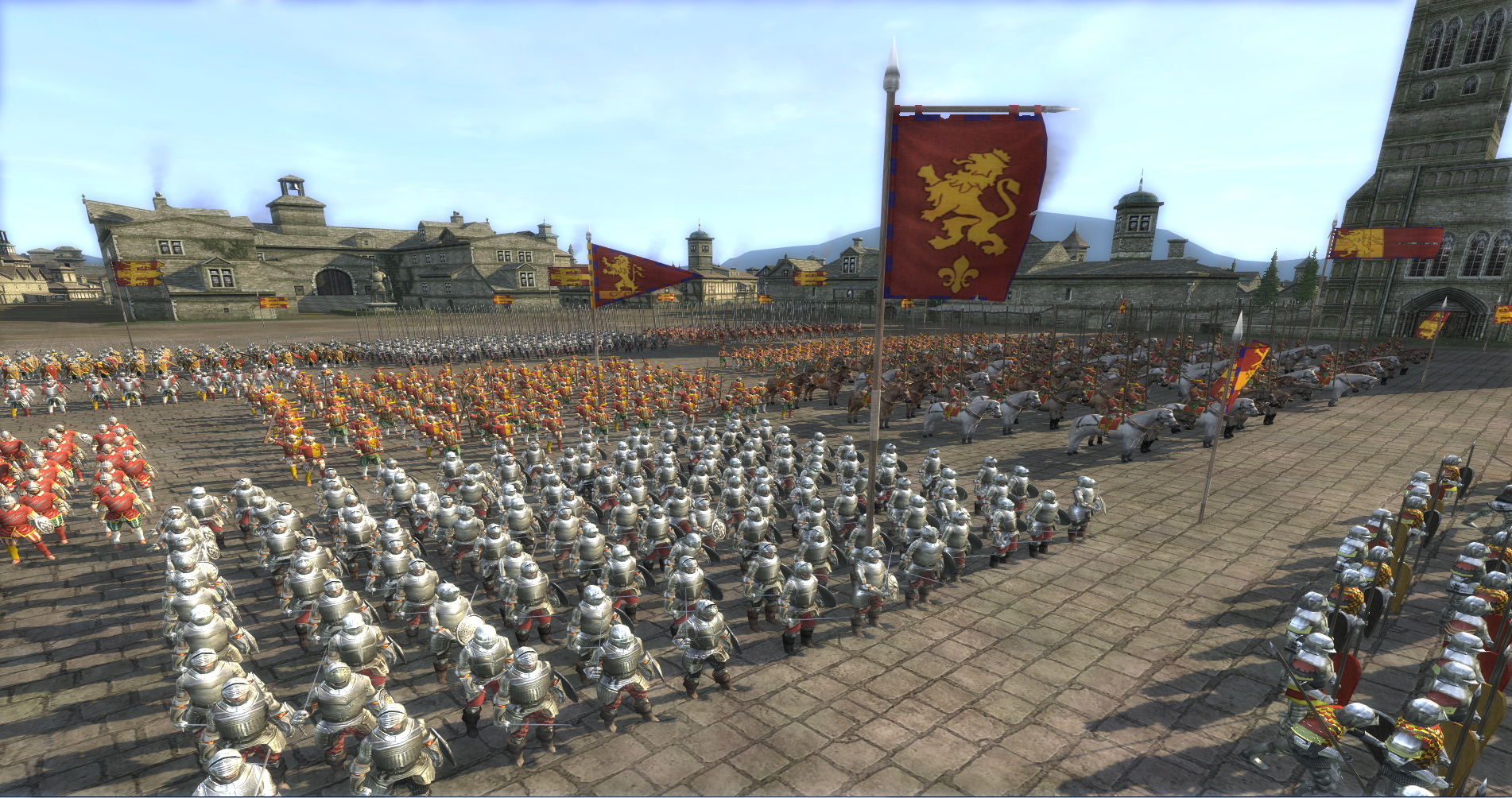 1300 AD Part - in this picture we can easily see Renaissance soldiers of the English kingdom, wearing plate armour and fancy clothes.

See the information about each part of the Trilogy in the articles below.

This is the second Part of the "Medieval Trilogy", dedicated to the Classic Middle Ages. Game starts at 1080 AD and ends at 1598 AD.

This is the first Part of the "Medieval Trilogy", dedicated to the Dark Ages of European history. Game starts at 526 AD and ends at 1080 AD.

This is bare Medieval 2 for putting the Medieval Trilogy folders inside it. Place 526 AD Part in /mods folder and click BAT file to start the mod.

526 AD Part of the Medieval Trilogy

This is the release file of the 526 AD Part of my Medieval Trilogy of the Enhanced version of the Big Map mod. Put it inside the /mods folder of the M2TW...

When are you going to release an English translation ?

I've found the way... to make it work on your computers. I don't know, what your problems look like. It really works well on my PC. So, I guess, the only way is to give you the working Medieval 2 programme, that can "handle" this mod.

I'll upload the necessary archive to files page. This file is named "M2TW - Medieval Trilogy Base".

It is absolutely unpolluted and bare M2TW. You just need to put it in any folder you like except the original M2TW folder. Then, you need to transfer the 526 AD Part folder to /mods folder inside this bare M2TW and click the BAT file.

It must be useful.

It looks nice, but without English, this mod is unplayable for me.

The mod works this way, but it's not in English... How do I turn the language to English?

Russian version was the first step of this project. I wanted to know, how it it works. Hence, I'll translate the necessary text files next.
I think, it won't last too much time )

The mod crashes on start up

So, check the BAT file. It should be like this.

What is written in log? Or, what is the main error?

The entire contents of the error message.

I've checked, what I had done previously.

In the BAT file it's written:

So, to start the game you need to have MEDIEVAL2.EXE, not kingdoms.exe in the main game folder. I discovered it, while working on mod (there was no opportunity to change the exe file from medieva2.exe to kingdoms.exe

I have both. So what should I do?

Deleting kingdoms.exe did not help.

Put the BAT file from the mod folder to the main game folder and correct it.
There is the following text inside:
cd ..\..
start medieval2.exe @mods\526AD\526AD.cfg

I tried and still have the same problem ..