And only a little bit too late, the first newsletter for August 2020. Some mods are a bit to active regarding posting pictures, always a bit a shame that I can't show them off all. But as always I hope that I can give you a good overview nevertheless ^^

Some people have the talent to update their mod within hours after I publish my newsletter. This time it has been the mod DCI: Last Alliance for Medieval II: Total War: Kingdoms. The silver surfers went back to the Marvel universe, units have been adjusted and descriptions corrected/added. Lots of little stuff to which I direct you for a full read towards the full change log which you can find beside the patch >>here<< 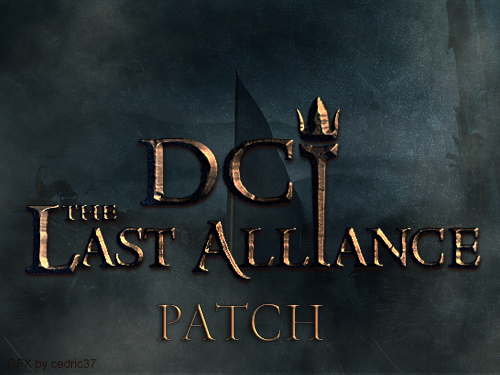 JUS_SAURON also updated his Power Of the Ring - Campaigns Of Middle Earth mod for Battle for Middle-earth II. Would perhaps be better if it wouldn't be a daily upload but with some days break between ;)

In August it is the four year anniversary of Legends of Middle-Earth 5.0 for the game Age of Mythology: The Titans. Since Venlesh is working on it pretty much alone he is now actively trying to seek out modders, scenario designers, or voice actors to support him at his work. It does not matter at this point if you are a modding veteran like himself or a complete newcomer. So it might be the ideal start for some of you to get into modding or find a new modding project which they want to support actively. You can read the full article >>here<< 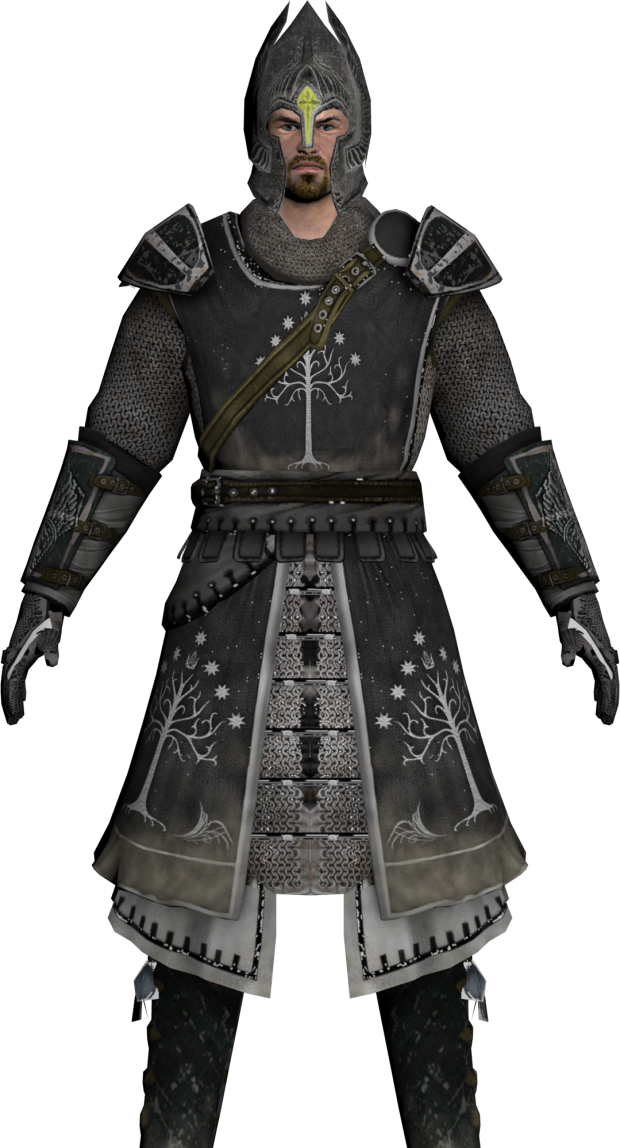 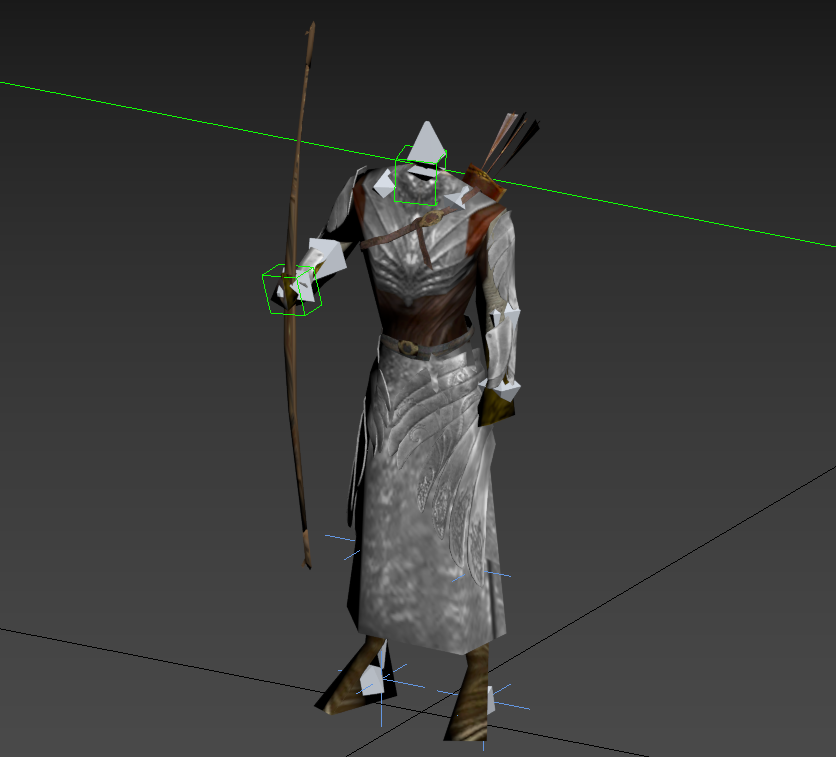 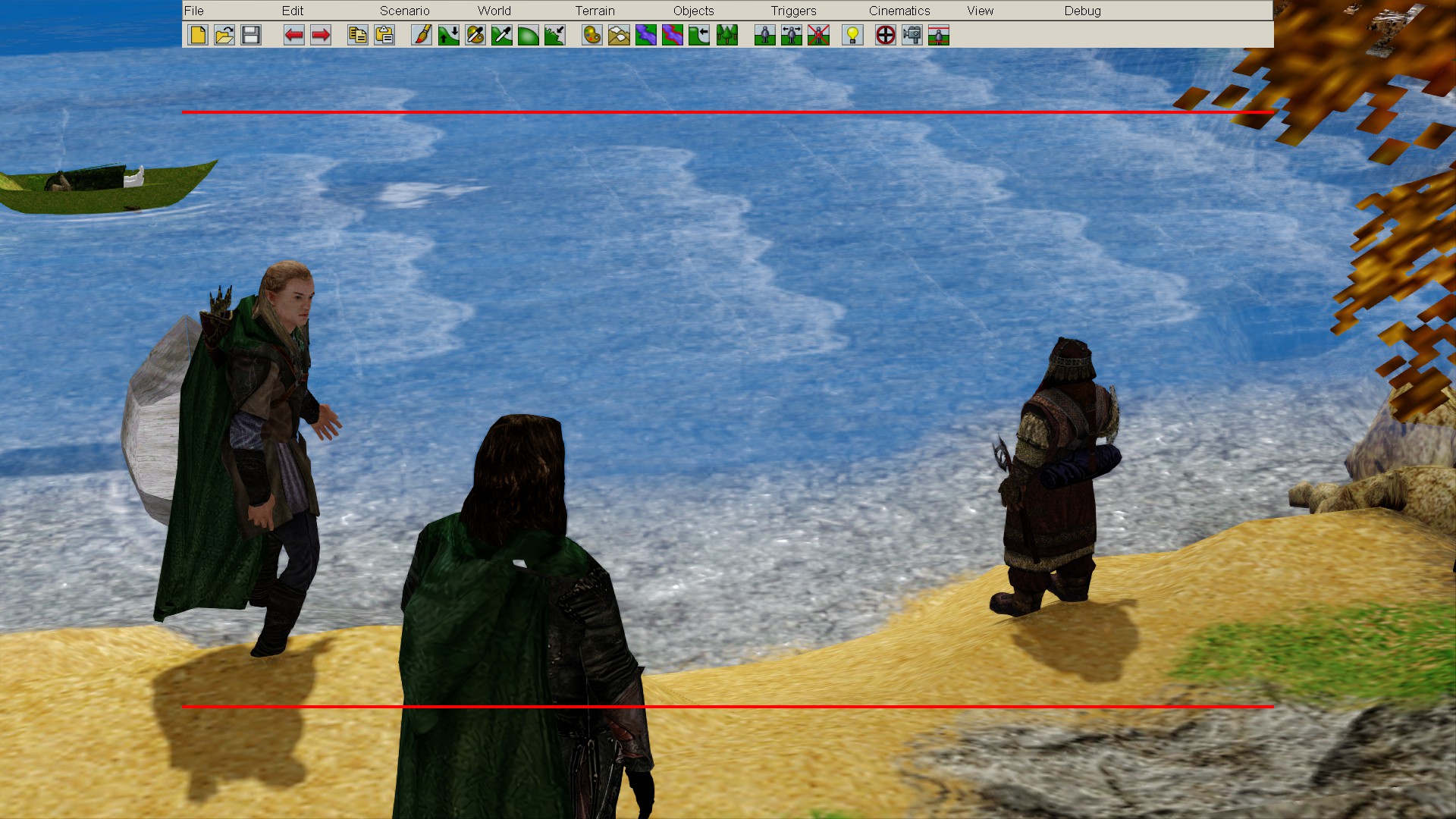 MacbethTheTyrant mentioned that they are currently reworking current missions and adding new mission trees for more factions at the modding project Lord of Universalis 2 for the game Europa Universalis IV. He also wrote something about a soon coming update ^^ 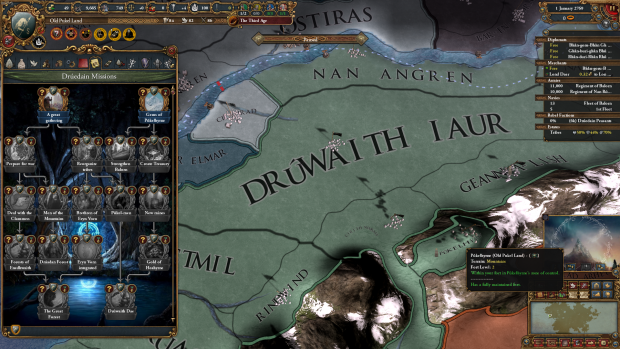 Coming to the game Mount & Blade: Warband. Antonis has picked up the modding project Middle Earth at War. He wrote an article about the future development which you can read up >>here<<. He also mumbled something about a soon coming update, so one can just wait eagerly for it ^^

At Persistent Lord of the Rings (PLotR) they have appearantly cancelled the third release date now as well and I don't see one mentioned anyone anywhere. Would be nice if they would hand out some informations about this and not only post ingame pictures.

And at the modding project for Mount & Blade II: Bannerlord the developers of Silmarillion showed off some Dwarven design concepts beside some 3D work. Modding tools for Bannerlord have been announced for the end of the month, so there might come up more activity at the LotR modding projects there. 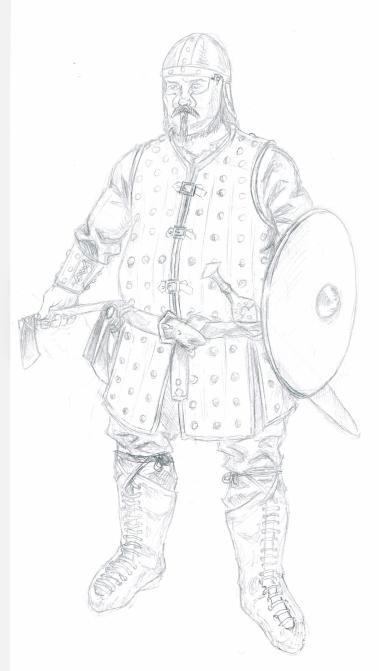 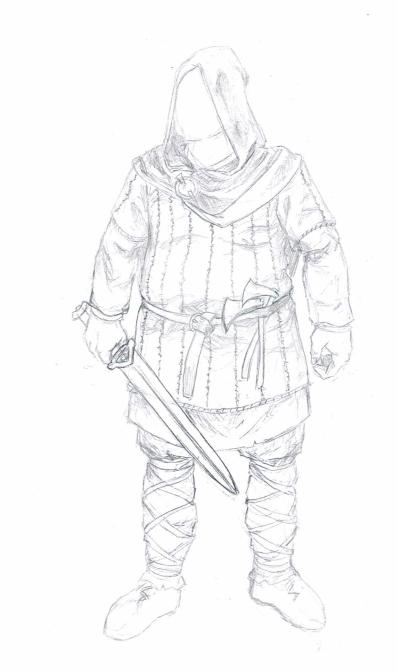 Coming to the BfME game series, starting with Battle for Middle-earth. In my last newsletter I announced a newcomer project, Shadow Over Middle Earth, and meanwhile it has been declared to be discontinued and at the same time someone seems to have picked the project up again already. Work continues for now, it's however a bit mixed up regarding their postings, not sure if a development structure has already been made. NumenoreanTalion also released an Arnor mod about which I am not sure at all how it is connected with the rest of the mod. 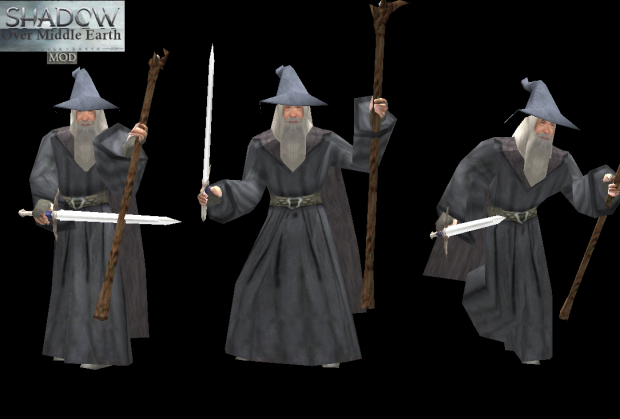 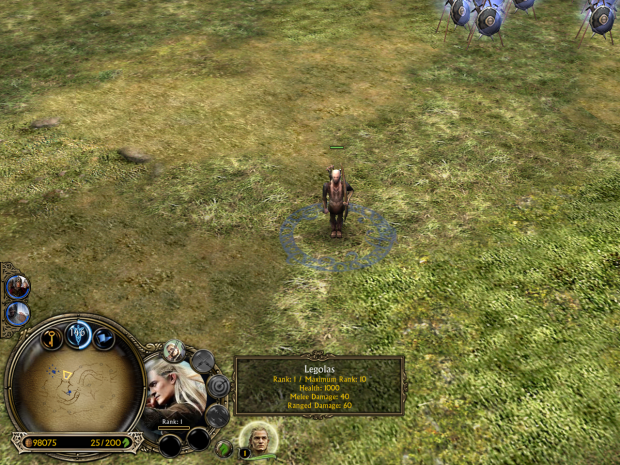 Meanwhile, at Age of the Ring for Battle for Middle-earth II: Rise of the Witch King, Beornings are reinforcing the ranks of Mirkwood and one of the structures summoned from the Spellbook - The Elvenking's Feast - has been presented. A third weekly challenge, The Despoiling of Ithilien, has also been organised, you can read about it >>here<< 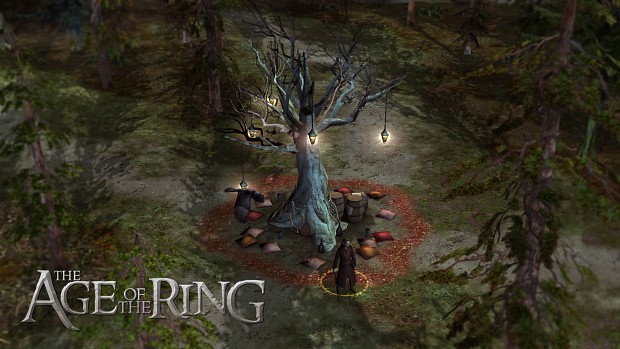 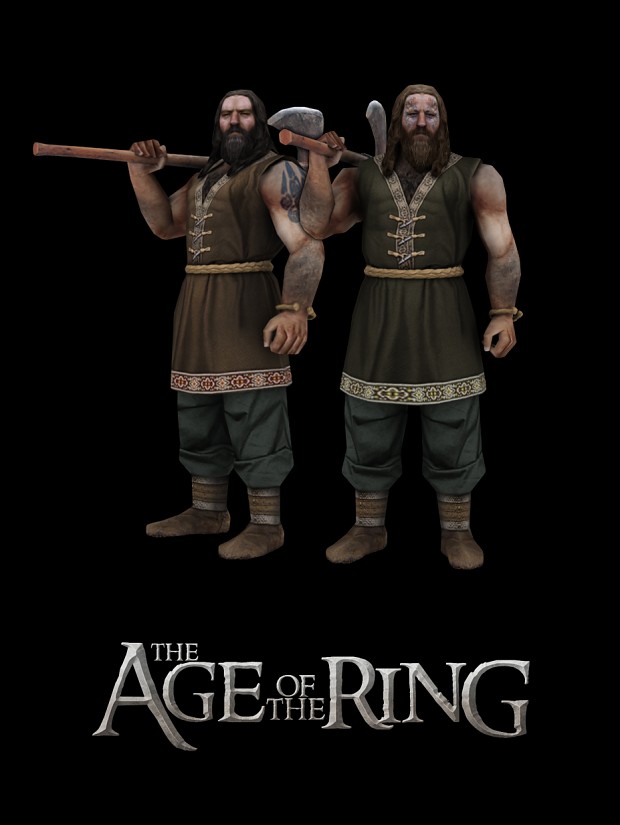 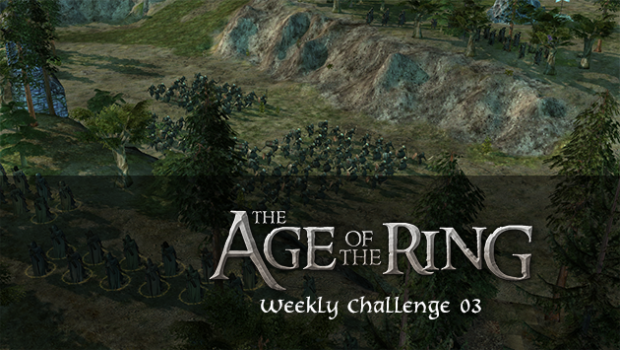 lord_ellessar also showed off some new work for Folks of Middle Earth (edain submod). And it is as far as I know the first Zebra unit in any LotR mod ever, something to look forward for to see ingame. 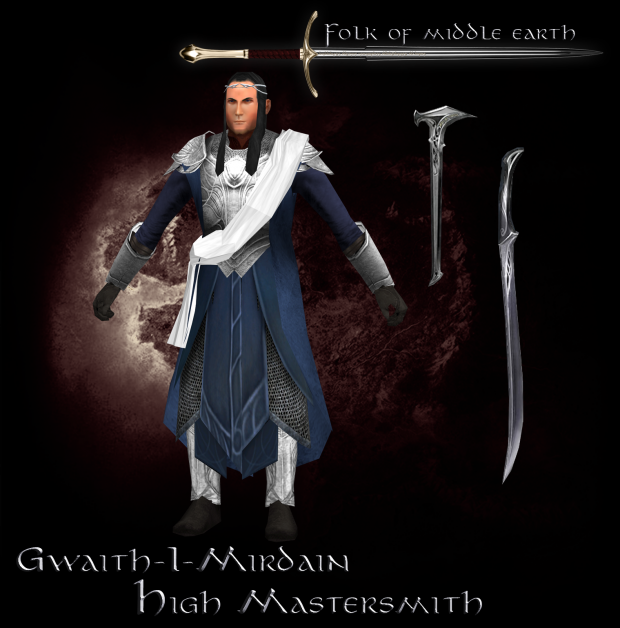 Switching to the Total War series, starting as ususal with Medieval II: Total War: Kingdoms. At Conflicts of Eriador the mod developers are still working eagerly, the factions Dunland, Rhudaur and Lindon seem to get soon some reinforcements. 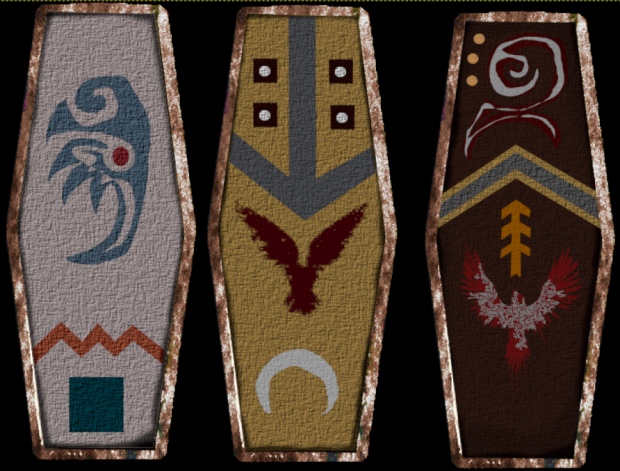 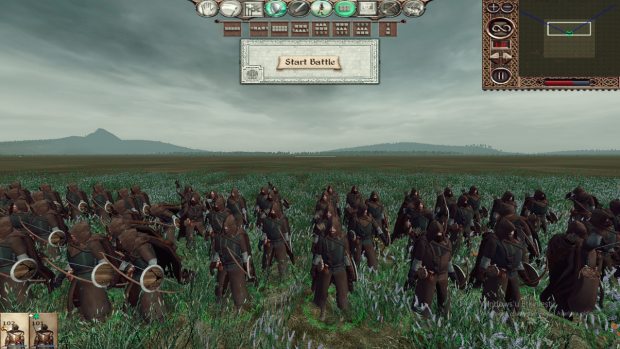 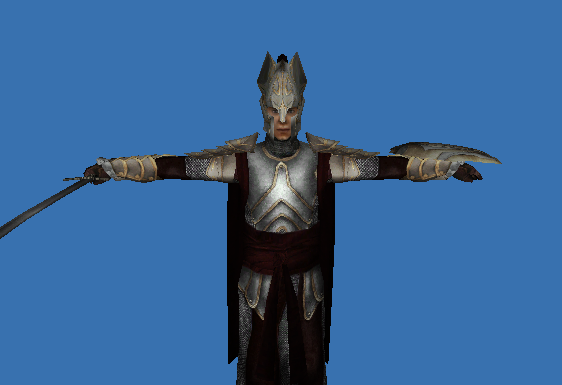 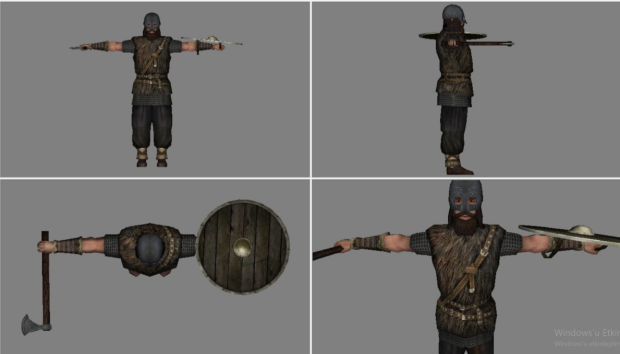 At Silmarillion: Total War the Haladin have been showed off as well as legendary companions of Doriath. At the screenshot of Sauron, Lord of Wolves, Jmonster12 also thanked JoJo for fixing the skeletons for Sauron, the Balrog, and Ents allowing them to be used in Silmarillion crash free as elephant class units. I myself have not been aware that it is getting done as elephant units, so it was again something new I learned that day ^^ 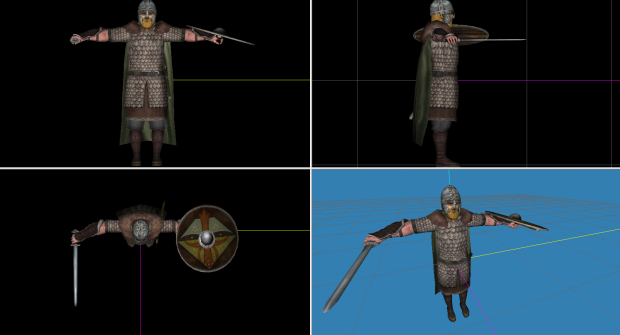 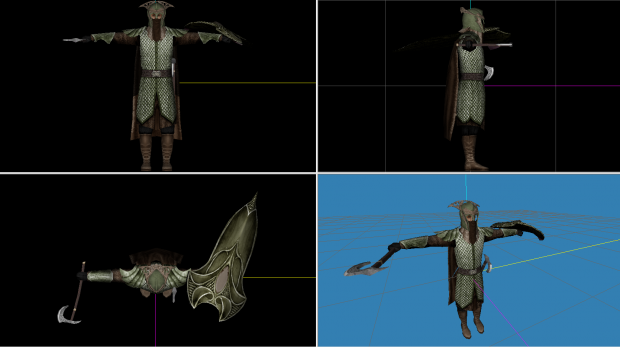 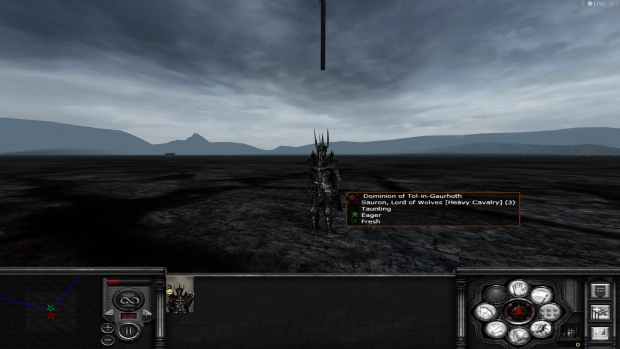 Measured by their moddb activity the most eagerly working mod team is the one of Heirs of Elendil. Their new work contains plenty of new models and strat models, overhauled user interface screens, improved family portraits and new settlements at the world map. 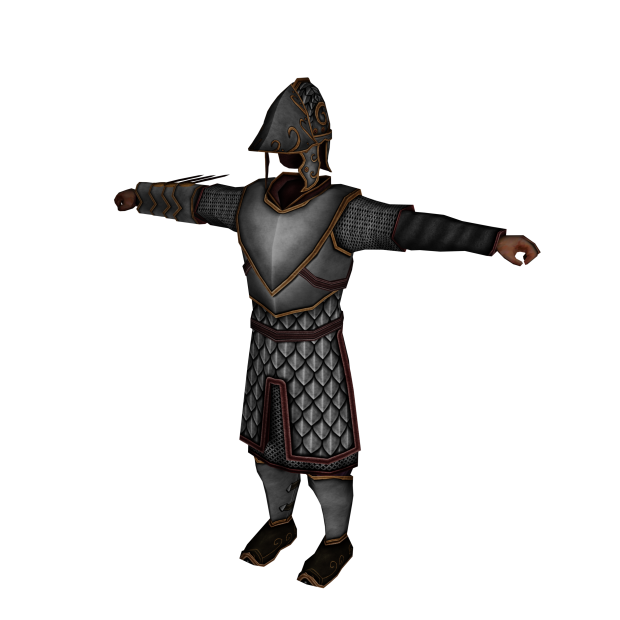 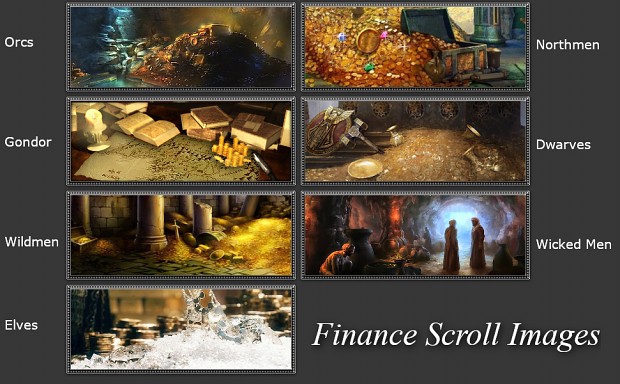 And at Total War: Rise of Mordor for Total War: Attila one can once again take a look at beautiful drawn concept designs of Maeron_ as well as some modelling work of Hakan Kamar and HighOnTea. 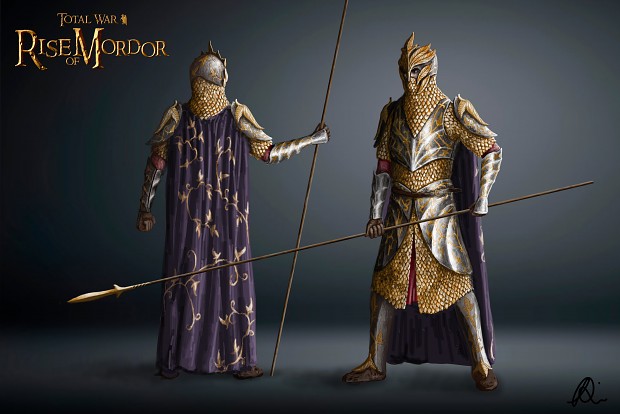 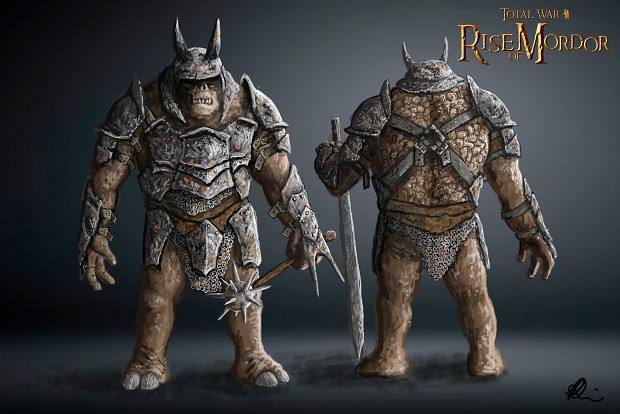 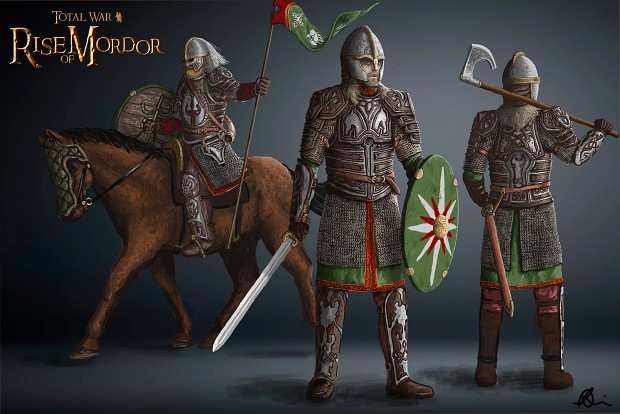 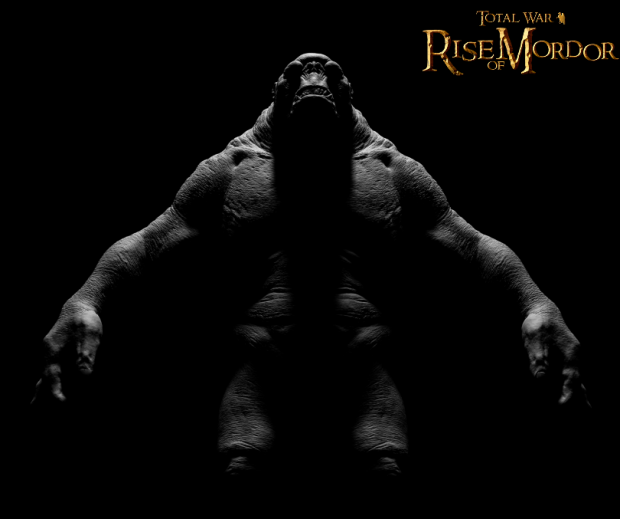 At Last Alliance: Total War for Total War: Shogun 2 a nice helmet for Gil-galad has been crafted by Sara_Temer. 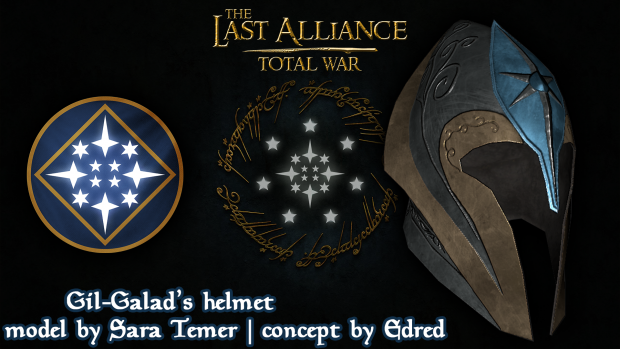 At The Battle for Middle-Earth: Reforged a first gameplay video has now been released. It gives a short and compact overview about what is done already and what still needs fixes. So give it a watch if interested.

Looking for a Sam

As announced in the last newsletter I am looking for some people helping me at managing the Tolkien Modding Community. It might be interesting for people who don't feel like they have the talent for modding but are playing them and interested in supporting them a little bit via the group here. Have a read at the little article which I wrote >>here<<. And I am looking forward for some people contacting me for it :)

That's it for the first half of August 2020. I hope it was again a nice and informative overview for you about the happenings in the Tolkien Modding Community.
As always, should I have forgotten to show off the recent progress of some of your favourite mod teams, don't forget to comment about them. I will mention them then in the next news article. Feel also free to join the Tolkien Modding Community Discordapp.com

I have released Arnor mod becuase I don't want to leave fans of mod without a mod. :(

It's not a good sign to be already out of ideas after two months. Normally modders have more ideas than time/skills to realise them :/

Yeah, I know, it is also weird thing to me, sorry for all guys from here waiting for this mod :-(

Thanks so much for this newsletter, read it so often but never said thanks, GGs to you :D

Always welcome! I am happy that a bunch of people are reading them :)