Disclaimer: I do not own any of the images, music, names or flags. All rights go to their respective owners

Get the mod on Steam: HERE

Want to join the team?

We are always looking for new people to help us out, especially now that we are working on a huge overhaul version of the mod. We are specifically in need of 3D artists to make models and Event-coders to help with the new planned events. Leave a comment below or contact us on Discord.

Battle for Middle-earth: Age of the Ring mod - for letting us use their buildings as icons for our custom building icons.
Jannis for his amazing 3D models of Isengard and Helm's Deep

MrAdrainPI for his unit models

Thanks for voting and helping Lord of Universalis 2 on it's quest to become the 2021 Mod of the Year. You are now in with a chance to score some free games from our #modlove collection. Help this mod secure more votes by embedding the widget (or link) we have included below on your favorite sites. 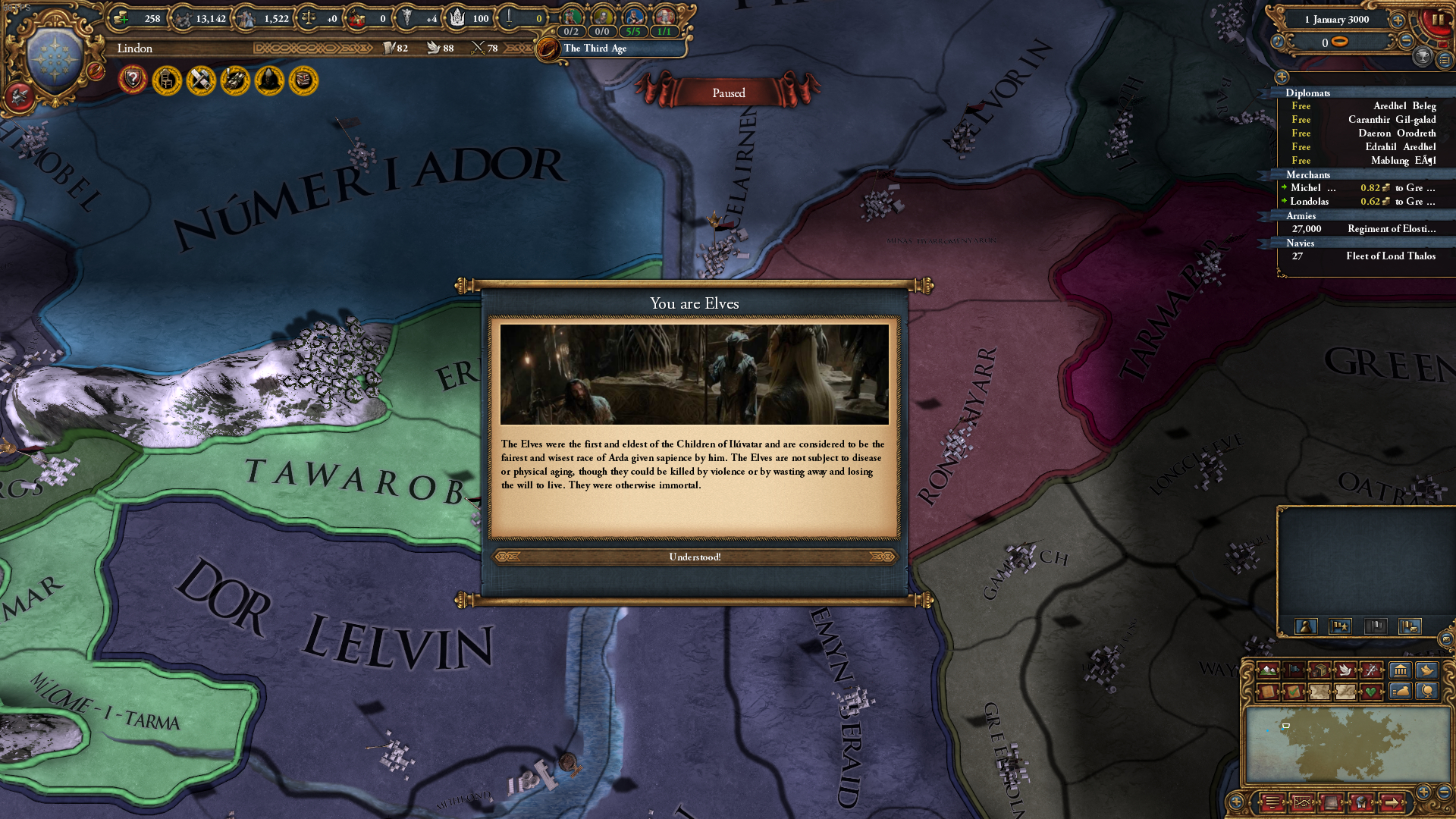 Another blog update for the coming version of Lord of Universalis (3.0). This blog is about the new User-interface that will give the mod a whole new...

Blog update 2 about the coming version (3.0) for Lord of Universalis. This time the focus is Mordor.

Blog update about the coming version (3.0) for Lord of Universalis.

Newest version of LOU 2 Version 2.1.0 ‘The Eastern Threat’ Update Is now live with important fix of a frequent crash. I hope those players experiencing...

Starting as Isengard at the last start at war with Rohan and the Shire, it's impossible to get anything but white peace with the gondor doomstacks coming at you (despite them not participating in the actual war).

It might be a bit railroady, but seeing as there is no way to annex Rohan, or indeed beat them with near 100k gondor troops flooding the west, there should be a peace event with Rohan after occupying Helms Deep and Hornburg and getting a certain ammount of warscore.

Should be improved in the update

Nvrm I figured it out. You have to make sure you pay attention to where the Fellowship is traveling then setup your merchants there with hinder and it's super easy. I thought it was more In depth my b.

Glad you figured it out ;) You can always join our Discord, we are faster to reply there :)

Sorry that the mod is not downloadable directly from here, next version will be. You can find the mod on steam workshop - if you do not have the game on Steam there's a way to get workshop content without it - Try and google it.

The new overhaul version looks very good! When can we expect it to be released? And will there de a download here or do we need to get it on Steam?
Thank you in advance, and thanks for working on this awesome mod!

Hopefully soon, maybe before March, but I can't guarantee anything. I will probably put a download here, but I recommend you get it on Steam as it would automatically update.
Kind regards

Since this mod crashes without the upcoming update I was just wondering if the before March deadline was still reasonable for you and if you expect to be earlier/longer I’d love to know.