Adds a fourth mythology, the Atlanteans, to the existing Greek, Egyptian and Norse mythologies in Age of Mythology. A new single-player campaign will add yet another chapter to the expansive panoply of ancient folklore along with the addition of new scenarios. Atlantean players will be able to call upon the might of the Titan gods (such as Atlas and Cronus) multiple times throughout the game, and may also upgrade human units to heroes. The expansion pack will introduce 12 new god powers, 15 new human units and 12 formidable myth units to the game.

Good evening to all fellow readers and players of Legends of Middle-earth! It has been a short moment since I have had any news to share with you concerning LOME, but rest assured, I've got some meaty content updates, but first, I want to share with you the LOME 1.2.4 Content Update Video, that not only talks about the next update, but also the future of the group that makes it (which is me, I have solo developed LOME for about 6 years now).

To get brief, my solo video game: Odyssey of Dremid'ir, is approaching a very critical development juncture.

If this is your first time hearing about the game, then you obviously did not watch the above video, so just go do that. Odyssey of Dremid'ir, is a top-down classic SNES inspired RPG, with a heavy focus on story and characters, as well as the rich, lore developed environments in which you explore. I have been working on the game for the better half of 16 months now, and am quickly approaching the completion of its prototype demo, which will be used to initiate a crowdfunding campaign, via Kickstarter. The Steam store page for the game will be live in somewhere near the end of September, so I urge you to keep an eye out for it. Until then, all I want to ask of you folks, is that you follow the game's TWITTER, and YOUTUBE pages, and perhaps even join the DISCORD, if you want to get an even closer look at the game's development.

Thank you guys so much for giving it all a look, and I'm very excited to keep on the road ahead! 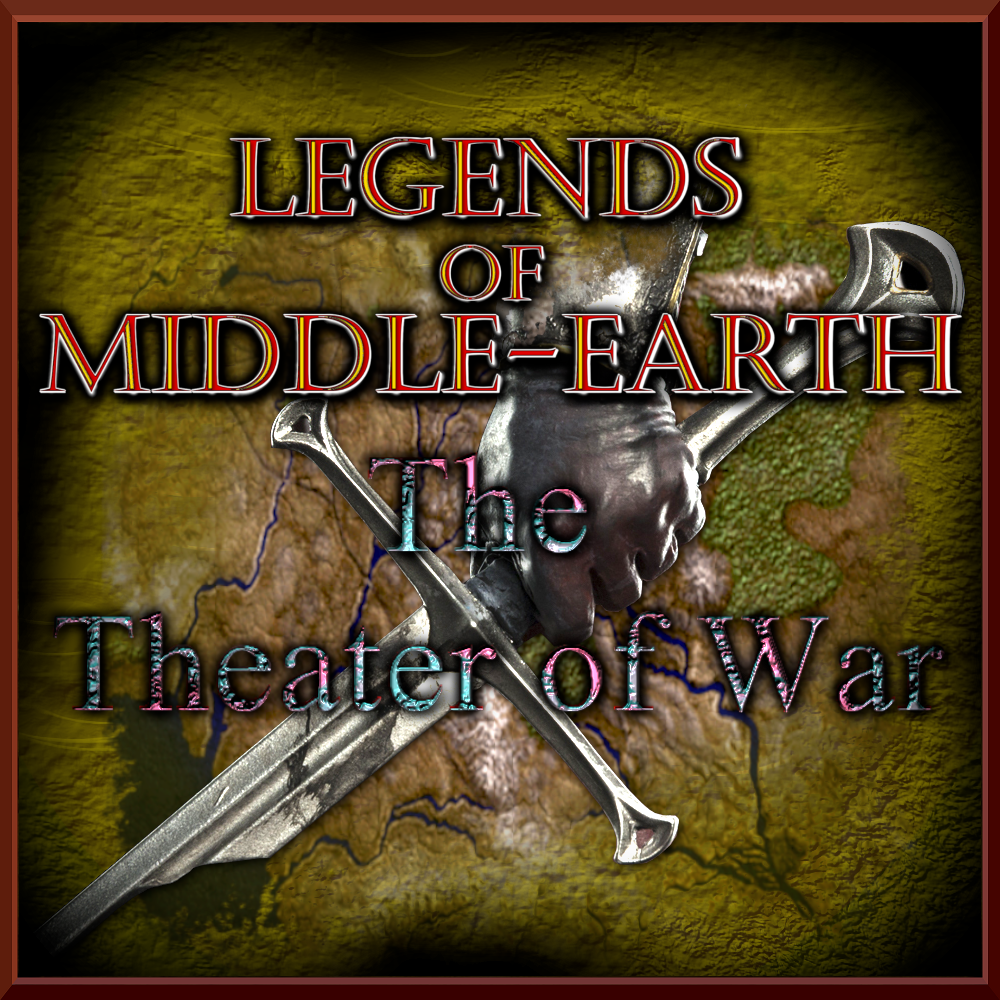 The biggest content being added with this update is the Theater of War campaign! Which adds a host of one-off scenarios, focusing on different battles throughout the Third Age, leading up to The War of the Ring. These scenarios are all about variety, and exploring the full spectrum of LOME's civilizations, while offering an increasing challenge as the scenarios go on. 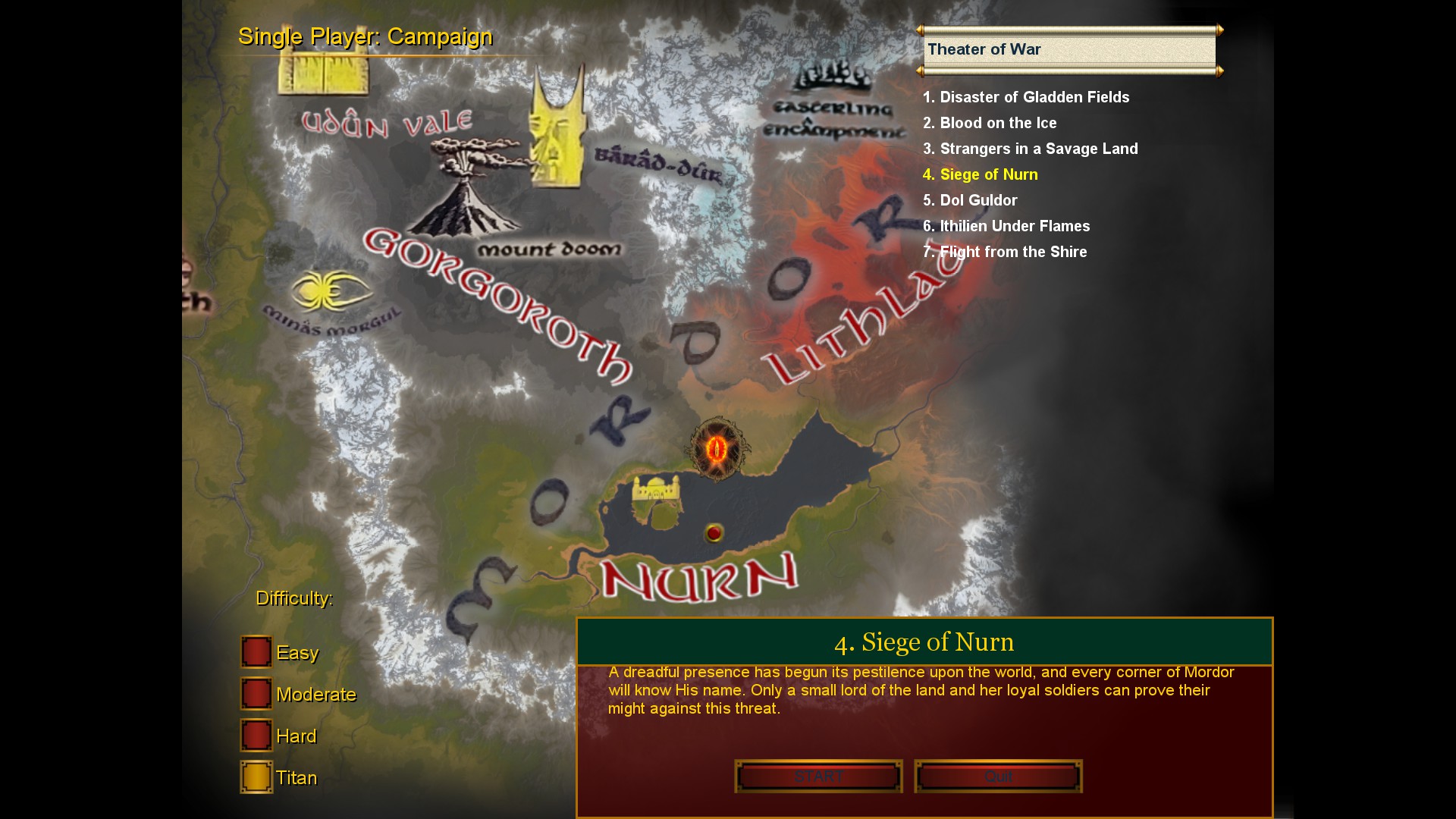 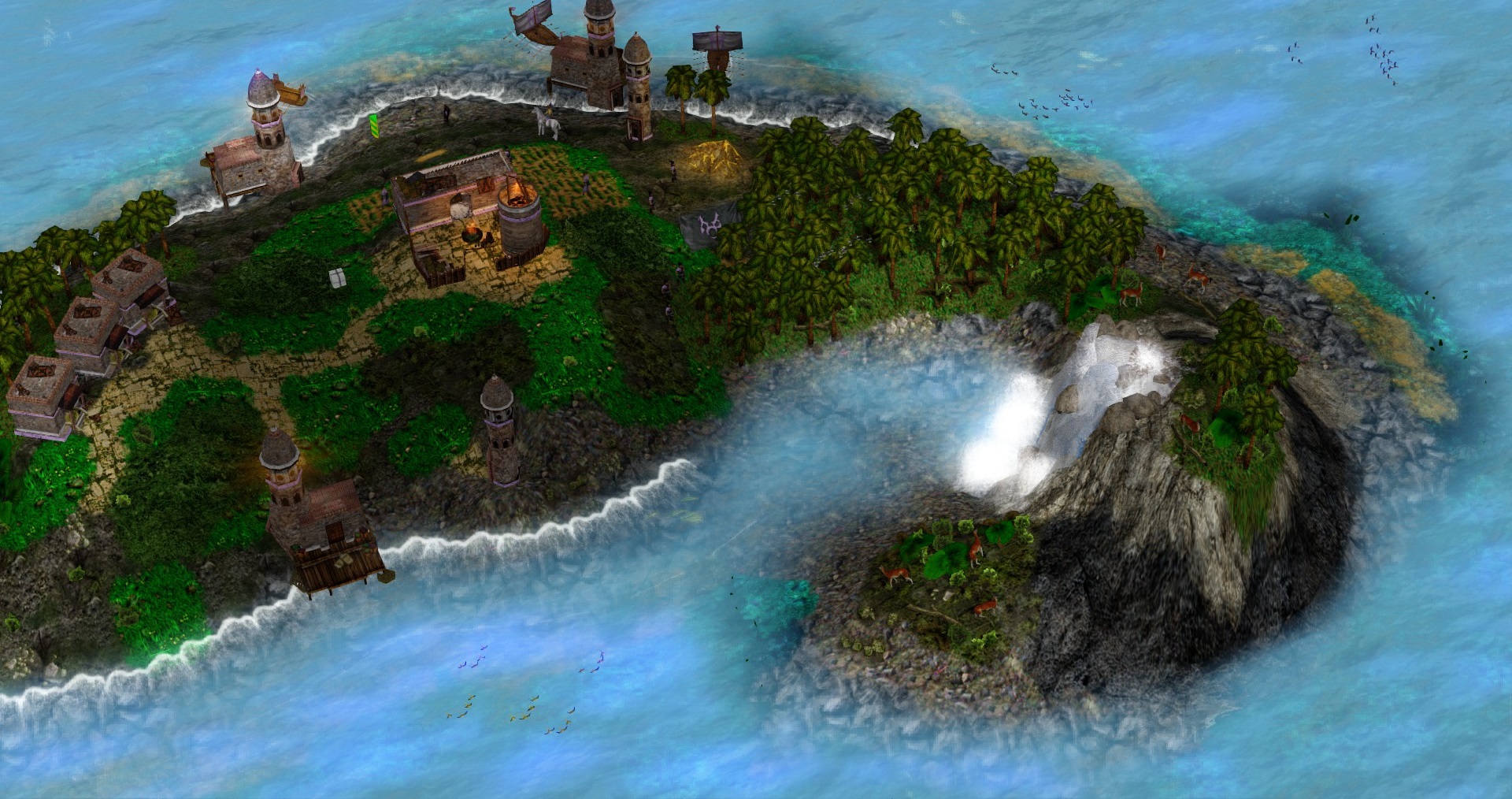 The campaign is currently packed with 7 fully voice acted scenarios, all with varieties of difficulties, and secrets to find. There are also several more levels that didn't make the cut, too, which I will only go back and finish if the campaign gets enough positive reception, SO MAKE SURE YOU GIVE ME YOUR REVIEWS!!

On top of that, there are several other quality of life upgrades hitting the scene, including other campaign touch ups, several bug fixes, and other new additions, such as several hero abilities reworks, like giving Merry the ability to fish.

A new feature also added has been the ability to easily add levels and items to RPG based levels. We've seen this before in The Grey Company campaign, but we've streamlined it even further for any scenario designers interested in the mod. I would love to create a fully fledged LOTR RPG campaign, but lack the team to do it. 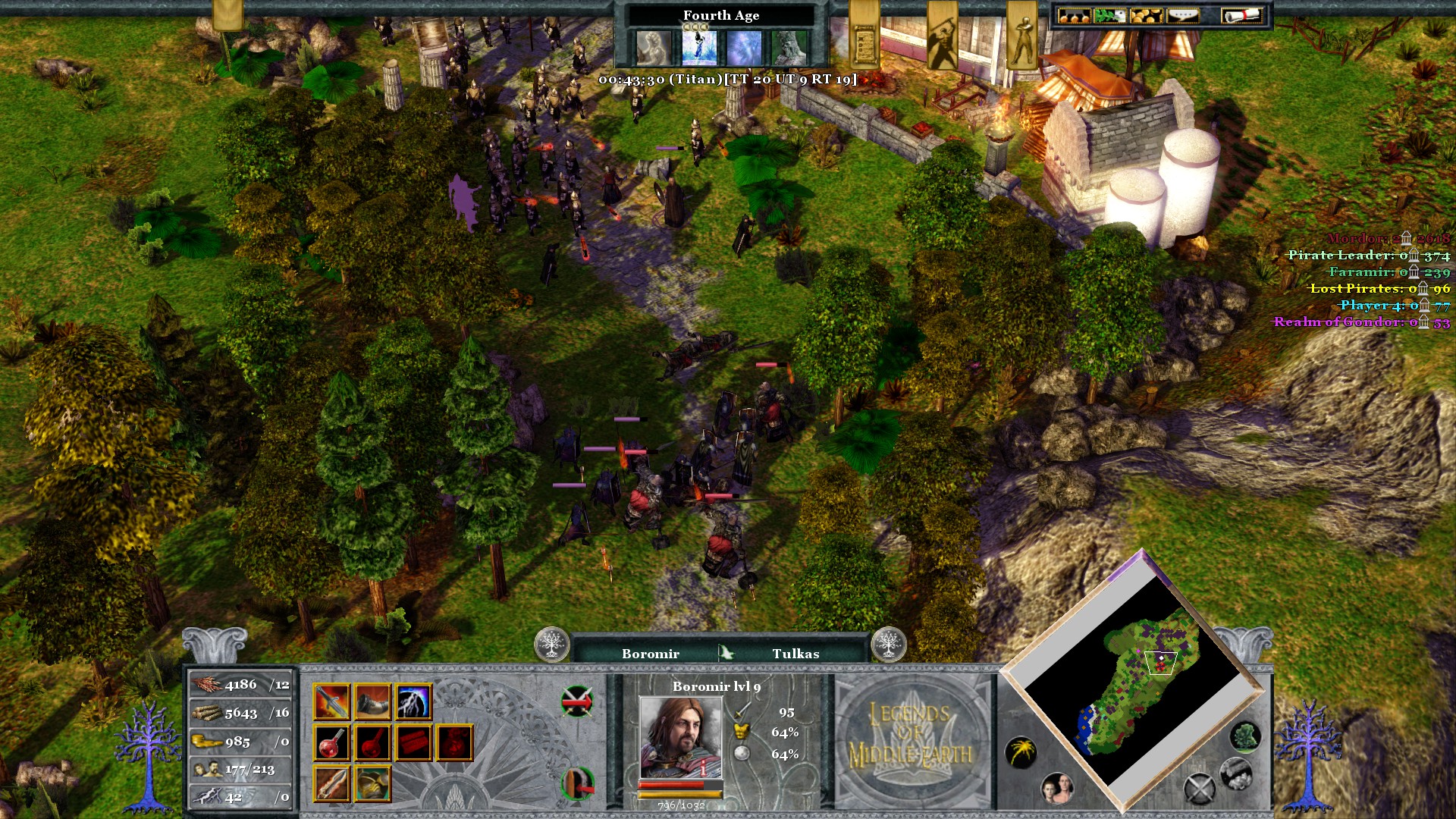 Take care all! Until our next meeting, AND PLEASE REMEMBER TO CHECK OUT ALL OF THE LINKS CONCERNING MY NEW VIDEO GAME!

Help drum up interest with an upcoming single player Helm's Deep map, which plays as a solo scenario (originally apart of the whole campaign).

A quick community letter! Take a look at the new trailer videos!

The Return of the Gods Steam Release!

Today we will reveal the Mythic Age Aztec minor Gods!

The Return of the Gods Beta

The Return of the Gods Beta files for manual installation.

The first benchmark for LOME Extended Edition. This is the same version as V1.2 available on the workshop.

Ever wonder why the powers of the gods can only be used once? Or why use a power if it's so dull? I took some vacation at my grandmother's house and with...

Oh, Ensemble Studios, how I miss you. They left me with a court full of jesters since your demise.

is this a dream

This Atlanteans are op , but at least still defeatable .

Not play this mods AI =(

Better buy remastered. Worth the money ;)

This is easy to play!! In fact easier than any other!!

Age of Mythology: Tale of the Dragon Real Time Strategy
Required to play