Transistor was a brilliant game--it had stunning art, a fantastic and intelligent (albeit complex and subtle) narrative, interesting and thoughtful gameplay, and superb voice acting. However, Transistor suffers from an anti-problem; the game strove for quality over quantity. Recursion mode (Transistor's form of New Game +) aimed to fix the game's playtime somewhat, but most opine that Recursion fell short.

Enter Transition(). Transition() is a series of Transistor mods made by 0Azimuth and friends. Each mod refines and restructures Transistor's gameplay into a new theme.

The first mod, Hyperthread(), encourages using Functions in real-time and using Turn() as an evasion mechanic, making faster-paced gameplay. You can read more about it on the Features page, or head to Tutorials to learn how to download and play it for yourself. Don't forget to report any bugs you find and tell me what you think! Your feedback shapes the future of these mods. Have fun!
Downloads and instructions: Zoneleft.wordpress.com

Details on who we are, blog updates, details on what the mods do / change, and other fun stuff is on that website too.

Hyperthread() v0.4 and brand new launcher are dropping at midnight! 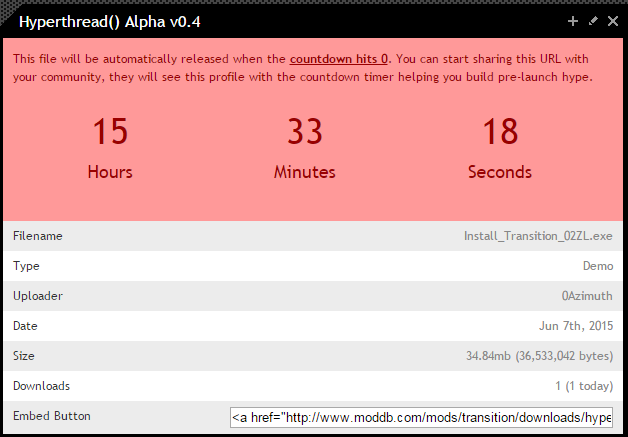 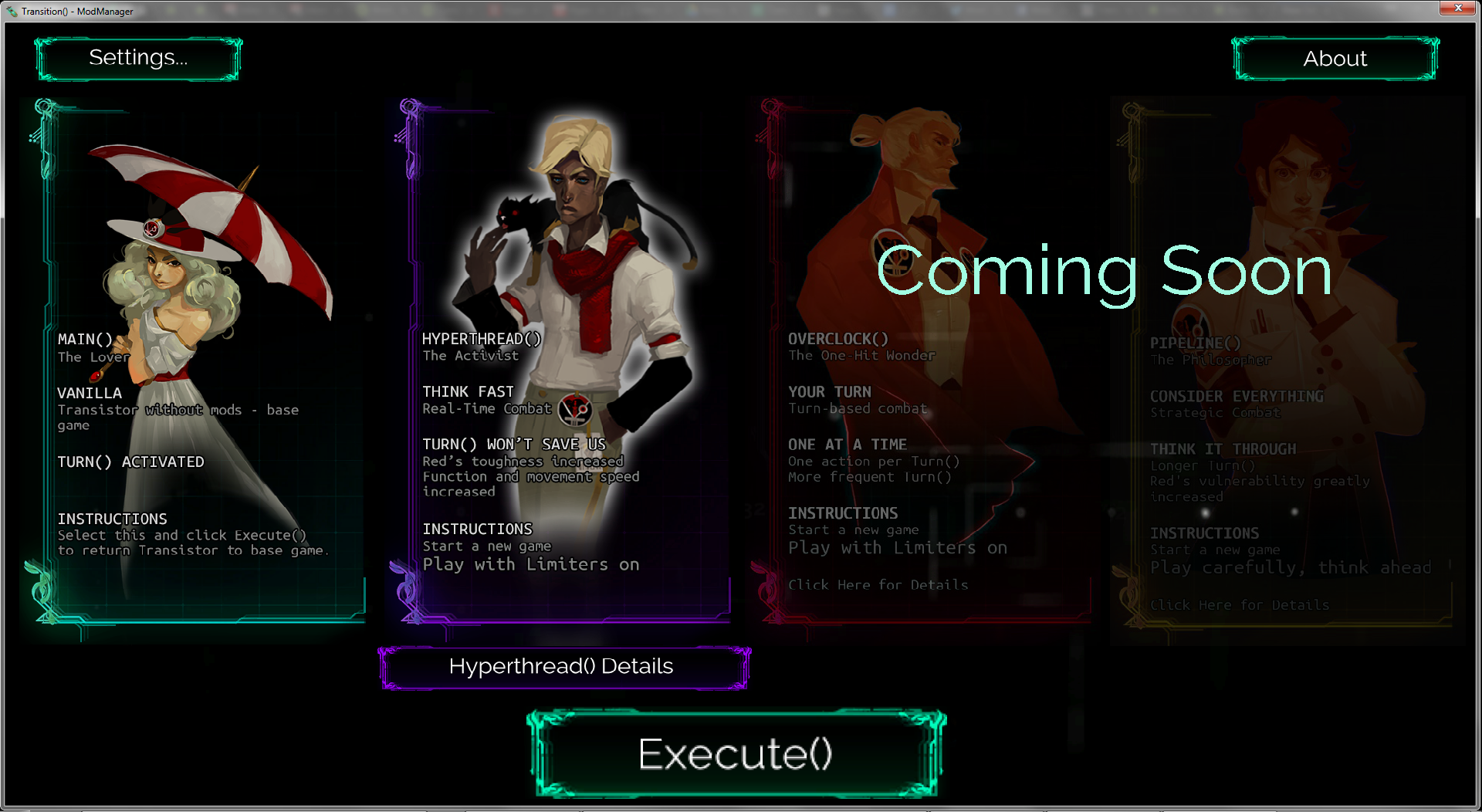 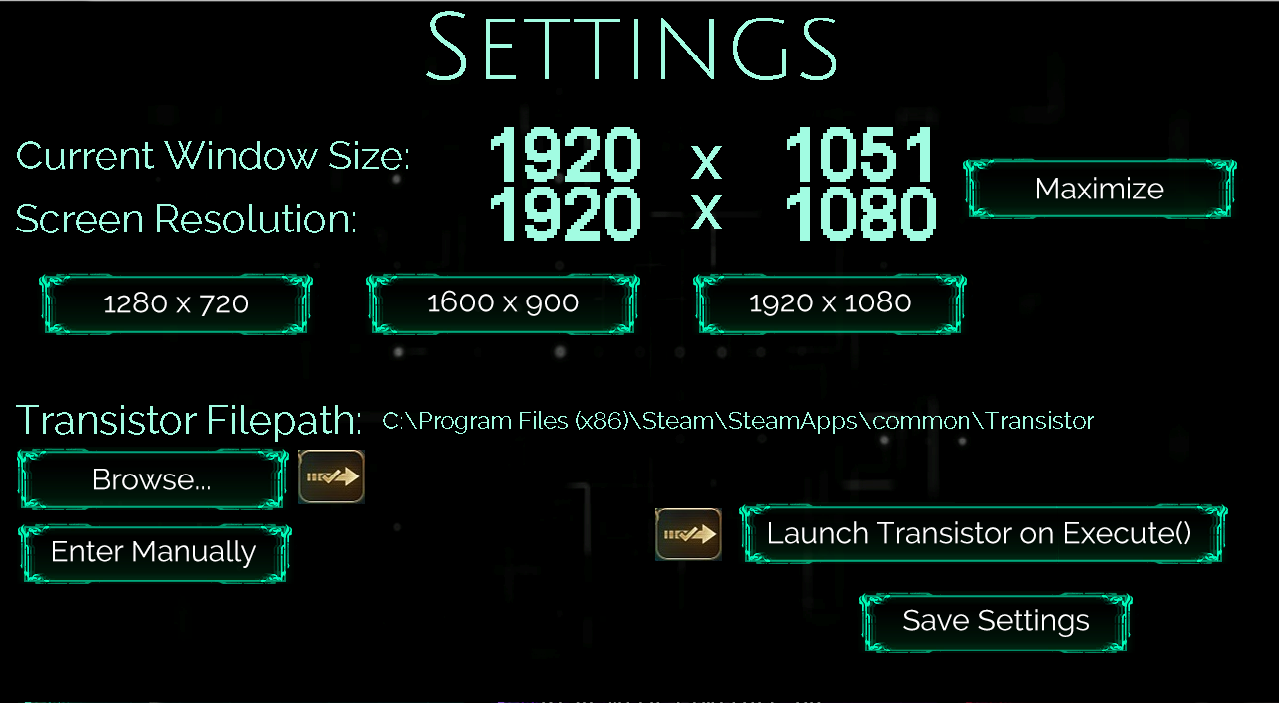 Hyperthread() is going strong, and thanks to your support and feedback, I've got plenty more in the works! A new mod in planning, a new launcher, enemy...

"How does Hyperthread() play faster than Transistor?"

You've asked me how Hyperthread() encourages real-time combat, what changes are actually made, and how Transistor works without depending on Turn(). I...

The names for the other two mods are set, and the mod manager is being re-skinned to be much prettier and cleaner. Now, what's left to get Hyperthread...

Head on over to the Downloads page and try it out!

so is anything going on with this?

Unrelated question: Since you guys work with the games files, are you able to access the artworks at all? I've been on the hunt for high-quality images of the Function characters with little success and wondered if you had access to them. Let me know!

Thanks! As of today, we have a playable public alpha of Hyperthread(). Come check it out and tell me what you think!