Have you ever wanted the experience of WiC in a modern setting with all of your favorite vehicles and equipment? 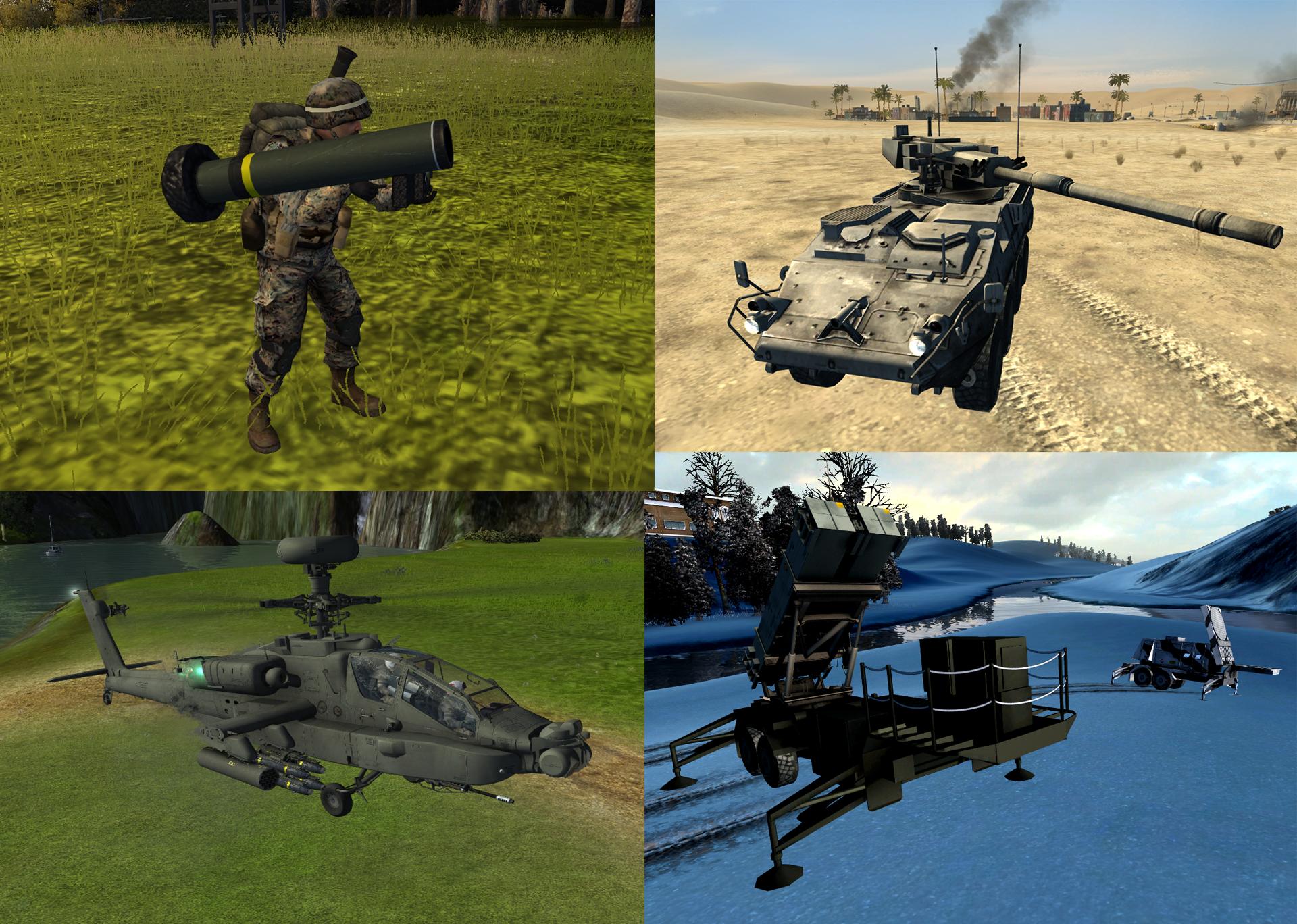 Highlights of new features in 6.0:

Choose which type of install you would like to do. Please note that the installer is only compatible with Windows Vista, 7, 8 and Windows 10. Not Windows XP.

New map pack has been released since Mod version 6.0. Please update your map pack by using the installer download link below. Simply run the installer, it'll overwrite the old files and update you to the latest version.

Due to the increasing complexity in the simulation of missiles, aircraft, artillery, and more- Modern Warfare Mod requires a higher-end system than specified on the original World in Conflict system requirements.

At minimum, your system (including video card) must maintain 30 frames per second or higher, and 40fps or higher is recommended for a good gameplay experience. Below 30 fps, numerous homing projectiles may miss their targets or fail to perform altogether. Try lowering your graphics settings if you cannot achieve enough frame rate.

You can host your game session and invite friends through the new community operated Massgate.org system! Visit www.massgate.org to patch your World in Conflict installation for multiplayer games.

Lastly, dedicated servers (wic_ds) for Modern Warfare Mod are now technically feasible (thanks to Nukem). More information is at Moddb.com

In this tutorial we will go over how to play the Expert Attack Helicopters. This is the tutorial that pro air players will want to read.

Air defenses have gotten extremely tougher to keep air power in check no matter where you go. To survive in such lethal environment, it is important for...

Playing Air in MW Mod requires you to think and act like a sniper, rather than as white knight of the skies trying to save your teammates on the ground...

Previously in WiC and older versions of our mod, a support player's air defense mission was always to try to "contain" air activity and always react to...

This is the installer/updater for the latest version of Modern Warfare Mod. It requires Windows Vista, 7, 8 or 10.

These are the files required to do a manual install of the mod. To manually install, the "Modern Warfare" folder inside the downloaded zip file MUST go...

This is the map pack for the mod, containing several maps exclusive to Modern Warfare Mod.

For those of you who are not aware of camerafreedom, it's recommended that you use it. Open the attached zip file and unpack the 'wicautoexec.txt' file...

A technical presentation about FLINT missile simulation engine used by WiC MW Mod. This presentation is geared toward indie game developers and modders...

Modern Warfare Mod brings World in Conflict from the Cold War into the Modern Age. It also ups the ante on realism and authenticity in every role –...

Tanks in smoke are prefer use machine guns instead of main guns to attack enemy infantry fighting vehicles or tanks. QAQ

Does anyone know how to access few player mode with bots?

FPM is not supported in MW Mod. However, many units (except for few capital units) are purchasable as out-of-role in MW Mod.

Is there a way to turn off the really meme stuff? really ruins the game.

The mod does not appear in the mod manager in the main menu, why is this happen? I have the Uplay version

It's not out yet.

i love the smell of conflict in the morning!