The Unreal Tournament SDK is a collection of hardcoded Engine Enhancements for Unreal Tournament that aim to update that wonderful old game so that both gamers and level designers/mod developers may enjoy this fine game just a bit longer. It is completely Open Source, free for noncommercial use. While I know that Unreal Engine 4 is the current state of the art incarnation of the Unreal Engine this project has become a more or less private project just for fun. After a 4 year break (coding nothing since 2014) I'm lookng forward to continue the project and release the next update in 2018. So yes... it's active again, after I had a time of hardship these last years.

Release of the UT Community SDK September Beta (Build 250) for Unreal Tournament 1 (UT99). Highlights in this release include: Static Meshes, Particle Engine and updated Sprite Render among many fixes and updates.

Today I finally released the next Release of the Unreal Tournament Community SDK - the highly acclaimed UT99 Open Source Development Environment. I worked from March to October to implement a completely C++ based Particle Engine "Unreal Enigma".

Additionally support for Static Meshes and Decoration Layers was added. Also the Sprite Render was updated and is now capable of rendering Vertex Sprites and Vertex Coronas.

Well I could post a list of tons of changes, fixes and updates. I suggest to simply try out the new possibilites given by this release. Famous Mods like Doomsday (idTech2) or the incredible STALKER Complete Series are other great examples of pushing beloved classic games to the cutting edge of technical and graphical possibilities of today. So does the UT SDK for the old Unreal Tournament more and more with each release.

The SDK also inspired many other users to build and develope upon this Development Environment and there's going to be a spin-off for Deus Ex 1 and maybe other classic Unreal Engine 1 Games.

For the next release only updates and improvements for Static Meshes and the Particle Engine are planned. 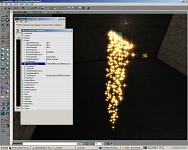 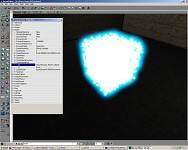 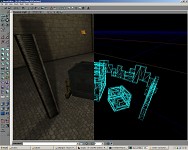 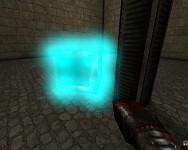 Please dont use the UT3 logo for it, i was redirected from the UDK page, and I was struggling hard to find out what it is. I thought it was a modified UDK for software or some kind of stuff (There is no link to this site if you get directed through a group or something straight to downloads). You should write at the download section that its for classic unreal. Not flaming tho, just an advice ;)

ok thx, will change that!

Does it affect the game itself? Or just the engine?

Also, does it affect normal Unreal?

Nope not yet. It depends on yourself what to change when you add the actors and experiment with them.