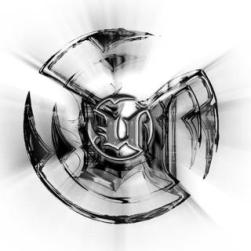 The Unreal Tournament SDK is a collection of hardcoded Engine Enhancements for Unreal Tournament that aims to update that wonderful old game so that both gamers and level designers/mod developers may enjoy this fine game just a bit longer. It is completely Open Source, free for noncommercial use and based on Chris Dohnals custom driver and the latest UT 469 Patch.

While I know that Unreal Engine 4 and 5 are the current state of the art incarnation of the Unreal Engine this project has become a more or less private project "just for fun", and for personal educational and art purposes. After a 5 years break, I'm continuing this project and will release the next huge update in December 2020. So yes... it's active again, after I had a time of hardship these last years until 2016.


Hey everyone! I can now finally present a new version of the UT Community SDK. After weeks and months of delay I finally got together what I wanted to. The road to success had so many obstacles in especially the last few weeks. One bug was removed another popped up! 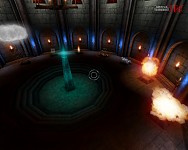 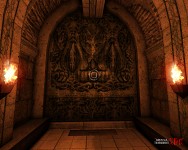 But now I can deliver the first release with a testing environment. Yes... no simple framework without any possibility to test things anymore! When you remember the news post back in November 2012 I was still trying to some stuff ... well I think the majority of these features really made it into the release.

Since this is a huge leap forward, because it's the first release to actively show what can be done, I suggest you make yourself familiar with the possibility to discuss, bug hunt or report about whatever concerns the UTSDK at the forums of ut99.org!

Hey everyone! I feel in need for a necessary statement about the project's current state. Overall progress is quite good even if I have only much time...

So finally here it is. The next new and fresh release of the Unreal Tournament Community SDK. This month's release comes with a huge update for the Material...

Starting the new year for the SDK with a bunch of new features and improvements: The next new and fresh release of the Unreal Tournament Community SDK...

So finally here it is. The next new and fresh release of the Unreal Tournament Community SDK. Originally there should've been a November release but according...

This month's release comes with a huge update for the Material System adding new Materials like TexRotators and TexEnvMaps! On the other hand I implemented...

Starting the new year for the SDK with a bunch of new features and improvements: The next new and fresh release of the Unreal Tournament Community SDK...

Fixes a strange critical error when adding a StaticMesh Actor to the map. The error was caused by mismanaged texture arrays. Simply copy "sdkEngine.dll...

So finally here it is. The next new and fresh release of the Unreal Tournament Community SDK. Originally there should've been a November release but according...

The Release of the UTSDK October Beta! (Build 271)

Just curious if you will be able to work in some ragdoll physics, or some alternative way to handle death animations.. One of my biggest gripes for how outdated the game feels unless you gib them instantly. Is one of the nicer things about UT2K4, the ragdoll deaths.

The gifted coder .:..: (Dots) did a great PhysX plugin. But I'm not sure if his plugin supported ragdoll physics. I wont say it's impossible, but I'm currently focussing on polishing, graphics, memory management, and internal editor tools. I will definitly keep in mind extended physics and ragdoll physics, afterall ut99 has skeletal model support already.

The page says that the project has been released two days ago, but I can't find the download anywhere. It seems that it has been postponed again.

Its sometimes not easy to plan for this project, but there'll be a definite release this year. You know, getting a proper, reliable release done still requires some time.

However, you can follow its recent development at ut99.org

Welcome back, Shadow. Looking forward to the new updates!

Yessi yes! Thank you very much :)

However, I have huge problems adapting my legacy code of the previous release to the new 469a Patch, which is the main reason for the recent delays. Hope to release a fresh version at the end of March. Been rebuilding the 3D pipeline currently.

Here's a late, late reply to you... but I am sure everyone else looks forward to the updates just like I do!

One thing that I have always wanted to request, is a version of this SDK that works with DeusEx's version of UE1.

Is this still being actively supported?

Hey jdzero! Thank you for asking. Yes I'm still working on it as I need it as a framework for a new total conversion mod and an Unreal Engine 4 game I'm developing, backed up by a small team. End of december will be the first release in like 7 years..