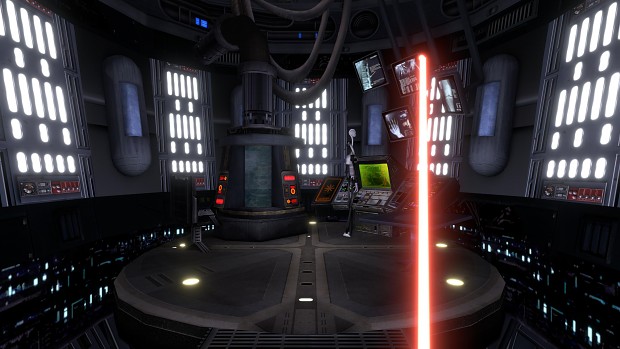 The Great Jedi Purge has spread throughout the galaxy with devastating results. Recent sighting of a Jedi fugitive in the Anodea system has led the Emperor to order Darth Vader - the Dark Lord of the Sith - to make sure that this Jedi won't leave this realm alive under ANY circumstance.

DISCLAIMER
Because of the millions of different hardware and software combinations possible with today's personal computers, under no circumstances including negligence shall FastGamerr or anyone else be held liable for any incidental, special, consequential or any other damages that may result from the use or inability to use this mod/add-on content.

Thanks for voting and helping Star Wars: TODOA on it's quest to become the 2021 Mod of the Year. You are now in with a chance to score some free games from our #modlove collection. Help this mod secure more votes by embedding the widget (or link) we have included below on your favorite sites. 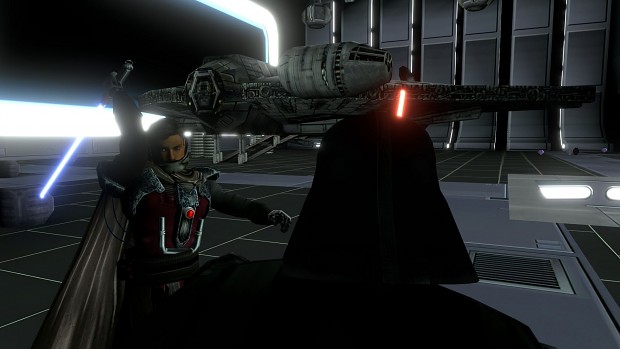 TODOA - Edition of Magnitude is the latest (2021) version of Star Wars: TODOA - both the main mod and the Duel at Belga Jer DLC are included.

This release also commemorates the 11.5th anniversary of TODOA - aka the first FastGamerr release: 11.5 years because when TODOA was first released on Jan 1st 2010, it had been roughly 11.5 years since the very first time I edited JK. 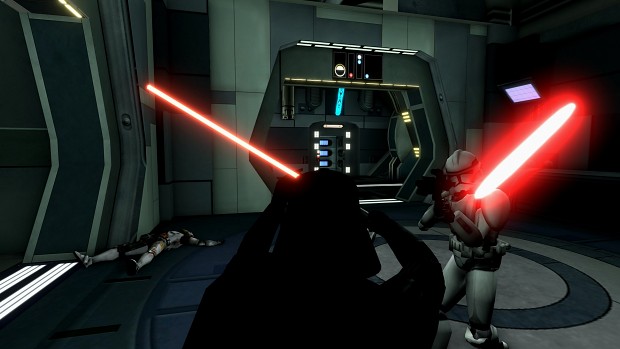 Thanks to jdmclark's JkGfxMod, TODOA can finally look as shiny as intended all those years ago. 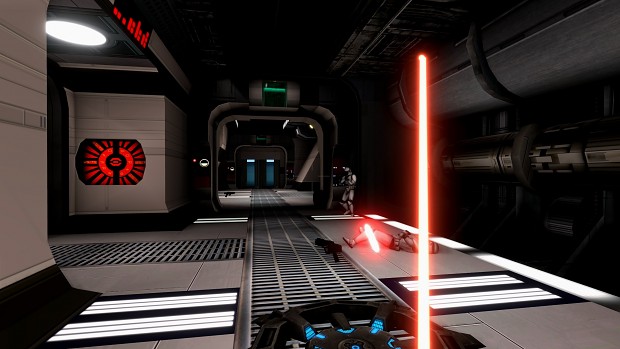 If you've ever wanted to play a Star Wars mod featuring remakes of classic Doom tracks by the tremendous Per Kristian Risvik, here's the mod for you! 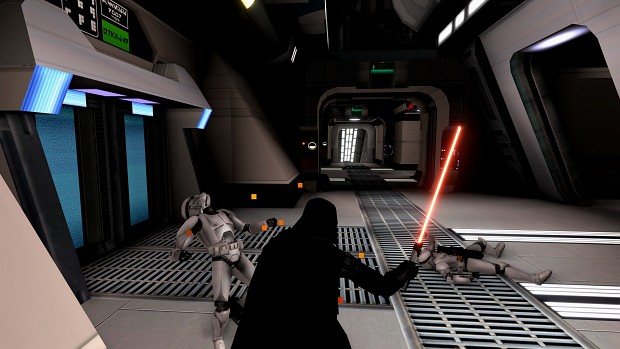 While grander-scale FGR projects ended with TODOA and DXN - Deus Ex: Nihilum, back in 2015 I did make a brief return to the TODOAverse in the form of Duel at Belga Jer - originally made for a level contest - which has also been included in this release. 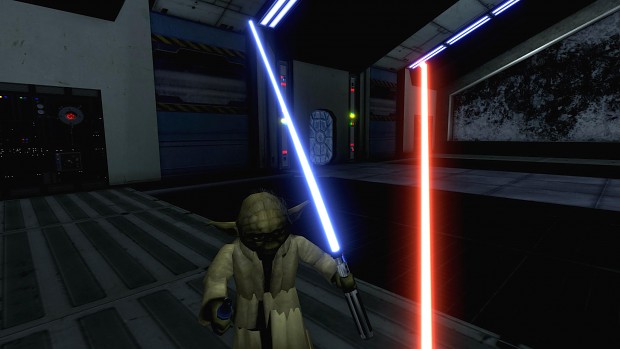 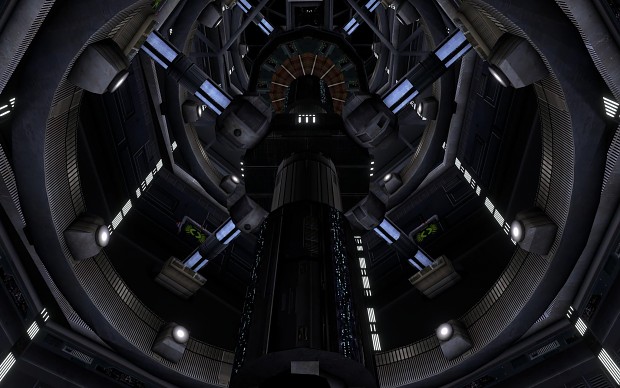 No more tech support, sorry. The JK SP project TODOA is finally finished and available for download. It took a huge amount of time to make a project of...

Last updated: April 10th 2021. TODOA (including the Belga Jer DLC aka TODOA 2) with an installer, upscaled textures and some other tweaks

Last update: November 29th 2020. No more updates to this mod by FastGamerr as of August 2021. The MotS version of the companion compilation pack for the...

Last update: November 29th 2020. No more updates to this mod by FastGamerr as of August 2021. A companion compilation pack for the JkGfxMod (version 1.0.0...

This tool will legally extract the JK 1.01 binary from the patch EXE and then use various patches to downgrade it to JK 1.00 and upgrade it to JKUP.

Yeah, the savegames have been disabled by default to minimize the amount of bugs for smoother gameplay.

You should extract the EXT_SPSaveGame.gob file from the TODOA2019.7z root directory to your \Jedi Knight\TODOA\ directory to re-enable the ability to save the game, though bugs might occur and the savegames might get corrupted :\

(Alternatively, if you add the line -devmode to the .BAT file used to launch TODOA, you can select the level you want to play from the debug option in the New Game menu, but that way you can only play one level at a time)

I wish this guy took these graphics, and did a conversion for Dark Forces 2: Jedi Knight.

how can i install this for the gog version?

First, you have to retrieve JK's 1.00 CD EXE with the JKVersions tool ( Moddb.com ), because that's the only non-edited one that you can patch for TODOA. The sad thing about that tool is that it's dependent on certain websites (MZZT's site, JKhub.net, Lucasarts.com) being online, otherwise it doesn't work (if anyone wants to take a crack at making a version where you'd just need to download JK's 1.01 patch locally, and point JKVersions to your local copy, well, that'd be hugely appreciated! Github.com ).

After that, you can follow the installation instructions in the readme, but if it doesn't launch properly after that, get dgvoodoo 2.5 (not the latest version) from Dege's site: Dege.freeweb.hu

Essentially: get JK 1.00 CD EXE with JKVersions, follow the TODOA TC installation instructions in the readme, get dgvoodoo 2.5 (extract the DLLs from the zip's MS directory into your root Jedi Knight directory, and you possibly have to extract the dgvoodoo launcher EXE as well) and then the mod might work on a modern computer! Here's hoping! Good luck.

(Note: dgvoodoo tends to alert virus scanners, but that result is a false positive: dgvoodoo is absolutely safe when you download it directly from Dege's site. I do not recommend downloading dgvoodoo from any other site than Dege's.)

Nice to see one last update for the biggest JK1 modification. Hmm I would miss only one point: Seeing bots in the Multiplayer maps.

There is the great modification "rbots" (I think) and it makes a lot of fun to play with bots in the original JK1 and MotS mp levels.

Any chance to see rbot support for TODOA mp levels?
Since the support for this project has ended, is there any chance that someone else can create the bot support? Would you (fastgamerr) give this person the permission to do that? Unfortunately I have no knowledge about JK1 Modding.

For a moment I considered adding in rbots support back in late 2011/early 2012 when I was working on TODOA TC, can't remember why I backed out (maybe it took too long to implement, maybe I didn't have the files at hand).

But since I don't edit JK anymore, anyone can take a shot at trying to add in rbots support (or anything else!) for TODOA, as long as you give credit to me (as per the mod's user license). :]

Thank you very much for your response. I understand you, that you don't want to touch JK1 anymore. I will try to find someone in the steam and GoG Forums and ask them how difficult this work is.

I will quote you and say them, if someone would like to do that, they have to credit you.

Thanks man. rbots would be really nice, its hard to play the game with real people these days.

Hi, is there a way to fix this "bug"? I'm using the steam version with the JKVersion exe

Did you update the JK.EXE you got from JKVersions with the TODOA TC Patcher? (Since that should enable the appropriate graphical effects to make the saber look as it should)

Also, if you have any DLL files from previous unofficial patches of JK, you should remove them first and only include the DLLs from TODOA TC itself.

I am in fact using a different ddraw, I'm under win8.1 and I was never able to run DF2 (or MotS) without dgVoodoo's ddraw

Ah. The new sabers (as seen in the screenshots) only work with the patch included with TODOA TC (at the moment).

This hasn't been tested (I just came up with it), but in theory if you download ConMan ( Massassi.net ) and then use it to open TODOATC_Engine.gob in the TODOA TC directory, go to "mat" files on the right and remove all the ones that start with saber* (so from saberblue0.mat - saberyellow1.mat), you should be able to retain the original JK lightsabers. Might be translucent though.

Other than that, I've got nothing.

I didn't even think that it was Jedi Knight. Its graphics are better than MotS graphics, and it is a shame that LucasArts couldn't do that with DF2. I am amazed.