With the future 1.1 patch comes a wave of changes designed to increase the base difficulty of the game while normalizing Nightmare to play more like Hard. Nightmare itself could be quite challenging, but it's not an often picked mode (and quite a few custom maps don't even give the option). Hard tends to be the more commonly picked difficulty, so it's important that all difficulties have something to offer. Below are some of the changes coming to achieve that.

First up is damage. While the player's damage output was generally ok, the shotguns stood as a particular outlier. Quake's enemy health numbers leave a lot to be desired when it comes to balancing weapons like this, so they've been ditched in favor of a new model that'll allow for a better base to work from. The result is that some weapons will take a few more shots to kill without being noticeably spongier. Shotguns are seeing further nerfs with a wider spread and reduced projectile speed to help keep their range in check. Combined with the enemy health changes they're now much more close range oriented while still being ok out to mid range. 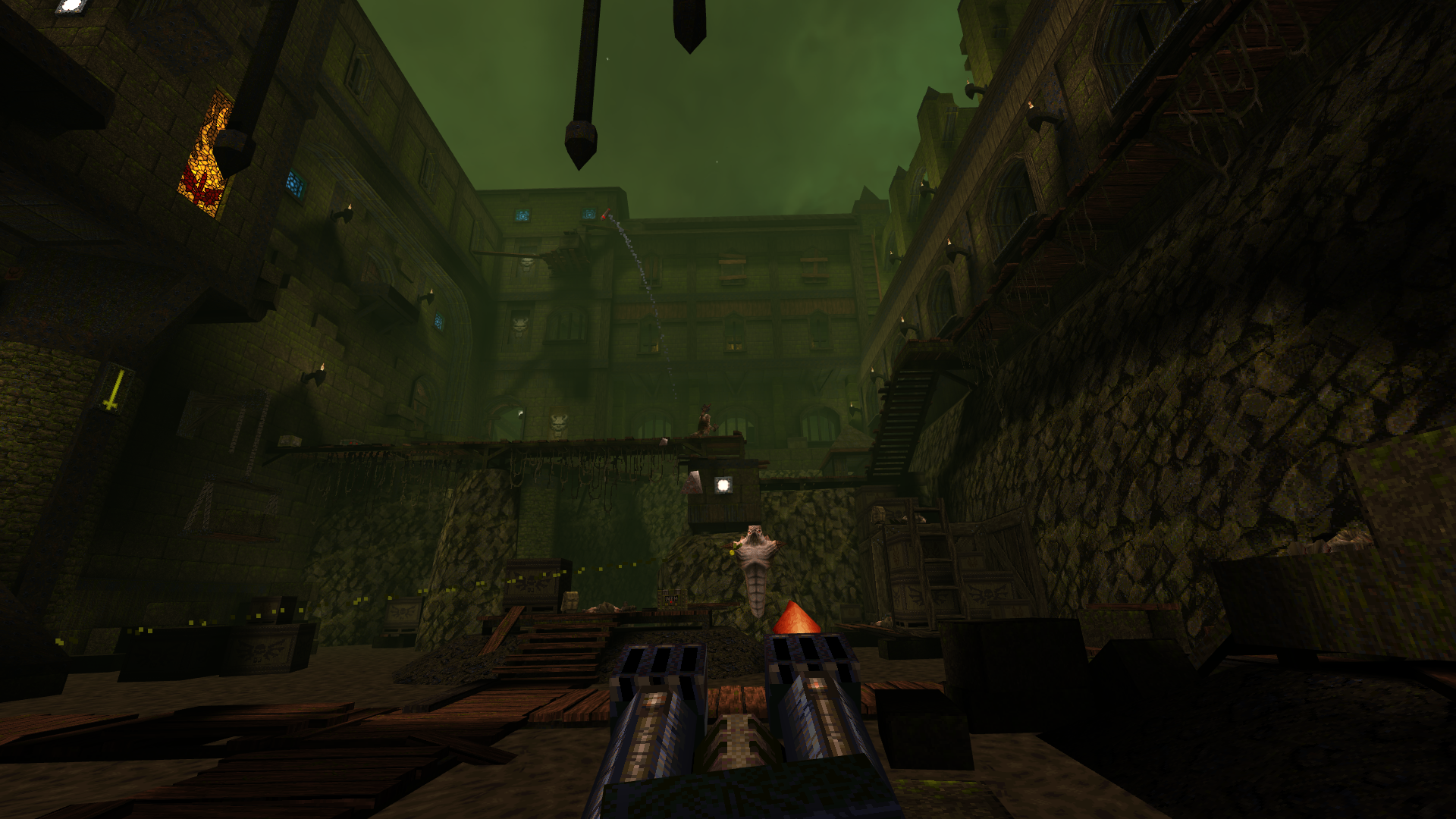 Map: A Verdant Dawn by zigi

Items aren't escaping more nerfs with bonus HP being targeted this time around. Armor tends to be a weak point in terms of balance since the player is given so much of it. The result is that some already weak enemies end up too underpowered. Tier 1 and 2 armor are being dropped to 50 and 100 points respectively given how common they are. Tier 3 armor remains at 200 to make it a much better incentive for exploring. Megahealths also tend to get spammed and keep the player topped off too often. They're getting dropped down to 50 health with the trade-off that health over 100 no longer drains (and can even be carried between maps now). This should keep them rewarding to find without having them nullify the results of previous or future encounters. 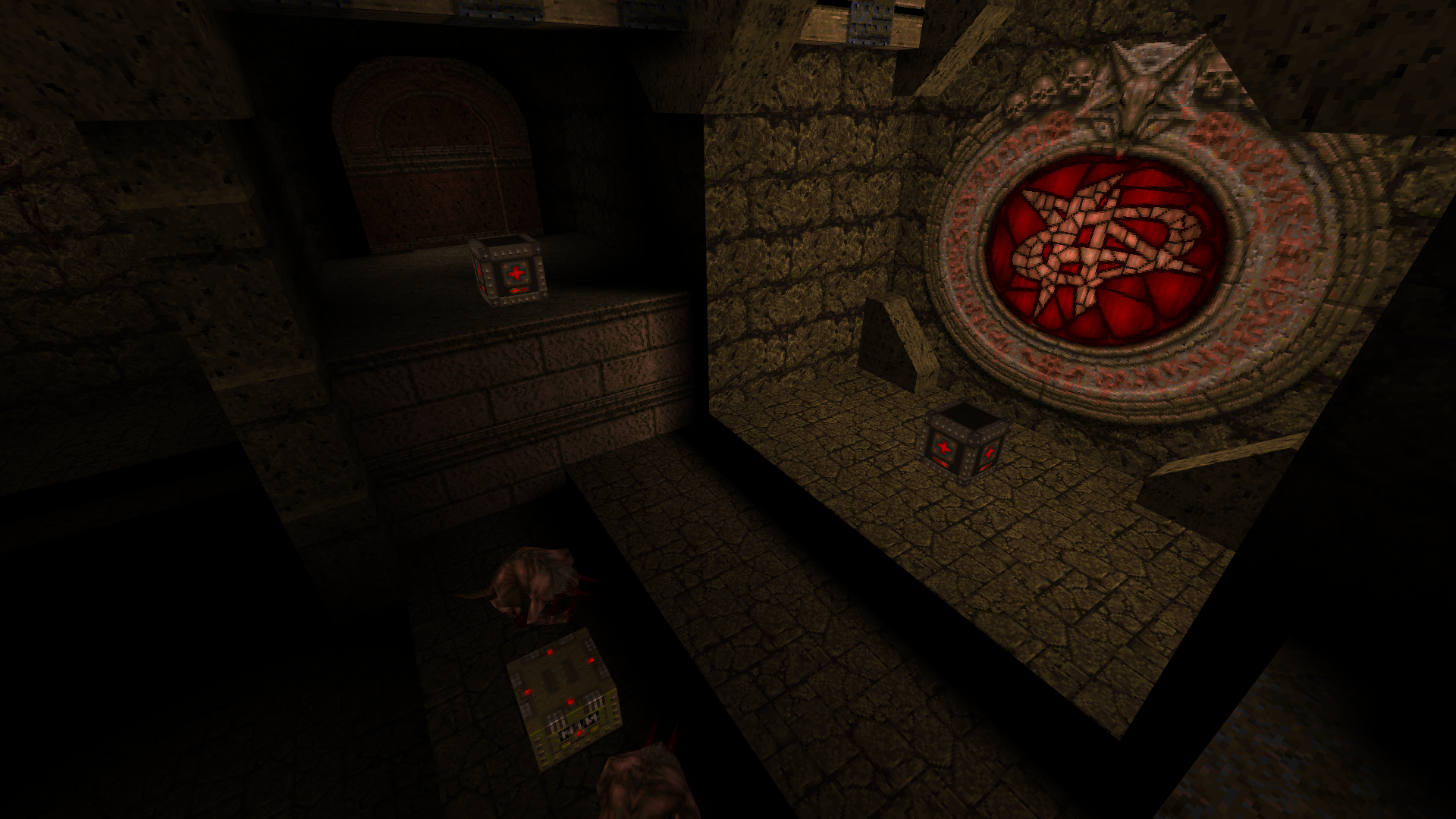 Monsters are continuing to get beefed up. Like the player, they're getting a new damage model with projectiles in particular getting their damage raised across the board. Some projectile speeds have also been increased to make certain monsters more urgent to fight as right now most monsters suffer disproportionately at mid range. Lower tier monsters in particular will be seeing some love this patch with a couple new tricks up their sleeves. Other than more bug fixes and AI improvements, monster reaction times are also being tweaked to be more fair on Nightmare and their pain thresholds have been re-evaluated to make them a bit more formidable. Combined with the item changes they should now offer a much greater challenge on all difficulties. 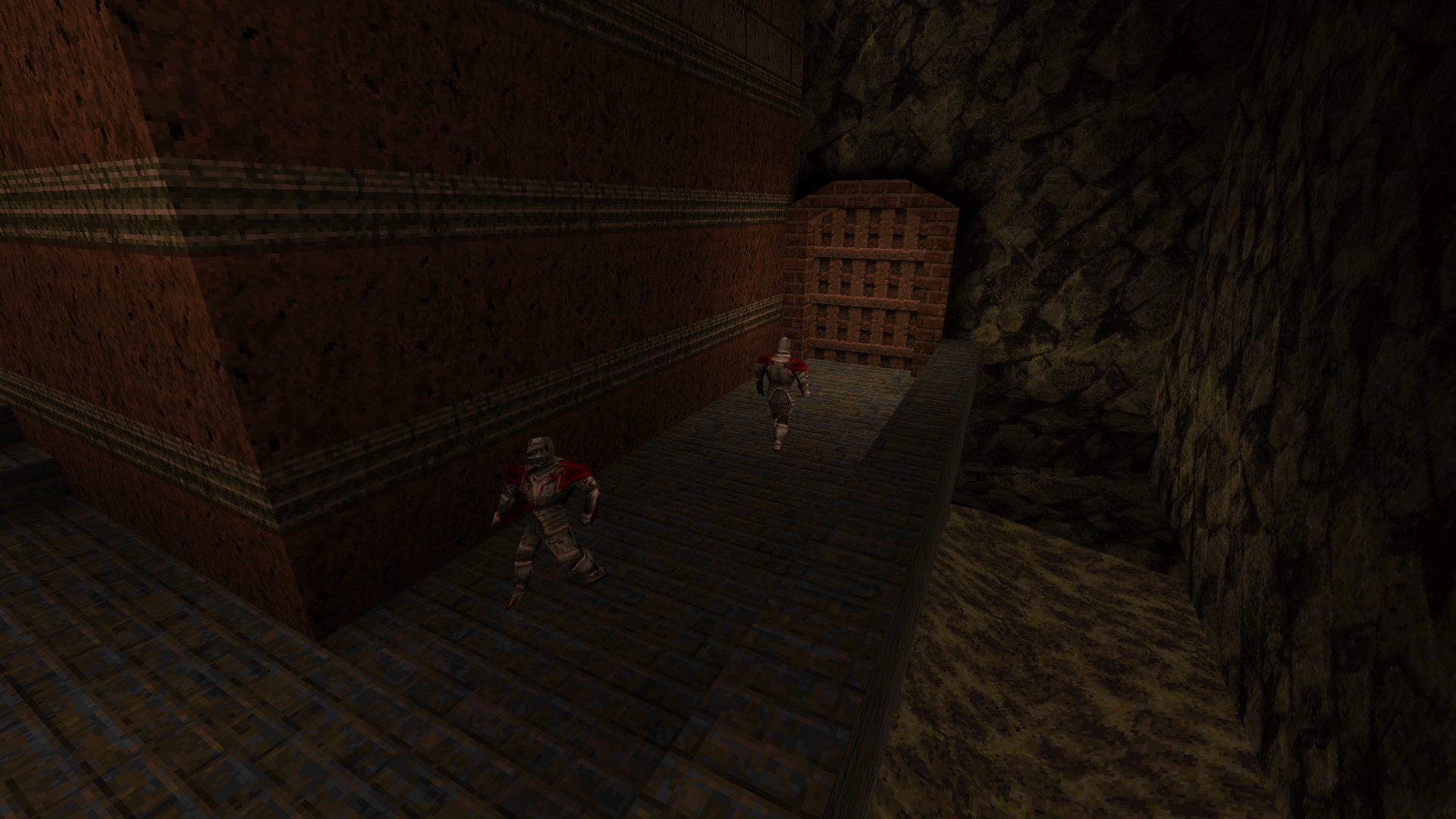 Last on the agenda is co-op which is getting even more features. After you die you'll now respawn in place with a brief window of invulnerability which should keep the flow going much better when playing with a group. Backpacks will no longer drop but players will now get to keep their ammo. To help with resource management, some items have been changed so that they'll remain for all players to pick up once. Also being introduced is a new mode: Nightmare Co-op. Normally co-op can get a bit stale since the fear of death is removed. In Nightmare Co-op, if even one player dies, the map is restarted. Make sure not to catch any friendly rockets! If none of this sounds appealing, setting the coop console variable to 2 will now let you play classic co-op.

While it's still being tested and refined, you can look forward to this patch around mid October.

Take a dive into what's planned for the future of Quake Reignited.

Speeding things up, slowing things down, and assault: The story of the More Dimensions soundtrack

A rundown of the making of the game mod's soundtrack, and all the techniques and events that led up to it.

It Has Risen - More Dimensions released

It's out! and I'm out! The final Quake Epsilon release, "more dimensions" is finally done.

Step back into 1996 with a new challenge in this reimagining of Quake.

Release version 1 of the mod. Play has Frodo in Middle Earth.

A fix to BattleMech to get it running on modern PCs.

Initial release. May have significant performance drop. Loading second level takes a while. You may stuck inside walls and get insane fps drops in some...

OMG! The Creators of Arcane Dimensions are making a commercial FPS Game rrunning on the Quake Engine/idTech 1 Engine! 😺

And it's being published by 3D Realms! 😻

This has nothing to do with Arcane Dimensions.

Uhh yes it does, BloodShot is one of the level designers for this.

Hello, i am a level designer on Wrath and I wanna second what dumptruck said above. BloodShot was not on the AD team and we only ever had one(1) AD dev on the team. That individual has since taken a leave on the project so as it stands, no AD devs are working on Wrath. Hope this clears up some confusion.

DAMN! You're right my mistake, I dunno why I said BloodShot was involved with Wrath since he had no involvement on AD as you said.

Sorry for the misinformation, I must've been tired as hell when I wrote that. >.>

Why do i get a "parse error" when I try to start the Qore Mod?

One of the best FPSs in the world, next to Doom of course.