Reload. Rev up. Ride out. The ultimate sport of kill-or-be-killed is now an explosive new experience, with mind-blowing new ways to move like lightning and annihilate enemies.

Over the last 2 decades, there have been many additions to Ballistic Weapons 2.5. Such as BW Pro, BW Fix and BW Extreme.

With the inclusion of bonus packs, such as Sergeant Kelly's Bonus Packs, That Other Weapon Pack, Skrith Wars Bonus Packs and Jack Carver and Fische11's Bonus Pack, its hard to keep control of which works for which version and which work at all.

The Ballistic Weapons Complete Collection aims to collect all additions, Bonus packs, unreleased and future content all into one download! 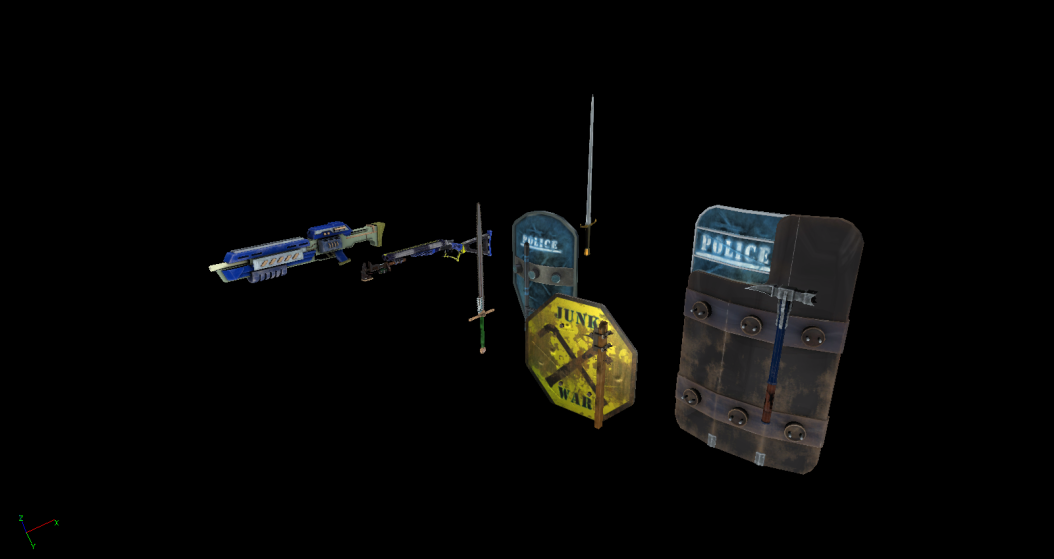 New weapons to be released with every update. The amount may vary depending on the current goal for the update. So far, over 10 new weapons have been achieved and unreleased content is planned for finishing in the coming future.

These weapons will be made to work with the collection, balanced roughly with the collection and work smoothly alongside the collection, with no intention of making improvements in the future. This pack will include a number of weapons from:
BWBP Skrith War Pack vol 1 to 2
BWBP SKBP vol 1 to 5
BWBP Jack Carver and Fische11 Pack
This collection will be released alongside Ballistic Weapons Pro Complete Collection over the course of the next few months.

Pistols have always had their issues regarding dual wield and single use. We have plans to make all pistols work well as a single weapon and work seamlessly in dual wield

All Credits to each individual content pack and bonus pack go out to their original creators.

This version introduced noticeable improvements for AI, so now it really playable.

Hi guys. Yes, I'm still working on the mod, it's a long and painstaking job because I'm doing it alone. I have already done quite a lot, about 70%.

Gameplay video of CrateDM. Shows off how you look like in game.

!!!Important!!! Run _Cleanup.bat after installing this patch. This patch adds new effects for weapons, fixes decals and some other bugs.

Beta 2 is ready to download! Many improvements for AI and other fixes. Includes three languages: English, French and Russian.

March 2019 Update includes all my current audio work on UT2004, This update has 200 of your favorite heroes, from cartoons, games and TV shows. I am Updating...

Also, how do I make a ucl file for weapons and vehicles?

Does anyone know how to Modify XGame.u, because I want to Replace all the UT2004 Guns in the Campaign with the ones from Unreal Tournament: 2341 (which Adds and Replaces the UT2004 Weapons with HD UT99 Weapons).


I Know this is possible because someone did it for Ballistic Weapons, and I want to know how its done.

I believe you might need to use UDE or notepad ++ and also uncompile it. Though I can't help you more than that because I don't know, but I least I could give you the tips I think that would work ...

Are there any Modding Tutorials for UT2004?

Because I want to make a Half-Life Weapon Pack for it.

And I also want to know how to make Player Models.

I can give you certain cluez for it.

First you should install UDE
Moddb.com

This is for programming purposes.
So you can try using current UT models as placeholders for your weapons.

Then for modeling and animating you need to use either blender, 3ds max or maya, depending of your possibilities and likings.

For texturing most photo editors might work as long as you use appropriate formats for the textures.

Making weapons with hands might be easier to start because making players requires you to have a rig that corresponds to the ones of UT2004 and work seamlessly without looking wrong.

Purely epic game. Hours wasted, especially with all of the mods.