There are alot of Clone War era mods for EAW and FOC, some similar and some different. This mod, is garunteed to be unlike any other. The developers of Star Wars- Clone Wars Mod (Moddb.com) Present: 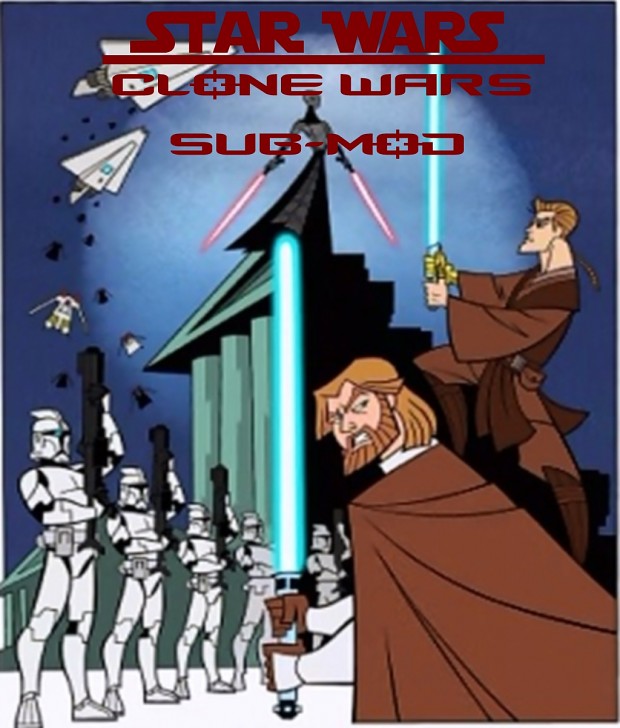 Based on the 2003- 2004 Miniseries by Genndy Tartakovsky ( who also did Samuri Jack), the Star Wars: Clone Wars Submod offers content from the Miniseries that was removed from the original mod, as well as brand new content. Now you can command massive armies along with your favorite heros and villains from the classic miniseries that beautifully covered some of the events between Episodes II and III. Fight Ventress in the hot- steamy jungles of Yavin IV, save the Jedi Enclave from total destruction on the icy world of ILum or simply crush your enemies with shear military might.

The Galaxy Is Yours For The Taking! 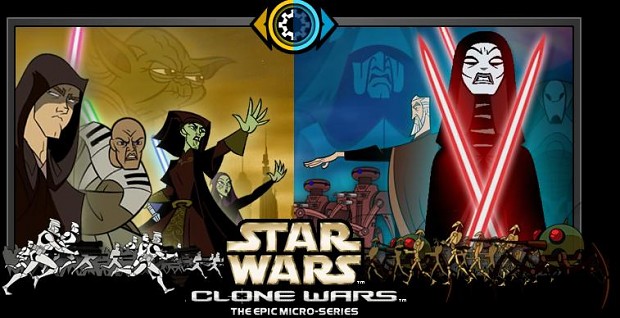 Features include but are not limited to:

IF you like this mod then perhaps you'd be interested in joining the Clone Wars Multi-Media Project Fans of Moddb: Moddb.com

Version 2.0 Update and Things to Come

It's been a while since I updated this mod so I thought I'd post some news. My plans for this mod unfortunately, cant all be realized. There are units and heroes that I would love to have in this mod, that I was planning to have in this mod, but its kind of difficult to add these things without someone to make the actual models for the units.

So, after this last version (of which we are currently just trying to iron out the bugs), I can't see that we'll continue working on this mod any further. Perhaps in the future we could if we had the resources but not enough people are interested in helping with this mod so I doubt we'll have the resources in the future.

Attention will soon shift completely over to a very ambitious idea that I've had for a FOC mod, one that will hopefully generate enough interest to where I can get a full team to work on it. The Star Wars: Legends mod will be the ultimate EAW:FOC mod! Covering every era in the “Legends” time line from before the formation of the Republic to over a hundred years after the Battle of Yavin! This will be the ultimate mod for any fan of the old Expanded Universe. 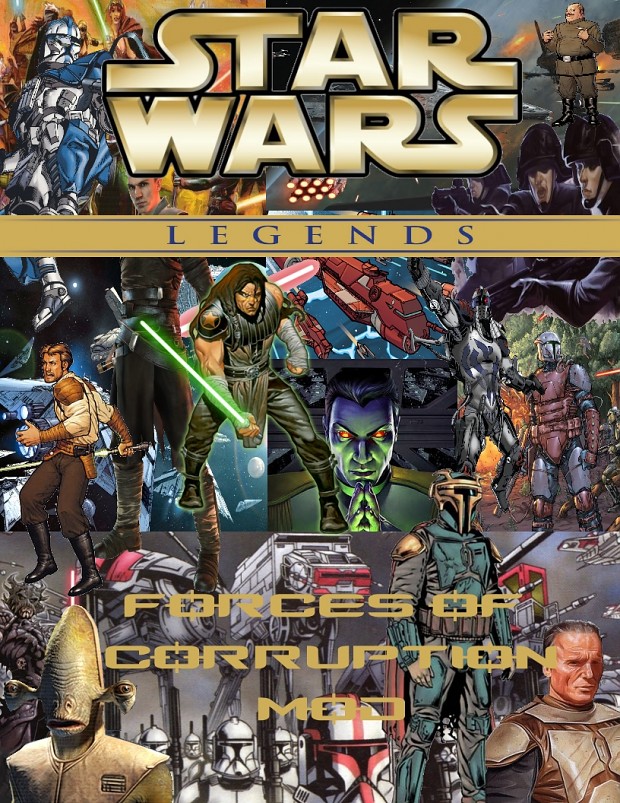 So that's the future of things to come. I'm hoping to release the Star Wars: Clone Wars sub-mod version 2.0 before the end of the year.

Thank you to those who've followed and supported this mod for years and hopefully I'll have your support and followings when we get the Legends Mod underway.

It's Been A While

First update in a bout 8 months. If anyone is still tracking this mod, there's some good-ish news

A major patch for the Star Wars Clone Wars Sub-mod has been released. Read the article for more info.

Having AI Troubles? Read This

A couple of things you'll be seeing from this mod this week, read more to find out.

For people who subscribed on Steam, You need this if you want the AI to work.

*NOT FINISHED* I decided to just upload what I had, as I'm busy with other projects at this moment.

1.0.1 Patch for the Star Wars: Clone Wars Sub-mod. Read the description for the changelog

The installer version works now. Those not computer savvy enough to install it themselves can now play this epic mod

Why isn't K'Kruhk in the mod....he was seen in the show and a very unique jedi

It makes me really happy that there people that still enjoy the original Clone Wars! ;D
I didn't even realized that i had Empire at War on steam till i checked and i should try this soon ^_^

Hello! Great mod! I was wondering if I could have some help on my mod?

What kind of help? And what mod are you creating?

Modeling and a FOC mod