This mod was original made by Nett40. He has since moved on from the community and our team has taken on the task of continuing the mod. We have made and are still working to make a total conversion mod based on The Clone Wars as seen in Both the 2004 Cartoon and the new Clone Wars series using inspiration from the movies, Republic Commando, Battle Front 1 & 2 and other popular Star Wars sources.

This Clone War era mod would not have been possible without the help and aid of the whole modding community, THANKS TO ALL...

Please contact us ASAP, if you have any concerns against my use of your material, or if you simply feel that I haven't credited you properly

For the Star Wars: Clone Wars Sub-Mod go to
Moddb.com

For help with installing mods go to this forum and ask
Moddb.com

Thanks for voting and helping Star Wars - Clone Wars on it's quest to become the 2022 Mod of the Year. You are now in with a chance to score some free games from our #modlove collection. Help this mod secure more votes by embedding the widget (or link) we have included below on your favorite sites.

A tale of defeat

So after a massive space battle by a Jedi led Fleet the 501st launched an Invasion of Umbara Commanded by General Skywalker and Captain Rex. The initial wave was led by Torrent Company supported by Turbo Tanks and ATTE. The intial defense of the planet was the normal clankers which were no match for the 501st.

Then it got bad! The Umbaran Militia showed up in force to fight the Jedi and their clones for Count Dooku.

Along with their Hover Tanks

We fought our way to the air base 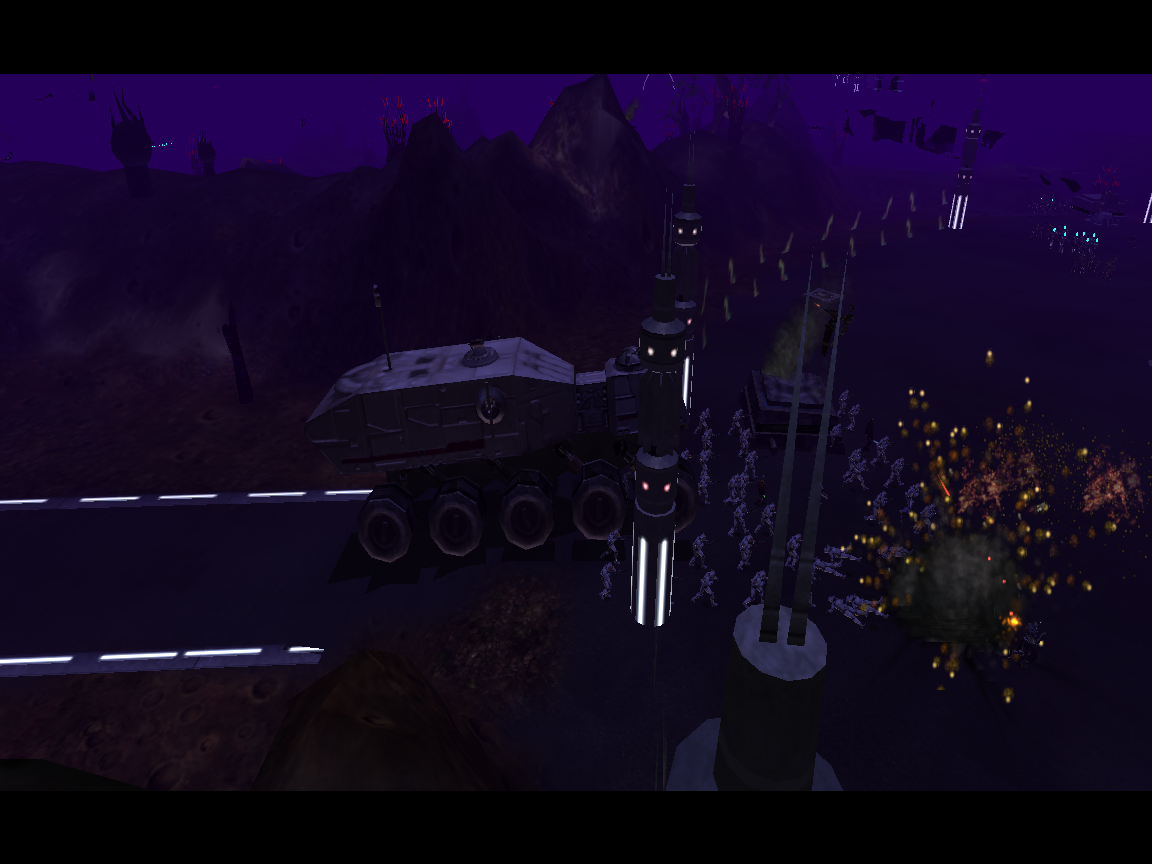 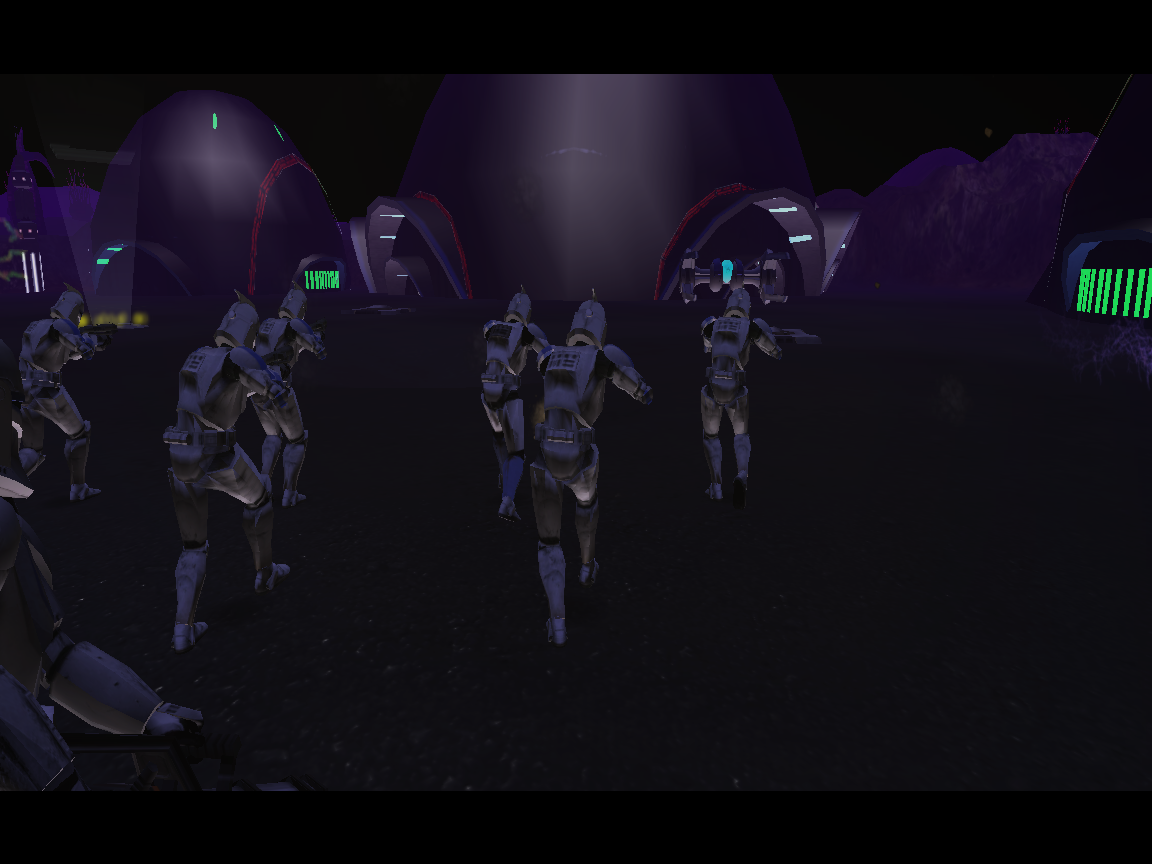 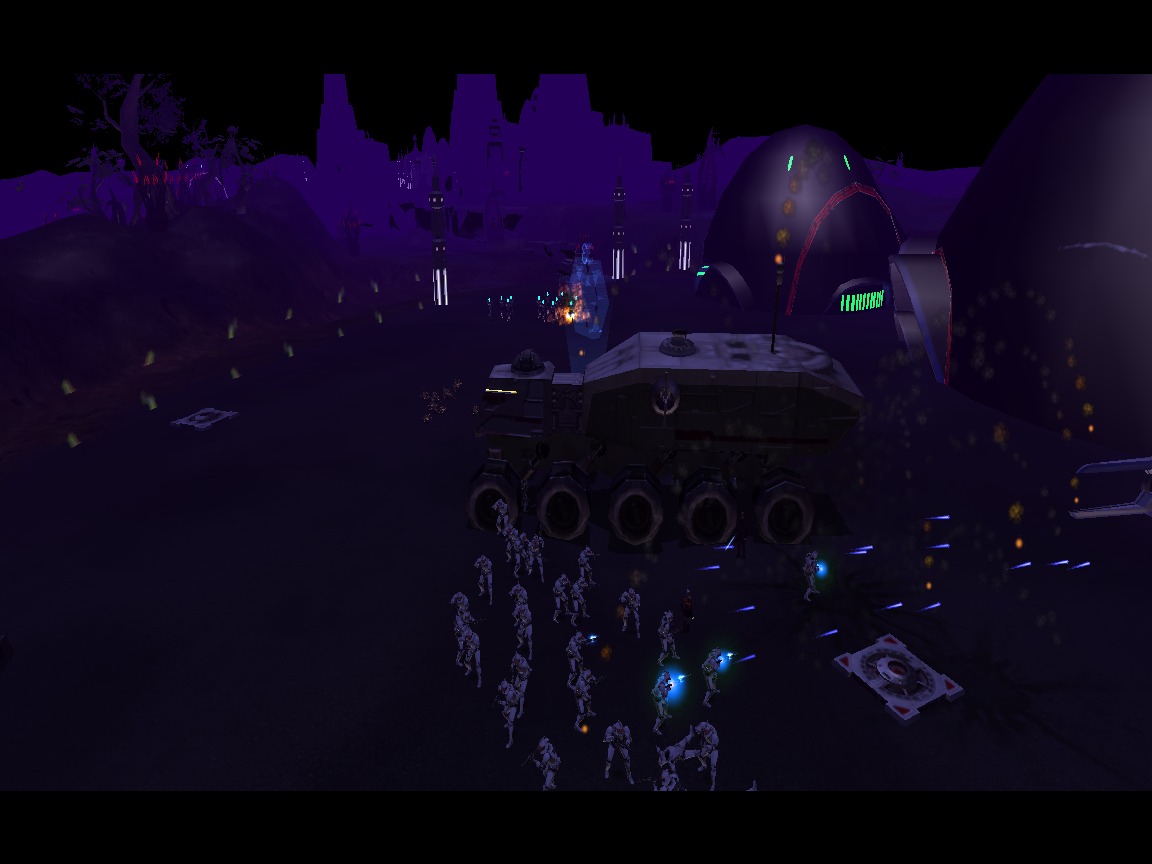 We thought we had secured it but the counter attack came 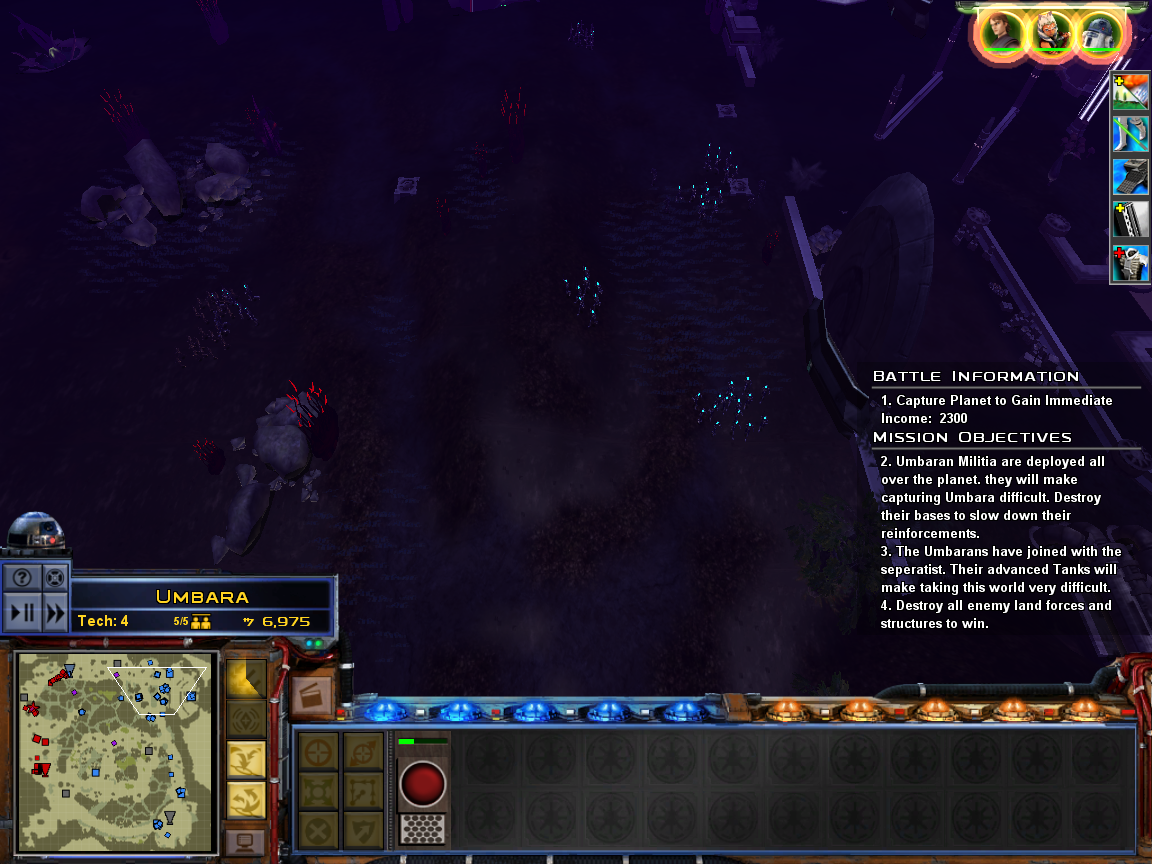 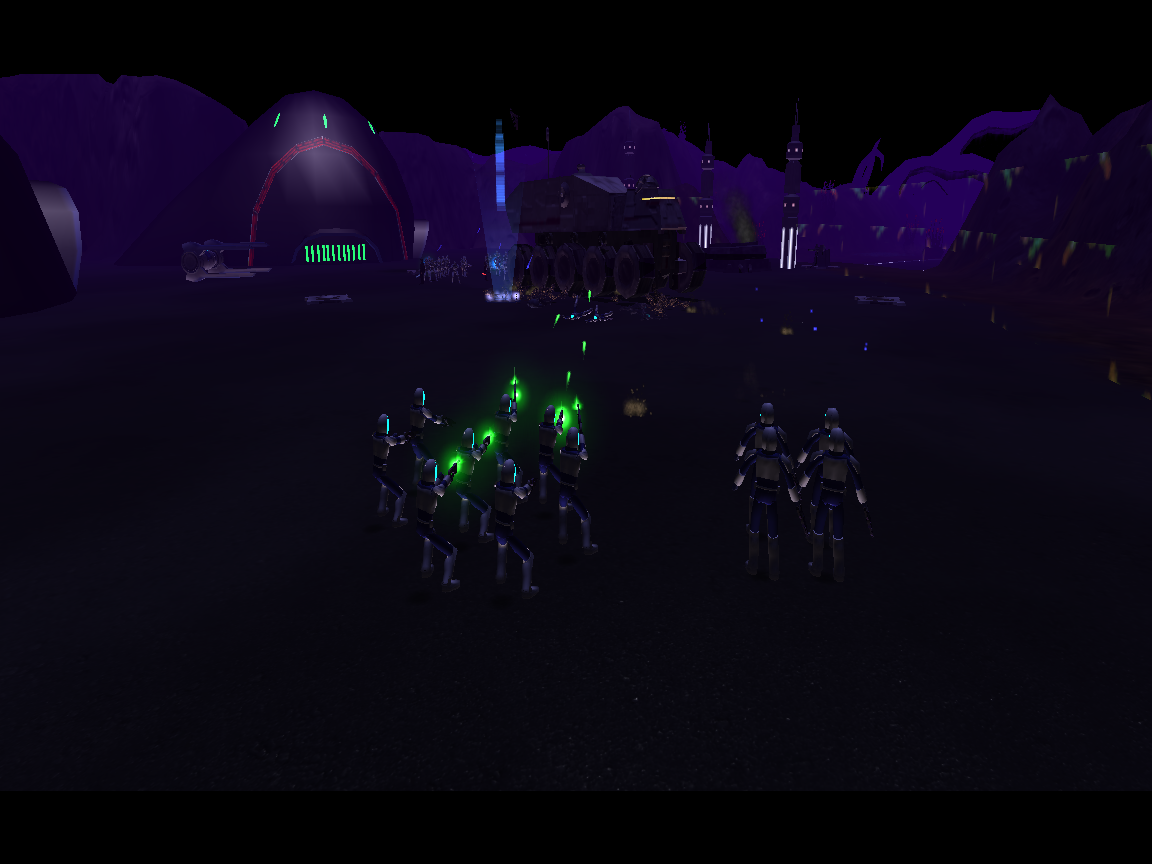 Results. The 501st got their ass handed to them.

Running out of bugs to fix and having fun play testing

I have renamed the original 4.0 release to demo. Full release is in development and is pretty far along.

Wanted to get you guys some content after such a long pause in development.

Hello Loyal Fans. This is the final Update before Release.

As promised I am giving you the fans the version of 4.0 that you all deserve. The Mod still has a few minor bugs but they are hardly worth withholding...

Sorry for the problem with the demo. I made a minor mistake with the installer, but everything is fine now! Enjoy the demo! The_Darker_Side

Were you not able to install the new test version of the mod because you had the steam version of FOC and didnt have instructions on how to install in...

This is the third edition of a total conversion mod, for Empire at War - Forces of Corruption, which I have compiled from various mods, addons and donors...

This a small patch, which adds some of the CIS symbols (not all), fix some bugs in skirmish and add a new Republic hero... There will be a new full version...

I don’t know if my game install was messed up or what, but when playing through galactic conquest I had a lot of issues. An enemy Durge hero being literally invincible, not even an orbital strike while being shot at with tons of clones would kill him. Many units seemed to move like they were on 2x speed but were not, just looked ridiculous. Spawning in to a ground defense battle on one planet, I had 0/10 units somehow and the ones displayed on the map weren’t selectable and were stuck in map geometry. With all these issues it just felt completely unplayable. I also don’t understand the decision to make clones individual units, it feels extremely clunky and hard to manage, and the game limits how many “groups” you can select so you end up not being able to even control all your units at once if you have a fairly sizable army.

The game stopped receiving updates so these problems will not have a patch to solve it, better try other clone wars mods

I think the mod is dead, mod dev Ozzy not been online for a year or so, and I'm part of the Mod group, there's been no activity in the mod group or it's Discord server for a year or so, so yeah, safe to say the mods done & dusted.

i hope it come back

Will this mod be developed further? Last post was a picture at the beginning of the year. Since then nothing more.

Thanks in advance for the answers. ^^

Hi, I tried downlaoding this mod but when I open it up everyone is in T pose animation and the textures are green. Have any idea what I might have done wrong?

Thank you for making and hosting the mod on moddb, unlike all the other troll mod makers that only host the mod on steam and then show off PICTURES OF updates and all the cool features on their moddb page (that contains NO ACTUAL MODS!) to torture everyone who can never play it here. Gog users are treated like second class citizens, it's pure evil, so THANK YOU for actually making an honest mod. GOD BLESS YOU.

Pretty nice mod, i noticed a few glitches here and there but a great mod to hold you in for the ultimate clone wars mod "Republic At War"