The galaxy is in chaos. While the Rebel Alliance struggles to throw off the oppression of the Empire, the Zann Consortium, Black Sun, and Desilijic kajidic struggle to turn a profit in the embroiled atmosphere. The Underworld factions clash to control the galaxy through illicit means, while the Alliance and Empire race to dominate. Will you aid an Underworld faction and become an underboss, or will you dominate the galaxy?
All new ships, units, projectiles, and abilities wait for the right commander.

Here is the chart I painstakingly constructed for your viewing pleasure: 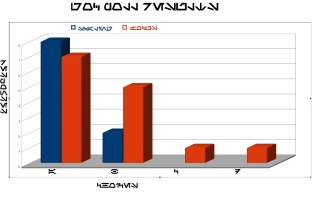 If you are unable to read Aurebesh (for shame), the blue represents the poll on scaling. Choice A (canon measurements) was voted as the most favorable option for the mod's many units.
The orange is a weighted (as in, everything is included) poll on the mod's focus; the most effort will be put into coding and balancing new and existing units, followed closely by introducing new game mechanics. Canon and completely off-the-handle changes are wanted, but not as wantonly as adding Warb_Null and EvilleJedi units.

What this means is that the next release, the .9, will be stable, but with a few new mechanics, not as well-anchored in canon, and with very small chance of this happening: 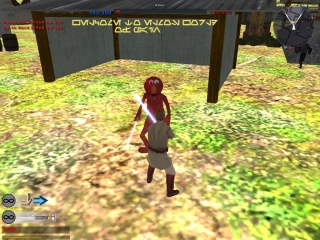 Unfortunately, I don't have many new pictures as I had hoped; when new bugs show up, its like being this Republic 'mudcrutch'. 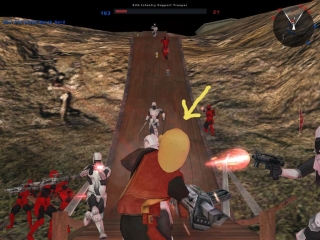 I havent posted a tech tree update in a while... so here it is, as of now.

Are we dead? NO! Just not as many people are here...

Just an overview of some of the new Imperial ships- and bugs. NOTE- click pics for full-sized versions at TinyPic. They wouldnt load fully here.

Sorry, this isnt the full deal, still have some bugs to work out...

This is a simple calculator used for the mod to balance units.

The patch to the .5 version- requires the beta to run. Ads GC, new textures, and two new units to the game. A few bugs still around, of course, but they...

Here it is. Go put on a new pair of pants before you download. Its not perfect, but it is certainly representative of the mod.

Basically, some of the new units on a background. For use for some awesome cool wallpapers.

Hello all! Progress has been pretty slow- but not halted. I wish I had updates but its mainly isolating existing problems and attempting to fix rather than add a bunch of stuff. Getting the AI to fight each other is going to be the next step. As for 32 bit compatibility... I know there are still a few icons that are being stubborn and only show as alpha layers, I believe I have replaced them. Thank you all for your patience and understanding.

Hello, i would like it if you could have 32* bit compalability. it has to do with the commandbar.(tga or mld, whatever it is) i think.

Nice to see work is still on going, this mod is one of my favorites, however after playing it alot iv noticed a new problem, at least for me, the ai never attack eachother, just my forces... They will fight over who gets to kill me but thats about it. (as in if empire has forces in space over my planet rebels will kill em to get to my base but thats as far as they go) If anyone knows how to fix this pls let me know.

Im still working on the mod, in case anyone thought i disappeared...

Results of the polling to be posted today

And i will be unable to deliver on that promise as adding the new units has caused some galactic conquest bugs, disallowing good quality screens

Thx for the help, i followed your advice and now the trandoshans and mandos work. However, while testing each faction i noticed that the Desilijic forces can only conquer planets using autobattle, because if you try to acualy fight the battle your starting control point isnt your starting control point, you just dont get one as desilijic, wich is annoying because that means i can only fight land battles as them when defending, never offensivly, does anyone know how i can fix this?

Thats fixed in my code- you have to edit Markers.xml, make sure that each faction has a landing zone and that the animations are included in each.
The sub anims for the marker set i have should be pirates=6, Desilijic=7. In the latest release, theyre still neutral.