Black Mesa: Uplink is the recreation of the Half-Life demo (HL: Uplink) released by Valve in early 1999. The demo featured content that was scrapped from the original storyline. Some might consider it canon with the story, others don't. What matters though, is that many people enjoyed this short episode and that's the reason why I created Uplink for Black Mesa, the long awaited Half-Life remake for the Source Engine.

Black Mesa Uplink was released in december 2012 for the MOD version of Black Mesa. You can download it for free, along with the Source SDK Base 2007 (also free on Steam). You can grab this old version from the files section!

I'm currently working on a new version of Uplink (Uplink: Redux) for the Steam version of Black Mesa, which will feature upgraded graphics and new content!

It's been a while since any news was posted here, so I thought I'd keep you all in the loop on what is going on. Normally I would come with new media every few months but to jump right in: there is nothing new to show. And here is why:

Over the last two years I've been having health issues and they have grown worse over the last months to a point where I can't sit in front of a screen longer than an hour. On good days I can extend that time a little and on bad days I'm plagued with terrible headaches throughout the entire day. As you might expect, this leaves little room for serious dedication to developing a MOD such as BM:Uplink.

Back when I started with the remake of my MOD, I really wanted to push myself and deliver something far more awesome than the 2012 version but this takes a huge effort, lots and lots of hours of designing, redesigning and nitpicking which I'm just not capable of at the moment. I'm still doing some design work for a simple Goldsrc project but there is a far less pressure riding on that, than on BM:Uplink.

So, I'm officially putting the MOD on hiatus. I can't estimate when or if I'll be able to come back to it, since my situation isn't improving much. Let's hope 2020 has something good in stock for me and I'll be able to at least play Black Mesa: Xen when it's finally done. I was thrilled at announcement of HL:Alyx too but I had to realise that wearing VR gear will not be good for me now.

Anyway, thanks for reading and if you like my work (and if you haven't played it yet), be sure to check out Half-Life: Anti-Climax, which I released last May. 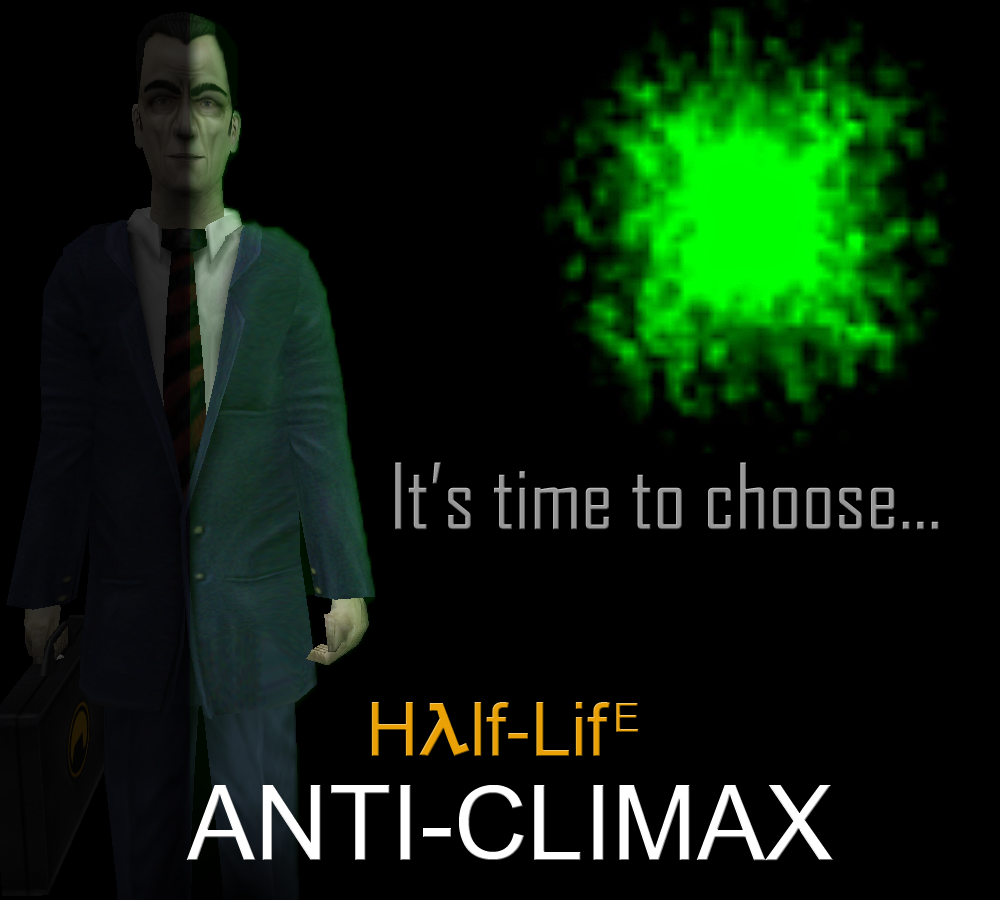 It has been a few months since the last update, where I showed you the WIP shots from the transmitter dome. Today we'll be revisiting some earlier parts...

Today's post will be a bit different than you'd normally expect, since I'll be posting some not-polished WIP shots and talk you through on some of the...

With 2018 just around the corner, I'm giving you a look at new screenshots from the Redux version of Black Mesa Uplink! Today I'm reviewing the new area...

New screenshots of the development of Black Mesa Uplink: Redux!

The MOD version of Black Mesa: Uplink (version 1.0) - ZIP archived version. [WILL NOT WORK ON STEAM VERSION OF BLACK MESA!]

The release version of Black Mesa: Uplink (version 1.0) - Installer EXE version. [THIS VERSION WILL NOT WORK WITH THE STEAM VERSION OF BLACK MESA)

Is this the same as the "Further Data" mod? I'm a bit confused.

Both this and Further Data are the "reimaginings" of HL Uplink and both of them use BM assets ....but BMU is being made by Hezus and FD was made by Crypt, they are separate projects

Hey man, how you doing? I hope you're fine.

What's the status of this mod? Are you still working on it, or you have abandoned it after the release of Further Data? I really hope you didn't abandon it, i'm still waiting to re-play your mod once again as soon as you finish it to work with latest BM version.

Hi. How are you doing?

Why Bolloxed can run this mod with steam version of the game?

Hey man, i saw you have sent a complaint to TheTank20 in Steam about your mod. There was some wacky rumors that you've abandoned your work. I hope all of those are lies and i really hope you are okay. I am following your project since first Black Mesa's release in 2012 and would love to re-play Uplink as a Redux version.

I'm slowly getting better so I might pick this project up again at some point but it's still going to take a while. But I've not abandoned this MOD, so it's not dead and neither am I.

It's a bit concerning how certain people try to steal my stuff the minute they believe I'm dead, though. Just because it's free content, doesn't mean you are free to do with it as you please.

Hi, I've just stumbled across this mod, I haven't played it yet but it would be great if it found its way to Steam.. I would gladly buy it as a stand-alone game into the library if it's not possible to incorporate it into Black Mesa. Do you have such plans? I also hope and wish you to get better. I, too, work behind the computer all day, so I am with you ;) And thank you for this endeavour – I have such fond memories playing Uplink twenty years ago.. I can't wait to play it again.

Glad to hear it, get well soon

I hope that this will be available for Steam too. I've tried to do a port for the meantime (although not really good). Because of the complaint, I had to delete it from ModDB and the Steam Workshop.

Awesome for a remake of a demo.

In The Bad Hour Black Mesa