Taking place in Interbellum, this is a story about the previously untold fight between GDI and tiberium, and about the world where Nod rebels incessantly fight each other tearing poor yellow zones apart, and the Forgotten retreat for a reason known only to them. Tiberium Tale aims to add new units, some balance changes, and also introduce the so-called RCS (Realistic Combat System) to C&C2:TS.

Common Version for those who have problems running TibTale.exe: Moddb.com
Unique Version with its own TibTale.exe file to run the mod: Moddb.com

The final 1.0 release of Tiberium Tale

The final 1.0 release of Tiberium Tale. Brotherhood of Nod gets mobile versions of base defences and barracks, as a measure to balance the gameplay, because GDI has (added in the 0.19 release) heavy base defences - GDI Fortress Tower upgrades. That's why Nod gets something to step up its mobility. 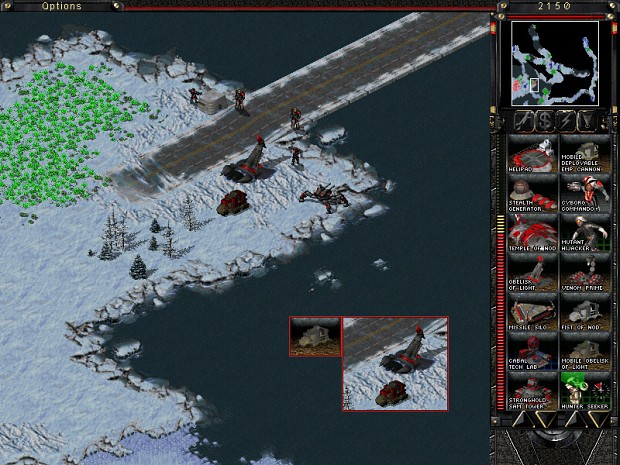 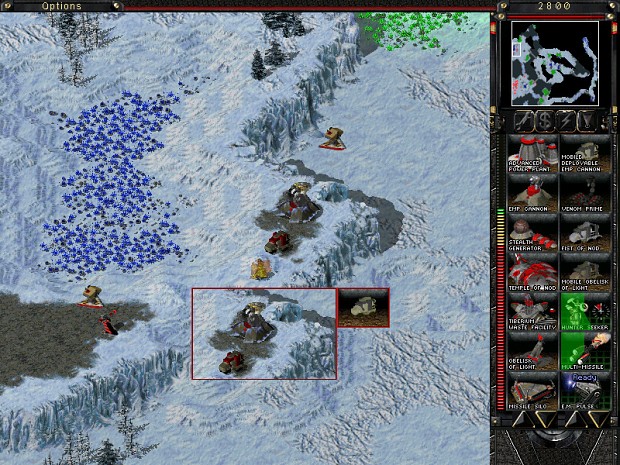 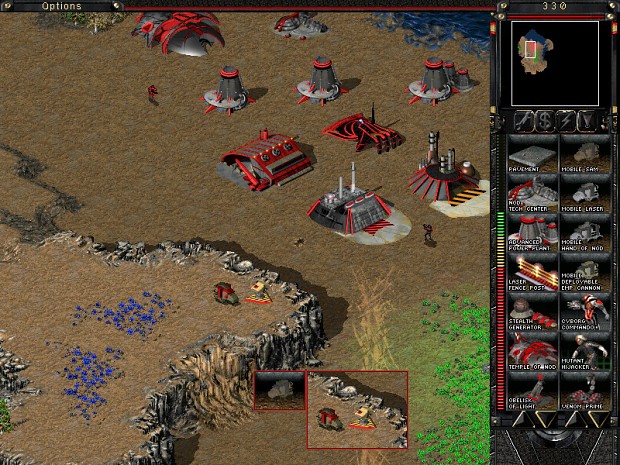 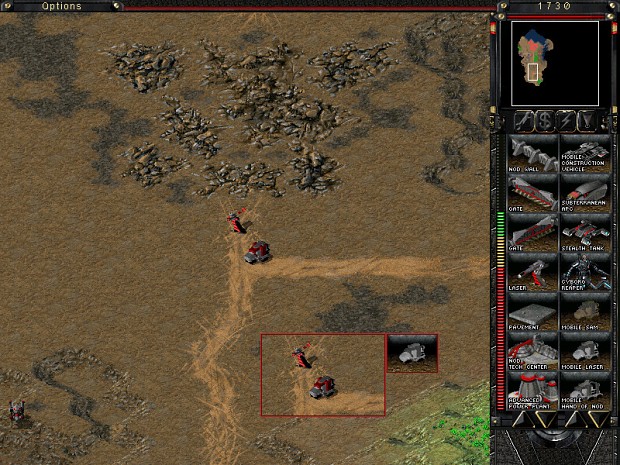 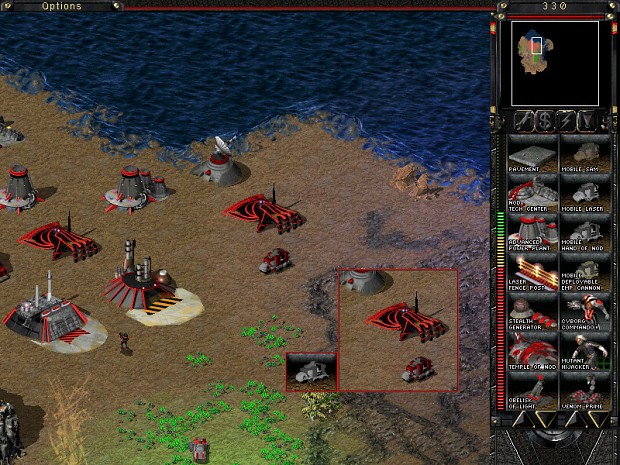 General and properties
All of them are 50% more expensive than their stationary counterparts, for example Hand of Nod costs 300 credits while Mobile Hand of Nod is priced at 450 credits. None of them requires power or is powered, they're self-sufficient and ready to deploy and undeploy whenever you wish.

You can get Mobile Laser and SAM at the start of the game. Also, mobile EMP, Laser, SAM and Obelisk can be found in crate goodies too.

Tactics
Especially low cost mobile versions of Laser, SAM and Hand of Nod can prove to be useful - they're cheap and can be set up anywhere as a quick outpost.

Tiberium Tale: Evolution got a new black skin! Also there's a bit important update of the mod content - CABAL joins the ranks of the Brotherhood!

The state of tiberium universe after Firestorm expansion.

Features: what will be and what won't be, general guidelines & objectives of the mod.

Without its own mod .exe file for those who have problems running TibTale.exe file. || Features. Final version 1.0, Nod gets mobile versions of Hand of...

Unique version of the mod, doesn't overwrite your original game files. Those who have problems running TibTale.exe file may download Common Version instead...

The source files of the latest version of Tiberium Tale - at least the version worked on the last time (about 11 months ago). "ALL_tpls" folder contains...

was there a campaign included with this mod? because in the description of it you spoken as if was added a new campaign also with a whole new story

Does this mod had a campaign of it's own or not?

just says "please insert a Tiberium Sun CD into CD rom drive I did nothing happens when i click ok message repeats...

Did you try unique or common version of the mod?

Is this mod dead or being worked on?

No new versions are planned, thou. So according to your dictionary this mod would be "dead".

I have a message "fail to initialize.please reinstall" after launching Tibtale.exe.What's wrong?

You got TS in the wrong folder, you are using the free downloaded one aye? Then put it into Your Documents folder and if that does not work put it on your C drive.

I tried and nothing works, when i reinstall my tiberian sun games on here it says they were not found, the only mod that works for me is the dawn of the tiberium age one and i really want this one. WHATS WRONNNNNNNG!!!!