Bringing back to life Swadian Interregnum 1387! improved version with Tocan's Calradia as base mod(lots of good features include and will be added).

The story line of the mod(from the original mod):

The year is 1387. 130 years have passed since the reign of King Harlaus I, and his last heir, Harlaus IV, has met an untimely death. With no heirs himself, Harlaus IV has left the Kingdom of Swadia with no clear line of succession. The great lords of Swadia now stake their own claims to the throne and declare themselves rightful King of Swadia whilst declaring war on other "pretenders." The fate of Swadia is clouded in the fog of war, politics, and treachery. Will you support one of the lords in his bid for the throne? Or take advantage of the situation and seek to claim the crown for your own?

Will contain the 6 factions in Swadia and each will have different color base on their uniforms, also specialization(for example: crossbow, longbow,knights,foot-knight etc..)

Factions
Duchy of Praven - The most powerful faction, seated in the northwest of the map.
Duchy of Dhirim - A wealthy Duchy in the east. One of the original 4 powerful Duchies in Swadia.
Duchy of Uxkhal- A rich trading town at the source of the river seperating Swadia from old Rhodok lands.
Duchy of Bruen- A relatively new, booming town made wealthy from the riches in the sea trade from far away lands.
Duchy of Lumbar- A small Duchy nestled along the banks of the Swadian River. A natural rival to Uxkhal in the River trade.
Duchy of Kalberl- Ruled by the capital city far to the north east, this Duchy profits from trade with the exotic lands of the Vaegir and Khergit..

Will contain the same map of Swadia with minor tweaks:

Go to the "Images" section to see more showcase. 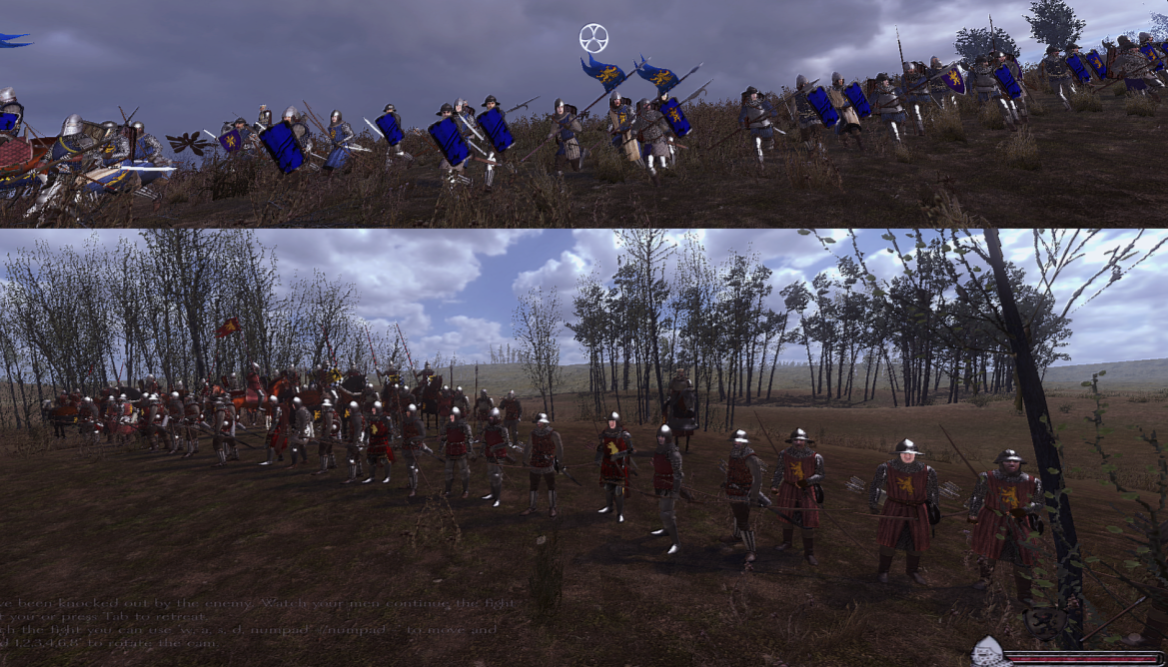 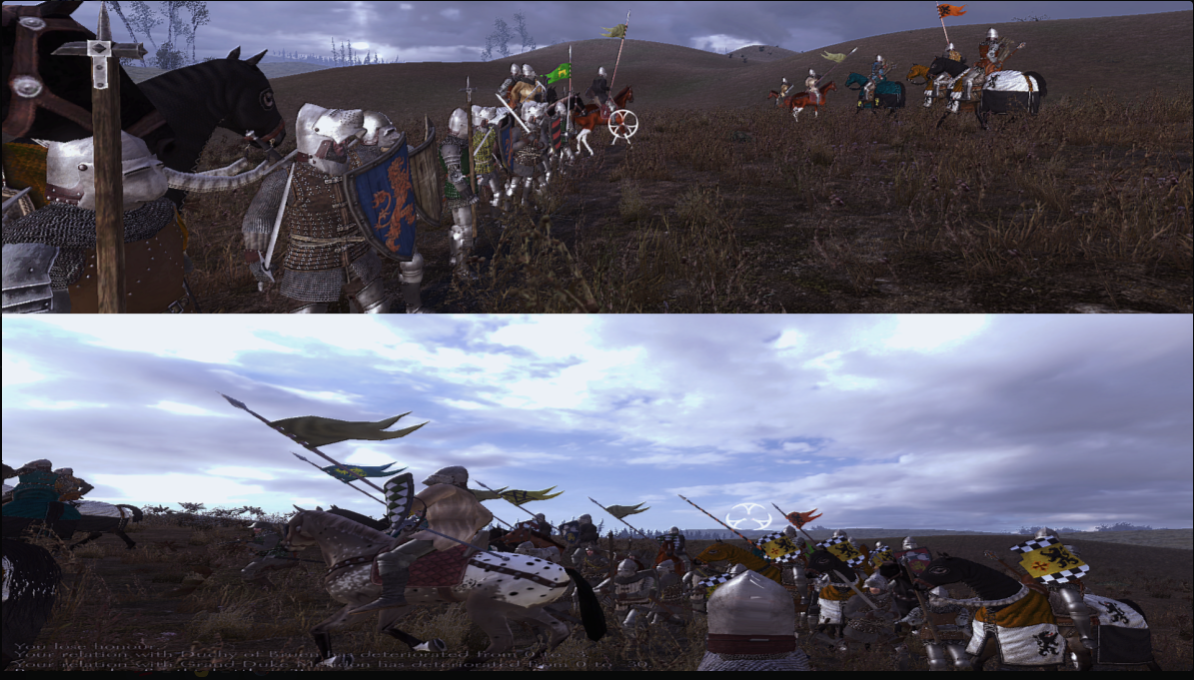 Welcome to the 1.1 new version of the mod!

Welcome to the 1.0 full version of the mod!

Welcome to BetaV0.9 of the mod, the last Beta(0.8) was published in the Discord server, this second published version is still not the full mod, thats...

Is there a version of this mod that doesn't have ****** props littering every ******* map? I can't count how many times I've gotten lanced just because my horse has run into invisible walls between trees, invisible walls surrounding cow skulls/skeletons

Imagine putting your ******* name on this mod as if it's something to be proud of. It's poorly optimized, poorly balanced, poorly designed schlock. Artificial difficulty runs rampant if you don't play as Praven. Sieges are terribly designed. Non-stop bandit-faction spawns destroy FPS (high end system BTW).... Just ******* LOL and again... imagine putting your name on this as if you're proud of it.

i having trouble getting into the game

oh dude and also please change the "sea raider landing" to have actual hood bandits in it instead of nord huscarls because they are very very OP... I have a whole team of companions with high tier armor and weapons along with myself (60+ body and head armor) and we lose almost every time... mind you Im actually really good at this game too XD lmao... please think about it mate and thank you for creating this amazing mod yet again!!

please make a patch or something that stops like 1000 bandit camps from spawning everywhere... or at least limit the amount of parties that can be on the map at once, on the world map I lag so bad its hard to get anywhere and I dont even have a problem running mods like viking conquest or ACOK. This mod is amazing other then that Im in love!

Damn, this mod is hard as hell. Is this meant to be a hard start mod? Other than that it just some polish to the mod. Some of the face texture have a glow and one of the towns have shrubbery in the entrance. If it weren't for winning two tourneys at lvl 1 I would not have made any progress. Great mod regardless, keep it up.

Could you add in formations or rows?

formations are in the mod. press f4 in combat to get to them