What Windows are you using? 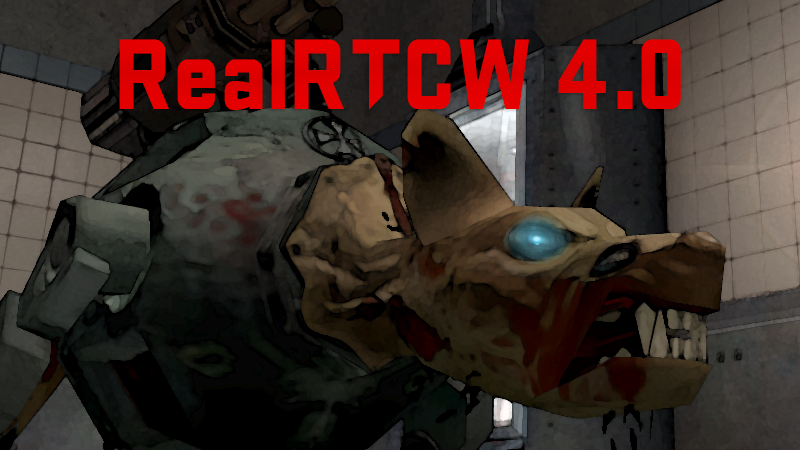 Today marks the 15th Anniversary of original RTCW release on Steam. And on this day we decided to unleash the new massive update for RealRTCW.

The main focus of RealRTCW 4.0 - is polishing, adding QOL features and fixing bugs. Where is it coming from?

3.0 versions showed their lack of stability when it comes to handling big addons like "The Victors" or "Enemy Territory: Single Player" - crashes, fps drops, overall instability.

With that in mind I decided to sit down and take a closer look at my work and see if I can optimize it to the max. So, what's new in 4.0?

A new highly customizable HUD made by William_Faure is definitely a gem along 4.0 changes.

Health/Armor values can be displayed with bars/digits/both. Stamina bar, diary notifications, ammo and weapon iconcs can be removed entirely and separately!

In addition to the new HUD - I reorganized all menus to make them easier to navigate and change needed options. A lot of previously missing options were added too! 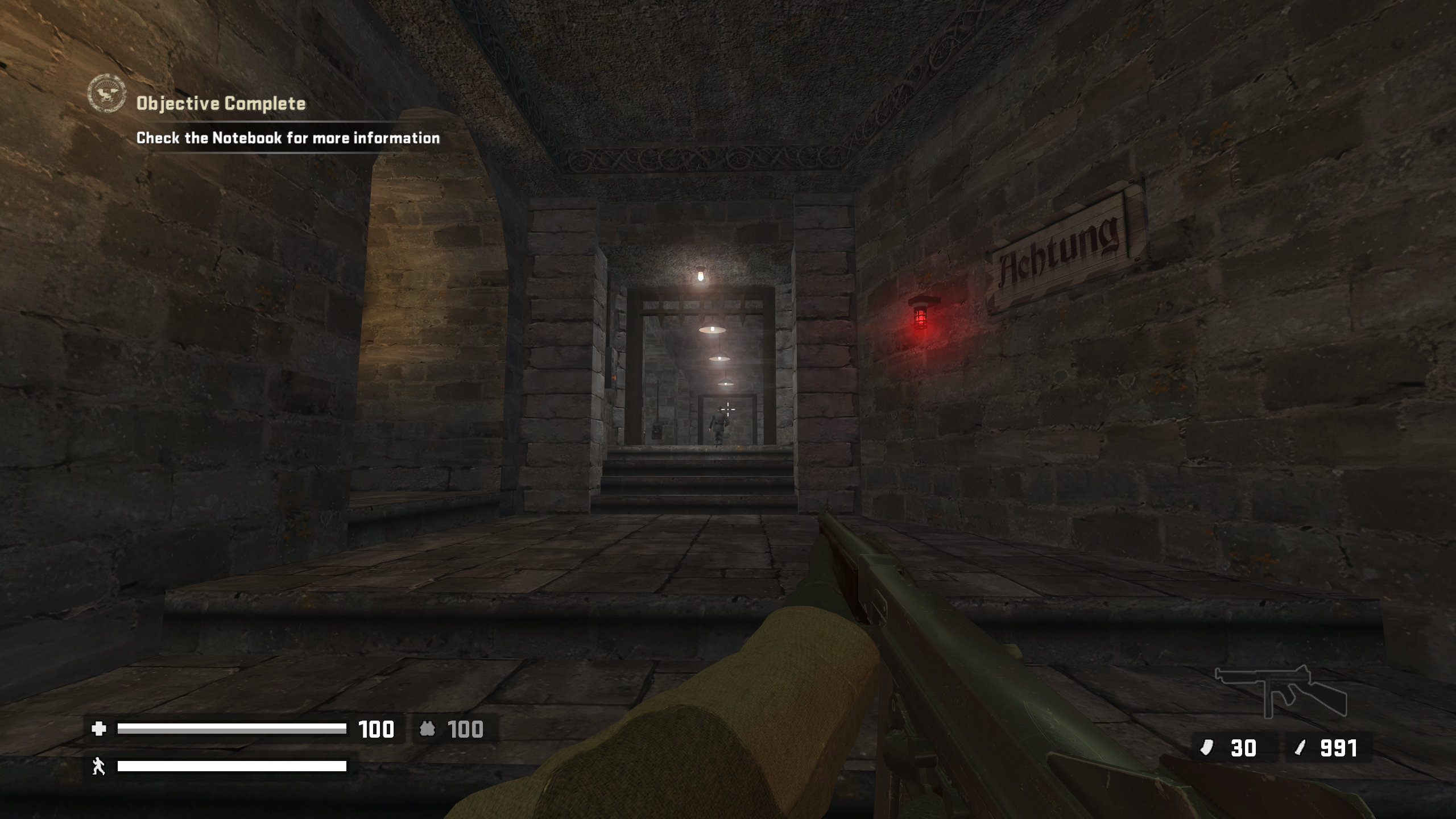 Exclusive console enemies - Occult Priests and X-Shepherds are making their entrance in RealRTCW 4.0.

In addition to that Yoshik also provided a fantastic German Shepherd model - so prepare to meet those in the game too! New enemies are optional and can be turned off/on separately through the menu. 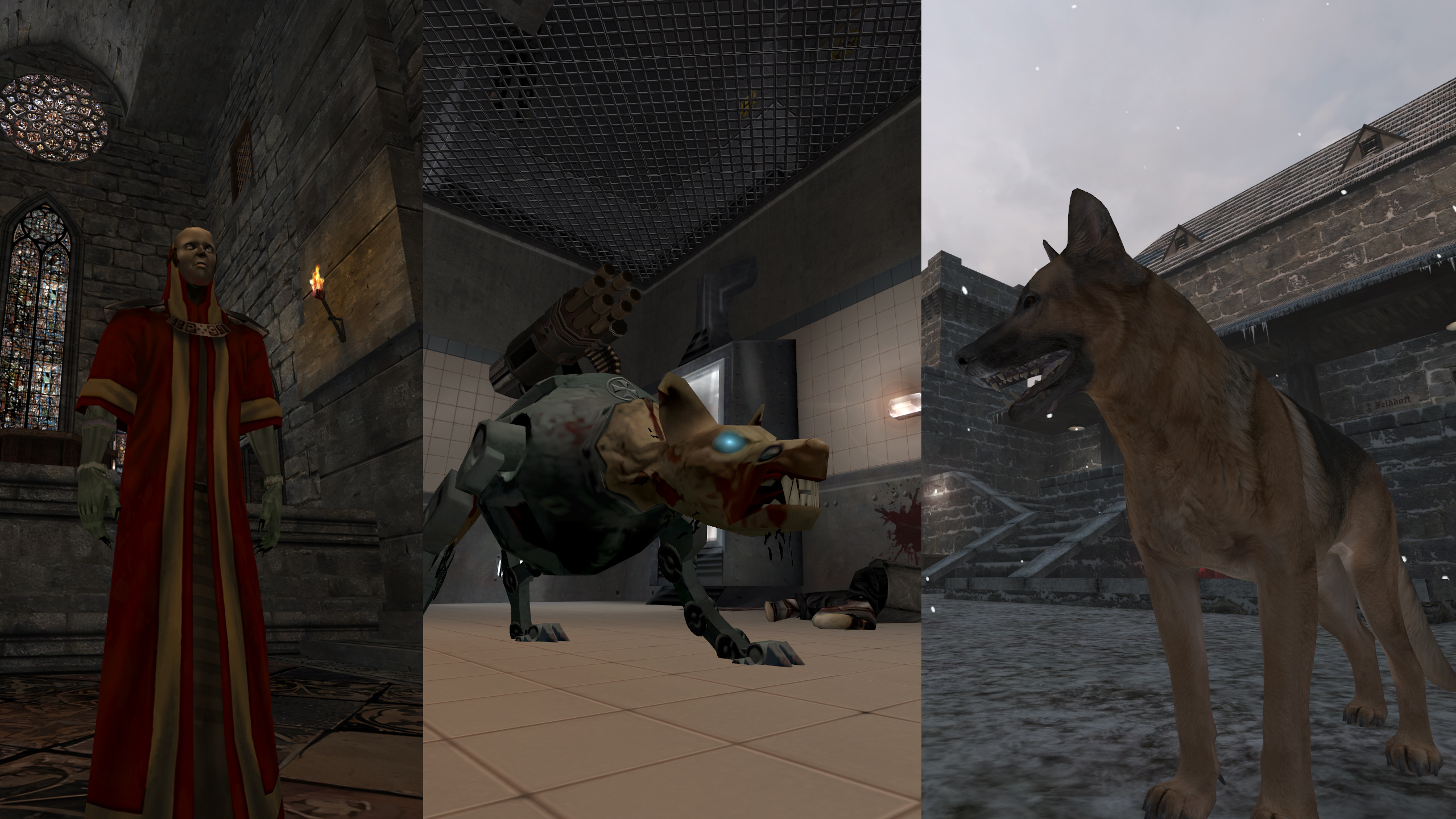 Yet another part of missing console content is now available on PC.

Now, finding the secret areas is not entirely pointless. Because you will recieve specific set of rewards for finding ALL secrets on the specific level.

Rewards system is optional and can be turned off if you prefer classic PC experience. 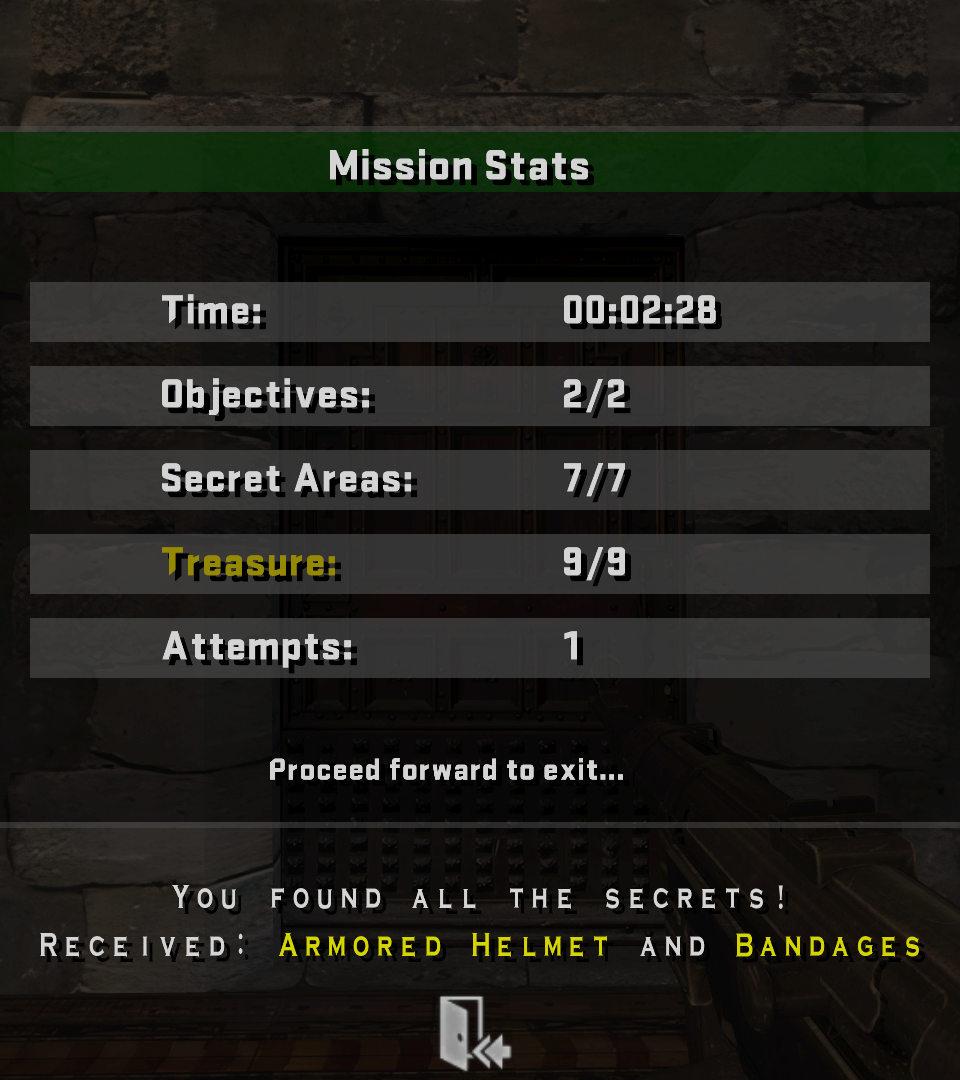 In RealRTCW 4.0 I decided to finalize all of my High Definition weapon models efforts.

And some weapons like PPSH, TT33, Mosin and Snooper received new models.

You can look at the final result in the video below:

99% of the pickup items models were replaced with new High Quality ones.

This includes food, ammo pouches and boxes and inventory items. 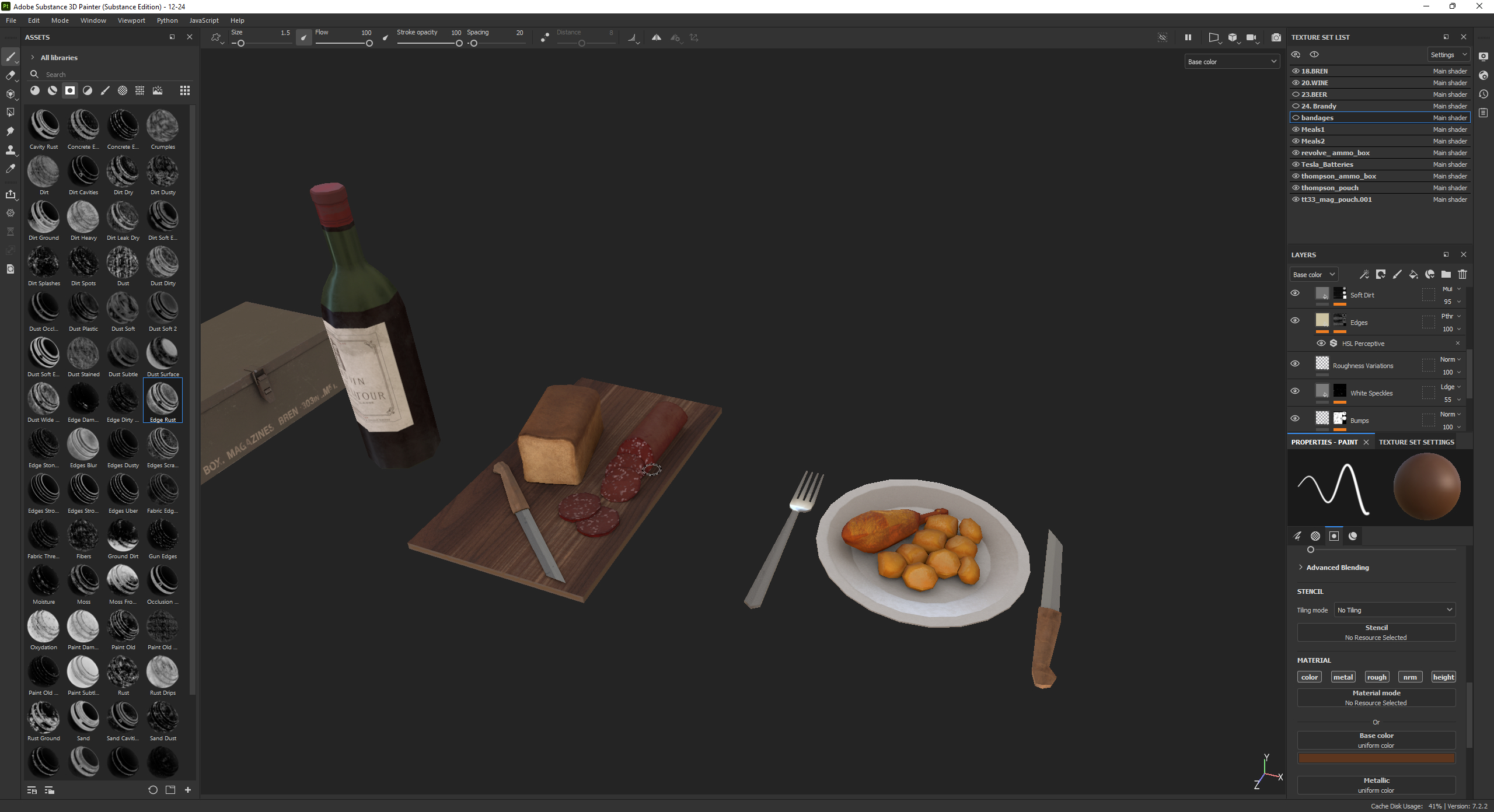 You can now switch between three types of arsenal:

Wanna spice it up with increased amount of enemies? Go ahead and try new "Additional enemies" option. You can set it to "more" or "even more" enemies values.

In RealRTCW 4.0 I decided to make modding more accessible for the casual players.
Let's say, you don't like the balance. Maybe StG44 is too strong? Or lopers are too tough for your taste?

With the introduction of .weap and .aidefaults files - you can easily change weapon parameters and AI attributes by simply editing text files! No editing and compiling source code!

Take a peak into z_zzrealrtcw_scripts.pk3 and see by yourself! .pk3 can be opened with any .zip archiver.

In addition to that AI attributes like accuracy, health, reaction time, etc. are now randomized in certain range, depening on the difficulty level. So every walkthrough will be unique in a way. Ranges can be defined in .aidefaults as well.

In addition to the English and Russian versions - French and Ukrainian translations are now available!

All translations were made with the usage of improved key-value based system, which allows translators to easily translate the game by simply editing text files! All files what you need to localize are now located in z_realrtcw_localization.pk3

If you wanna translate RealRTCW to your language - go ahead and contact me if you need any help.

RealRTCW 4.0 fixed a whole heap of long-present bugs.
Just take a look at the list:

And I guess this is it. There is still a few misc features I didn't mentioned. If you want - you can check out the full changelog on Steam Forums

Here is the short summary of Return to Castle Wolfenstein 20th Anniversary Event!

RealRTCW 3.1 is now available on both Steam and ModDB!

RealRTCW is coming to Steam!

Lite version of RealRTCW 3.0 - no addons, one HD pack.

does this support the GoG version and windows 7? it crashes everytime i quick load

I can see REALRTCW with coop option on steam but not when downloaded directly from MODDB. Can I add coop to realrtcw?

Hello again, the 4.0 version is fantastic! The Tides of War enemies in addition to being able to increase enemy count adds a new layer of difficulty to the game, and the extended options for customization round out the mod very well. I've run into a bug, however. On the level Boss2, the Super Soldier boss has been killed, but the door he started in front of did not open, barring level progression. Is there a quick fix to this, or will it need to be addressed with a patch? Thanks again for bringing us a revitalized experience of the game!

Hello! Yes, I am aware of boss2 bug. Will be fixed in the next hotfix update.

Very good mod! The additional weapons and the awesome ports from Wolfenstein: Enemy Territory make a various and funny gameplay!! Recomended to all skilled players of Rtcw, you can not get bored with new AI.