1257, 20 years already passed since the disappearance of the emperor, the former empire is dying and its capital is about to fall, overwhelmed by the new power of Pravar.

The war still raging between the Principality of Borovod and the young Kingdom of Hadvog for the control of the vast North.

In the south,the sultan is determined, with the help of the Imifir Confederation to regain its territories lost during the Wyu invasion...

- New campaign map.
- New factions.
- Troops and fighting tactics specific to each culture.
- New "Main" quests (WIP)
- New way to recruit and upgrade your troops.
- More difficult to establish your own kingdom.
- Ability to join any battle at any side.
- Big change in the mechanisms of freed prisoners.
- No more mix between troops of different kingdoms.
- Manual looting.
- Companion are now more difficult to find
- New recruitment system for AI lords
- A lot of new items, scenes, music tracks ...

This mod is still a work in progress, it may contain bugs and unfinished features. So don't expect anything properly playable before Version 1.0

To track the mod's progress and discuss about it, visit the official forum :

Player/Paysan troops tree and unit upgrade (v0.4), How to :

This is now outdated (updating for v0.5 soon) 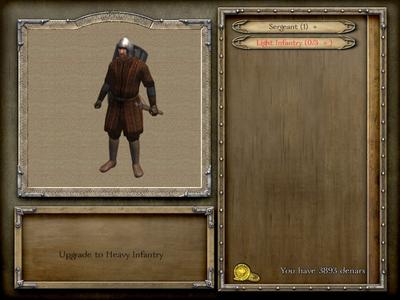 This is mainly a bugs fix version (with some reworked items and new parties).

A fantasy late medieval mod for Mount and Blade : Warband

Is there a guide for the game ? I remember an old version with the main quest from the get go to become lord of your own realm but not sure if it was keep or not.

Is this mod still being worked on? Just curious

how do you start any quest

how do you activate the other quests for Pravan and the other factions besides Dirim?

There are only two other quests, The Phoenix quest (the one started by visiting the ruins) and the Pravar quest that is almost abandoned (you can start it by helping Pravar in battles...).

Ok, where I can find that ruins?

can I translate your mod into Chinese,and introduce it to CN players?Many Chinese players want to play this mod, but they have lost a lot of fun because of language barriers.

Of course you can, it's open source anyway, thank you.

Thank you very much！

I want to see this go full version!