Return to Castle Wolfenstein is built on the awesome Quake 3 Arena engine by the id Software team. The game itself is loosly based on World War II seeing the Axis and Allies do battle.

The games flawless attention to detail, fluid multiplayer and single player gameplay means that it has already been modded a great deal! These mod's do not let this game down either adding to it's wonderful single player campaign and also creating new multiplayer environments which see's this somewhat arcade war simulation taken to the next level in excitement...

now get this damn game and load up some mods because it ROCKS!

Since Tuesday, Wolfenstein: Enemy Territory Cooperative is available to download for free on Steam, and here on Mod DB, to celebrate Return to Castle Wolfenstein's 20th anniversary - in Europe this time.

Compatible with both cooperative ports of Return to Castle Wolfenstein (RTCWCoop and RealRTCWCoop), the Mod DB version comes with an installer - allowing you to select which addons you want, among other things.

Exclusively compatible with RealRTCWCoop, the modified version of RTCWCoop related to Return to Castle Wolfenstein free remaster RealRTCW, the Steam version can be subscribed to (downloaded) from said remaster's Steam Workshop - and it comes with an installer - allowing you to select which addons you want, with all maps and compatible addons pre-installed: Enemy Territory User Interface, Wolfenstein 2009 Sounds, and European Style (optional). 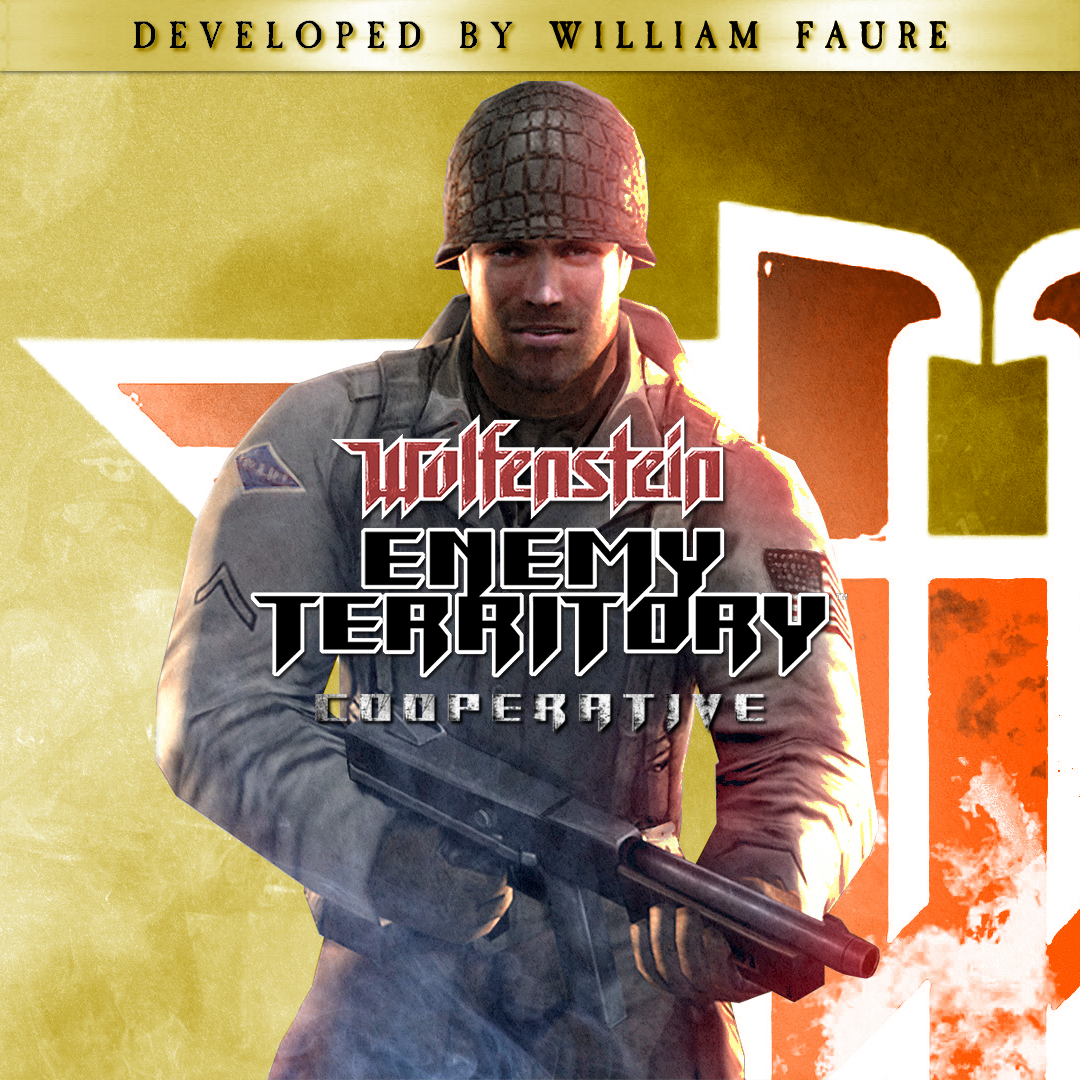 My mods are always very story-driven, and Wolfenstein: Enemy Territory Single-Player & Cooperative is no exception. While it's not as much cinematic as my previous Return To Castle Wolfenstein mod, The Dark Army: Uprising, it's intended: due to feedback from the community, and in order to respect the original material as much as possible, dialogue/story is occurring in real-time. A pretty effective change that also did not prevent me from writing more than 200 lines of dialogue for this mod; a concept which will be carried onto my future projects related to this game.

Speaking of the voiceover, I will be releasing a Q&A Interview of all involved voice actors in the coming weeks. They've been doing such outstanding work in the past few months, and I want them to have the spotlight. You'll be learning more about these unseen heroes who voiced your heroic allies. Stay tuned.

2021 Mod of the Year Awards nomination

The yearly Mod of the Year Awards have recently started, and as such you can now vote and help Wolfenstein: Enemy Territory Single-Player & Cooperative on its quest to become the 2021 Mod of the Year.

Every vote counts, especially for mods related to such old shooters. For example, 5 years ago, in 2016, The Dark Army: Uprising - another mod of mine - became the first Return to Castle Wolfenstein mod to ever reach Top 100 during the Mods of the Year Awards, and that was happening for Return to Castle Wolfenstein's 15th anniversary. And with its remastered release last year, it did it again. And it's all thanks to the community.

So please go ahead and throw a vote, fellow WolfPlayers.

As you may know, I have a Patreon account for my modding activities. My mods are released for free - always have been, and always will be - so those who are/will be kind enough to donate (aka become my patron) will be getting in-game goodies as well early access to demos and/or full versions of my current and future projects, depending of which tier they've subscribed to (subscriptions ranging from 3-5 EUR), and of course that includes Wolfenstein: Enemy Territory Single-Player & Cooperative and its future expansions.

Here is the short summary of Return to Castle Wolfenstein 20th Anniversary Event!

Time has finally come, WolfPlayers. Since Friday, Wolfenstein: Enemy Territory Single-Player is available to download for free on Steam, and here on Mod...

Castle Gothicstein DEMO - is the conceptual demonstration of new RtCW aesthetic by WolfPlayer & AidenDemon. It doesn't final version of mod yet, and we...

Research by German scientists and archaeologists leads to unexpected and dangerous discoveries. As a resistance fighter in the rear, you are tasked with...

is there any source port or mod that fixes the old ingame stencil shadows? (\cg_shadows 2) since sadly on vanilla game and other ports the shadows still appear broken.

you can try these. not many active source ports from what i can tell. but, these two are i think are source ports?

Thanks for this amazing compilation of mods and the upgrades to so many things. It's awesome to have it in one package.

I was just wondering is it possible to toggle between the old and new weapon models? The new ones are definitely more "advanced" than the original ones, but the nostalgic feels of "how it was when I was 6 years old and played this" sometimes craves for that vanilla look. Is there any way to just have the visual side, especially for weapon models, look like it did in 2001 when it was released?

why is devil manor 1 not included?

Can someone make me a Mod? I would really love to have a Elite Hans Mod! :D and a Return to Castle Wolfstone Mod too^^ that would be really nice! i really love Elite Hans!

Also are there some Wolfenstein Mods who the Germans are playable?

Sorry for my bad english

Make your own. Are you weak?

there is a wolfenstein enemy territory single player add on being made.

been thinking of reinstalling my old cd with RTCW :P :D But q is, does it work with windoze 8.1 then? Neither FC nor Doom3 is working properly......

Make sure you delete the GL dll files inside the games installation, those are dated and make the graphics run badly to the point of making the game unplayable. The game will then default to the GL dll files in the computer system. Also you should download the official patches along with the unofficial widescreen patch by Knightmare.