I didn't have time for a year, that I improve my mod and add new things, but now I start developing. I have a lot of ideas and I will show you some pictures in future. I can't write a release date. It will be 1.5 full version. And I will try fix mod's issue and bugs. I will make two version. First version will be 1.5 full version and the second a hard version. the hard version will be released later than the other. So I returned and Wars of Calradia mod's development is not dead.

Information about the mod:

My mod is a big single-player mod pack. The basic mod is Tocans Calradia (not my creating, here you can find it: Nexusmods.com), beacause this mod include so many features, that I like and I add new things. I m not programmer and I cant create texture so I used other mods :

from Tocans Calradia (not my creating):

- reduced lord defecting
- always choose side when joining battles
- the player can end his mercenary contract by speaking to liege
- bonus for player (+ai) troop size in case you are king, marshall and/or hold fiefs
- towns & villages prosperities tuned | fief income/rents changes [to make defending it worth]
- village raids can be aborted | access on inventory during a siege
- the player can besiege castles with neutral relations
- cattle follow player ;-)
- mercenaries now cost 25% more than normal troops [native's 50% are not justified]
- more mercenaries in taverns
- ammo for ranged weapons +4 [to make throwing skill something worth]
- 40% chance to capture an enemy [instead native's 30%]
- tournament win changes [increased bet amount,xp win + relation win]
- prisoner management -> 10/skillpoint [(instead 5) to make it something worth]
- building time 1/2 faster
- the player can always ask the guild master for a new quest
- increased the needed renown to got in service as a vassal [200 instead 150]
- a school increases the loyalty of the villagers to you by +1 every week instead every month
- increased the goods merchants available money

they were helping the tocans of creator:

-Every kingdom got strong royal guardsman. The player cant recruit Royal guardsman, but player can release prisoners from bandit. The guardsmen are more expensive as the nomal elit soldiers but very strong. 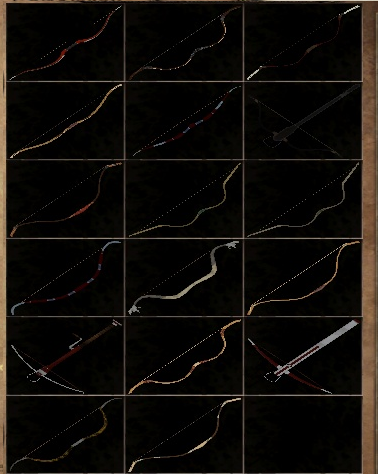 - new landscape from lot of mods (not only polished landscape) 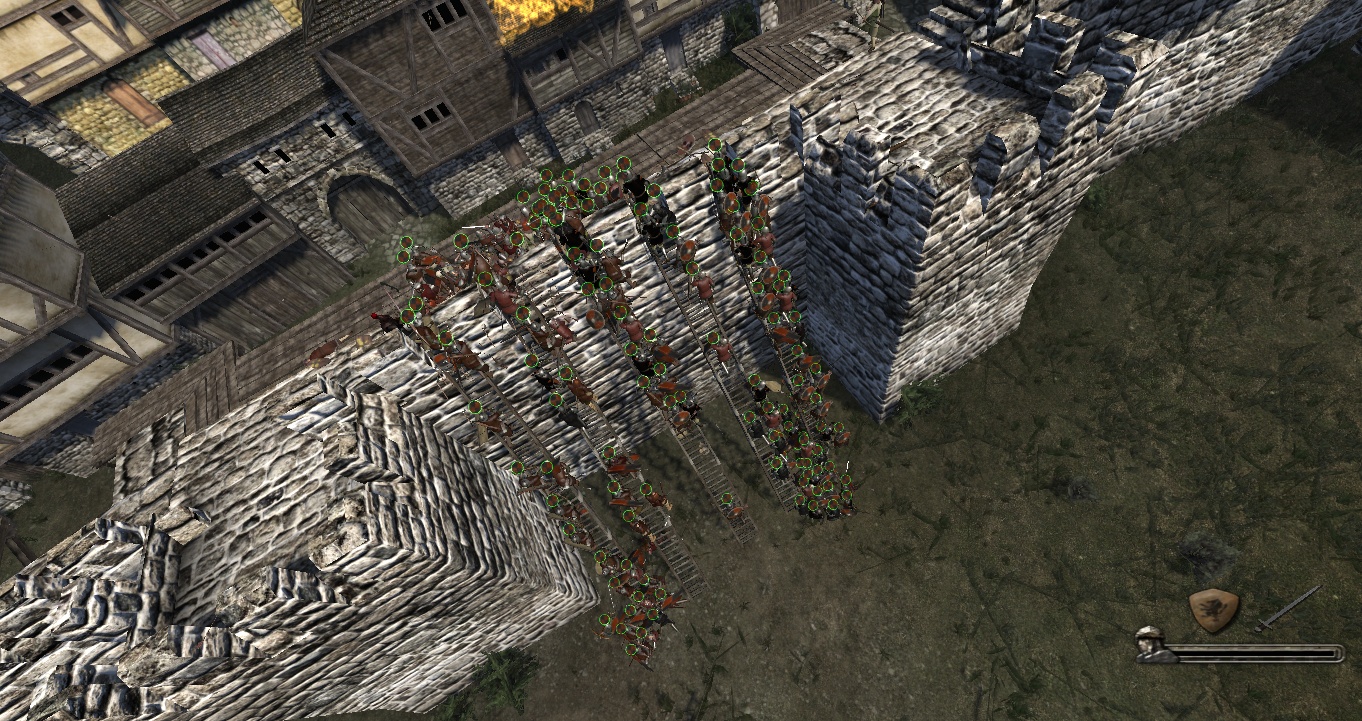 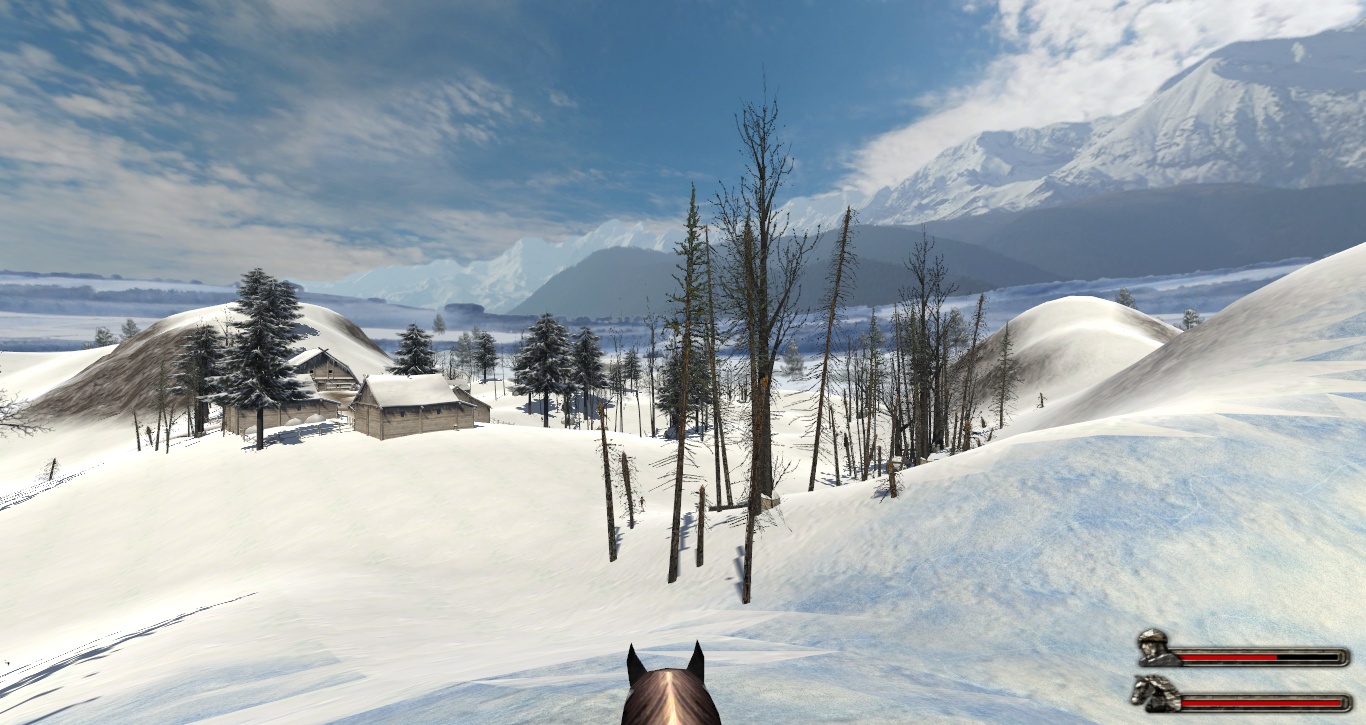 -better moral system, the player have to not every day fight with big army, that the moral is not decrease.

- the many towns and castles got new sceneojt 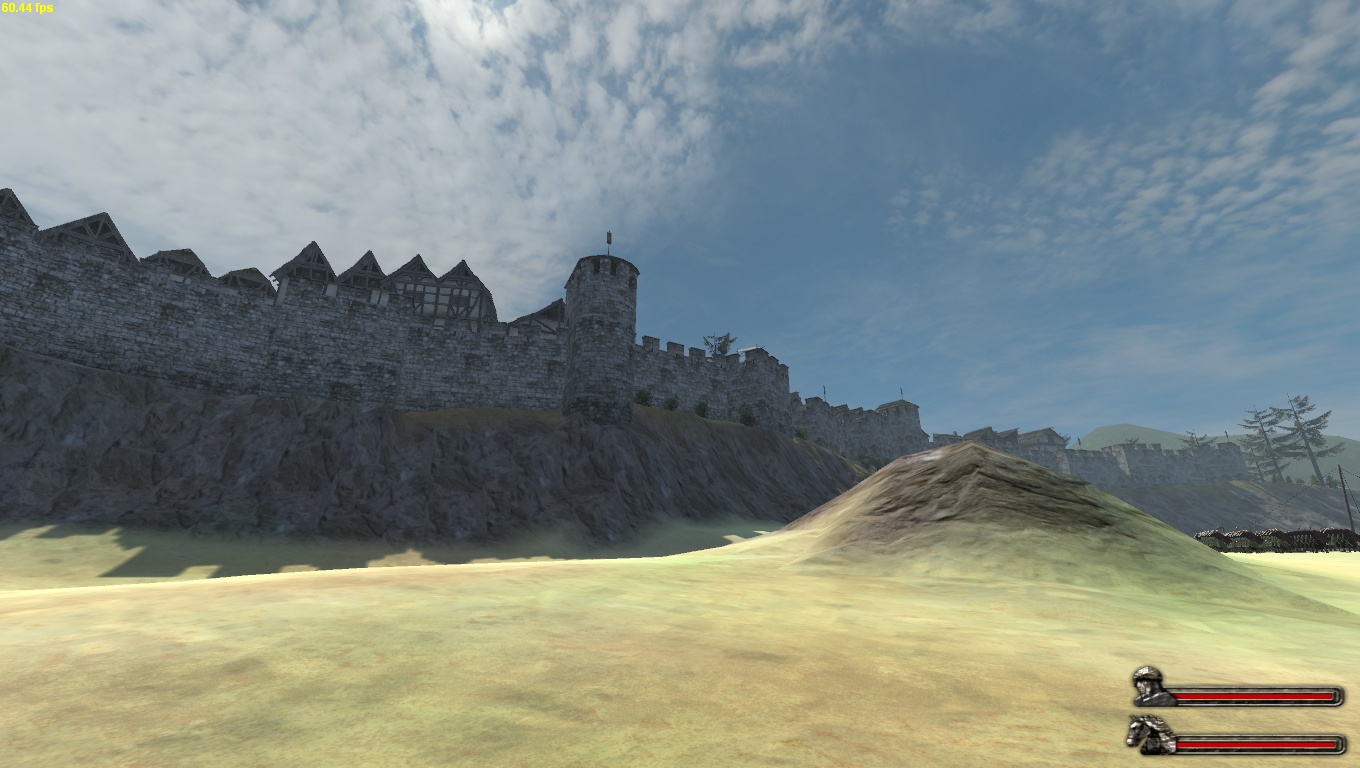 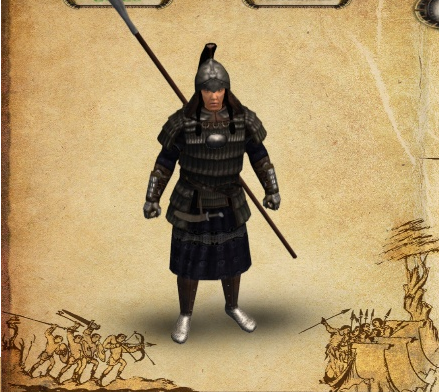 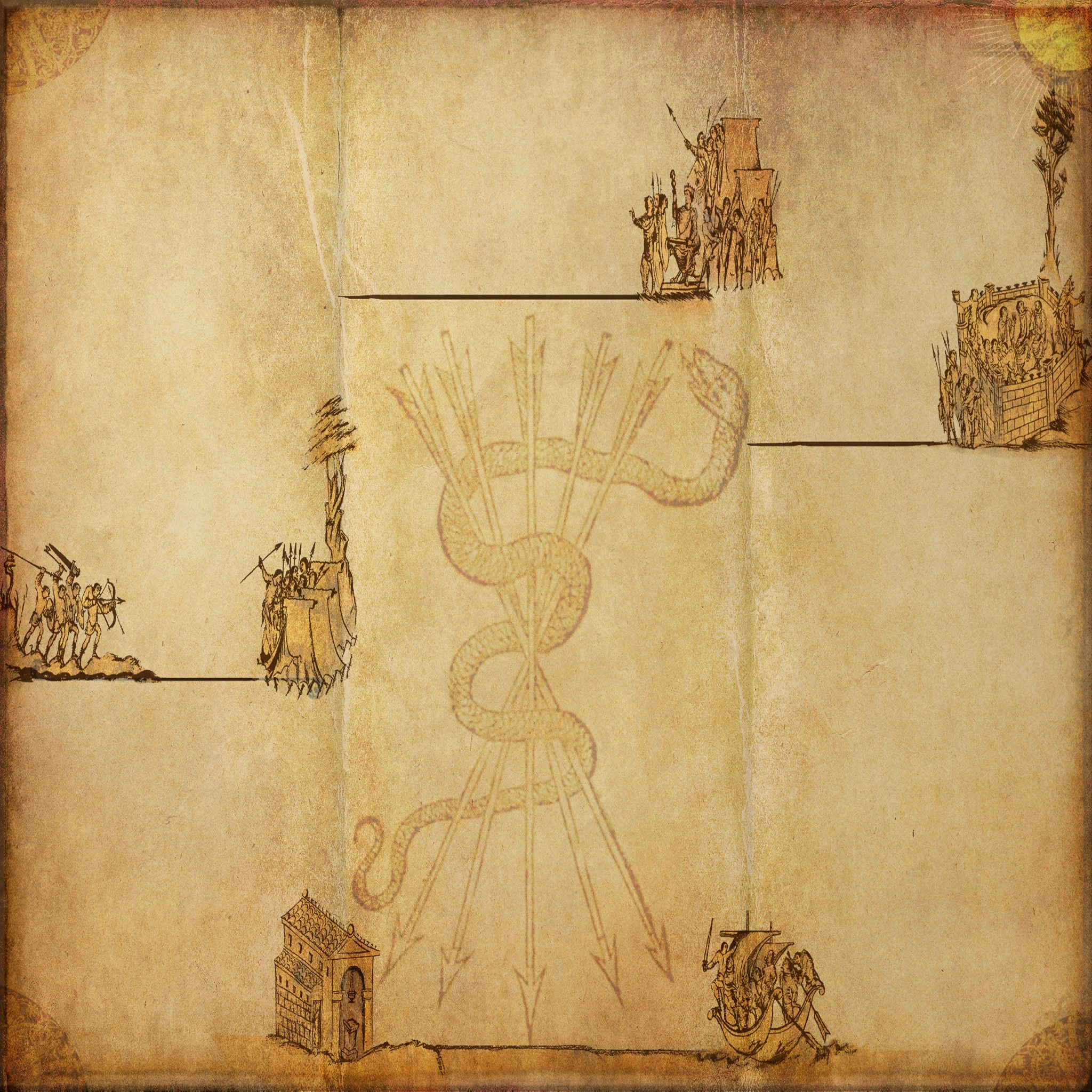 (sorry for my bad english)

I start fix the bug in my mod, but I need more time, that the update will be done, until then I thought, I would give you some advice to the game. (you can download it, here: Moddb.com) 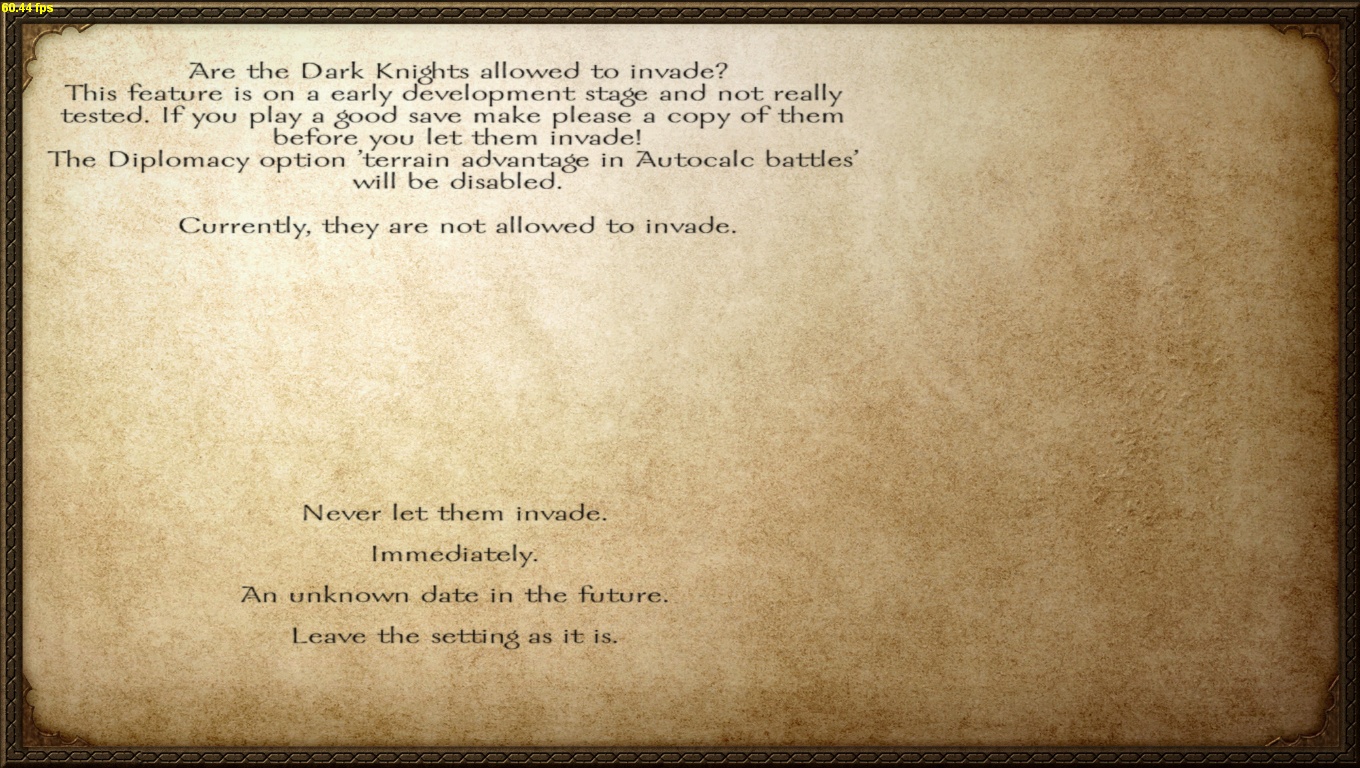 1.0 is the full version, but later I will create a new invasion, where the nomad horde are coming.

Greetings Warlord! Here is the 1.01 patch. I fixed some item bugs and some item got new names (bows and arrows). I fixed the own fort’s texture, but...

I was wondering if you could post the source code so that I can do some personal modding via Morgh's. I won't do anything shady with it, just some tweaks I always wanted to do.

One of the best mods of all time but I still have a couple of problems.

Even after re-downloading many times but both Vaegir Lance and Khergit War Lance are invisible.

I know it's unlikely this mod's still being worked on but has anyone had the same issue or, even better, a solution?!

Hello vazul2, great mod !
a lot of mercenaries and large groups of bandits all around the map and
awesome new elit units. I was quite surprised when the mounted elephants appeared in a battle.

I hope you can create a new version soon. Can you please add:
- Kill count for the pleayer and companions
- Taberns with more town people and musicians
- audio orders in the battles (when press F1, F2, etc). Like Native_New_Design_v3.1

thanks a lot!
Matt

Whats the aim of the mod? its very good combining every mod or some mod to be one mod its really cool but wahts the aim of this mod for example Liagle its aim is to play the game in the era of napoleon's war

It's a native extension mod. I saw good resource - trees mesh, terrain borders,nothing else - in L'aigle mod and I added to my mod this component.

This looks AMAZING, I can't wait to try it out! I LOVE mods that combine every good thing from all other existing mods, and I hope everyone does this more often too! I hope that eventually, all the best parts of all mods will be mixed together into a total of around 2-5 super mods, the only difference being that they all contain the same best features, but are just a different theme. Like one big star wars mods that contains all the star wars mod content ever +all the best mod features, one big lord of the rings mod +all the best features etc, etc, and so on. I would really like this a lot, and I hope that someone does it, and I thank you for making this.

what's with the update

I did make the update in september, but later I had less time. I try to take the time to develop, but I don't know when update will be ready.