December 27th, 2021: THIS MOD IS BEING UPGRADED TO SUPCOM2020 MOD, v1.0 IS RELEASING THIS WEEK! PLEASE JOIN THE DISCORD FOR MORE INFO, OR TO HELP WITH TESTING. MOD DEVELOPMENT CONTINUES. VERSION 1.0-RC6 AVAILABLE ON THE DISCORD!

old site (For now only SupCom2013 version is availble on ModDB, to play and test the newest SupCom2020 version, please join the Discord):

Another new video on the SupCom2013Mod YouTube Channel, this time highlighting the changes to the UEF faction.

A 'scale mod' that changes more than just unit sizes. Basic units have been shrunk in size but now produce much faster. Projectiles shoot farther, and both units and projectiles move at more realistic speeds, so terrain and army composistion are more closely linked. View distances are also augmented. This is a playable Beta version of the mod, do not expect it to be completely bug free or balanced. Full changelog included in the download, or there is a cumulative changelog in the ModDB Features section.

This mod is meant to be played with No Exclusions in Assassination Mode on Normal Speed, and *needs to have DLC enabled*.

CHANGING THE UNIT CAP:
Find a file called 'game.prefs'. It should be in C:\Documents and Settings\ERNAME%\Local Settings\Application Data\Gas Powered Games\Supreme Commander 2 where ERNAME% is the login you use for windows (or somewhere similar to this I am not familiar with all operating systems). Search for UnitCap and change to 1000, 2000, 3500, or 5000. It should default to 2000.

For best playing; In SupCom2's options, "Always Render Strategic Icons" should be set to "Yes", and Strategic Overlay should be turned off.

For best viewing replays; hold shift to see players build orders, or push ctrl+u to disable the replay interface if you wish to watch the game "cleanly', (no life bars, icons, or build orders) and zoom in close to the action.

---
Special Thanks to:
GPG & Chris Taylor
Rasmuffin, I_AM_THE_SLAW, Venium, NeoGhostExcalibur
Bastilean, Bravest Asian Alive, SS Duke Nukem, lil spike
Especially: mithy for programming the modsupport mod, theshadowlord because I poked thru his defaultcamera.lua file to figure out what I needed to change to customize mine, OverRated (aka LiveOrDie) for coding tidbits.
---

A Basic Summary of Changes:
Most 'Tier 1' (T1) units now produce at a fraction of the cost and time, but have comparitive health and DPS per mass (accounting for new ranges). They also have longer view distances and farther range. They are physically smaller, but their projectiles move faster for the most part. Most T1 units do a little bit of splash damage, so choose wisely whether or not to use formation move when attacking. To differentiate bombers and gunships, bombers fly high, are low armour and have a ~60 second reload time on splash damage bombs, making them ideal for hit and run and raiding areas outside of enemy AA. Gunships have constant DPS with little splash but fly low so they can use terrain to hide from AA and potentially have the armour to get into the fray and wreak havok in all but the most protected bases. Do not try to use bombers or gunships though unless it is a surprise or you are certain you have air control as fighters are now very deadly against air targets. It is noteworthy that all T1 units still give the same veterency and research boost to those that kill them even though you get 3-8 times as many for the same mass so using them as straight cannon fodder is not recommended until late game when research earned drops off (thogh veterency earned does not). Sheild and Regeneration numbers were also not tweaked, so they will most likely represent a larger portion of overall health.

Tier 3 (T3) Minor Experimentals units, like the Fatboy, Megalith, and Urchinow have longer ranges on some weapons (Illuminate have 'mobile artillery' now in the Urchinow) but may not engage with other weapons until closer in (for example Fatboy's top turret is bigger, and fires farther, but other guns will not kick-in until it is at a shorter range).

Major Experimentals (T4) are now generally now more deadly in some way (I can't spoonfeed you all the changes you have to explore a little!). All air units will now land if left to idle over traversable solid ground (but not water or out of bound areas for some reason).

Each faction has new economy, as well as having existing economy upgrades easier to access, so take advantage! The Cybran start with mass conversion attached to their Energy Generators, and Illuminate start with Overdrive on their Mass Extractors. Illuminate also have new economy bonuses attached to their ACU via new upgrade options. Illumiate and UEF structure economic upgrades are now less expensive. In addition, when the UEF purchases the Research Income Upgrade, they can Overdrive their Research Stations, which when coupled with the new Research to Mass convertor add to their ability to aquire both technology and economy.

Other Fun 'New' Toys:
Titan Jump Jets; Loyalists can repair (though will not auto-repair, the best thing to do is click R, hold shift and click around damaged units); Electroshock can target Air; Buhbledow is different in that it serves as a sort of artillery now, though it trades perfect accuracy for having it's projectiles be able to be shot down; Return of Billy (sort of; upgrade the UEF ACU with TML and you will see); Wilfindja has a bubble sheild (Illuminate's mobile sheild generator) to make it better at hit and run tactics; Colossus Claws will suck in air units; C-Rex has long range TML...Lots of other fun stuff including DOZENS UPON DOZENS OF CHANGES, go digging!

Full Changelog in the Features Section... 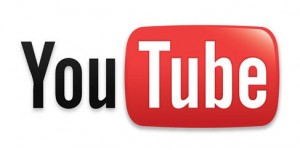 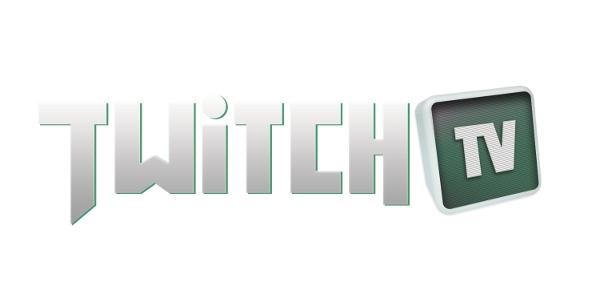 The new mod is based off the old mod, but features a slew of gameplay additions, changes, balancing tweaks, visual fixes, squashed bugs, some new units; all that good stuff, and more. Some tweaks to the systems of play now mean you have to be mindful of storage capacities for your resources, as well as when and how you upgrade your units and structures as some of them no longer get their upgrades on-the-fly.

The Mod still requires Supreme Commander 2 and the Infinite War Battle-Pack DLC to play, but totally changes the experience from the original game. Many will admit that the base game left much to be desired, but I hope this mod will give you and your friends an experience more akin to what you were expecting from a Supreme Commander sequel on PC, even though everyone knows we still all want a "true" sequel to the greatest RTS of all time!

Thanks for stopping by and checking out the mod. If you'd like to start playing the latest version of the mod right away, join the Discord listed below. If you can wait a few weeks, a release should be posted on ModDB before too long. I'd just like to iron out a few last minute details and do some more promo videos/tutorials and whatnot for YouTube.

That's pretty much it for now. Cheers!
HoT Ho11oW PoiNT

Hey everyone, just wanted to let people know we're only about a week away from releasing an updated version of the mod. If you'd like to help out with...

The best Supreme Commander 2 Scale and Gameplay Mod has released a new version with many bug fixes, balance tweaks, and visual adjustments. In addition...

The 'Mod Manager' compatible version of SupCom2013 Mod v1.2 ... This requires the RVE Mod Manager (linked below in the description). Load the 'mithysmodsupport...

The 'manual install' version of SupCom2013 Mod v1.2 ... file contents need to be dropped into your SupCom2 \gamedata\ folder.

A brand new version of Supreme Commander 2 0 1 3 Mod, to introduce compatibility with the recent release of the v1.26 patch for SupCom2, and add a few...

PLEASE DO NOT USE THIS LINK. HOTFIX v1.11 NOW AVAILABLE - Please download the newer version! A coding error makes A.I. in this version unplayable, a new...

Closing in on Version 1.0, Beta 4 is a relatively small patch compared to the others. Instead of adding new units or features time was taken for this...

Supreme Commander 2's best "Scale Mod" is here with a new version. This one changes gameplay the most since the Mod's first release, so be sure to read...

I'm not on my MODdb Account at the minute, but...

I'm looking for a MOD that will extend the Rush Timer to be longer than 20 Minutes. I'd do it myself if I could find the correct Tools for it.

Keep it up! Keep on adding more units especially the experimental ones. More blessings and power to come for you guys! <3

thanks man! for now just trying to balance what I've got for a solid version 1.0; but going forward after that will include a couple of new units and abilities!

Looking forward to it! I hope it will be better or surpass the rve mod especially the future updates of this mod soon. Can't wait to see your new beasts in action. It will be also cool if there's lot of tech 5 and above experimental units in this mod.

Come to the Discord channel for the latest beta version of SupCom2020Mod, moddb release 'coming soon' by the end of the year if I'm ever satisfied with the balancing ;0

i want to go ahead and say i love this mod and i love you, you are amazing

is there any new units in this mod?

Yes, but they do reuse existing models for ease of use. But there are a bunch of new units and even new factory upgrade modules.