I originally worked on and off the Star Trek Doom Project from 1997 to 2012. I resumed the project in 2016 and have totally redesigned & remastered it for GZDoom. All aspects of Doom II have been completely modified. New Textures, enemies, weapons, music and sounds. The Enterprise-D is in its seventh year of service (Between Season 7 & Generations Film), you play a young junior Lieutenant sent out to test upgrades on a shuttlecraft when a futuristic Borg cube emerges from a temporal portal launching a devastating attack on the Enterprise. After seeing the Borg Cube destroyed by Species 8472 emerging from the same time portal you decide to return to the Enterprise to try and help take back the ship.

Hey everyone! If you're interested to know more about the enemies & NPCs in Star Trek Doom but don't have time to download and try my demo or watch my videos then this is the post for you! This is a full breakdown of all the enemies & NPCs currently available in my latest demo...

Hey everyone! If you're interested to know more about the enemies & NPCs in Star Trek Doom but don't have time to download and try my demo or watch my videos then this is the post for you!

This is a full breakdown of all the enemies & NPCs currently available in my latest demo. I've also done a similar post for my Quest for Glory IV 3D Hexen Project.

(Note: The first image is the animating sprite used in my STDoom mod and the second image is a reference shot from the original TV show & films) 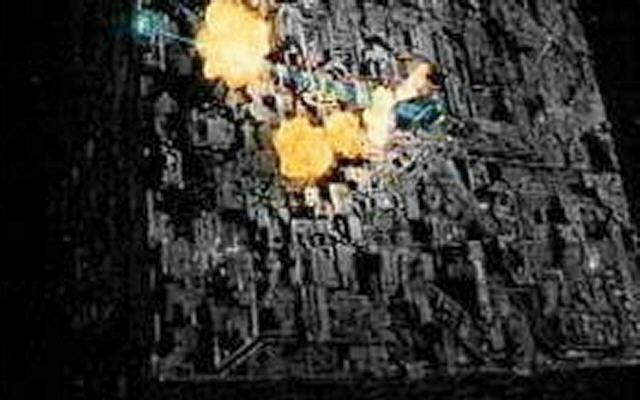 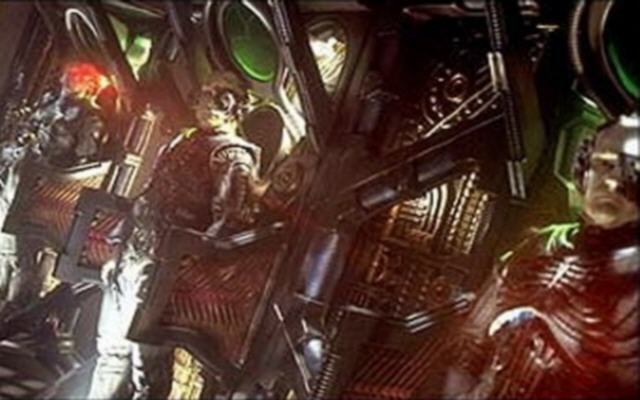 Resistance is futile! The Borg have opened another time portal & travelled back to the past, this time to assimilate the Enterprise-D & its crew. Quickly overpowering the Enterprise they invade & begin to assimilate the ship, only to have their Cube Battleship almost totally destroyed & their invasion plans halted by Species 8472 who have followed them back in time.

A Borg Drone is an assimilated individual augmented with Borg Technology capable of assimilating others into the collective, be it an individual or technology. Since their primary function is assimilation they are not heavily armed, however their shielding makes them highly resistant to weapons.

Tactical Drones are specialised drones augmented for hostile encounters and combat operations. Strong naturally armoured species such as Klingons, Ktarians and Hazari are often chosen as Tactical Drones. Because of their designation they are heavily armed to ensure more 'resistant' species are subdued quickly and effectively.

A former crew member partially assimilated by the Borg. Stripped of their individuality and their bodies now crawling with Borg nanites, they will attack you on site employing whatever weapon they were carrying at the time of assimilation.
Science and medical officers are lightly armed however their Type I phaser firing rate appears to have been enhanced by Borg nanites.

A former crew member partially assimilated by the Borg. Details as above.

Command officers were moderately armed with Type II Phasers at the moment the Borg overwhelmed them, deadly at point blank range.

A former crew member partially assimilated by the Borg. Details as above.
Security officers were heavily armed at the moment the Borg overwhelmed them. Their Federation armour padding combined with feeling no pain due to the nanties makes them extremely dangerous and difficult to bring down.
Note: In DS9s 'Nor the Battle to the Strong' combat officers are seen with multiple layers of protective padding (not that it did much good lol) so I decided to run with that.

Once again the Borg Queen is personally overseeing this invasion herself. The queen possesses many cybernetic bodies to choose from. For dangerous combat situations she employs a powerful spider like suit armed with multiple Borg disruptor cannons that can kill even a heavily armoured threat in seconds. 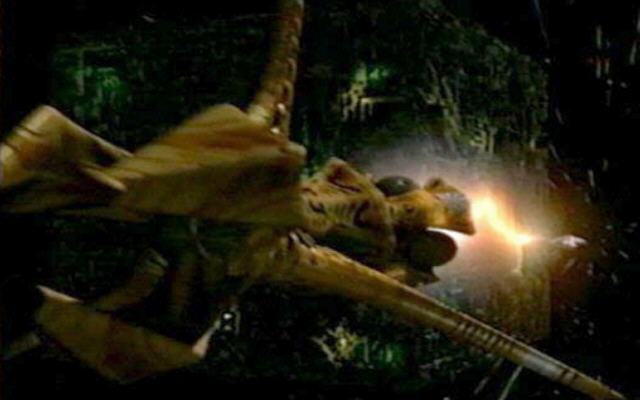 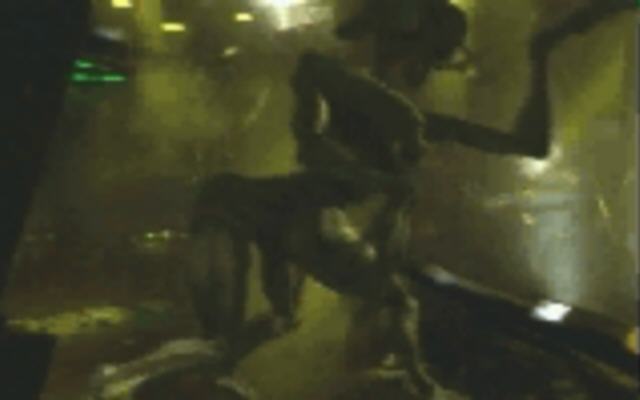 Seeking revenge for the Borg invasion of their fluidic space, the highly xenophobic Species 8472 have followed the Borg through their time portal & destroyed most of the huge cube that was attacking the Enterprise. They believe that the Borg/Federation alliance against them could be re-activated if they don't intervene and will stop at nothing to wipe out all their enemies.

Bred for combat the soldiers of Species 8472 are extremely strong and fast. So strong in fact that they can smash through walls and slash down entire squadrons of enemies with their huge arms and claws. Their close range attacks are extremely dangerous as they can inject enemies with alien cells that literally consume them from the inside out.

All Species 8472 are telepathic however this breed appearing smaller in stature is able to unleash powerful telekinetic energy attacks at distant enemies. Like Soldiers their long arms and claws are also deadly at close range.

Even the young of Species 8472 are able to defend themselves and attack nearby enemies. They can lunge with incredible speed at a target and inject them with the same deadly body consuming alien cells just as their older brethren can.

Smartest and strongest of all Species 8472 breeds, the commander pilots the bioship and is equipped with a powerful hand held bioweapon similar to the much larger bioweapons employed on their ships that can easily destroy Borg cubes and even entire planets! You do not want to be nearby when this weapon is fired. 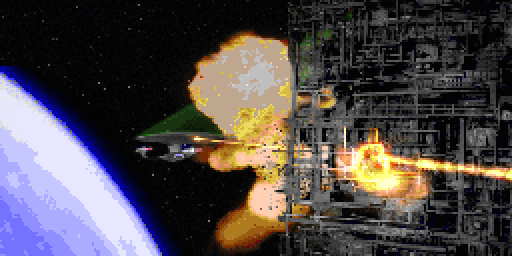 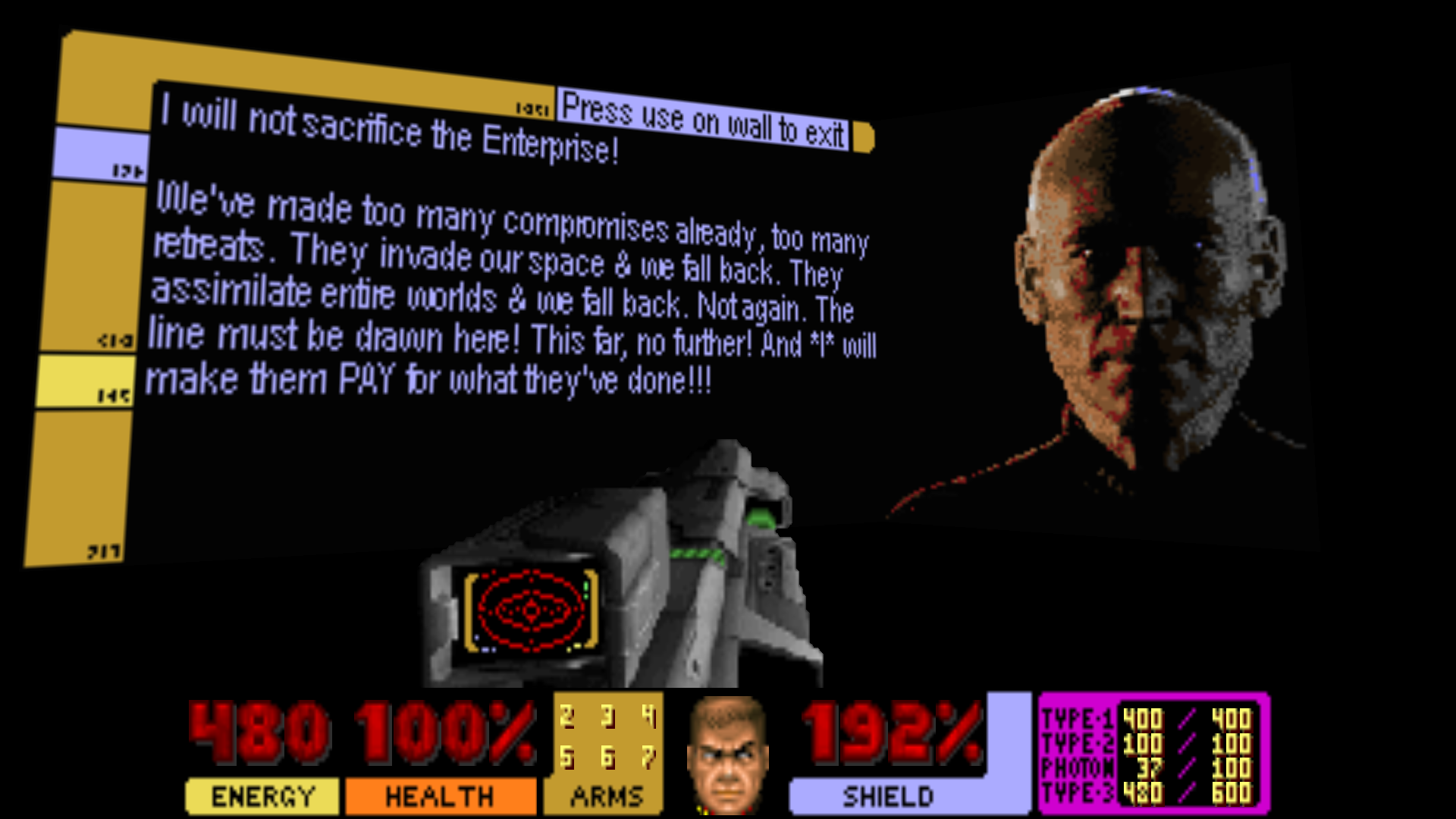 You will encounter other beings on your adventure. Some will help, some will hinder.

It was good of Worf to forget to turn off his holodeck calisthenics program! Although perhaps the big, ugly & dangerous monsters lurking in the forest can distract the Borg away from you for a while?

The last surviving crew members desperately fighting for survival against the Borg & Species 8472. They stand little chance without your help. Be careful not to use wide beam or explosive area effect weapons near them as they are wearing red shirts after all! ;)

Worf, son of Mogh is the Enterprise's senior tactical officer and security chief. If you can find him amongst the chaotic battle to save the Enterprise then his tactical experience and guidance will give you a better chance of surviving this dark day.

Riker, Picard's number one and the Enterprise's first officer will often command dangerous away team missions to protect the ship and could be a source of great help on your quest to stop the Borg and Species 8472.

Normally a skilled diplomatic leader Picard was broken by the Borg in 2366 when they assimilated him to a command drone and used his knowledge to destroy and assimilate the Federation Core defence fleet at Wolf 359. He has never truly recovered from this trauma and will stop at nothing to save his ship, his crew and make the Borg pay for what they've done.

To see all these guys in action check out my video series below: