About:
This project is an enhanced version of the old Microprose Civilization 2 Fantastic Worlds Master of Magic Jr Scenario for Civilization II Test of Time. The goal is to take their simple Civ2 scenario based on the original and brilliant Master of Magic game and give it a massive upgrade and overhaul taking advantage of Test of Time's advancements over regular Civ2 such as 24bit colour graphics, more unit slots, and most importantly multiple worlds (Myrran dark world here we come!). It's 20 years too late but I'm doing it anyway haha! 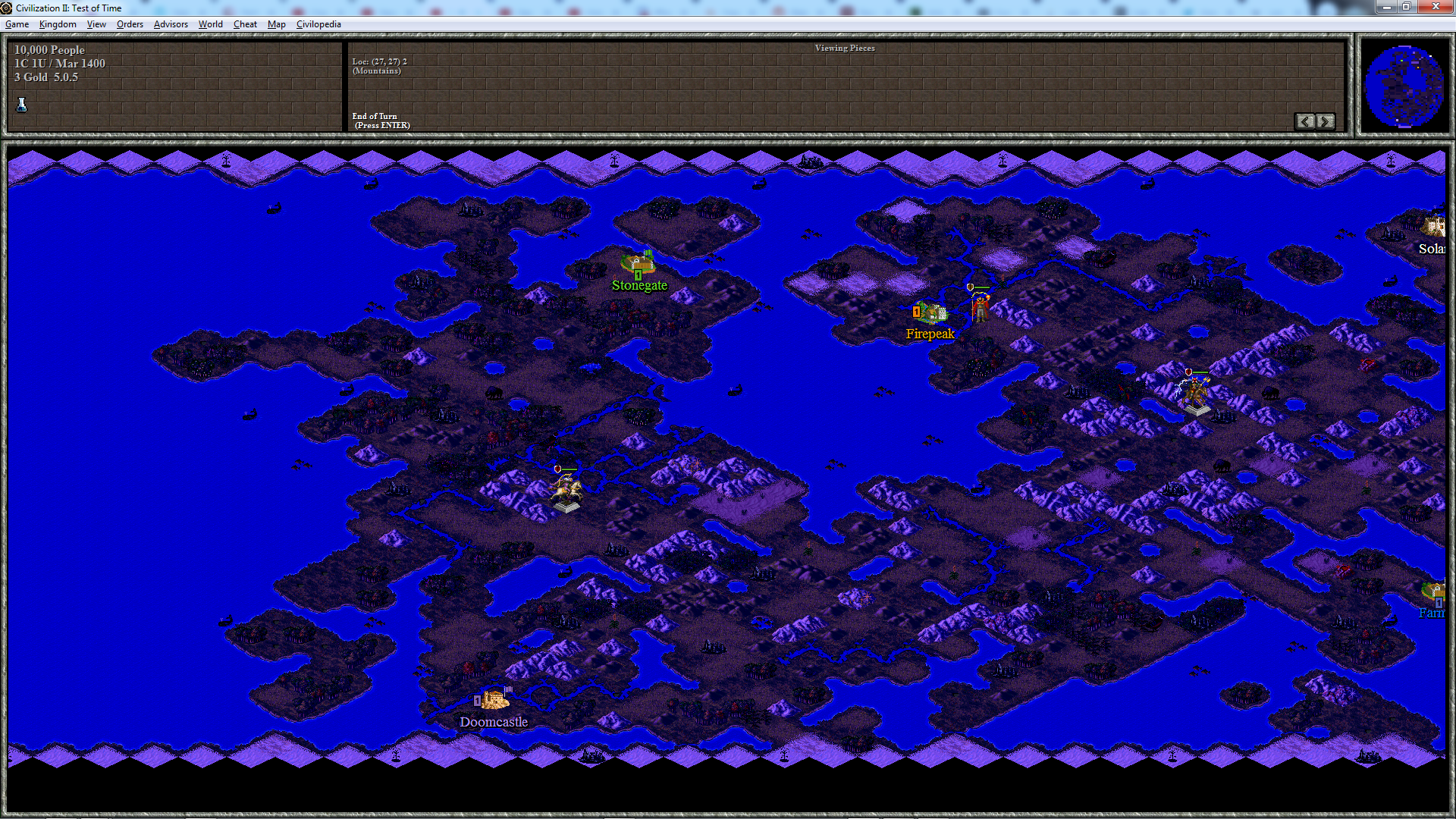 Metropolis - an extremely talented Civ2 mod maker who's helping Blake with a few things here and there in this scenario! Feel free to check out his Star Trek Civ2ToT and Star Control Civ2 scenarios too.

To promote Civilization 2 Test of Time - Master of Magic Scenario (Enhanced) and grow its popularity (top mods), use the embed code provided on your homepage, blog, forums and elsewhere you desire. Or try our widget.

Heroes of Might And Magic V: ToE - Units and Combat Overhaul

This mod is trying to make combat fell more live and strategic than vanilla. In vanilla HOMM V, 90% of the time you already know, how the battle will...

Angmar and Rhudaur Expansion Mod (for Divide and Conquer 4.6)

- As Chief Morholt, lead the tribes of the Hillmen, unite the lands of ancient Rhudaur, make yourself king and lead your people into a glorious future...

I worked on and off my Star Wars Civilization 2 scenario from 1999 to 2000. As usual with my mods all graphics have been completely modified. This scenario...

A submod for Westeros: Total War designed to bring the look, the feel and the sounds of HBO's Game of Thrones to the world of Westeros. (Alas I have no...