The Quest for Glory 4 3D project is a mod for the classic game Hexen with the GZDoom enhancement. QFG4 3D takes players on an old-school linear 3D action adventure set in the world and story of the great classic Sierra game Quest for Glory IV - Shadows of Darkness.

NOTE: This Moddb Page is new and under construction. So for now please go to the below addresses for..
QFG4-3D Hexen news & articles: Blakessanctum.wordpress.com
More information on weapons & monsters etc: Blakessanctum.x10.mx 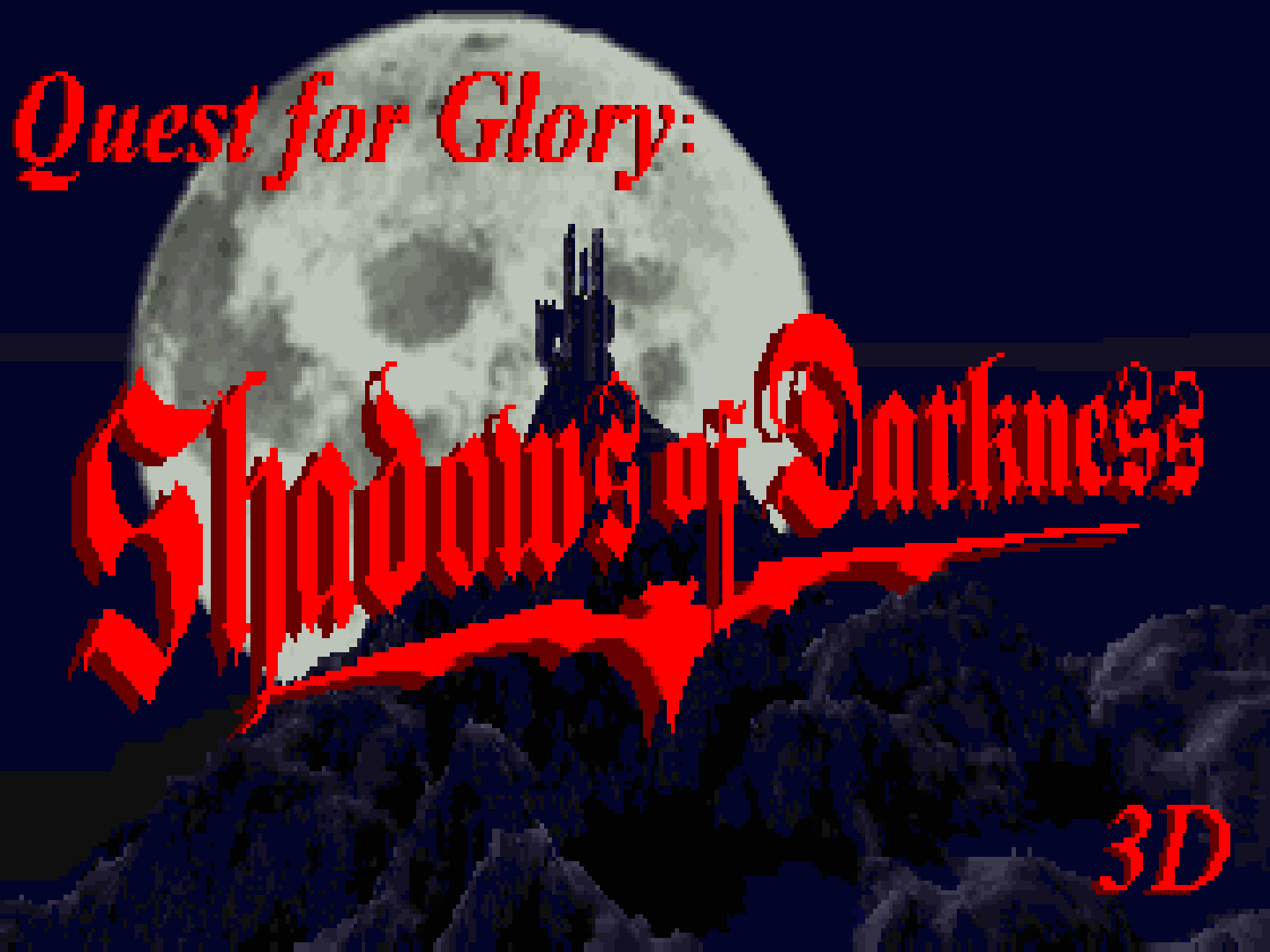 Before anyone else says it I'd like to say that Quest for Glory 4 doesn't need to be in 3D, nor is my project an attempt to convert every single part of the game to 3D. I created QFG4 3D just for fun and to see if I could actually do it lol. Plus it was rather fun to create new areas/views (eg I show more of the town & give you 360 degree views of every original location) with people & creatures we barely got to see in the original game. So if others happen to enjoy this project then that's a bonus. :) 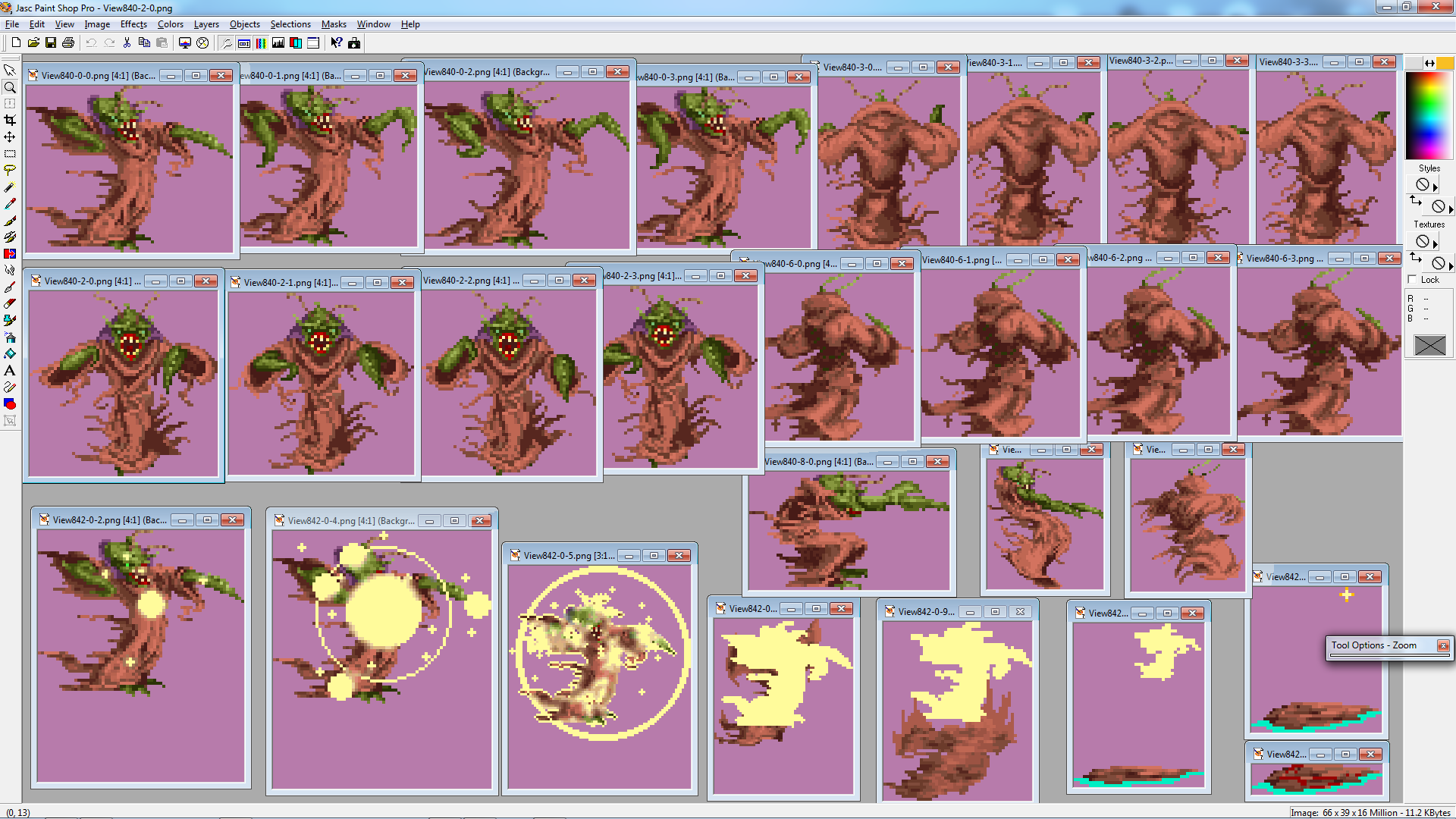 Some of you may recognise me for my Quest for Glory website at Blake's Sanctum where I've tributed the original QFG series and all the QFG related fan projects out there that I could find with the help of the fan community. After years of tributing other peoples projects I really wanted to do my own project and give something fun back to the community that helped me build my page. I'm not a programmer or graphic artist so at first I didn't know how, but then I remembered there was one thing I was rather good at.. simple pixel art & Doom engine editing! 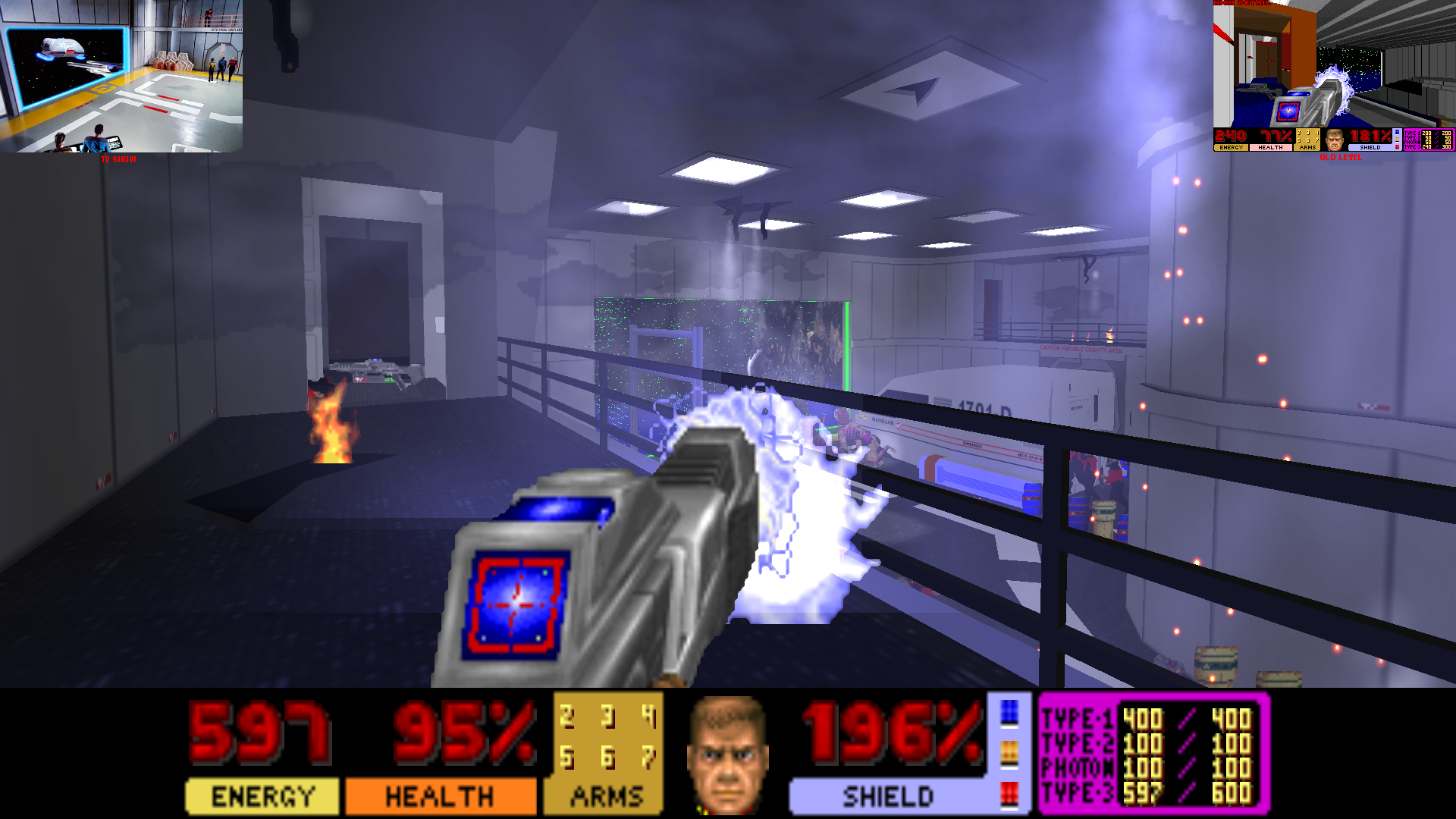 Many years ago, dissatisfied with the quality of all the Star Trek Doom levels out there I decided to work on my own called The Star Trek Doom TC Project, a total conversion mod level for Doom 2 with completely new graphics mostly made by me. For a long time I've been wanting to get back into working on it and actually finish it! However after 10+ years I'd forgotten most of the skills required to do that, so I started the QFG4 3D project as a short fun way to train myself back up in Doom editing. 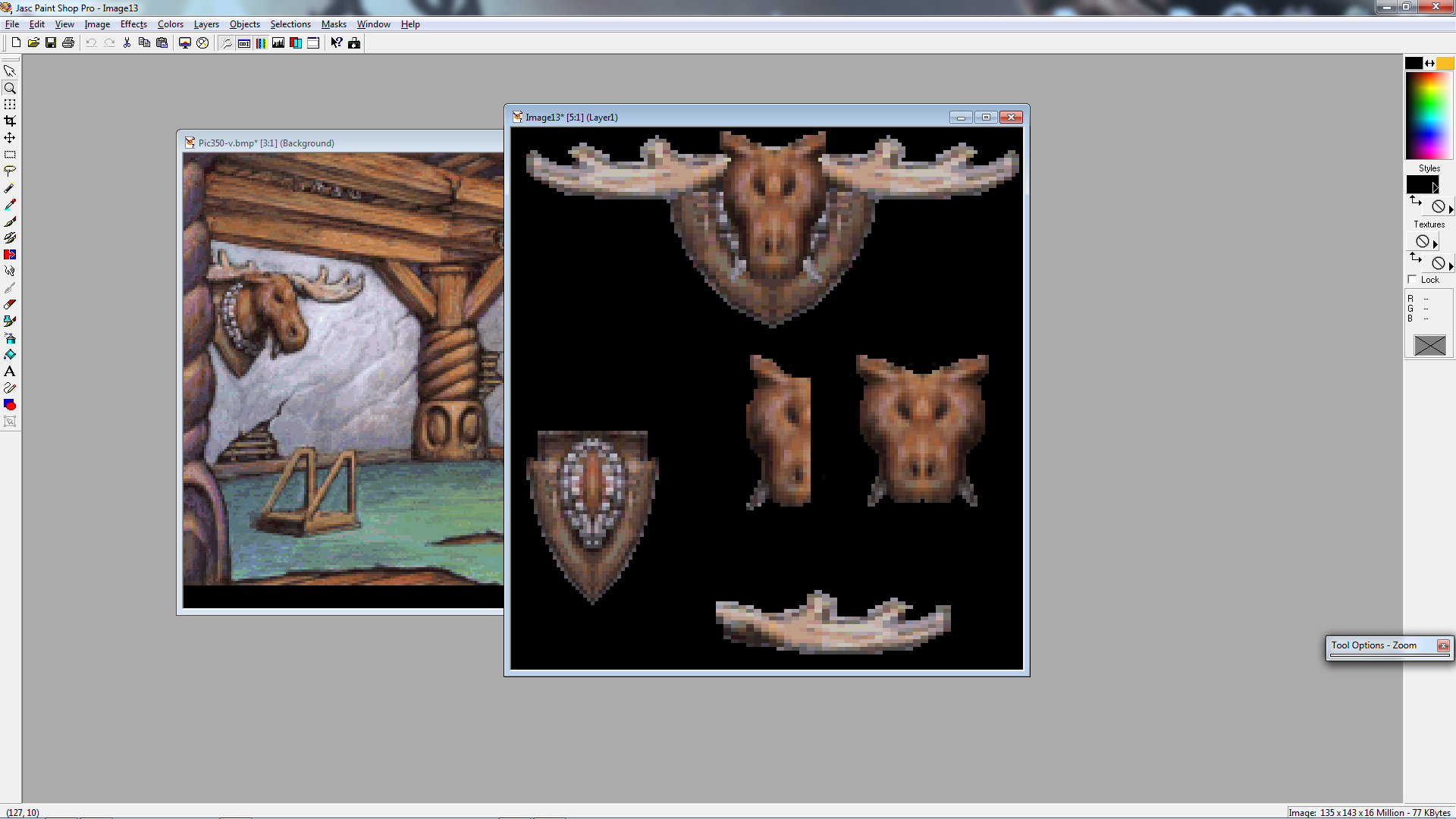 One of the many times I had to create a front view of something from a side only source!

The fantasy classic game Hexen was made with the Doom engine and seemed like the perfect candidate as you can choose 3 characters and the game is filled with medieval/fantasy textures, monsters and sounds. I thought that considering how easy it was to extract QFG4 sprites from the original game and how similar the textures in Hexen were to stuff in QFG4 that it would be a quick easy conversion project lol! Umm no, in the end it was 9 months of 'hell' lol! Designing & building each level took forever, most of the default Hexen textures were no good forcing me to draw many of my own, I had to redo most of Hexen's weapons to fit more into the QFG universe, I needed to find+change+import many other Hexen/Doom mods into mine to create the things I needed, and finally due to the fact that QFG4's battles take place in a separate side-on 2D screen to the main game (think Mortal Kombat) there were no frontal attack or death animation frames for most of the monsters forcing me to build them from scratch too. 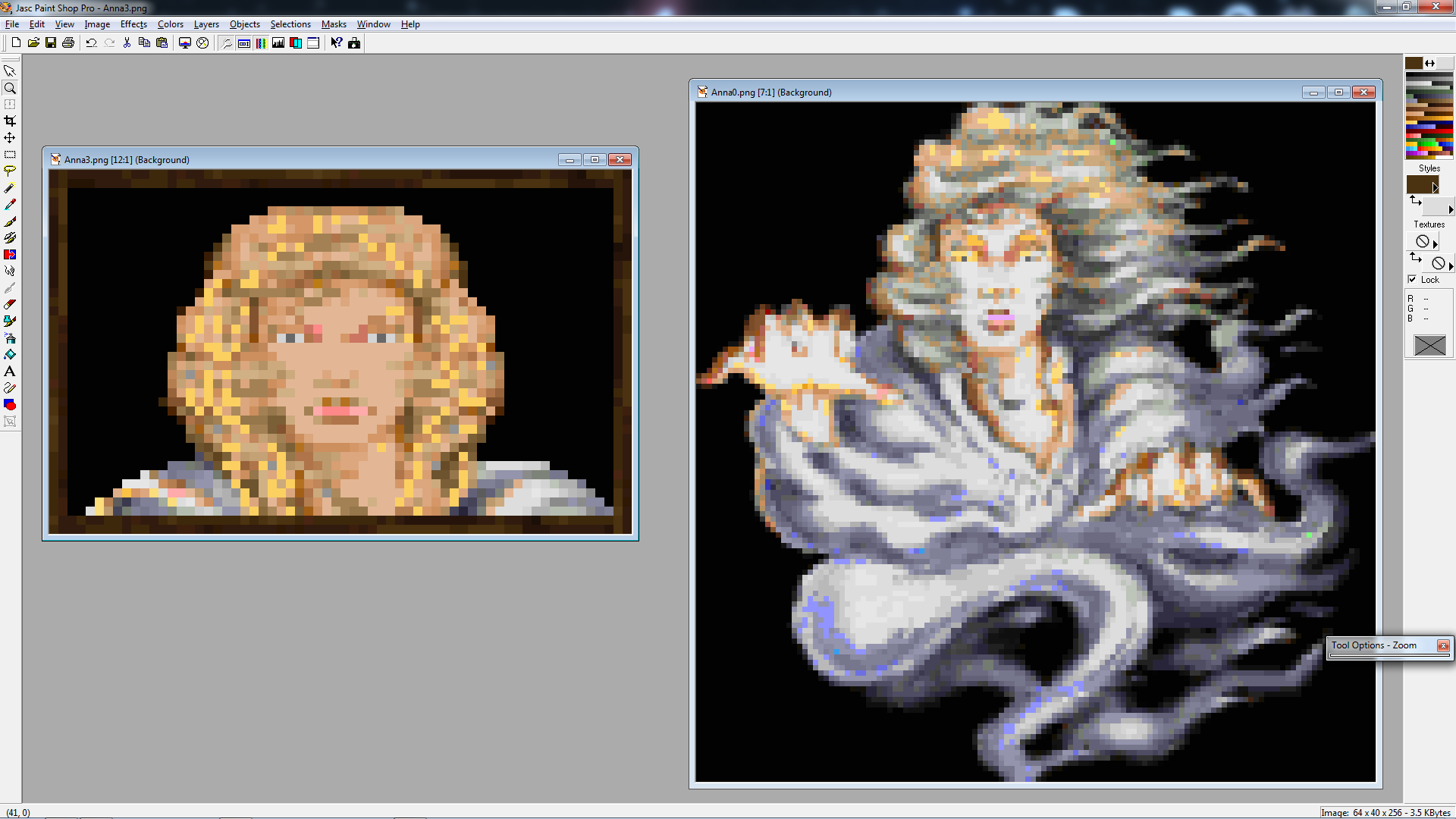 I'm happy to say the project has been a success though, I've completely finished everything I wanted to do in the demo and thanks to great programs like Doom Builder, Slade & the Doom enhancement port GZDoom my Doom editing skills are far more advanced than they ever were 15yrs ago so I'm all ready to take on my Star Trek Doom level again and make it better than it ever was! One day I'll hopefully return to this mod and finish off the rest of the game's story, locations and characters if people want me to! :) But until then I'm going to take a well-earned break and get on with life lol! Hope you enjoy this demo in the meantime.

The time has finally come to announce the first of my 2 big projects that I’ve been secretly working on over the last 2 years, Quest for Glory IV 3D!

QFG4 3D is a total conversion single player 19 map mod for the classic game Hexen with the ZDoom enhancement. The mod contains new levels, textures, decoration, weapons, monsters, NPCs, cutscenes, music & sounds taking players on an old-school linear 3D action adventure set in the world and story of the great classic Sierra game Quest for Glory IV – Shadows of Darkness. I worked on QFG4 3D to retrain myself in Doom editing skills so I could return to my old labor of love, the Star Trek Doom Project (GZDoom Doom 2 mod).

Before anyone else says it I’d like to say that QFG4 doesn’t need to be in 3D, nor is my project an attempt to convert every single part of the game to 3D (if you want to do everything in QFG4 then go play QFG4 haha). I created QFG4 3D just for fun and to see if I could actually do it lol. Plus it was rather fun to create new areas/views not seen in the original game (eg I show more of the town & give you 360 degree views of each original game location). So if others happen to enjoy this project too then that’s a bonus, but if you’re not a fan of retro gaming & graphics then this probably isn’t going to be of much interest to you.

I used the old Hexen/Doom engine as I lack the graphic & programming talents to use a modern game engine, plus I wanted it to retain the look at feel of the era when QFG4 came out. However the ZDoom/GZDoom extension updates the old engine quite a bit to use true 3D, OpenGL effects & now in 2016 it even supports VR! So if you ever wanted to walk around Mordavia as if you’re there then this is your chance (at least until someone else does a much better job haha).

Hope you enjoy this first demo below. Be warned that it will likely be a long time before there’s another demo, I’ve spent nearly 2 years on these 2 projects and have sacrificed a lot. I’m burnt out & want to do other things, including getting back to PLAYING games instead of making them lol!

If you just want to see the game without all the hassle then here’s a playthrough/walkthrough video series I made..

Hey everyone! If you're interested to know more about the playable characters & weapons in Quest for Glory IV 3D Hexen but don't have time to download...

Hey everyone! If you're interested to know more about the monsters in Quest for Glory IV 3D Hexen but don't have time to download and try my demo or watch...