Some updates from my end. I know the final release for Off Limits has been taking forever. As I mentioned in the past working on a mod with only 2 people is quite a haul. After the beta release I looked at what could be fixed on the levels and their design to make them work better in terms of game play and design. I finally fixed and finished those issues on all 3 of my levels. Here are some changes I made:

- In Russia where people got lost I made all paths go directly into the next spawn point area by removing the side paths. So basically you now walk into a spawn point area automatically (this was already the case in the other levels).
- Redesigned Undersiege 100%. The level had large open ended stretches where people would only travel to the next spawn point without seeing much action. So I reduced the distance of all spawn points causing quicker encounters and thus more action packed gameplay. I also re-designed the levels layout to work better for vehicles to drive without hitting any weird out of sight corners.
- I quick fixed this early after the beta release. For Styx I added a pathway up to the spawn point from underneath the underpass leading up to the train station platforms. As people seemed to get lost there looking for the spawn point above.

I am very proud of the work I did on these levels and I think they will work well for our game play. And I want to thank all those who took the time to help playtest them and to make them better.

As for Off Limits. Maarten is going to be fixing the remaining issues that are important to gameplay next month. As soon as those are ready (hopefully before December) we will release a first final version of the mod to keep you warm during winter!


Some final screenshots of Undersiege 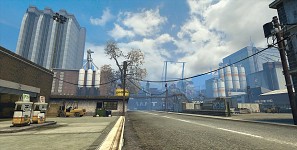 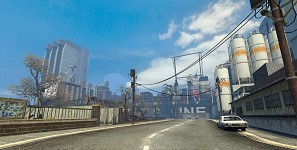 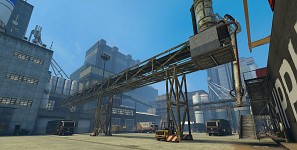 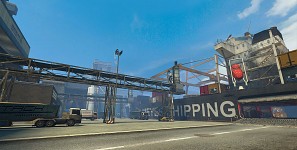 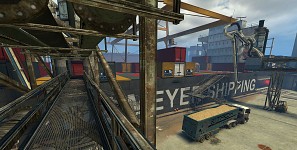 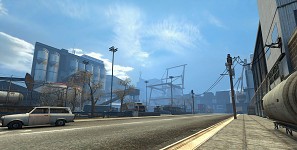 The top-down minimap of Undersiege 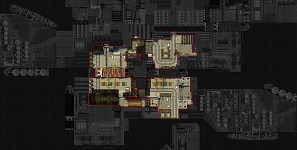 I also updated the Guide with a final keyboard layout. As some complained they were layed out weird I now used the TF2 layout as a base for ours. Hopefully people will find them more intuitive this time around. These are the default binding and can be changed ingame. Click image to view the guide. 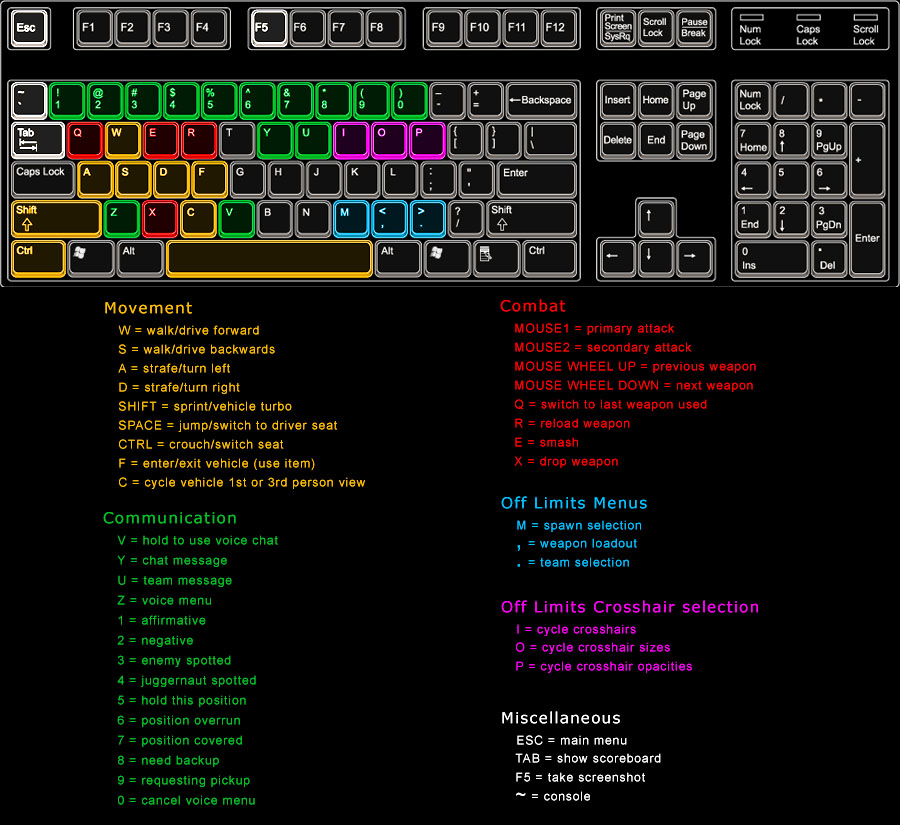 Hopefully this time next month we'll meet on our servers!

With the last beta out for a while now I started looking into what needed fixing for a next update which will hopefully bring more people to our servers...

To help Off Limits grow and make it easier to play it I created a Steam group for our community. Please sign up and join!

A new version of Off Limits is out. Please look beyond the news to find out more and download the Beta 01 release!

Off Limits Beta 01 Patch. Check out our Guide for servers and guidance. Please remember: this is a beta, if you encounter any bugs or have constructive...

Off Limits Beta 01 Patch. Check out our Guide for servers and guidance. Please remember: this is a beta, if you encounter any bugs or have constructive...

Levels look amazing is there any bot support?

2016 nearing it's end, I wonder if people still playing HL2 mods? (I haven't in over 10 years myself :/ And if so are people still interested in a mod like Off Limits? Depending on the number of replies to this post I guess we'll decide whether to finish a final build and release it sometime soon. If not I would say thanks to everyone for the support over all these years!

I've been playing Half-Life mods since I heard about Counter-Strike.

We're still waiting. Don't lose hope. If you advertise it correctly and it's good there will be a playerbase for it!

I've been playing HL2 mods since 2007.
It looks like a lot of hard work had gone into this and with that being said I would love to see it finished off if you've got the time to complete it.

Like the other guy said it's hard to expect many replies if any here if any at all. Maybe opening a steam forum post or something to raise somekind of awareness for it could be your best bet.

Edit: Just noticed you have a group on steam which has had nothing posted in it since 2011. Go post something :p

You can't really expect people to be actively checking this comments section after having left this mod for years without any updates.

If you were to finish the game, and get it on Steam, which would probably mean using Steam Direct (as Greenlight is being shut down), I have no doubt you would be able to get a fairly active community. This comes from someone who played OL back in 2011 when you actively worked on it.

Whatever happened to this? It was pretty nice back in the day, shame to see it unfinished.

Life happened. Maarten and myself worked on "Amnesia: A machine for Pigs". Later I moved to California to work on "The Order: 1886" and Maarten has still been working for The Chinese Room on their next upcoming title "Everybody's gone to the rapture". As for Off Limits. We did a lot of internal playtests back in 2008 and 2009 after I finished my work on "Mirror's Edge". The game was a lot of fun to play and apart from some gameplay fixes the game was pretty much final. Funny you posted this comment because I spoke with Maarten last week if he would be interested in finalizing this game and doing another "proper" final release for it. Mainly to see our hard work online as we intended it to be all these years later. We're just not sure what, who or where would be the best place to release this today and to get the word out to as many people as possible to still get some people to play it all these years later. But honestly we would release it for ourselves most of all, to close this chapter. But I do want to play this again myself honestly. Fingers crossed.

Hey, with Evolve being released, you could ride on their success ;)

That's pretty awesome to hear, quite an adventure! I'll be on the lookout for the final release (if it does happen)!

Multiplayer
Tags
Embed Buttons
Link to Off Limits by selecting a button and using the embed code provided more...