Jedi Knight 2: HD Remake is an overhaul remake of the entire game using textures & models, all recreated from scratch.

I plan to recreate the entire single player campaign as well as the multiplayer part of the game.
This means you will be able to relive the journey of Kyle Katarn as he sacrifices everything in order to save his girlfriend and even becomes a Jedi Knight.

If you want to contribute or in case you got any questions, do not hesitate to visit www.gaming-nexus.net and I will try to help out as best as I can!

A few answers to your questions 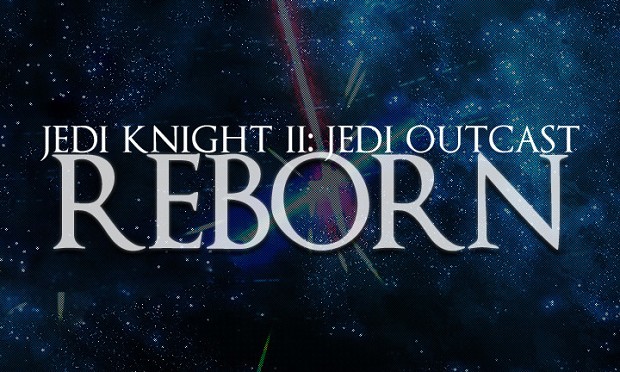 like to take a few minutes to answer some of your questions. In addition I got a few things to say concerning my work and the remake itself.

Recently my work has been featured on Reddit and as a result this mod has got quite some attention from many Jedi Knight enthusiasts from all over the world. Over the past 4 weeks, I got hundreds of emails from the USA, France, Belgium, Italy, Germany and the UK. Many Jedi Knight fans voiced themselves, wished me luck and apparently are looking forward to a fast release. Some of the emails contained criticism, a few were slightly depressive. With so many emails to read, it takes a few days for me to get back to each one of you as I am trying to answer all of your questions.

Today I would like to sum a few things up and make clear what my objective with this remake is.

First off, I would like to thank Will F. for suggesting a proper name for this project. It shall now be called: Jedi Knight 2: Reborn, inspired by the foes Kyle Katarn faces off in the game.

I would also like to thank Jon Highsmith for contributing an awesome new logo for Jedi Knight 2: Outcast Reborn!

Which leads me to my first point. Everyone is invited to help, either via ModDB or Gaming-Nexus.net

Question 1: Why are you doing this? (JK2 does not need a remake!)
Answer: When Raven released the Source Code last year it triggered something in me, something that said: Give it a try and see how far you can get with it. I am not going for internet fame as some seem to believe. I never understood why the original Jedi Knight games never got an official remake or a sequel in all those years so I am actually trying to gather some attention towards those games. All of the Jedi Knight games have been great games, even now they are still playable and lots of fun. I agree with you, Jedi Knight 2: Outcast does not need a remake, but nonetheless I would love to see the series return with a fresh look & feel (ultimately by Raven itself).

Question 2: Disney got Star Wars, EA got Star Wars games, Raven got Jedi Knight rights, what are you going to do?
Answer (honest): Idk. If I get a cease and desist letter, be it. If I get contacted by any of these parties, I will try to talk with them and see where things go. Until then I will keep going.

Question 3: Are you serious?
Answer: No. If I was, I would be doomed to fail. I am not a one man army, and you can't create a game like JK2 without a dedicated team. I am working on this in my spare time, mostly on sundays. I appreciate all the help and support I get, but I am not working on this 24/7 and I am not rushing things.

Question 5: Why Unity?!?
Answer: Because I know how to use it and because it streamlines many processes so you can actually tackle a rather mid-sized project like this, without a team of 25 dedicated developers.

Question 6: Would have looked better in Unreal/CryEngine though!
Answer: It's not the game engine, it's the art. I won't dive in this discussion. But for those who think they can do better, I got a sweet deal for you: Given that I ever manage to finish anything of this and given the project does not get shut down, I will release all the source files I created, so you can assemble them in your engine of choice.

Question 7: So what's the plan?
Answer: Finish the first level, then proceed to the next one.

Question 8: When will you release it?
Answer: When it's done. To be honest I would compare this to the Black Mesa project, takes some time but in the end it will be there.

Question 11: Multiplayer?
Answer: After the sp.

Question 12: Carbon Copy?
Answer: No. As some areas will be tweaked and enhanced, I wouldn't dare call it a carbon copy.

That's it for now I guess, I appreciate your support and I am happy to hear your feedback so leave a comment below, write an email or join the forums!

I am looking for a few JK2 enthusiasts who would like to help me a bit by making screenshots of the original game, matching those images I uploaded here.

In short I would like to get a picture what the average gamer system looks like. If you would like to play this mod, please tell me what your system specifications...

This is a serious let down. Why don't people release their work instead of leaving empty promises

Almost 2019 and still nothing.

Yet another person who forgot to take their dead mod off ModDB and thus lingers as crappy clickbait...

Yeah, like everyone has been saying, looks like a dead project. With this being a Unity port, I imagine it wouldn't have been too difficult to mod it for VR.

Hey dude... If you need help with this I am keen as!