Expanded Universe is a Total Conversion mod for Star Ruler. It adds plenty of new Subsystems, Hulls, Sounds and Graphics, offers many new Features and an alternative Balancing. Check out the Star Ruler Forums for more Information.

Star Ruler is a large scale, real-time grand strategy set in space. Design, build, and take control of potentially thousands of ships, and expand the reach of your empire across the entire galaxy.

Galactic Armory is an expansion mod for Star Ruler. The mod includes over 70 new subsystems and structures, completely reworked balancing, new and improved game mechanics, new graphics and sound effects and a lot more. The main goal is to give Star Ruler even more of a simulation feel while expanding on content and keeping it fun to play at the same time. 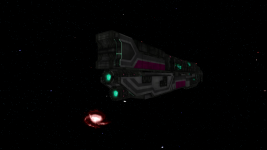 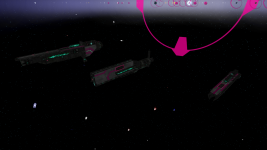 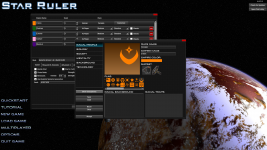 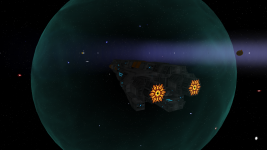 Enormously expands Star Ruler, introducing:
Planetary Invasions: Planetery Planets can now be invaded using millions of troops stored in dropship bays.
Stargates: a new hull has been introduced: the Stargate. A massive vessel that allows you to create hyperspace routes through your empire.
New Shielding & Repair System: the leaky shield system has been replaced by one more close to popular science fiction.
Build your own fleet support ships!
Admirals: gain admirals while in combat with crew manned ships.
Terraforming: terraform Planets to increase their build slots with a new Subsystem.
... and more. 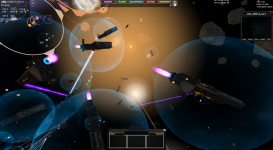 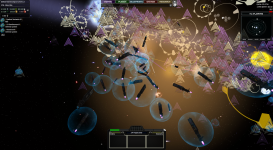 The Expanded Universe Mod for Star Ruler is now on ModDB. The site is currently being set up, but will keep you informed about any news shortly.

The new update for Expanded Universe to fully incorporate the balancing and interface changes of Star Ruler Patch 1.0.6.2. For the list of changes, please...

The waiting has finally come to an end - Expanded Universe 1.5 for Star Ruler 1.0.5.4 has been released! The rebuild of the script base is complete, and...

A new update to Expanded Universe has been released! This version includes fixes for occasionally happening GUI glitches and introduces several improvements...

Star Ruler was just updated to a new version that fixes issues introduced with 1.0.4.2. Please download this version of Expanded Universe to be able to...

Epanded Universe has now reached version 1.4 and is fully (and only) compatible to Star Ruler 1.0.4.2. The biggest feature is a completely new shielding...

Is this mod dead? and also, I'm getting problems too, when I try to open plantary management, I find myself unable to click anything because all that is thre is a 2x2 purple and black square, anyone have a fix for this? thanks

I bought this game twice once on game spot and once here. because the mods I downloaded didn't work with my first, and now they don't even work with the one I bought on this site. Is there a tutorial on how to properly get these mods to work or can some one tell me what I'm not doing right?

How do you install this mod, I have this game on Steam.
Do I have to download the very first file and work up the list or do I download the file that fits my version.

Hey guys, perhaps you can help me. When I run the Expanded Universe mod, the game doesn't run properly, so I am unable to open the planetary window, or even access the options menu. Any sugestions?

Waiting for the update.

Steeeineeeer Why u no make patch!? Sincerely-- The Yokoo Empire

I think he did, the game got a large patch the next day that made the mod inproperly render a lot of things, the issue has happened with many mods.

just an idea for a future update. the big problem i find with this game is that it is very difficult to intercept ships, because of the newtonian physics, the enemy can just target your worlds. This highlights 2 things first of all why is all the infrastructure concentrated on worlds, perhaps habitats in moons/asteroids etc. + make it more difficult to take out a world, make them tougher so you need to kind of siege it. Second of all there are pretty poor defences, maybe you could set up small debris fields, like mines, which will damage enemies when you go through them. One other small thing, it would be cool if you could use asteroids like weapons, just speed them up point them at the enemy.. comets are kind of already like this.

I agree. The newtonian physics are a pain. Everytime I invade a system I get gravitated out of it on get stuck on the star. Im not sure if there is technology to counter this effect that you can research? Its a beautiful game no doubt but for one the camera takes getting use to as I get lost or end up on the other side of the galaxy sometimes when zooming. They need to incorporate Sins of a Solar Empire's camera as it's very effective.