Dark Interval is a restoration/revision mod that lets you play Half-Life 2 as it could have been. Using Valve's early concepts, we're creating new maps, models, textures, and custom dialogue. The mod is released in episodes, the most recent being Dark Interval: Part I - an intro chapter to the bigger story.

We, the dev team, feel the need to preface this article with a couple words about the current situation in the world.

To say that we wish things were different when releasing this update would be an understatement of obvious proportions.

We’re doing fine, all things considered. We believe that the future of this project is secure enough despite things like information wars, looming economic collapse, Internet censorship, and presumed threat of a cut-off.

Some already asked us if we would accept donations. We urge you instead to donate that money to the people affected by the Ukrainian crisis. To show compassion and understanding, to do what you can. To invest into your own safety too. And to overcome these times.

So, there’s that. Back to mod stuff!

Usually quite a bit of time passes between our updates, and we decided to try and break away from that tradition. Thus, we prepared some media capturing just… things. Quality of life changes, some fresh additions, the smaller building blocks that fill the gaps between the big pieces.

First up is the Grubs.

You’ve seen them in Episode Two, but their history goes way back - the antlion larvae can be found on styleguide maps from 2001. And it’s a functional NPC there.

We took that old version and gave it a visual overhaul, a brand new texture with larger size and better fit. 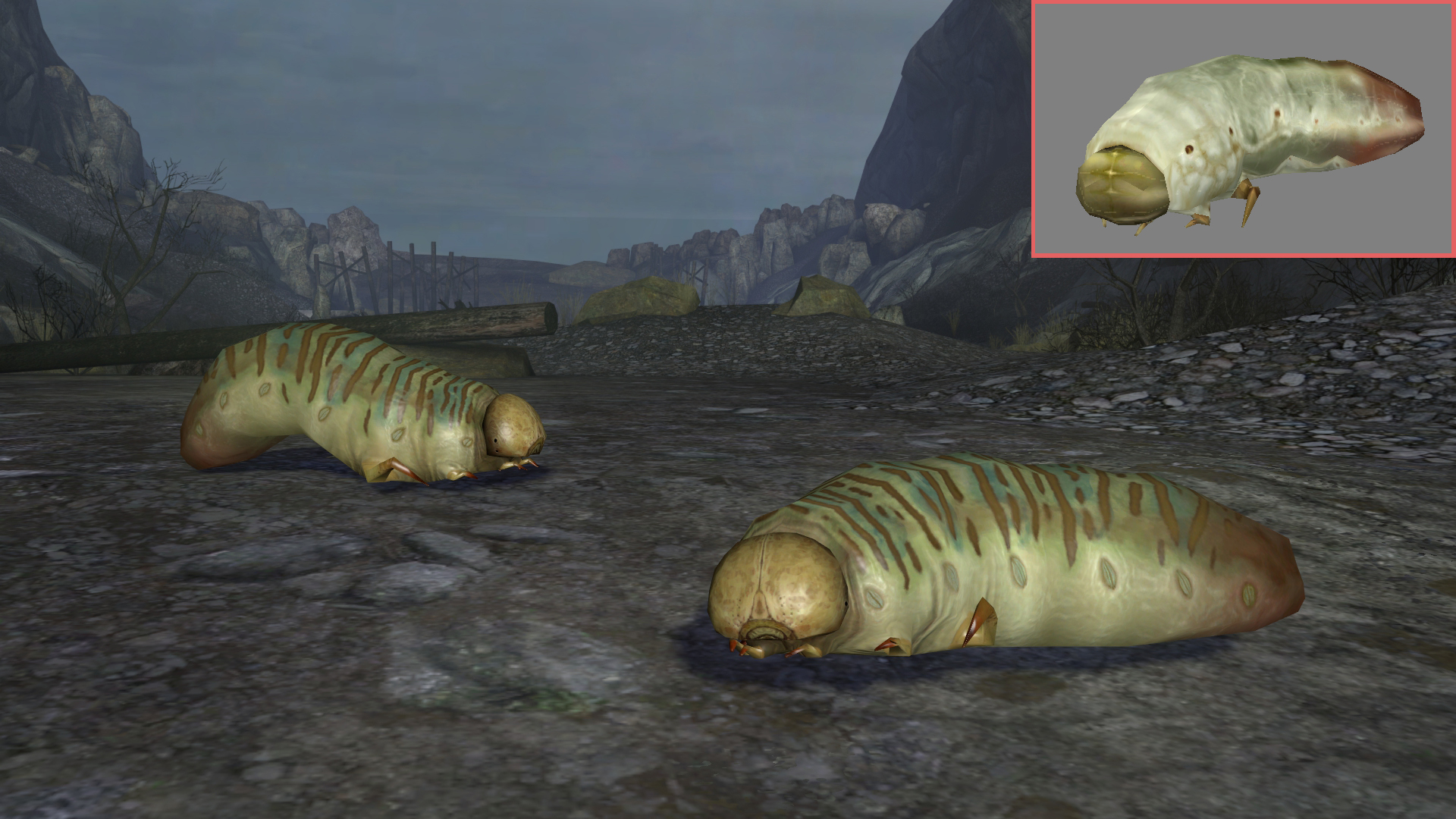 Antlion Grubs in their natural environment 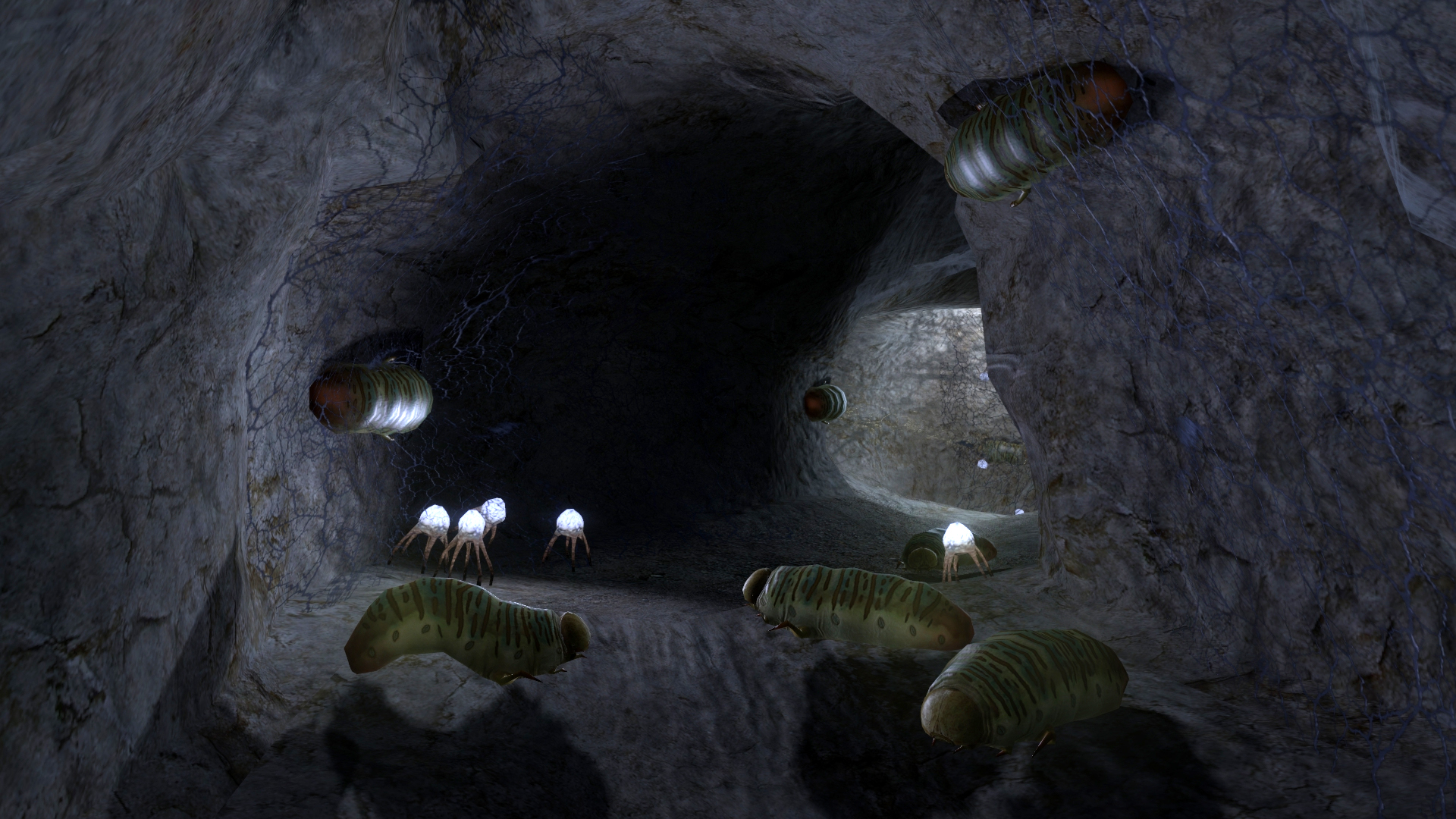 Second, a compilation of some of our latest additions: new Stinger animations (HUGE thanks to Gmad!), a unique appearance function for our characters, and more.

We’ll wrap it up for now.

Our Discord server is there as usual - Discord.gg

Everything is going well. Simple update with new media and talking about how things are going.

Recapping the progress made since the last official bit of news about the mod.

We want to mark the end of the year with a gameplay video. Admittedly, long overdue video.

Transparent overview of all current Part 2 maps. How much is done, what are they based on, what to expect.

IMPORTANT: This is STANDALONE. You don't need 1.1 version of the mod and you SHOULD install this as a separate mod. We're releasing a revamp update for...

An extra quick hotfix for the English version. Fixes missing chapter title in the bonus chapter and missing dialogue captions in the Terminal.

Please please PLEASE include gamepad support. I know, I know "use mouse and keyboard" -- it's undeniably better and this is obviously originally a PC game, but my setup currently makes KB+M absurd to try and for accessibility reasons, gamepad support helps immensely. Steam Input isn't the same as HL2's built-in gamepad support otherwise I'd use that.

Not sure if mod developers are in charge of that but any mod installed through Steam -- e.g. Transmissions, Downfall, etc. -- seems to have native gamepad support (e.g. 360controller.cfg) like the actual games, so mods can 100% have the exact same gamepad support but I can't for the life of me get mods installed to "sourcemods" to have that functionality. Even placing 360controller.cfg (and other related cfgs) in the mods' cfg folder seems to do nothing. Again, no idea if that's even possible from your end but it's such a bummer.

At the moment, I don't have a solution.
I do have a basic gamepad to test with, but it seems to not register at all in mods on SDK 2013. I've a backed up build of Orange Box from 2011 and it works there without any extra work (save for rebinding a couple of the controls). But 2013 seems broken.
Steam's gamepad configuarion thing never ever worked for me, I know this much.
I'll look into it but can't promise anything, unless there's someone with both a working gamepad and modding experience who could tell us what's wrong.
Sorry!

Hey! Thanks for looking into it, even if it's low in priority (which I get). I'll be excited to see if you or anyone can figure it out but either way, I'm stoked to play through this.

And yeah, it's definitely not just your mod. Any mod placed into "sourcemods" folder just won't work for me but as I said, the ones through Steam somehow work. Not sure if that's something on the part of the modders doing... something or if its something about the way Valve puts it onto Steam from their end since those install to "common" as well. That's the only overt different I notice but I'm not a modder.

I can get Steam Input to work by mapping basic keyboard/mouse inputs to the controller as a tentative stopgap fix, but that basically gives me the worst of both worlds: I don't get any of the additional aim assist made for controllers, but I'm also trying to aim with a method far less precise than a mouse; no controller UI; and no way to creep along at a snail's pace which I like when it comes to the platforming.

the game crashes when i enter and closes itself and does not give a trace any solution :(

The solution is written in the readme file that comes with the download.

excellent art style real sense of place forboding love the new gameplay mechanics like burning away the spider webs and the 1st mod with non cheese voice acting ! thx , hate the hl2 weapons, always feel like water pistols its to do with the recoil animations/hit scan impact effects not convincing somehow

and would be great to see enemys with more of a "Horror " aspect like you have with the green poison spraying cameras,
Beautiful environments that you can actually take time time and explore/ sensible enemy placement - top moment- being lasered by a t1000, by a smashed console and fallen combine, great ambiguity !

I Love it. I think that this mod is my Half life 3 now.(Gordon missed the last train:) ) City 17 is better than original city 17. I just walk the streets and enjoy the genius of your work.
YOU REALLY KNOW WHAT HALF LIFE IS. thank you. Best wishes

I'm excited to see what these antlions grubs will look like in game!

Yea it wont launch for me, I've done everything, i have HL2 HL21 HL22 HLLC and it still wont work, i launch the game and i can see the menu for a split second before it says "Could not load library client. Try restarting. If that doesnt work, verify the cache" Can someone help me with this?

As of date, this is the most complete and well-done take on the old storyline. In addition, despite being the beginning of the game, there is plenty to offer in terms of gameplay. I'm definitely looking forward to the next chapters