This day we bring to you the new tech tree layout for the Ostheer faction. If you thought than Soviets in the previous update got huge changes then Ostheer ones would be even bigger!

The main problema we faced with Ostheer is the pool selection system, what the players think of it? What can be done to improve it and not make the gameplay boring? Are the units we use justified for the pool scenario we handle? Aren’t too many units for Ostheer?

All of that made us think and rework the system several times, but right now we have something that we find interesting and fun to offer in place of the old system. So here we go: 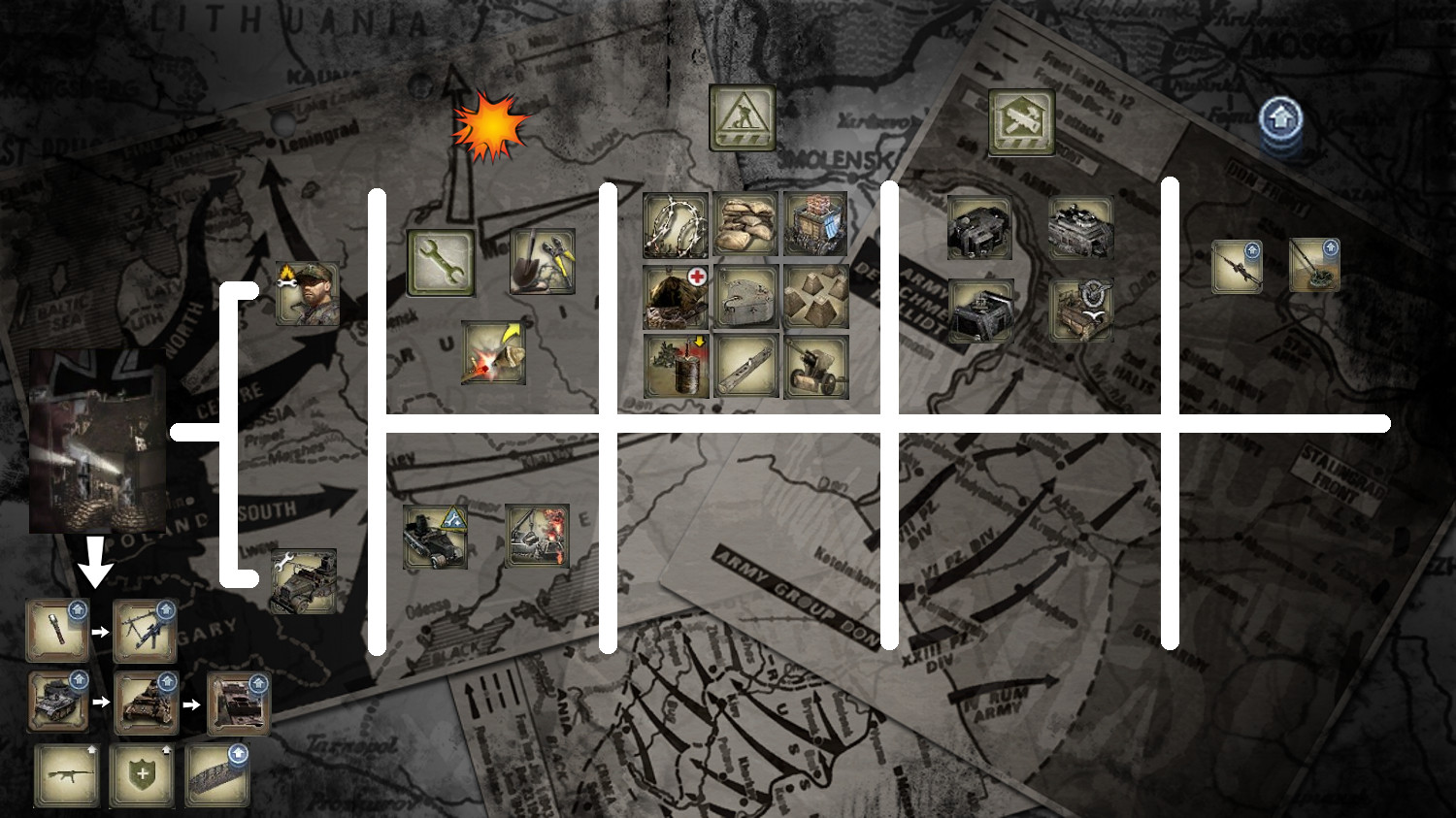 The headquarters still have the Sturmpioneers as basic unit along with the Assault Pool and Support Pool upgrades, however, it also stores several key global upgrades for the Ostheer Commander:

The Famo is available in this building, although it requires the first Vehicle Modernization upgrade to be produced.

The Sturmpioneers have mostly the same skills, however, they now have the panzerfaust ability as anti-tank measure and can build Observation Posts (since the Opel Maultier is no longer available). Also, Panzernests are the base defense buildings now and no longer tied to the Fortress Army Troops Tree.

It is not shown in the pictures, but actually their OP building is the concrete emplacement and not the one used by Wehrmacht and American forces. 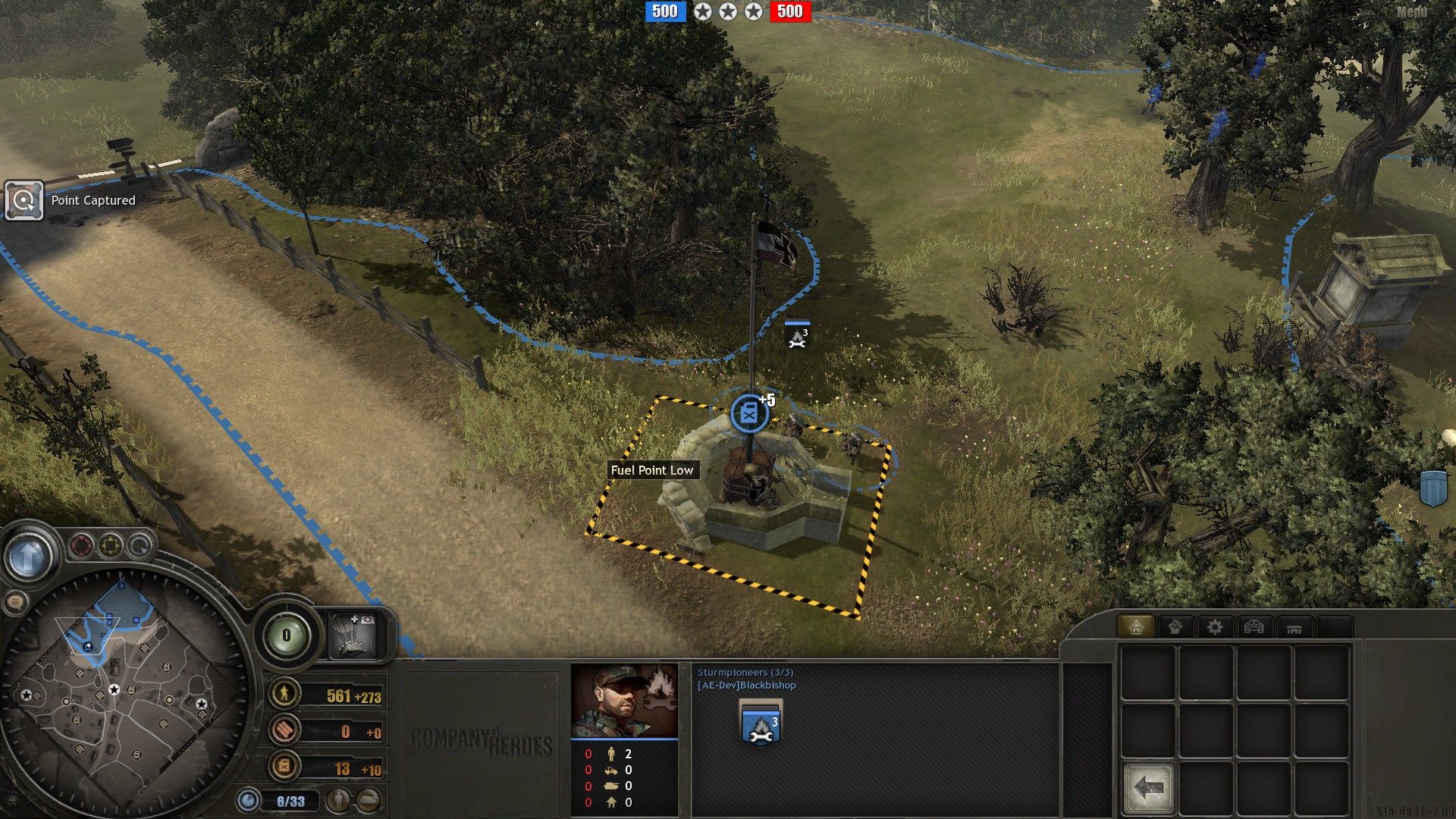 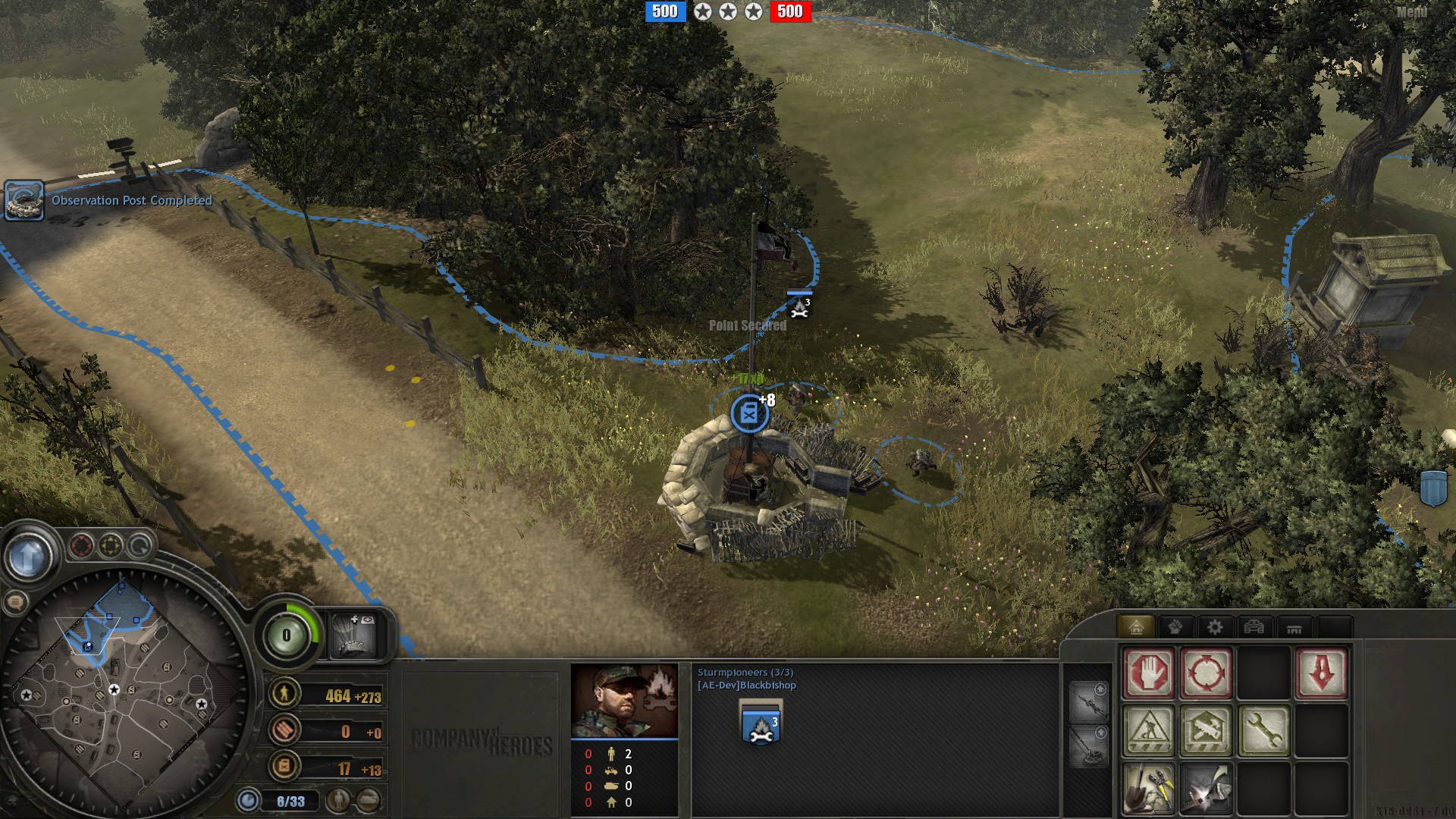 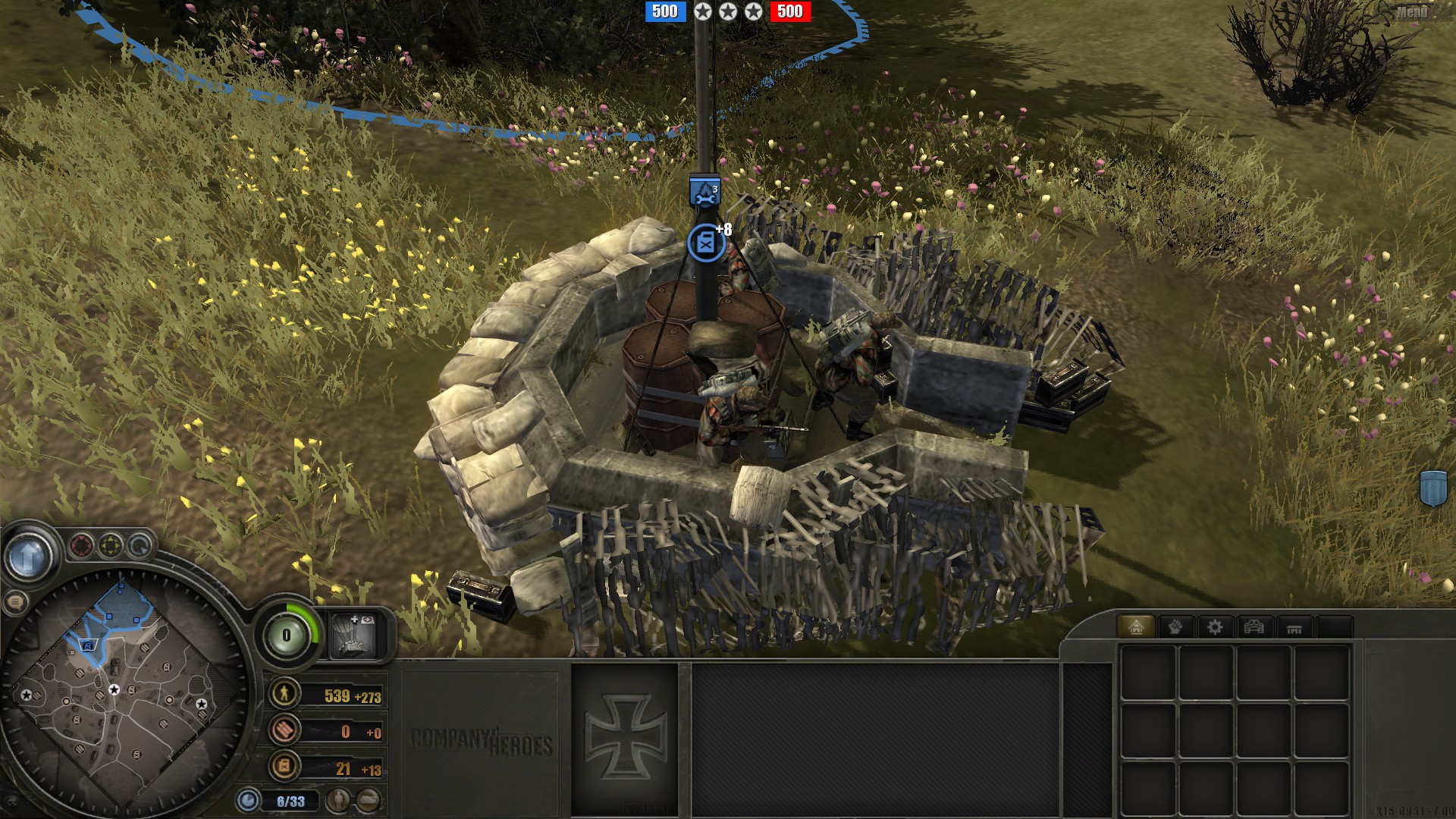 This building now features this selection of units: 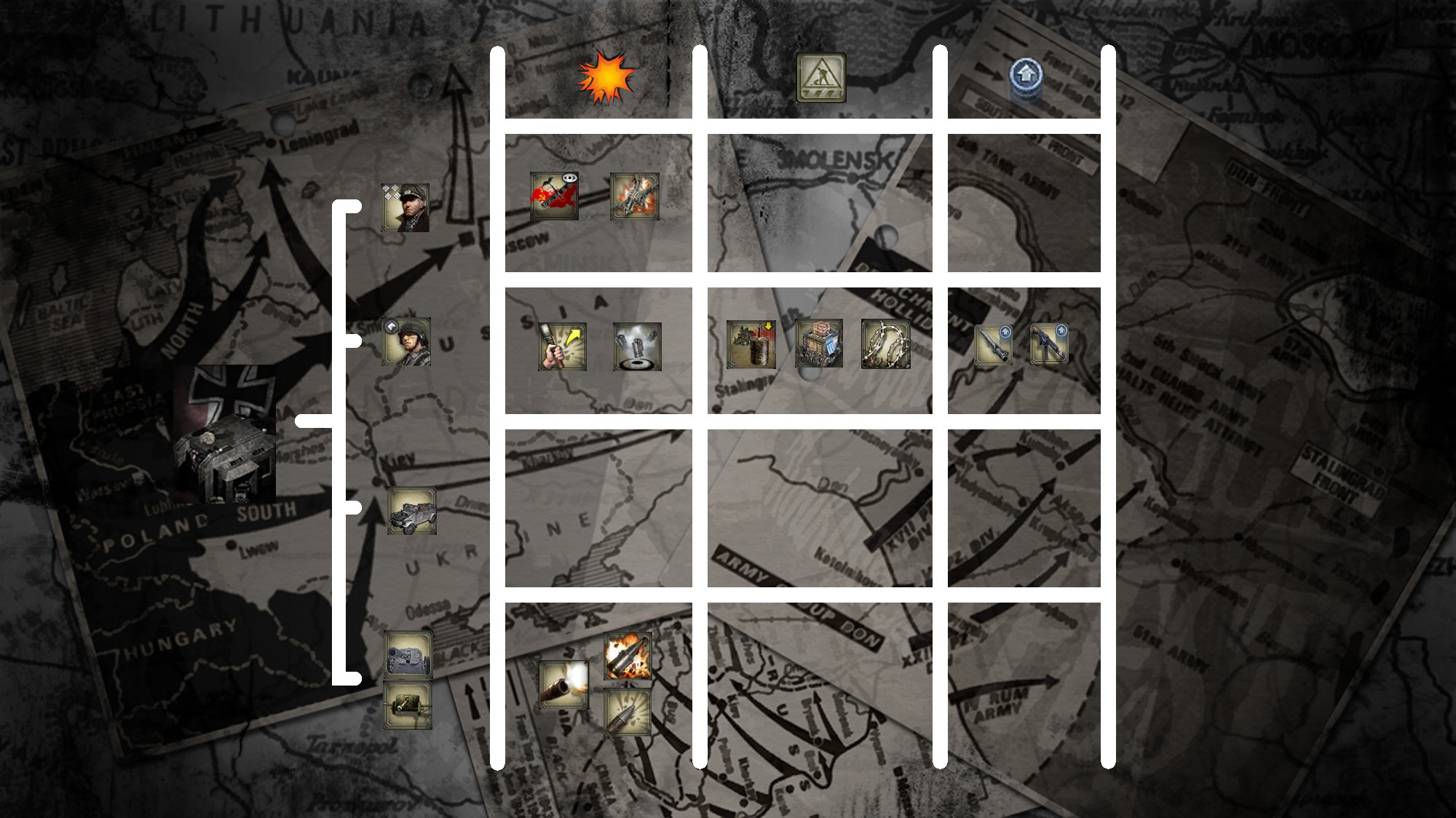 The Skirmish Commander has now two abilities related to air support: A recon one and a bomb strike one. It also continues to offer a passive aura which effect vary depending if the player researched the Assault Pool or the Support one.

Landser squads have the skills to build some defensive structures and to purchase weapon upgrades in the form of the Mkb42 (H) or the Panzerschreck 43. They also can get anti-personal and smoke grenades.

The Kubelwagen remains the same (no upgrade, both weapons available from the start).

There is an armoured vehicle counter in this building, the Pak 97/38, which is a combination of a 75mm French field gun barrel with a new muzzle break attached to a Pak 38 carriage. It’s penetration is lower than the Pak 38 but still enough to combat medium tanks without problems. It can use HEAT rounds.

Although, the Pak 97/38 was temporary a solution against the new Soviet armour due to the lack of power of the Pak 36, the real anti-tank solution was being produced at the same time, and it is the Pak 40. The Pak 40 requires the Support Vehicle Modernization level/upgrade 2 and can fire Panzergranate 40 rounds. The Pak 40 replaces the Pak 97/38 in the production building, but the units already deployed in the field won’t be replaced. 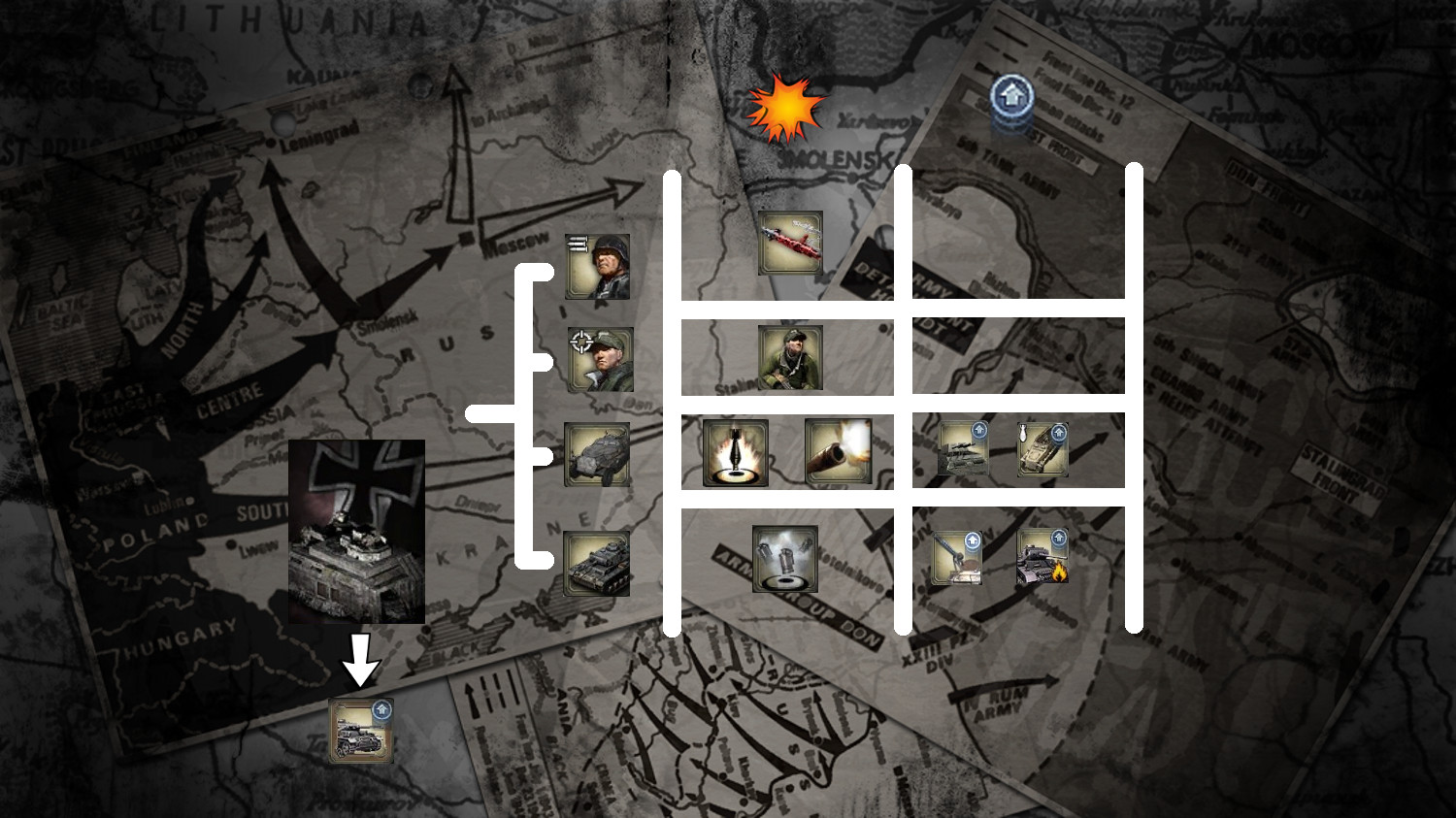 This production building is unlocked after the Tier 1 building is finished. The units it can produce are Heavy Machine Gun teams, Marksman squads, Halftracks and Panzer III tanks.

It has a single global upgrade that improves the Panzer III main gun and chassis and affects all the units already produced or to be produced.

Heavy Machine gun teams and Marksman squads remain with little changes, so you can say they are practically the same than in the previous version regarding their functions.

The Panzer III has now two cumulative upgrades: Purchase the top gunner (AA MG 34) and to make it a Flammpanzer III, replacing their anti-tank capabilities for anti-personal ones. And has a smoke ability to help to escape when in a pinch. 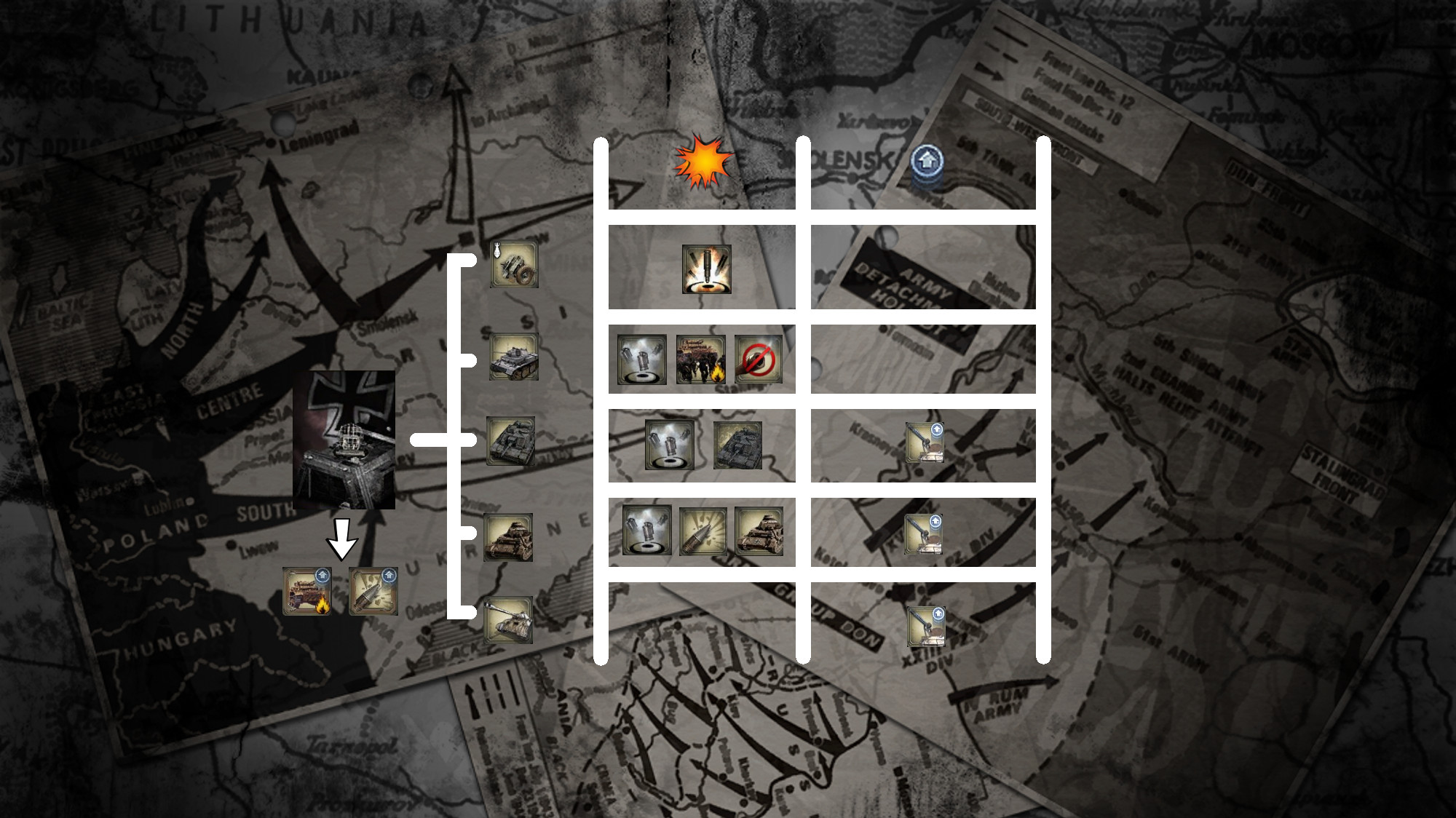 This production building has the following units to recruit: the leIG 18 team, the Panzer II “Luchs”, the StuG III, the Panzer IV and the Panzer V “Panther”. It is unlocked after the Tier 1 building is finished.

It also has two global upgrades available for the player: One for the Luchs that allows the vehicle to use phosphorus rounds; the other for the Panzer IV and Pak 40 that grants the Panzergranate 40 rounds.

The leIG 18 is an artillery unit, that can be relocated anywhere where is needed. I cannot autofire, but has a barrage ability.

The Luchs is a fast light vehicle used for recon purposes and has a 20mm KwK 38 cannon which makes it excel against infantry skirmishes.

The StuG III is an important asset against heavier armoured units, and has a camouflage skill which helps it to ambush enemy units. It can be upgraded with a MG 34 gunner.

The Panzer IV has also a camouflage skill and can be upgraded with a MG 34 gunner.

The Luchs, StuG III and Panzer IV have the same smoke discharge ability than the Panzer III.

Once unlocked, the Panther will replace the Panzer IV production but it won’t replace already deployed units. It can also be upgraded with a MG 34 gunner. 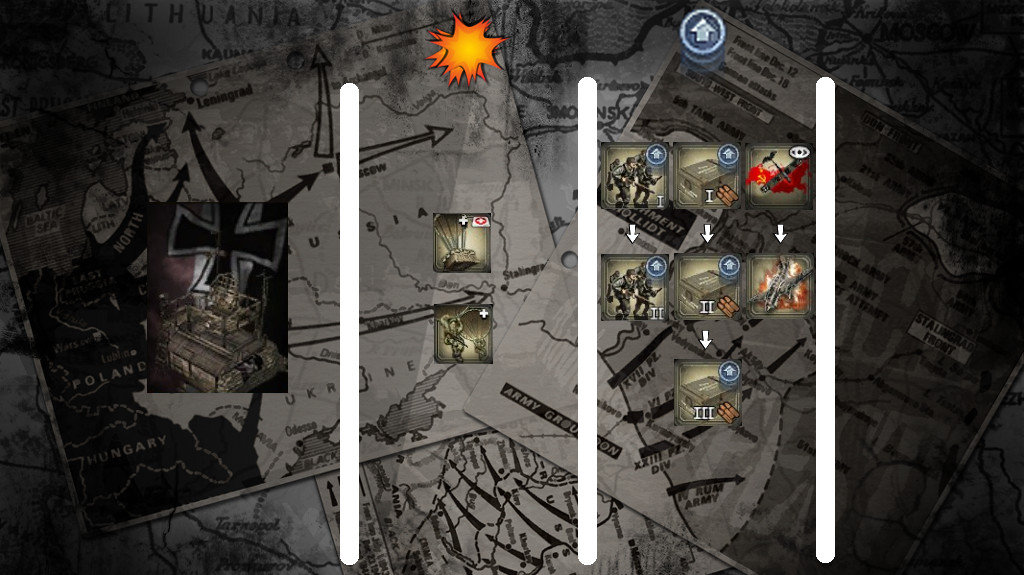 This is a new support building which makes use of the Luftwaffe Forces to improve the flow of the Ostheer gameplay. This building requires the Tier 1 to be finished to be unlocked.

The second set of upgrades are named internally Luftbrücke I, Luftbrücke II and Luftbrücke III (which would be Luftwaffe Air Bridge I, II and III in English - WIP) and increase the munition income for the Ostheer player.

The third set of upgrades are meant to unlock the Skirmish Commander squad abilities. Close-Air Support I and Close-Air Support II, the former unlocking a bf-109 to recon a requested area and the latter which unlocks a Stuka air strike which drops a bomb in the targeted area.

Building this advanced structure also grant the Ostheer player of two abilities: Medikit Airdrop and Brandenburgers. Both are more or less the same as they were in previous builds.

This would be all for this new update, but before finishing we need to say this: Thanks to the beta testers and balancers who gave us feedback to continue working into improving Eastern Front, without this we would have been in the limbo for more time.

Also, we proudly announce we have a new member helping us with the models we still need to do to release in steam, his username is Dark Sentinel. Thanks to him we can dream for a better release date. Here is a screenshot of the new KV series tanks, made by Dark Sentinel. 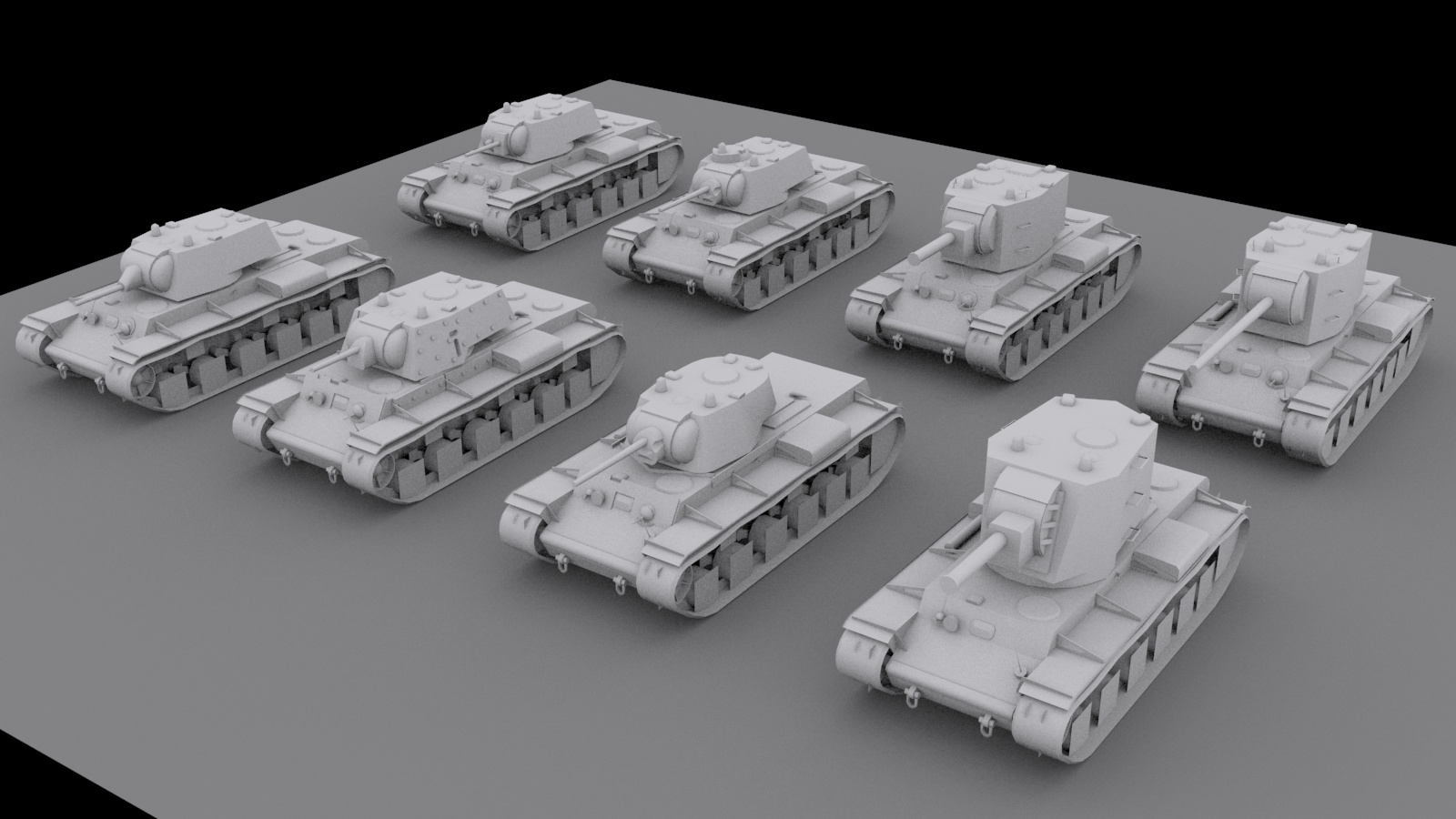 If you have any inquiry or comment feel free to leave it in the comment section, we will try to answer as fast as we can. Also, if you have a bug to report, remember to do it in the Bugs & Tech Support section in our forums (and remember to read the stickied posts before posting).

Really nice, Ostheer gets more solid as a faction with each update and this one hopefully will be the definitive version.

Those KV tanks are looking really good. I hope eventually a new model/texture is also made for the IS-2 and the ISU-152. Those are the ugliest models currently in the mod IMO.

Is there any chance we will see some day the Marder II return as a doctrinal unit?

Where is Tigеr and Kugelblitz?

Tigers can be produced instead of panthers if you are playing certain doctrine :)
KB is out from the core faction but not out at all :P

Looks great, but looks a bit unclear.
But it is normal at the beginning, you have to get used to a mod.
Anyway, I want to finally play, now! :O

What about the Command Trees? New abilities or call ins??

@ParrallelUniverse
That's for the next update ;).

RIP Marder, you performed brilliantly while you were there.

Nice looking KV tanks. Will all those different versions be buildable?

amazing, keep up the good work

Just read about this project in the recently released Far East Mod comments section. I am ashamed to say I was previously unaware of this Brobdingnagian work but am impressed by the sincerity and persistence of the Dev group.

I look forward to your release on Steam and other projects you may undertake. ~Al