This is a pre-release of 1.5. This is mainly for testing and feedback purposes. If you would like to play a stable version of the mod that has plenty of addon support, download 1.4.22 and it's patch. There is no official addon (ie. AO, OWR, STCOC) support, yet. Addon creators are more then welcome to start using the pre-release to update and rebuild their addons.

Default shadow map resolution was increased to 4096, you may reduce it for a performance boost. Pass any of these through command line:

Here are a list of other Command Line Interface options: Pastebin.com 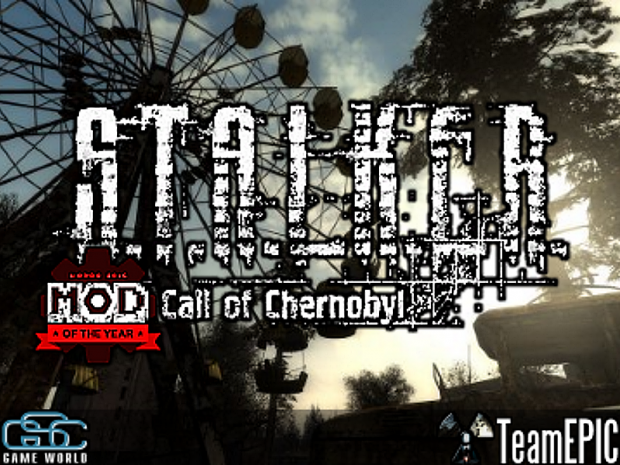 This is a pre-release of 1.5. This is mainly for testing and feedback purposes. If you would like to play a stable version of the mod that has plenty of addon support, download 1.4.22 and it's patch. There is no official addon (ie. AO, OWR, STCOC) support, yet.

This is not a patch for 1.5 R4, this is a full release version and may not work with R4 compatible addons! Old saves are no longer compatible.

Thanks for fixing sound issue from R5 so fast.
Now its no need for the extra dll's.
BTW is it planned to have the same balance for the CWP?

can the fix be applied to 1.4.22? Having issues within that version, issues with the sound.

Anyone has a fix, maybe?

how different is the damages and protections overhaul compared to vanilla?

I can agree to the damage. I got a shotgun real early on and was swarmed. I was able to chest/neck shot a ton of them with one close blank shot. The pistols seemed ok. In the end you can always edit your own damage if you play with Arsenal Overhaul. It's super easy. Hit_power and silencer_hit_power.

Downloading, Was giving a mostly ignoring some light tweaks vanilla r4 version a go but the sponginess of some npc's was starting to really irritate me so interested in the what the listed changes there do.

Granted my run with r4 was brief but short of one instance where I was taking rads and fire simultaniously and all gunshot sounds stopping until I died a few moments later pretty trouble free, Did notice that rg4 grenades at least fired from the launcher attached to a ak74 went about 20 feet at best so hopefully that's changed.

Indeed it felt better in r5, Though quite possible I was used to less of a arc from various weapons mods I haven't played much any vanilla for years.

Downloading r6 now glad I don't have a data cap lol, Enjoyed the weapon balancing and ammo drops in r5, ignoring the sound problem I think I had maybe two ctd's on a quickload then on a level transition but that's probably just stalker being stalker.

One issue I had was making a stash in the ecologists bunker in yanov strait across from where you talk to the scientist next to the locked locker with one of the new backpacks, the marker stayed but on my next visit it had either disappeared or sunk into the floor, dunno if that has always been a issue with custom stashes in there or not. Otherwise no real problems over several hours of playin.

Seems if you place it too close to something, it teleports up to the roof.

why every time i travel to the generaters it crashes?!
pls help, heres the log

for me something about bandit-o6

Is there an ETA for the complete version 1.5? Looking to start a Youtube series with it

Never, ever, ask a casual modder that question.

The answer is always, "It will be released when it's ready".

I'll keep that in my mind,thanks for the advice!

I don't know the exact release but I think it is coming in 2018.

Hello, I was thinking back to the fact that there were some maps in Lost Alpha that could be integrated into COC to make it even bigger, do you think it would be possible, or would the surface become excessive?

LA maps will never happen.
If you mean alpha versions, Cordon is pointless (too little difference compared to how much work it is), Garbage would take months due to being extremely unfinished, Dark valley is already done just needs to be finished, Yantar is once again ever less finished than Garbage...
You get the point. It's a lot of work to get them working. Even after all those years LA maps are full of errors.

How about the bar level from Wind of Time?

Are bloodsuckers supposed to be invincible. I just pumped 8 shells from a protecta into one without even injuring him.

Are you playing on Rookie mode?

1.5_R6 "Z" faction new game, Zaton Sawmill the chosen spawn, is putting the character in an empty world of fog on Generators.

Big thanks from me and (hopefully) the whole Stalker community. :o)

Is there a way to change how the AI can spot you behind 5 bushes, in pitch black darkness, half a mile away?

If you know how to extract db files with AXRToolest, look in gamedata/configs/creatures/m_stalker.ltx, vision sections.

Turn off your flashlight

That's quite an exaggeration. To be honest, AI doesn't detect me when i'm hiding behind an obstacle/bushes, 10-15 meters away from them. Sometimes, they do notice, but if you manage to get into hiding just right, they won't find you yet.

AI, as per my gameplay experience, do not detect you by nearly a hundred meters away whilst standing around without any cover. Get any nearer than that and they'll take notice of you.

If I can afford one piece of advice, I really think the power of the weapons should be revised upwards. You often have to fight to kill an enemy.

The character also runs rather slowly, which can be very tedious in the long run. I know it's not realistic to run fast when you carry 50 kilos of material in your bag, but all the same.

These worries are corrected with the Merge addon (which in addition integrates more artifacts in some of its files) and finally makes the game much more enjoyable.

So what you're saying is...your gripes are all small easily moddable things.

NPCs die very easy. They won't be nerfed more.
Running speed will not get a buff. You can run longer now.

That addon is not even compatible with R6. If you use that you basically broke the balance I worked on for a month as configs have very different values in them.

Anyway, are there any differences in settings between 1.5 full (beta) and patch 1.5?

Is Arnin's arena at Bar paying you well? I didn't get paid after fighting the dog with 30 sec triple win. They did pay me 1000RU after I won a pistol duel.

Known bug. Save before going out of the mutant fight arena and reload if you don't get rewarded.

Try to ask hom AFTER the arena door closes,it always works for me.but as always,save before you try something

Wincheaster and SPAS-12 shotguns have some extra geometry covering the screen when using iron sights.

Found a compass artifact and a gauss rifle in an unmarked stash I thought those were blacklisted.

It seems like using the quick slot items now prioritizes partially consumed items instead of fresh new ones, is this intended?

Thanks I will be trying this out and will report any bugs I find. I noticed a few R5 but was to lazy to report them as I needed to make an account. This time if they still exist then I will take the time to report them. Thanks for the hard work.
One of my fears is that modders will take their old files and just update/re-add them causing issues with current changes made. It would be best if they remade them using the current verson of the game settings. I have never modded for S.T.A.L.K.E.R. so I wouldn't know how they go about it. I can only hope of the best. Thanks for this amazing version of the game.

Can't light almost any of the fireplaces (have matches in inventory).
The only working one I found is at the newbee village at cordon.
Mods I'm using OWR for 1.5, some retextures and corpses drop money, bet they can't affect this.

Are your hands empty when trying? Also matches are unused, only there for addon or mod creators.

Forgot about this, thanks.
BTW is it planned to have the same balance for the CWP?

I'm not 100% sure, but to be honest I would like to adjust CWP to follow the base game.
It's important to mention that armor and AP is getting a revisit to make sure there is a difference between FMJ and AP ammunition.

Where can I find news about cwp? I tried with google but I didn't find anything.

Is there information about the other official addons (AO) to be updated to fit version 1.5. r6 + ?

I'm waiting for Darryl to upload the latest files.

okay, will wait as well then ;-P

But they DID cut out the fast travel option ? -.-

Am I supposed to be have the setting with on in the settings as Master and chosing Master when play the game?

I started off as a Loner in Cordon. Finding that it just take a ton of damage to kill things like boars. Noticed wild dogs are crazy fast, I got owned really quickly and was caught off guard. Good thing I quick save often.

I also got some good armour and 3 backpacks within half an hour of stating to play it. I got one normal backpack by the sash between the Loner base and the South Milatery base. One good Clearsky armour in the bushes on the behind the camp oppostite the road from the Loners base. A military backpack by the box near by the anomaly by the Loners base and one Tourist backpack by one of the boxes by the tunnel under the railway.

Noticed knife is back to the orgnial with low damage. I just started playing stalker about a month ago jumped stright into it with Merge mod, so wouldn't know if that is normal. Been having fun so far.

For the bug reports, should I report Game Environment Geometry errors are do those not matter? (Like floating backpacks or rocks on the ground, steal boxes half in the ground, terrain not clipping together - so you see the sky in the gaps, those sort of things.)

Some of the mutants were too tough, will be lowered in next version.
You got lucky. Outfits are very rare in stashes and there are just a few military and tourist backpacks around in the whole game.
If you want to report level errors create an album somewhere showing the errors, so it can be fixed later.

Okay, yeah I was sure I got lucky. In my last game, over 7 days in game without sleeping (turned off), so just pure game play. I had looted over 100 stashes. By 107th stash I finally got a basic tool set. I had by that point 4 Advanced tool sets and 7 Expert tool sets. I was just missing that first tool set.
I thought when I finally found Forester (I actually didn't know who he was as I have only played and finished the Orginal Staler). That him offering full repairs as an achivement was a good game design mechanic as he would be the last person I would give tools to get him to full upgrade.