Europe, 1946. World War II rages across Europe. Where once the Allies pressed advantage, the Nazi forces have turned the tide in dramatic fashion behind the technologically advanced war machine of General Wilhelm Strasse - Deathshead. When a final Allied assault on Deathshead's compound fails, the Allies’ greatest hope falls with it.

Europe, 1960. The war is over. And the Nazis are triumphant victors. Using unrelenting force and brutal intimidation, the Nazis have brought even the most powerful nations to their knees. The Nazi regime now rules the globe with an iron fist.

You are Captain B.J. Blazkowicz, the American War Hero. After emerging into this world of darkness, you must launch an impossible counter-offensive against the monstrous Nazi regime. Only you dare stand up against an unstoppable army of Nazi robots and hulking Super Soldiers. Only you can stop Deathshead. Only you can rewrite history. 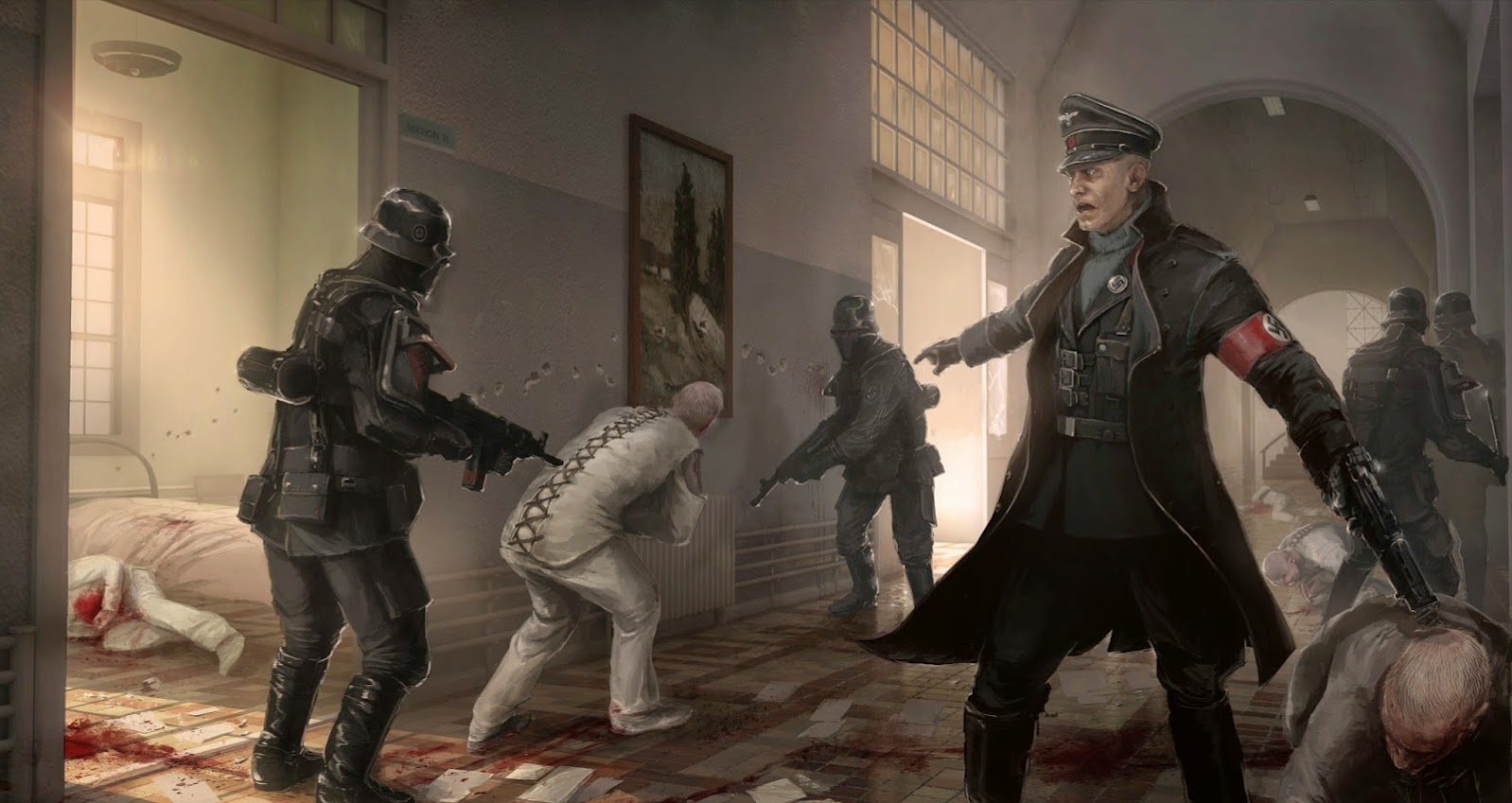 The classic FPS series Wolfenstein return soon with Wolfenstein: The New Order, which of course means more Nazis to be slaughtered. Publisher Bethesda could recently show the game in action during a Twitch-stream, which can now be seen on Youtube.

Wolfenstein: The New Order goes against the trends in the FPS genre, adding multiplayer aside for an experience only focused on the single player portion. In an alternate universe where the Nazis won World War II, one must as William Blazkowicz infiltrate their habitat and restore order in Europe. Based on the gameplay Bethesda has released, it seems that the game is based on the FPS action of the more traditional kind, where the big guns and intense combat in focus.

~ Watch gameplay of the game here ~

So what? Why downvote? What did I say?

Nothing special. Chill out, no one cares.

Apparently they do care, else he wouldn't get any downvotes.

Its a game, dont play if it bothers you.

Any mod support for this game?

Don't think so, it's a new engine, so sadly i don't think people are willing to put in the effort to crack it open

This game is literally the bees knees when it comes to SinglePlayer story telling. An improvement from the past two games in the series, a graphically better game using the same engine as Rage, an impeccable story with great voice casting and game mechanics like Stealth that are viable and work as well as dual wielding for those console gamers who don't aim (or people who just want to play Rambo) Memorable, and thank god they didn't work on multiplayer otherwise the quality of the game would have…