The epic struggle of the Hiigarans and their leader Karan S'jet continues. Many thought their hardships would end when they returned to Hiigara, yet fate has not been so kind to the Exiles. Now the Hiigarans face a new and bitter enemy, a renegade clan from the eastern fringes of the galaxy, who wield the power of the ancients.

Homeworld 2 chronicles the valiant journey of the Mothership and its crew into the oldest regions of the galaxy to confront their new foe and discover the truth behind their exile.

Today we would like to revisit where it all began, and invite those of you who didn't make the jump to the Remaster yet to come join us - the franchise is 90% off on Steam and GOG, and we are giving away 3 Copies of Homeworld:Remastered on our Discord server (see the bottom of this post).

Read on to (re)discover Homeworld and continue your past adventures in the modern day FXmod.

The FXmod was (and is) an ongoing attempt to tell the story of the 8 main races from the Homeworld Universe in one game, and bring back that sense sense of raw, sheer excitement that defined Homeworld1 (Classic) for many of us. The project began back in 2004 as a simple port made by a group of space enthusiasts on a Chinese community website (9ccn), and in 2006 the first release saw the light of day.

The FXmod fulfilled one of the most requested features at the time: to bring the classic Kushan, Taiidan, Turanic Raiders and Kadeshi from Homeworld1 to Homeworld2. Since its initial release many things have changed: Most of the people that stood at the basis of the FX:Commander mod left, and the work was picked up and continued by a new generation with an increasingly international character. Mod releases began to be localized in English, and the 8 available races were being fleshed out into fully playable factions - each with their own distinct units, abilities, and playstyles.

In the 6 years that we have been hammering away at the Remastered edition of the FXmod we have been able to do many things. We added new systems such as Achievements and Ship Naming. We took advantage of the new textures to remake many existing units in HD, as well as design brand new ones like the Taiidan Battleship.

The Progenitors have their own Fleet Command voice. The Kadeshi, Turanic Raiders, and (soon) Taiidan now have Single-Player missions. We got listed as one of the Top5 Mods for Homeworld Remastered. There is a brand new, 33-stage Challenge Mode with a unique setup, as well as additional gamemodes - have you, for instance, ever tried to play Homeworld in CTF-style? 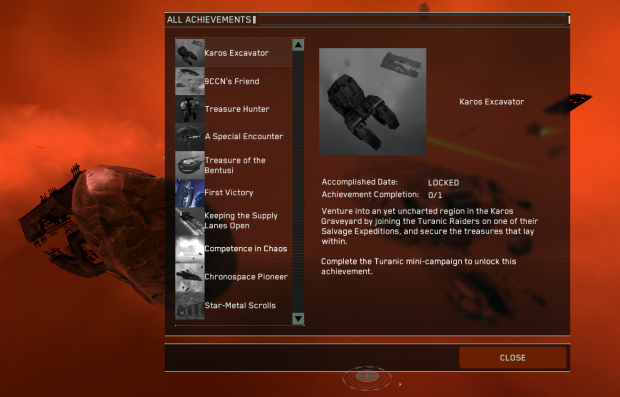 Our biggest project, though? We have a sandbox-themed RPG take on Homeworld in the works, featuring live-travel between maps, new harvesting and unit production systems, and a big universe with plenty of quests, encounters, and dangers.

We have previously released our first newsletter and some live footage, and are set to release some more previews this year. Our goal is to deliver a first, playable DEMO version before Homeworld3 is released in Q4 2022, and see what we can do from there.

One of the main reasons why people held off on the Remaster was that the base price of nearly $40 bucks may be a hurdle too far compared to what you're getting. But as chance has it, the game often is up for some major discounts - and the Winter Sale is one such occasion. Until January 5 you can pickup the Remaster at both Steam and GOG at a whopping 90% off.

Furthermore, we will also be giving away 3 copies of Homeworld Remastered on the FXmod's Discord server (click the text). It is home to both new players of the FXmod and Homeworld who started in the Remaster, but a good number of familiar faces has also been popping in back as of late.

The winners will be pulled and contacted/gifted early on January 4. That way, you can still pickup the Remastered edition for a mere 5 bucks if you weren't one of the lucky ones, as the sale ends January 5th. If you already have the Remastered Edition, a different winner will be pulled instead.

Happy Holidays everyone, and stay safe. Onto a new year, and new hopes.
-WH

New update and most likely the final

v4.0 build 427 (Not yet uploaded). New update to the mod. Might be the last version and therefore be the final release of it. Will upload it when I get...

What's Going On? The Future is Near!

It’s been six years since Slipstream: The Price of Freedom ended full-time development. There has been an attempt at revival several times since then...

A new version of Homeworld:@ now available for Homeworld: Remastered!

Not Back to School Edition – you can now play at home while taking classes online! (￣▽￣)"

The infectious good stuff will make sure you stay at home during quarantine! Pass the game, not the virus! 🙏🏻

The Tactical game mode has been refurbished for maximum KABOOM!

Back To School Edition, now comes with more addictive features!

Three years now since this "New Update" did not become available.

On December 5, 2016 (over two [2] years ago) this "NEW" Update was announced with the note that it was as yet not uploaded: When do you suppose that it will in fact be uploaded?

The only one problem with this game is that my Taiidan nation, the best from the bests, didn't mentioned here.

Someone hoping to make this story missions.
Add a new ship is also here. Modes to the universe.